Person of the Week: Tony Williams 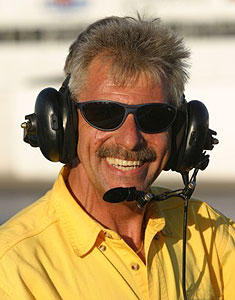 Born September 28, 1954, in Berlin, New Jersey, Tony Williams is one of the dozens of people who can attribute their racing careers to Atco Raceway. Tony started going to Atco in 1967 when he was thirteen years old. His first experience going to Atco was a gift. Tony was an altar boy for Our Lady of Mt. Carmel School in Berlin. Father Mathews who drove a ‘67 369 SS impala took all the altar boys to the track to see his brother race. That’s when it all started. Being that he was too young to drive, Tony would hitch hike or walk to the track after that. The problem was, back then you had to be seventeen years old to get in the pit area. So he did what any red-blooded American kid did in the 60’s, he snuck in.

Tony’s thirst for drag racing news kept getting him in trouble. When the regular paying people came through the front gate they received the local drag paper The Atco Wheel. In order for Tony to get a copy, he would pull his hat down low and walk up to track owner, Jack Musilli, and ask for a paper. Jack being no dummy and never letting a nickel slip through the crack would grab Tony and escort him out the front gate. Eventually one of Jack’s business partners, Paul Jaffe, felt sorry for Tony and gave him a job. Bob Van Sciver and NHRA legend Bob Frey were the track announcers. At 16 yrs old Tony was hired as an announcer-in-training, training under Bob Frey. He had to be escorted from the spectator area to the tower and was forbidden to leave until the night was over. Eventually he was shipped down to Cecil County Raceway where he and Mike Frey (Bob’s brother) were announcers.

From 1975–1988 Tony pulled double duty working for both Atco and as a truck driver, ironically where he met the late Grady Brackett, alumni starter for Prostar. In the late 80’s, Van Sciver became the owner of Atco Raceway and took on partner Joe Sway. Tony became the track starter. One of Tony’s two most memorable days in drag racing was helping Van Sciver, Bud Zamba, Chuck Headley (another alumni starter for Prostar) and others saved famed Jet Car Driver, Roger Gustin’s life. Roger’s car went off the left side of the track past the finish line and upside-down into the swamp. In those days the guardrail stopped at the scoreboards. When they got to him, Gustin was unconscious and his helmet under water. Fire diver Zamba single-handedly lifted the car up high enough so everyone else could get under the car to get it back on all four. They extracted Roger and perform CPR, bringing him back to life. Tony said without Bud, Roger would have died. Today Roger is the owner of the Super Chevy Show.

Incidentally, Van Sciver, Sway, Musilli and Jaffe were all partners in Prostar at one time or another. But that’s another story for another day. The record books will show that the founding fathers of AMA Dragbike, formerly AMA/Prostar, formerly Prostar Motorcycle Drag Racing, formerly IHRA Motorcycle Division were Bob Frey, Joe Sway, Keith (Scooter) Kizer and Carl Stieffenhofer. But, Tony Williams deserves to be included in that group as well. Tony has been a staple at AMA Dragbike since day one. Long before Louis Bloom even liked motorcycles Tony was the original announcer for the series. He was also one of Joe’s over-the-road drivers who got the equipment to the track and was always the guy who prepped the track even when he announced. And to top it off he was also the Editor-In-Chief of the Prostar Report from 1990-1994. From 1994-1998, Tony served as Editor-in-Chief for Drag Times magazine and announced at the AHDRA events.

For those anxious to know Tony’s other top two memories. It was Larry “Spiderman” McBride running Prostar’s first five-second pass. Not so much that it was done, but because the late Dragbike.com founder Marty Kane told Tony “You will never be able to prep a track well enough to get a motorcycle in the fives. Tony got the last laugh. Sadly Marty didn’t live to see the first five. But, he would have been the first to shake Tony’s hand.

Outside of racing, Tony’s day job is working for his son, Anthony Williams III at his car dealership (AllOnlineUsedCars.com) in Felton, Delaware. For the first time in his life, Tony is not living in the 609 area code. Don’t say it. As far as anyone who has ever been to Atco, area code 856 is still 609 to the die hards. Now he calls 302 home.

HEROES: Bob Frey, Jack Musilli and Paul Jaffe for giving him the opportunity to get involved in drag racing in its pivotal years allowing him to meet and become personal friends with the legends of the sport.