Person of the Week : Greg Russell 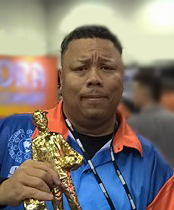 When did you realize you had a talent to put pencil to paper and sketch or draw something people would love?

The first time I realize it I was still living with my parents when I was younger. I would draw at the track on Sunday and work on a picture through the week until I had it just right. My dad and his friends had a huge impact on my enthusiasm as they would encourage me to  keep at it. So it turned out to be a great bonding experience at the track with my Dad and brother working on the race car performance while I captured the moments.

Who was the first person you remember doing a rendering for in racing?

It was Bret and Vicky Fanning of Texas, they had an exhibition Funny Truck concept and needed some visual look for it. Dave Lindsey, who was working for Tom Hoover at the time, told them about me. I met them at a race and we sketched out a design on a napkin, and giving this was before e-mail and cell phone,  made it interesting.

Did you always draw motorcycles and cars, or have you ventured into other areas of interest?

Yes, I also do business cards, logos, crew shirts, and abstract art. But my passion is motorcycles and race cars.

Most of what people see online is drag racing related. Have you done things for drivers outside of drag racing?

Well I am currently working with Dave Conforti of Worldwide Bearings on a few novelty T-Shirt designs along with a number of upcoming projects. In the 90’s Chris Vandergriff who is a former Top Fuel Racer had a business manufacturing NASCAR race trucks in Georgia, and I designed truck’s for him and his customers. 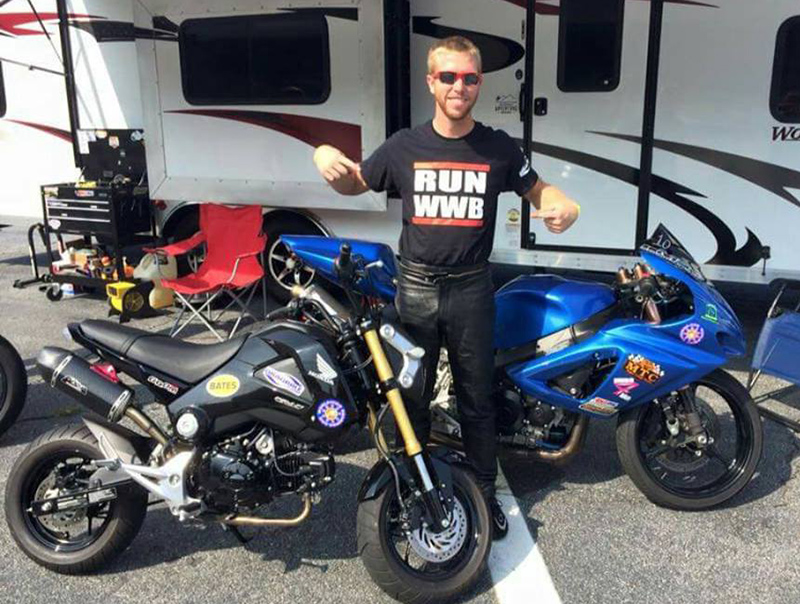 What is the process like? Does the client give you an idea about what they want or are they typically specific?

Yes most of my customers are very specific, which helps me get it done in a timely manner. But I’ve been very lucky for the most part, a lot of my customers usually see some of my other work and they would like me to go in a similar direction. But I also get clients that say ‘Go nuts, and just get me BEST APPEARING’!

How much do you depend on the computer these days to help with a rendering?

The computer is an essential part of the process in getting thing’s done on time, at any giving point I will have six computers going at the some time! 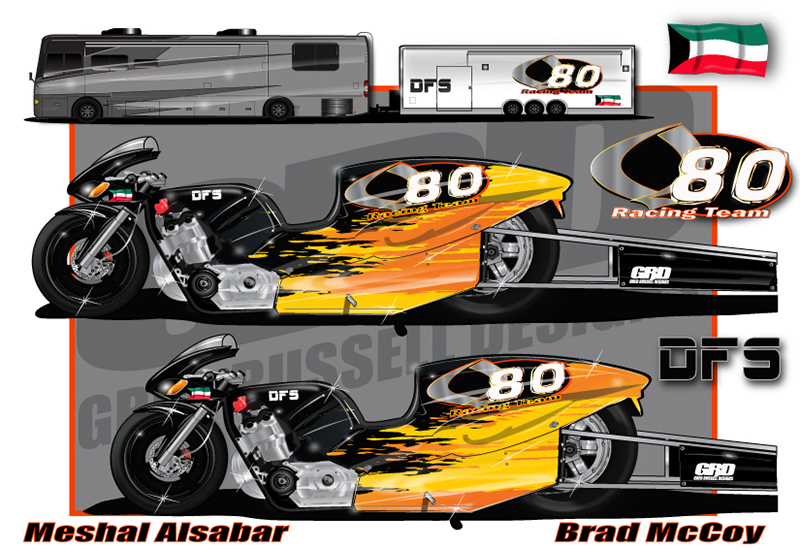 What is it like to see your drawing go from the computer screen to reality?

You know, I almost can’t describe the feelings and emotions that come over me when I see one of my designs. You have to understand where I came from, I grow up in Atlanta, GA in a low income housing community with my parents, my sister and brother. I don’t mind saying that because I think it’s important to let others know about a persons humble beginnings. I had one goal in life back then, to one day go to a drag race like the one’s I’ve seen on TV! So now it’s like WOW to just see something that I came up the with in my office and see it on TV or in person. It’s almost like an out of body experience.  I try to describe it to my friends, it’s like if you designed a football jersey for ‘Russell Wilson’ and he’s wearing it in the Superbowl!

Does each type of vehicle have it’s own challenges when it comes to making it look realistic?

Yes but that’s the fun part, it makes it interesting for me. I love the challenge and when it’s a completed job, especially on a tight deadline, it becomes a confident booster. But I always stay humble. 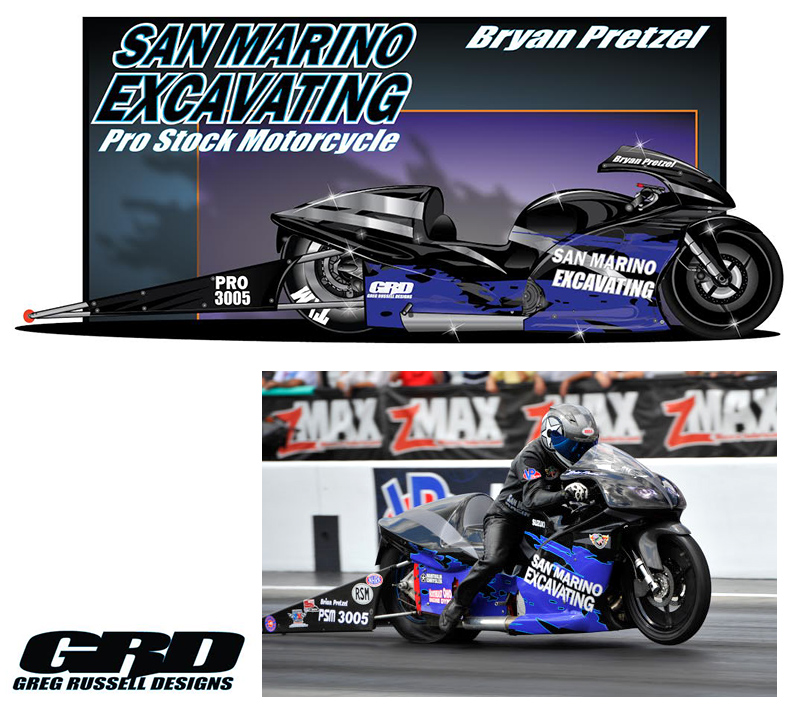 How long does it usually take you to complete one from start to finish?

It just depends on what’s involved , the most important thing is to communicate with your customer keep them in the loop at all time’s nobody like’s to be in limbo especially when they are depending on you to get the job done. 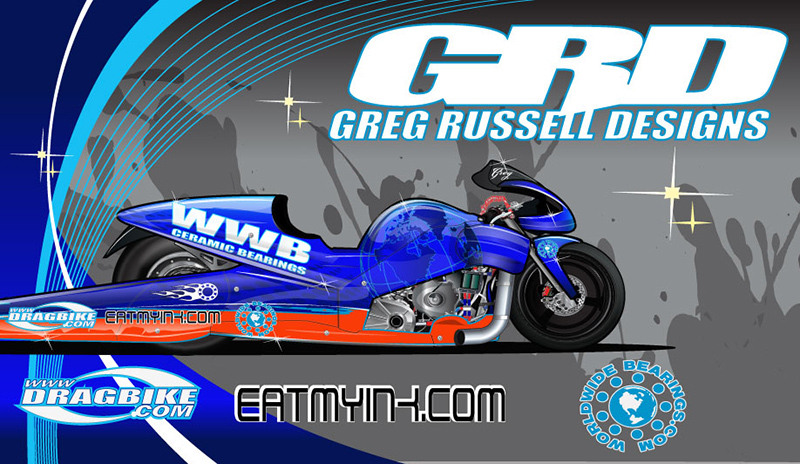 Who are some of the people you had the opportunity to work with? 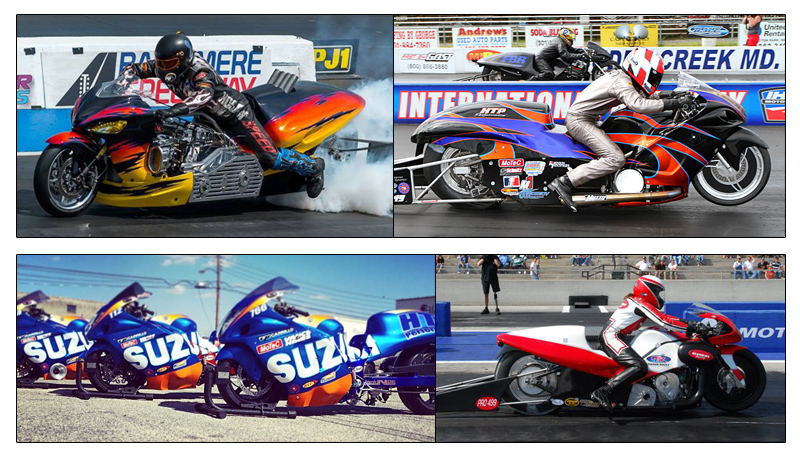 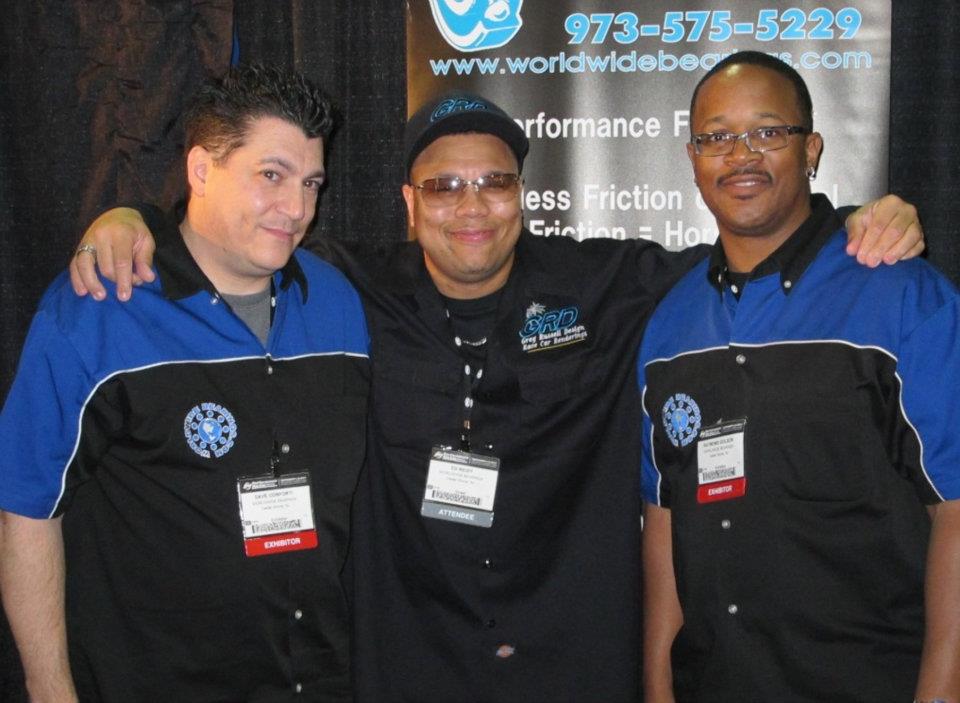 How do people get in touch with you if they want something done? 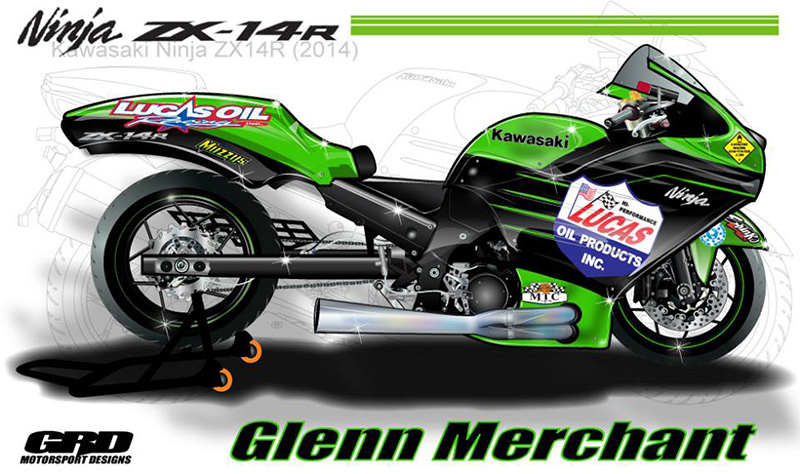 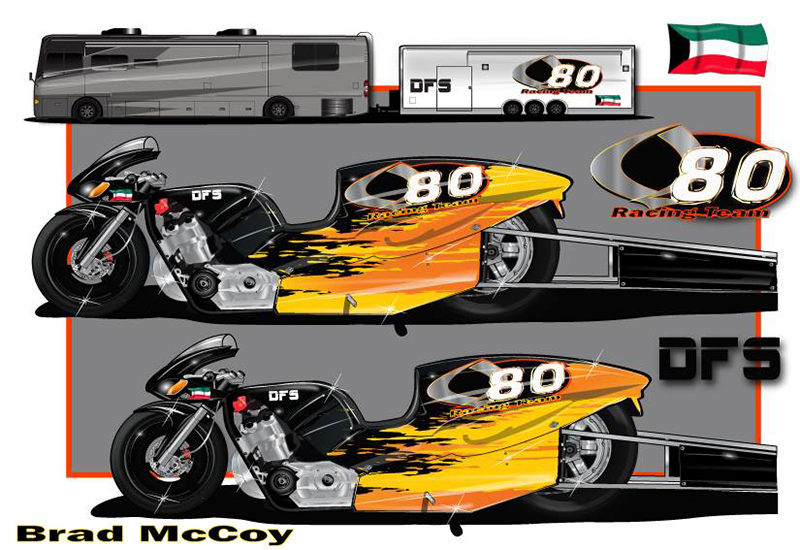 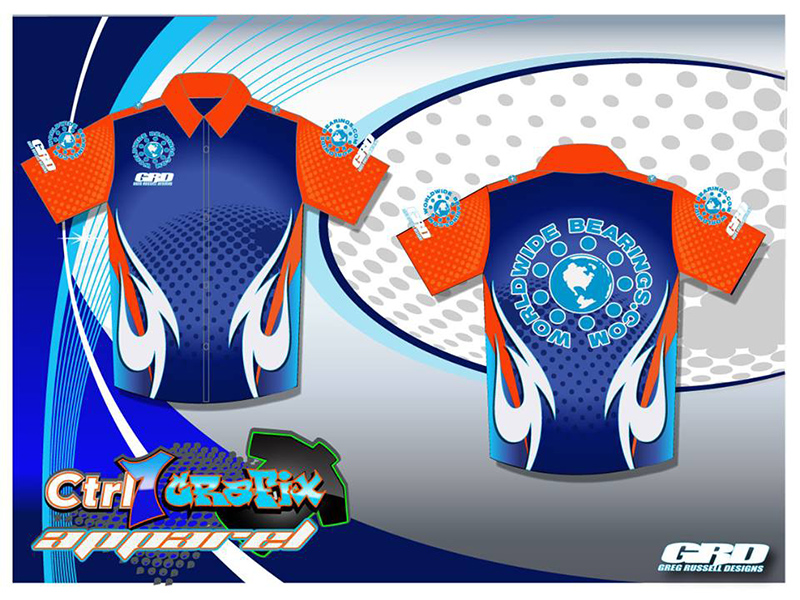 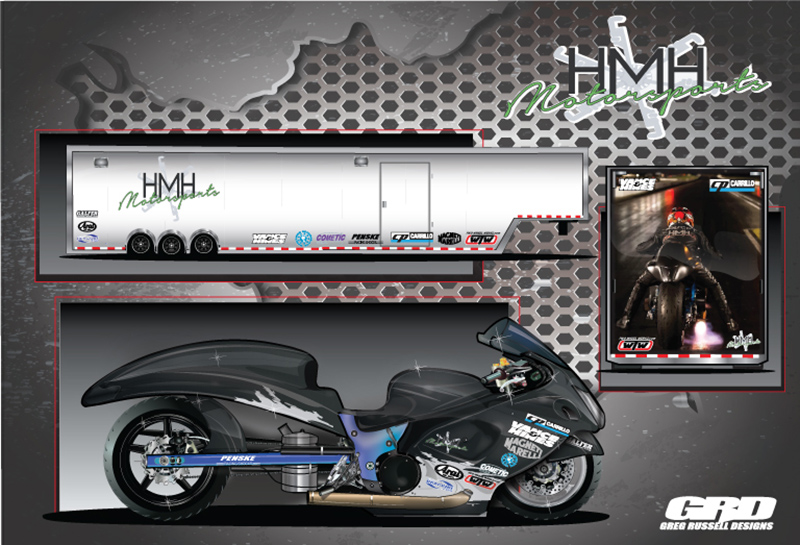 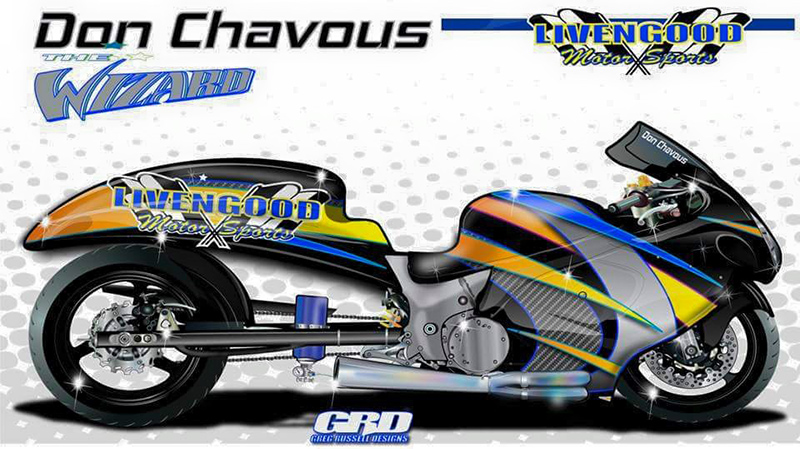 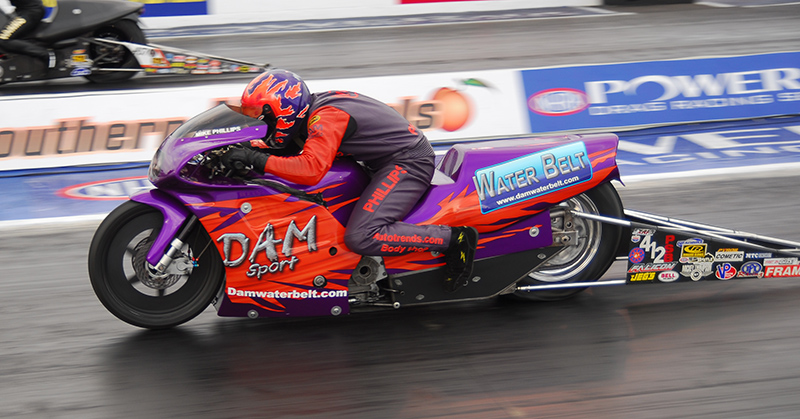 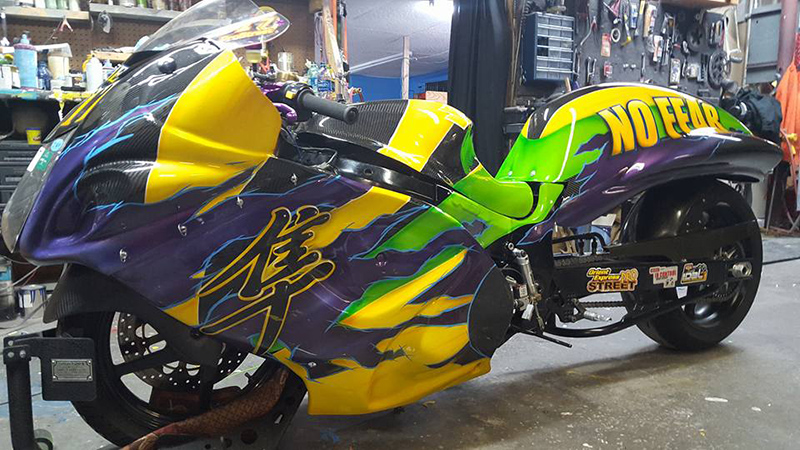