After a week in lockdown, Western Australian drag racing competitors were free to hit the Perth Motorplex drag strip for the Super Sportsman Showdown on Sunday.

Hot and humid conditions made life difficult for those seeking horsepower, but the strongest teams were rewarded with valuable series points as the WA Drag Racing Championship enters its final few events of the season. 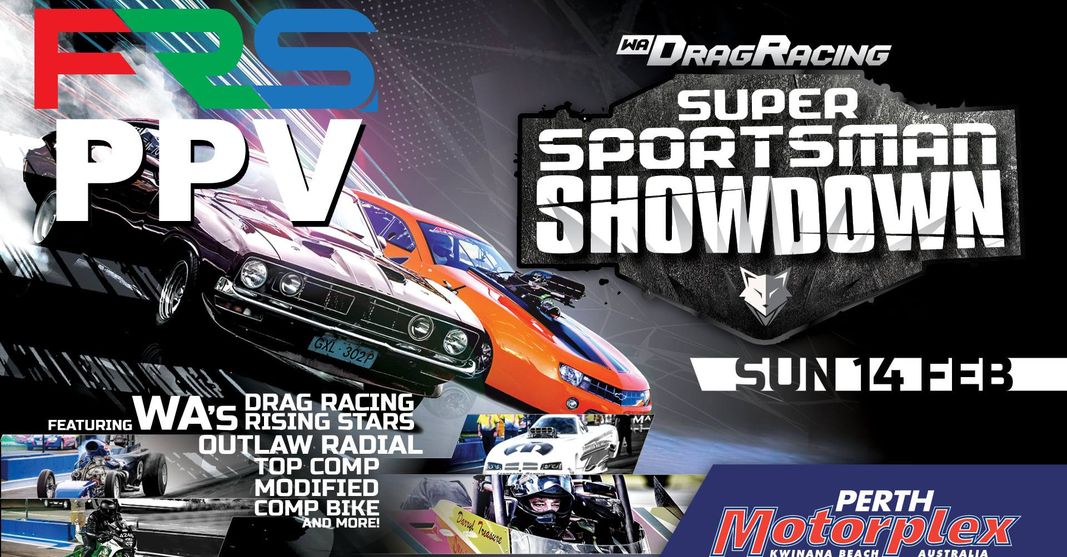 In Modified Bike, Noel Watson closed the gap on Modified Bike series leader Ian Read thanks to his first win of the season in what remains one of the tightest championship classes. Watson was thankful to finally notch a victory.

“We lost the last final we got into so I was pretty nervous about today’s one,” he said. “Every race we had today we got pretty lucky with everything.” 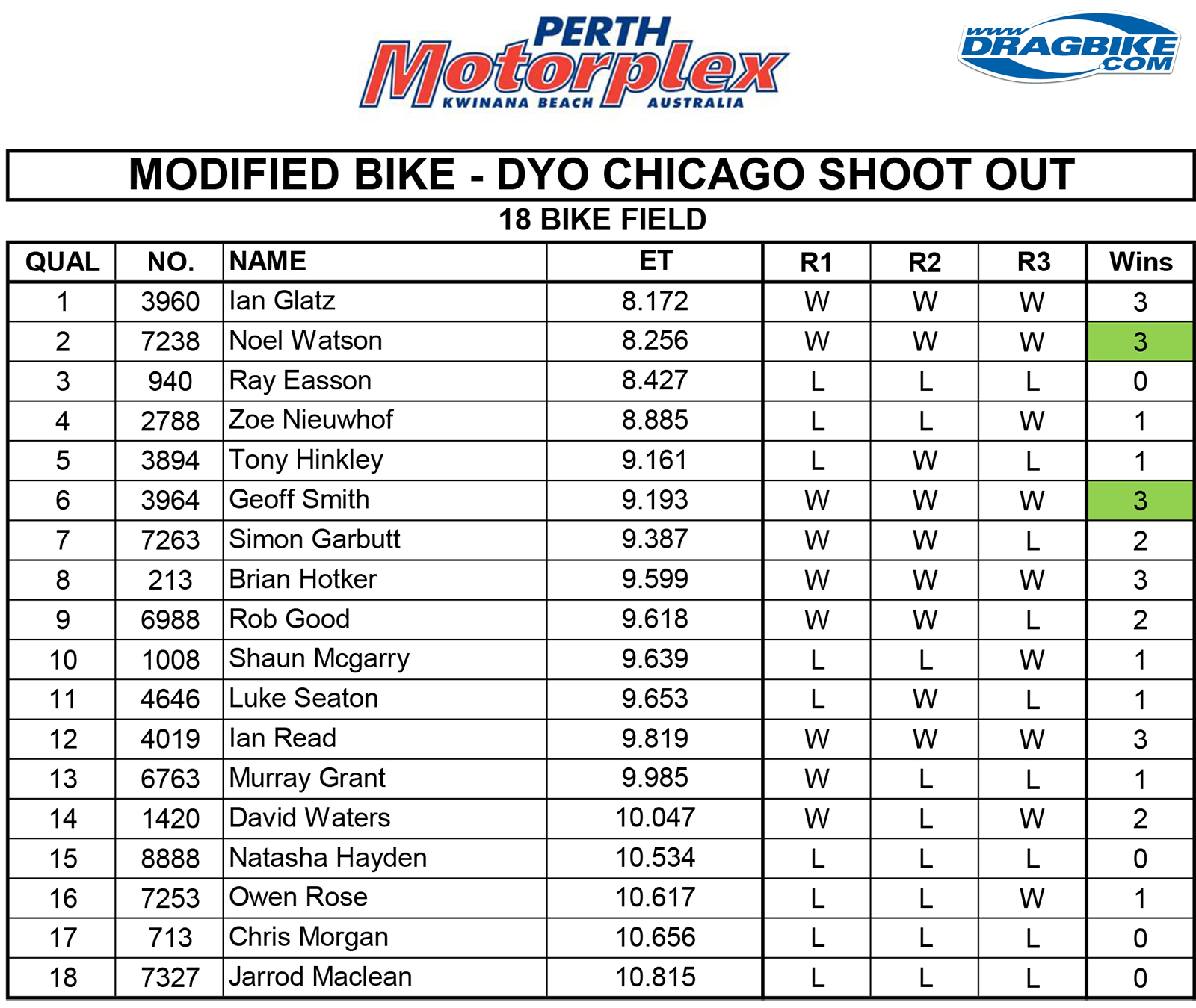 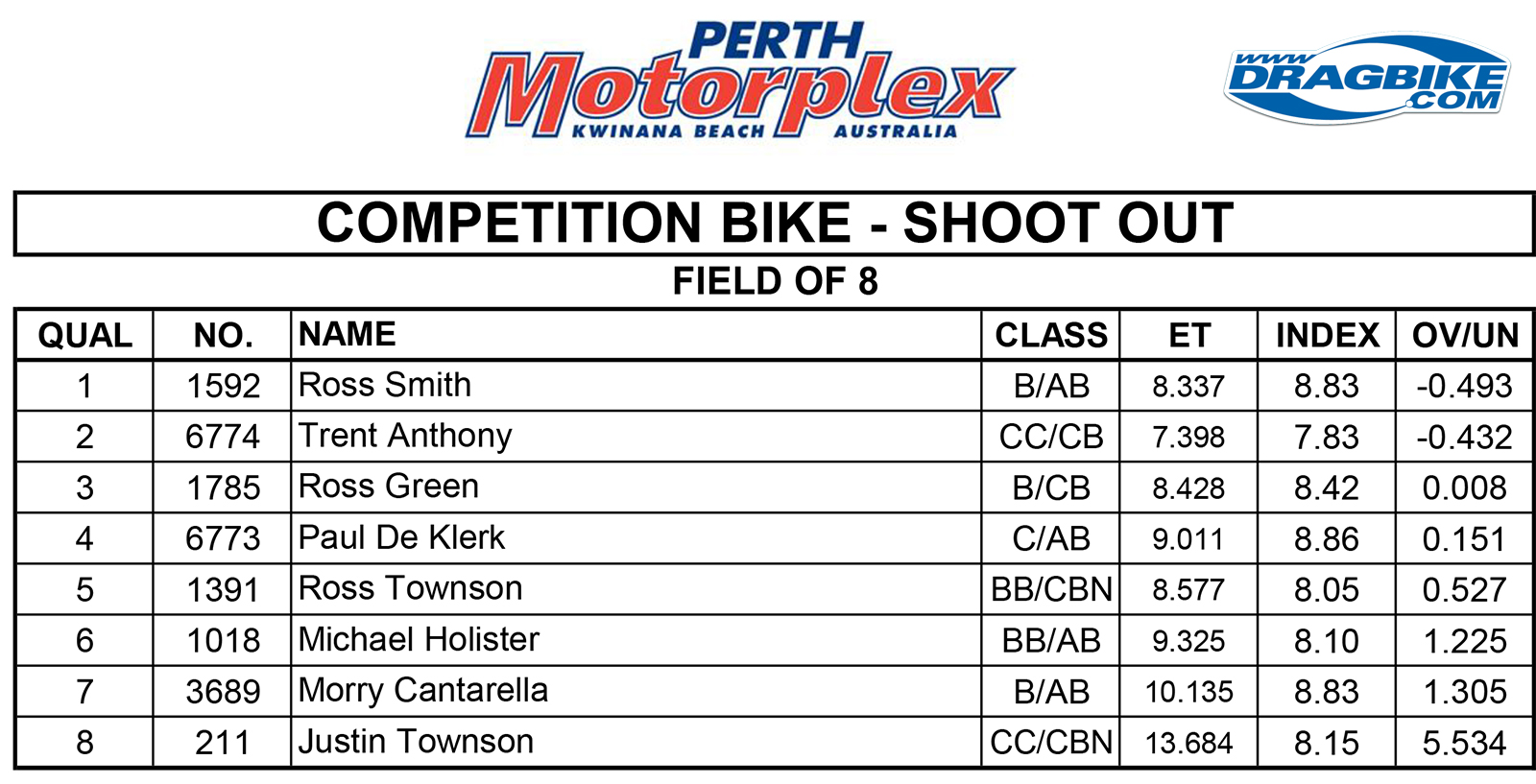 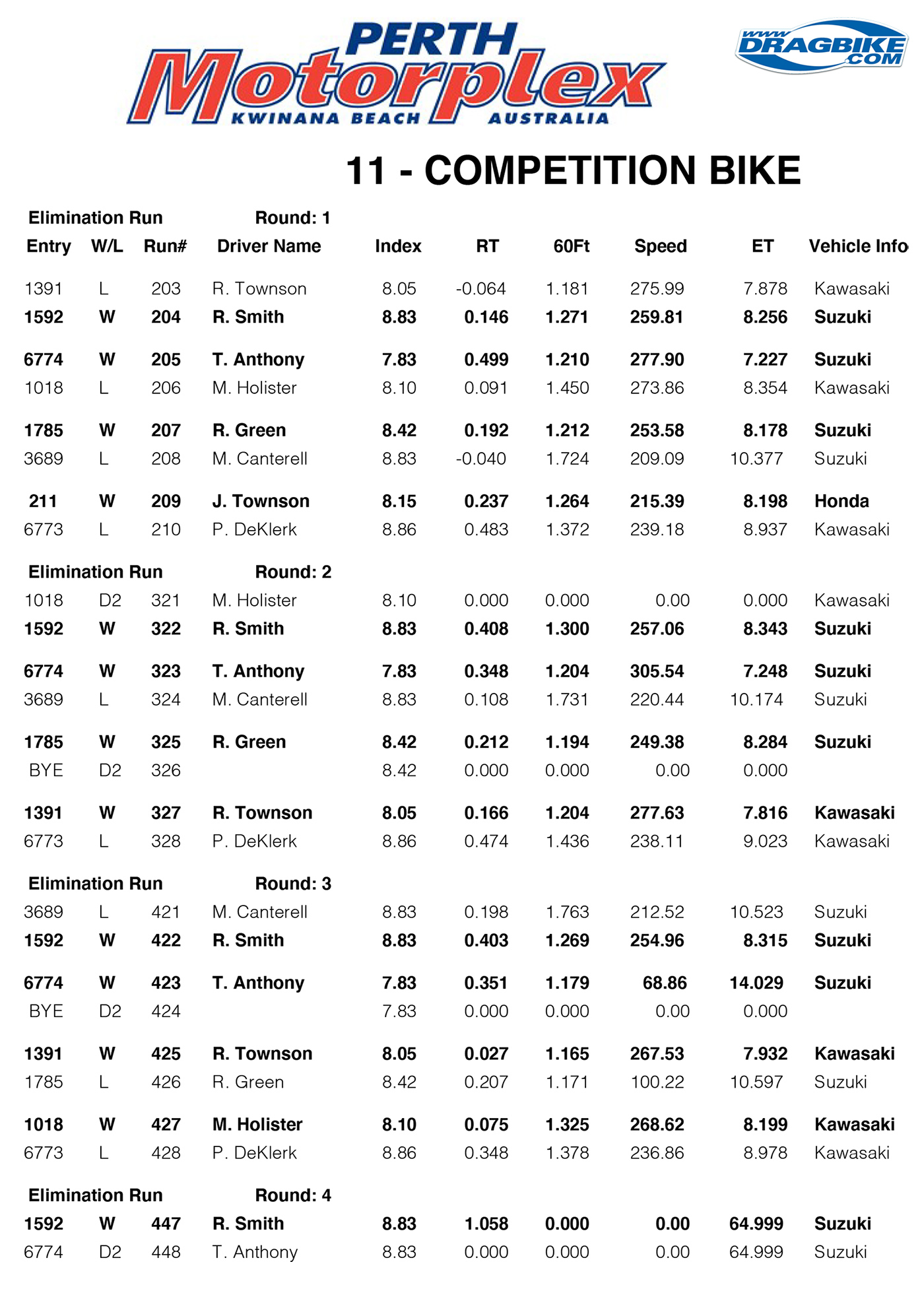 Top Comp received an influx of Top Doorslammer teams keen to do testing before the 50th Annual Westernationals in two weeks. It was one of those drivers, John Zappia, who walked away with the Super Sportsman Showdown victory after a stunning 5.701sec. pass in the final round.

“We came out for the final knowing we would give Wayne a 0.28sec. head start because of the difference in class handicaps in Top Comp,” Zappia said. “At first I thought I saw too much of the orange lights and that Wayne would get the holeshot, but it turned out I was slightly ahead in the reaction times. He got into trouble and we were able to go through for the win.”

Zappia was testing a new engine, but he still approached every race as if it was for a championship.

“We got a good baseline for the Westernationals,” he said. “If we had cooler conditions or we were racing at night it would have been in the 5.6s.”

While it was Keys’ first loss of what has otherwise been a perfect season, the points from runner up were still enough to virtually hand the overall Top Comp championship to him with three events remaining.

Modified winner Wroe was able to extend his championship lead – but the fight in Modified remains extremely close with rookie Kasey McClure in hot pursuit.

“We are really comfortable with our car at the moment and some small changes really helped,” Wroe said. “We will take it one meet at a time, one race at a time.”

The drag racing scene’s attention next turns to the 50th Annual Westernationals, to be held on February 27 and 28. The event will feature round five of the Direct Mining & Industrial Summer Slam, plus ANDRA’s Summit Racing Equipment Sportsman Series. For more information, visit www.motorplex.com.au