Photo of the Week : Andrew Hines

Andrew Hines scored his first win of the season at the Carlyle Tools NHRA Nationals at zMAX Dragway near Charlotte, NC. The win came one race too late for Hines as a similar performance at Indy could have gotten him into the “Countdown” championship playoff.

As it is Hines will play spoiler for teammate Eddie Krawiec.

The win in North Carolina marked the first for the Harley-Davidson team since their dominating performance in 2012 where the duo of Hines and Krawiec won 15 of the 16 events culminating in the third championship for Krawiec.

Off-season rules changes forced the team to develop and produce a new motor in only three months. It’s been a struggle with each rider qualifying in the back half of the field and going out in round one more than a few times this year.

The red must have had an effect on the competition as three riders redlighted against Hines in eliminations including Hector Arana in the final.

“They made the tree match my suit,” quipped Hines following the win.

The other round win for Hines came via a holeshot over number one qualifier Matt Smith in the second round.

“With everything that happened over the winter and building a new engine this is a very satisfying win,” said Hines. “The setback brought our team together more than ever. We decided to put a new motor in it for the final and we changed it out in 25 minutes. That thrash was the best part of the day for me. We all worked like a machine using non-verbal communication. It was very gratifying to win like we did.” 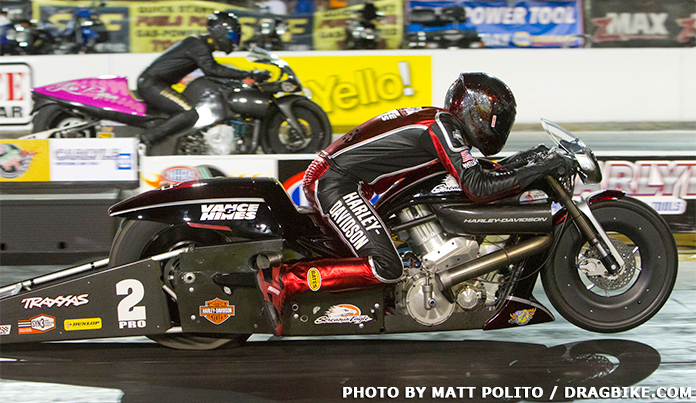 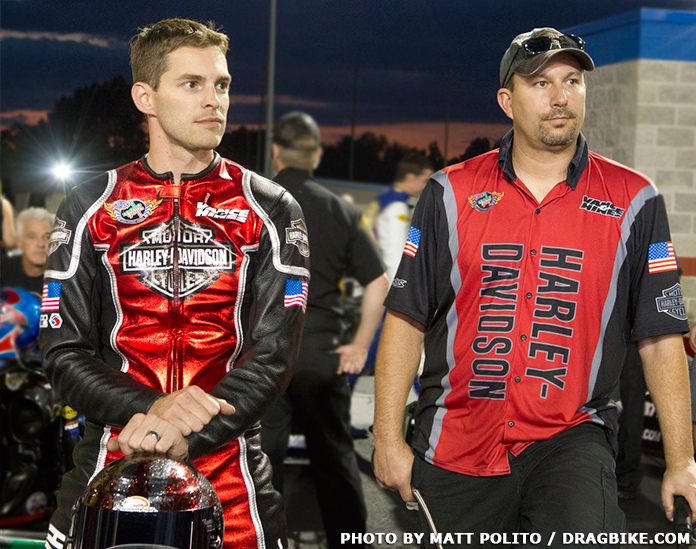