Photo of the Week : Antron Brown

The exclusive list, which was announced Monday on the NBC “Today Show,” honors Black History Month by highlighting the next generation of African-American history makers who are making a difference in the lives of all Americans. TheGrio’s 100 honorees come from various fields of work, including business, education, sports, science and the environment, media, service and activism, politics, health, pop culture and the arts. 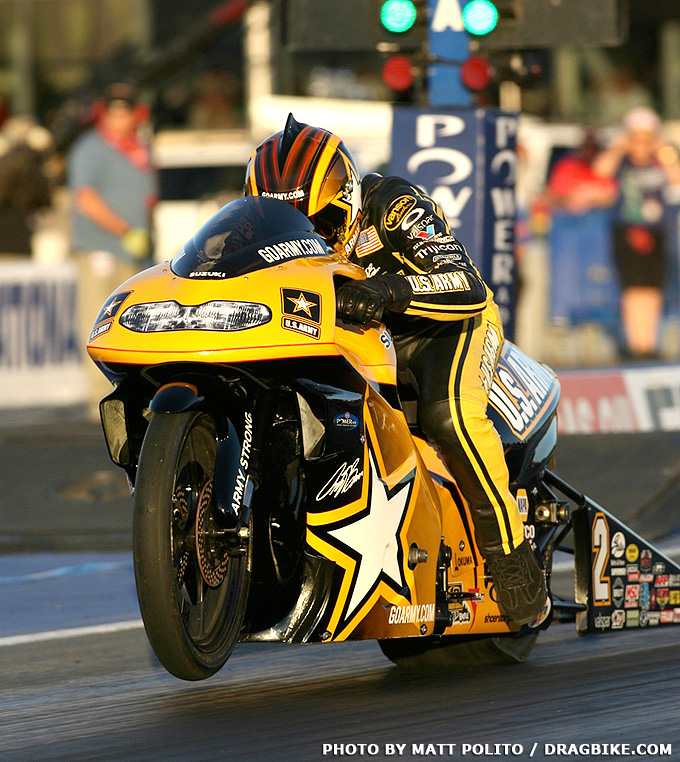 It has been a whirlwind few months for Brown, 36, a native of New Jersey who lives with his family in Pittsboro, Ind., outside of Indianapolis. He became the first African-American to win a major U.S. auto racing championship when he steered Don Schumacher Racing’s Matco Tools Top Fuel Dragster to the world championship in the National Hot Rod Association (NHRA) Mello Yello Drag Racing Series.

“It isn’t often that I’m at a loss for words, but I can’t describe what it means to me and my whole family to have my name on TheGrio’s 100,” Brown said. “I mean, I’m on a list with so many great people who save lives and are world leaders. It’s incredible.

“I’m humbled and honored to be the first African-American in our sport to get the championship,” he said in an interview with ESPN.com. “But, at the end of the day, I never looked at it like that. I wanted to get respect for the kind of person I am and for the kind of racer I am. I take it as a privilege and it motivates me to realize that you can fulfill your dreams no matter what color you are.”

In addition to his accomplishments on racetracks and as a sprinter in college, he devotes considerable time to motivate high school and college students throughout the country.

The TheGrio’s 100 honorees, including Brown, will be profiled on NBC News platforms, including “NBC Nightly News,” “Today,” NBCNews.com and MSNBC throughout the month of February.

This year’s list includes newsmakers and celebrities like UN Ambassador Susan Rice and NBA star and author Amar’e Stoudemire, along with upcoming leaders such as Svante Myrick, the 25 year-old mayor of Ithaca, N.Y., and Vince and Vance Moss, brothers who led a medical mission to Afghanistan.

“This year’s list shines a light on those African-American leaders who may be lesser known but are doing incredible work in their communities, while also highlighting recognizable names for work you may not know they’re doing,” said David Wilson, executive editor of theGrio.com.

“The goal of ‘TheGrio’s 100’ is to go beyond the rear-view conversations about Black History Month, and instead take a look at where we’re going. This year’s honorees are a great sampling of the leaders who are taking us there.”

About theGrio
TheGrio.com is the first video-centric news community site devoted to providing African Americans with stories and perspectives that appeal to them but are underrepresented in existing national news outlets. TheGrio features aggregated and original video packages, news articles and blogs on topics from breaking news, politics, health, business and entertainment, which concern its niche audience.
TheGrio is brought to you through the cooperation of NBC News and the production team that brought you the documentary film, “Meeting David Wilson.”
The goal of TheGrio is to be the news portal that satisfies the desire of African Americans to stay informed and connected with their community. TheGrio’s editorial mandate is to focus on news and events that have a unique interest and/or pronounced impact within the national African Americans audience. 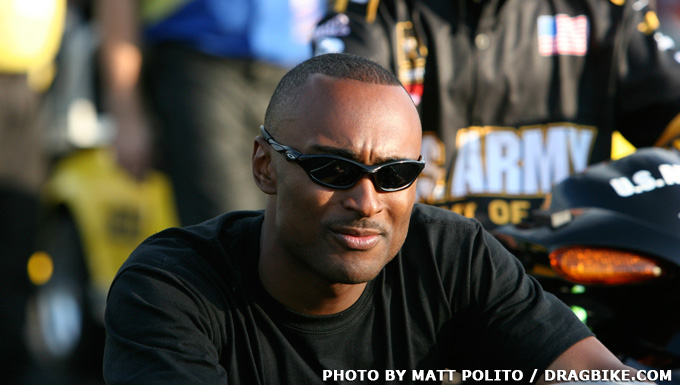 Couple of the Week - Rob and Lisa Bennett Lisa grew up in Panama and didn’t even see snow until she was 10 years old...
Read more
Photo of the Week

Chris 'Bois' Reed putting down power in Super Street Bike with a pink tutu skirt! Father like daughter? Shot was taken by Rose Hughes at the Festival...
Read more
Photo of the Week