Professional Motocross racer turned drag racer, Doug Gall, is having a
break-out year. For the second time this season Doug has won Pro Street
on his Turbo Suzuki Hayabusa. While Doug’s consistently fast passes are
impressive and keep putting him in the winner’s circle, it’s what
happens after he wins that is keeping the drag racing community’s
attention. Pro Street bikes currently in competition cost anywhere from
$40,000 to $90,000 to build and maintain during one season, and are
usually handled with extreme care. Doug Gall has left us speechless with
the handling of his expensive machine with his insane ‘Victory
Burnouts’.

Doug heads back to Maryland this weekend for the MIROCK Summer Nationals where he has yet to leave his
mark on the track. If Doug Gall wins, be sure to head to the winners
circle, because you don’t want to miss the celebration. 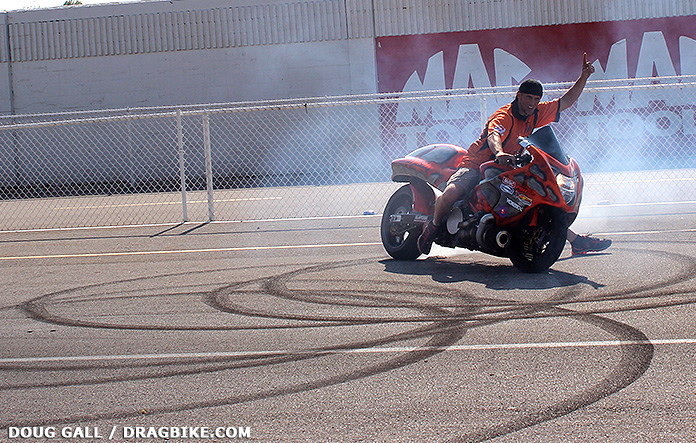