Photo of the Week : George Bryce and Angelle Sampey

It was the beginning of what would become one of the most successful partnerships in the history of motorcycle drag racing.

Seeling (who’s name was changed to Savoie and then to her birth name Sampey) went on to win 41 NHRA National Event wins making her the winningest female driver in NHRA history, easily surpassing the legendary Shirley Muldowney who has 18 event titles. Angelle’s NHRA win total fell short of the most all-time for a motorcycle racer which is held by Dave Schultz at 45. Angelle

With major sponsors like Winston and US Army, Angelle went to win three NHRA championships (2000-2002), tied with Muldowney for most for a female competitor. Angelle has qualified at every race she has entered with Star Racing and is the winningest living Pro Stock Motorycle Racer. 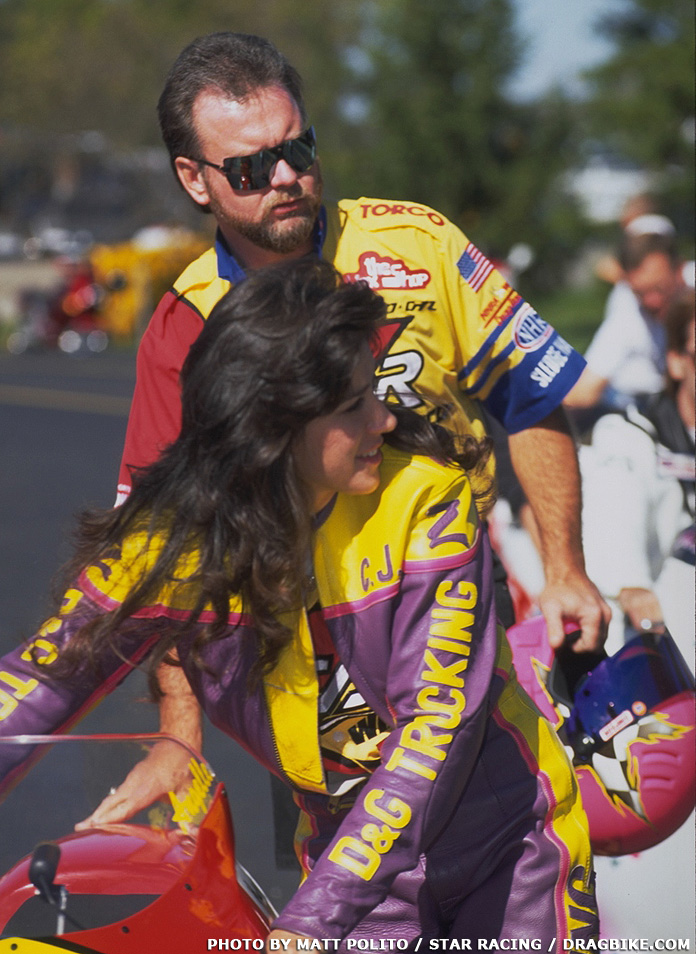 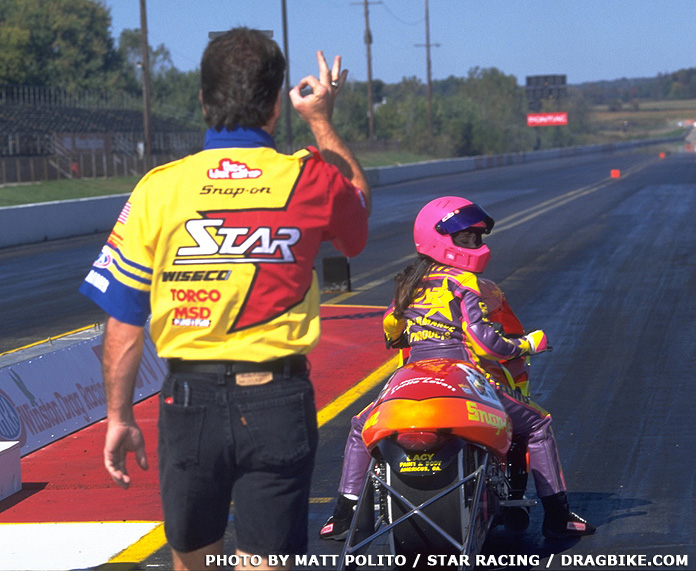