Photo of the Week : Shaynn Williford

Big Wheel Drag Racing for Kids! Perfect idea during a track clean up! This past weekend at the MIROCK Bike Fest there was a small down pour that put racing on hold for two hours. The staff at Maryland International Raceway broke out their Big Wheels and invited all the kids up to try out Drag Racing. There was a small protest before the race began by Cameron Teasley, as he did not feel it was fair that the race was only for the kids, but he ended up helping coach the kids on starting line launches.

The field quickly filled and naturally became very competitive, after
all, it was filled with children who were born with drag racing in their
blood. After several rounds of racing Shaynn Williford took the win over
Jayla Minor who took a nap at the line. Jayla is ready for a re-match in
October! 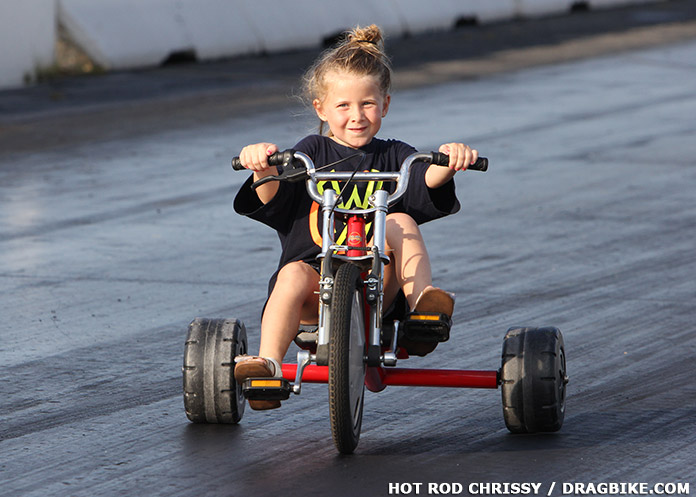 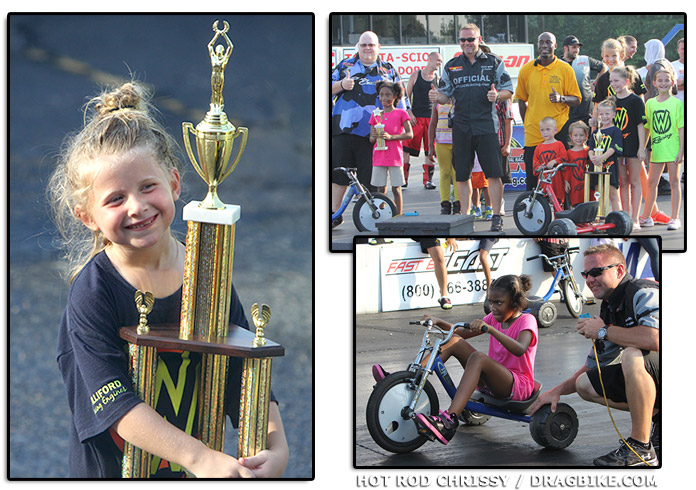