The most coveted award given in the PMRA is not for Racer or the Year, not for Mechanic of the Year, it is for the person who has given the most to the sport of Motorcycle Drag Racing.  It is named after two very important people who have left us a legacy, an inheritance of love for our sport.  The heritage that is Dlorah Lee and Dave Howell belongs to all of us but at the end of each season the racers decide who best has embraced their legacy.   And what is that legacy:

I think Dlorah’s reward was becoming part of our community.  She loved getting to know the racers, their families and all involved our sport.  Her unique perspective gave us all new insight to our sport and our lives.  If you ever had the pleasure of meeting Dlorah Lee, even for a moment, you couldn’t help but smile.  Because chances are, she was smiling and she told you something that you had never considered before.

Dave Howell was a big man – not in size but in his heart and the way he touched our lives.
There was not a tool or thing he had he would not to a buddy lend
There was nothing that he owned he would not give to a friend
No cross words or cutting remarks would invoke a fight
But you could get his attention by showing him your brake lights!

You can always find Mitch helping another racer or in the tower announcing or doing whatever it takes to make the PMRA grow & give us a great place to race our bikes.  If you ever thank Mitch for all of his hard work he simply says “I just was a place for us to race”.  The PMRA is a non-profit organization, not that it was ever intended to be that way but Mitch puts it all back into prize money or trophies.  And then he gets to make the tough decisions like which class gets to run at which events, he gets to deal with racer complaints, not that racers complain much….yeah right, and then he gets to make the dreaded rain-out call.  You can tell it just kills him to make the call, don’t know if its because he knows how much time and money it takes for all the racers to get to the track or if he is disappointed in not getting to race.

This is the tenth anniversary year for the PMRA, it has matured into a great sanction with a family-like atmosphere where the racers are as close knit as a family.  It is common to find large numbers of PMRA racers together off the track, doing things like taking anger management classes or in rehab. That kind of camaraderie comes from the top, Mitch is one of us. 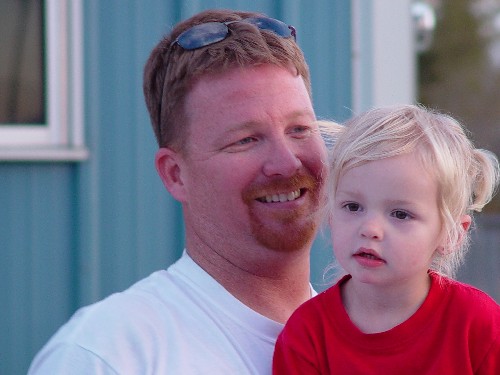