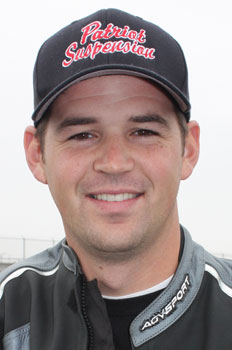 Born July 15, 1985 in Westminster, California, Brockman Shaul Roberts grew up with divorced parents who both remarried. While he was in the third grade Brock’s mom and stepdad moved the new family to Oregon. Like Forest Gump said, “Sometimes life is like a box of chocolates, you just don’t know what your going to get.” For Brock the move eventually led him to a high school teacher who helped shape Brock’s future. Not knocking english, math, history or any other academic teacher but in the world of motorheads, like those who read this column, it’s the auto shop teacher who has been the one who lit the fire in many of us.

Brock was always intrigued with motors and figuring out how the noise translated into power. Once he reached high school he took his first auto shop class “Small Engines” under the direction of teacher, Mr. Tim Ponzoha. This is where he learned the theory of the internal combustion engine with lawn mower engines and passed the course with flying colors. Over a Christmas vacation Mr. Ponzoha helped Brock rebuild his ’72 VW bug, his fourth VW. Finally all his questions from childhood of how power was being generated were answered. This also created a desire to learn more about how to make power.

Knowledge led to more knowledge through Auto 2 where V8’s and cars replaced Briggs and Stratton. Brock ended up as a teacher’s aide in his senior year for the Small Engines course. Since then Brock has been consumed in motorsports and specifically drag racing. 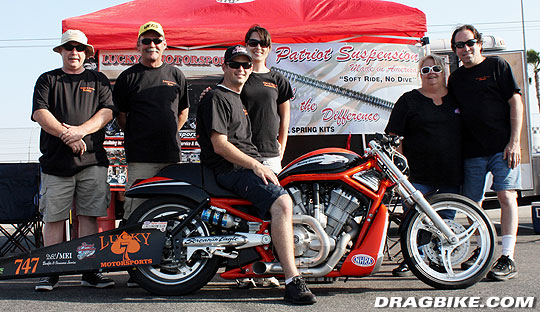 Fast forward, actually backwards, to how the interest in motorcycles came to Brock’s mind. He remembers walking to school one day when he was in the first grade and a guy on a street bike rode by and popped a wheelie. That’s all it took. Brock has been obsessed ever since. That experience led to an intrigue of any kind of motorsports racing whether it was boats, drags, bikes, motocross, karts or quads. 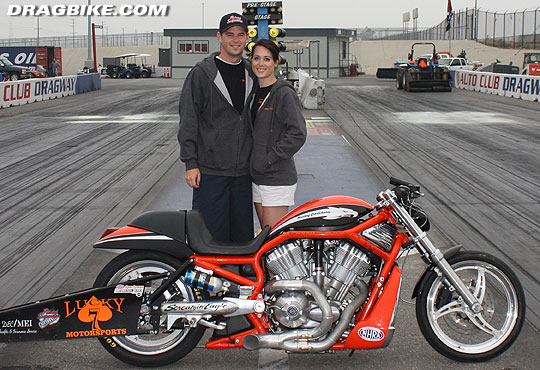 After graduating from high school the powerful knowledge of motors opened the door for Brock to work for a friend who had a private shop with a hand full of classic cars and some drag cars. As they began to race more and more, Brock’s involvement increased. At first he was putting air in tires, unloading, setting up, cleaning the cars and doing more of the routine maintenance on the vehicles. Eventually he helped in building motors and complete cars. To date Brock has worked on D-Gas, C-Gas, B-Gas, Stock, Super Stock, Super Gas, Super Comp, and Top Dragster cars. This started Brock’s racing career with motorcycles because he could not afford to race cars. 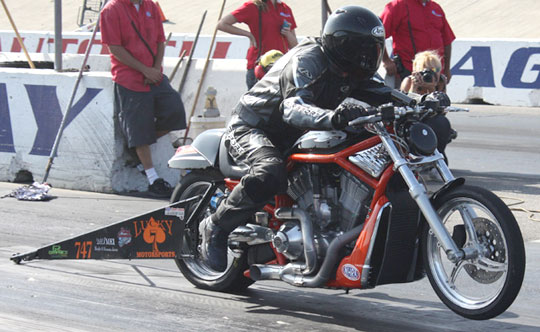 Brock says his wife, Amanda, is his life. She made him say that. Not really, he’s just one of those young thoughtful romantic husbands. Guys, don’t let your wife read this paragraph. Brock and Amanda met as freshman in high school and have been through everything together. They have been together for 11 years, almost six of those married. When she is not consumed with beginning her senior year in college, Amanda helps with a big portion of Brock’s racing. She even designed the team logo and T-shirt. Brock is very proud of her. 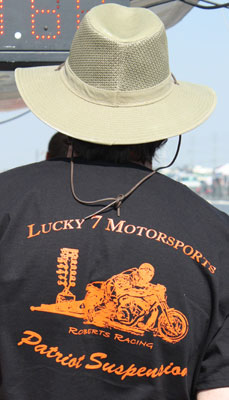 This year is Brock’s first full season to race with only six months on his 2006 Harley Destroyer in Pro E.T., he just won the Jeg’s Sports Nationals this weekend and his first Wally. Life is good. 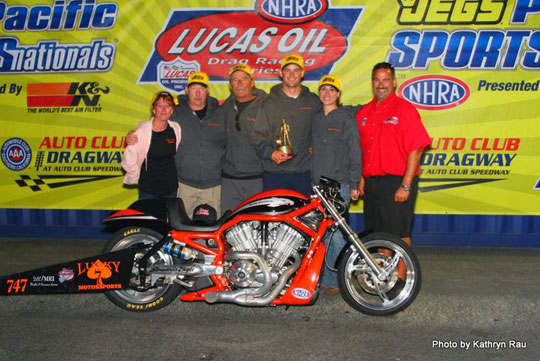 Children’s Names: No thanks, not yet. Please check back later.

Occupation: Supervisor at a local Mortuary/Cemetery (no, it’s not creepy lol)

Accomplishments: I got sponsored!!!!! LOL!!!
Championships: Please check back soon I look to be adding to this list annually!
I just recently won my first race at Fontana in a local event.

Goals: Win a national championship in NHRA Sportsman Motorcycle. If dreams do come true, I would love to drive a nitro car! Celebrate 60 years of marriage! Learn race car and metal fabrication.

Interest outside of racing: Is there anything else?

Daily driver: Chevrolet Tahoe 4X4 (code for paying out the a$$ for gas right now!)