The Pro Nitrous Motorcycle final round featured a side-by-side, 3.99-second battle between two of the toughest competitors in the PDRA’s lone two-wheeled class, multi-time world champion Travis Davis and veteran rider Paul Gast. Davis grabbed a starting line advantage on his Timblin-built Davis Transport ’19 Hayabusa and held that lead to win on a holeshot with his 3.996 at 175.39 beating Gast’s 3.994 at 172.78. 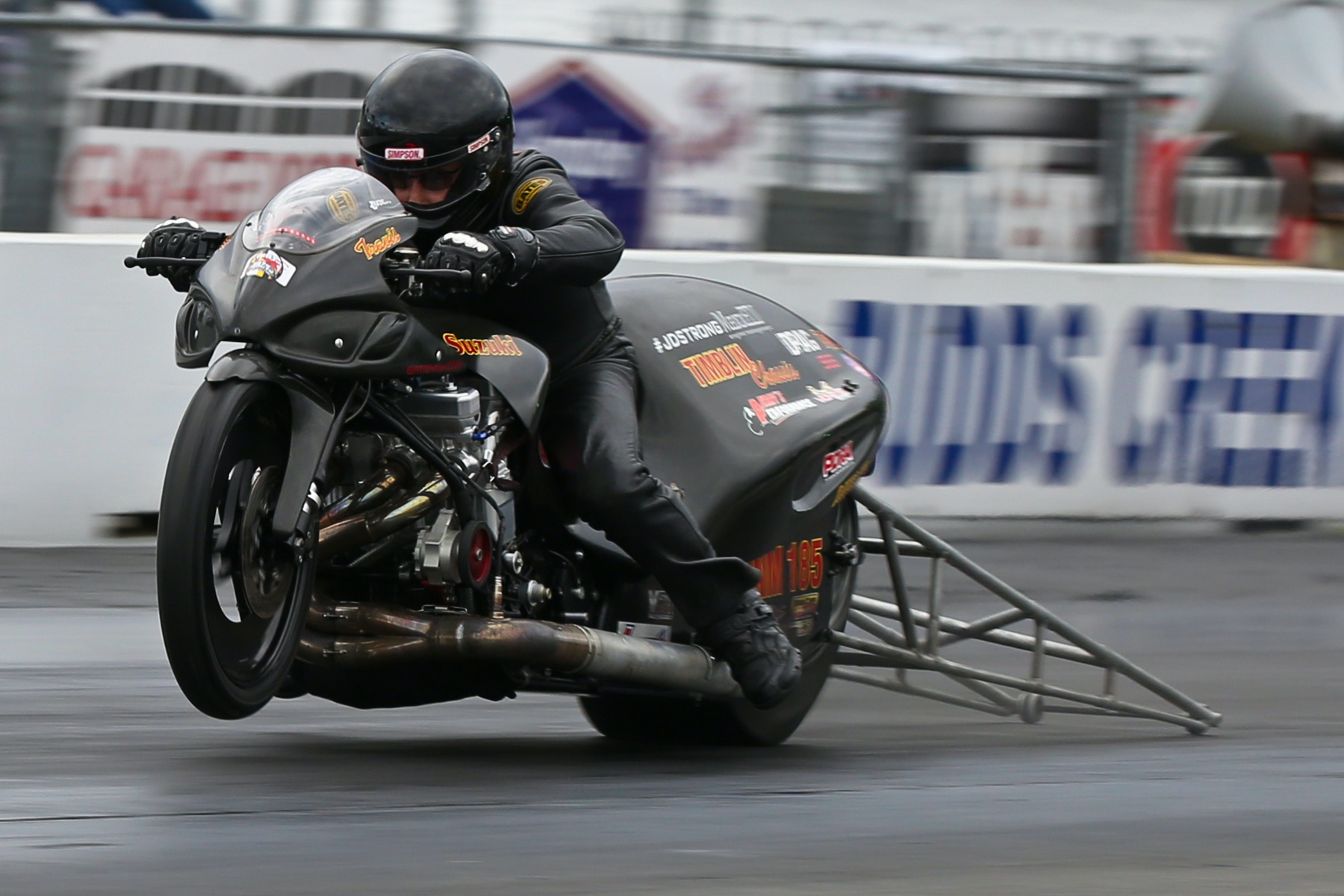 “When you race that red machine, you better bring your A game,” said Davis, who thanked wife Brandy, son Brayden, Dan Wagner with DTM, and Steve Nichols with Maxx ECU. “You better have everything loaded in there and be ready because [Gast] is a tough racer. He’s been doing it a long time. The weekend was pretty good. We tested a new combination, a new motor that we built, on Thursday. It showed a little promise, but we took it out and put old reliable back in. Qualified with the 3.99 and felt like I could pick it up through the weekend, but then the heat got on us. I did what I had to do to win. Our close friend, Walt Timblin [of Timblin Chassis], is going through some health issues right now, and this race here is for him.” 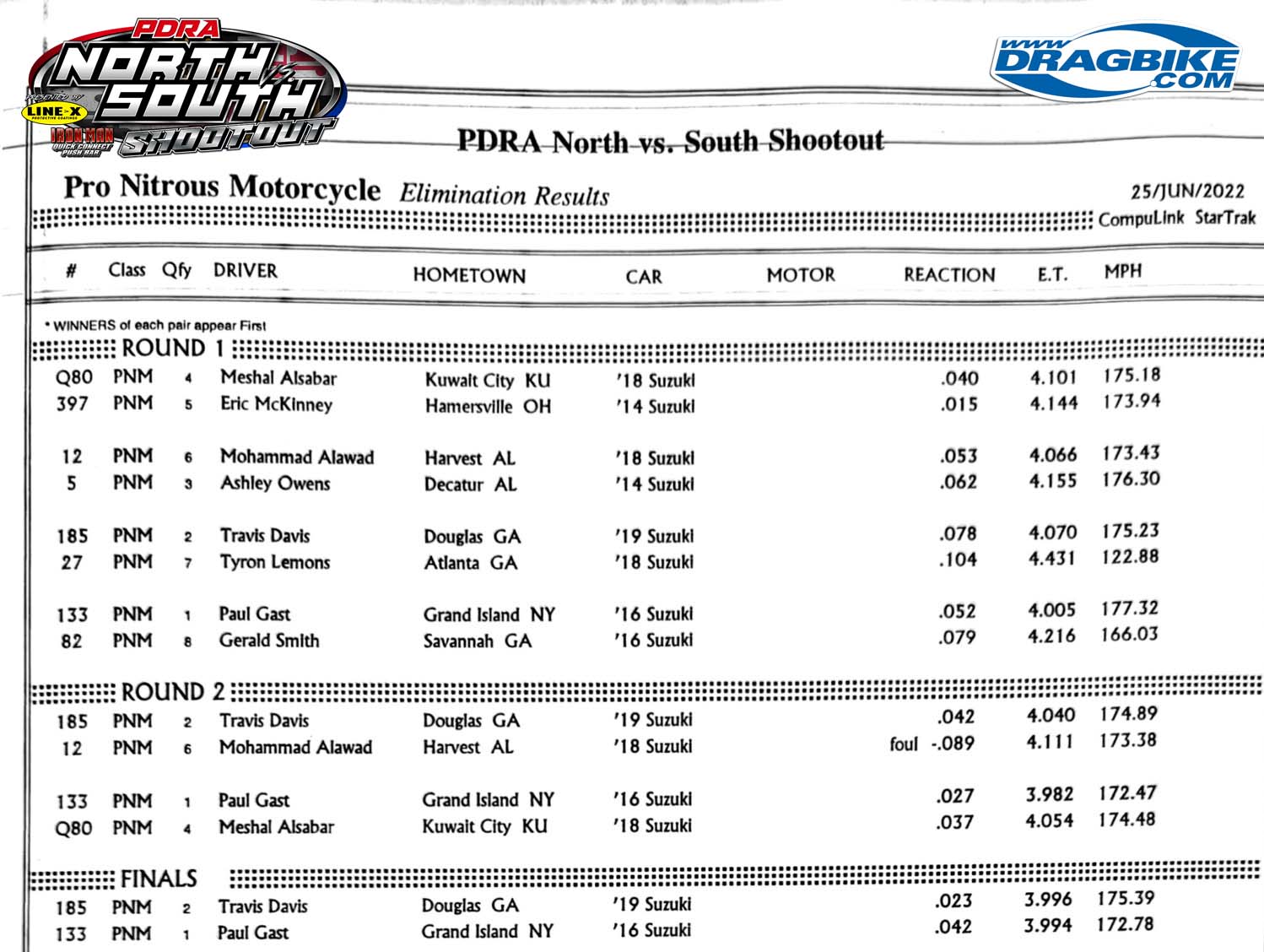 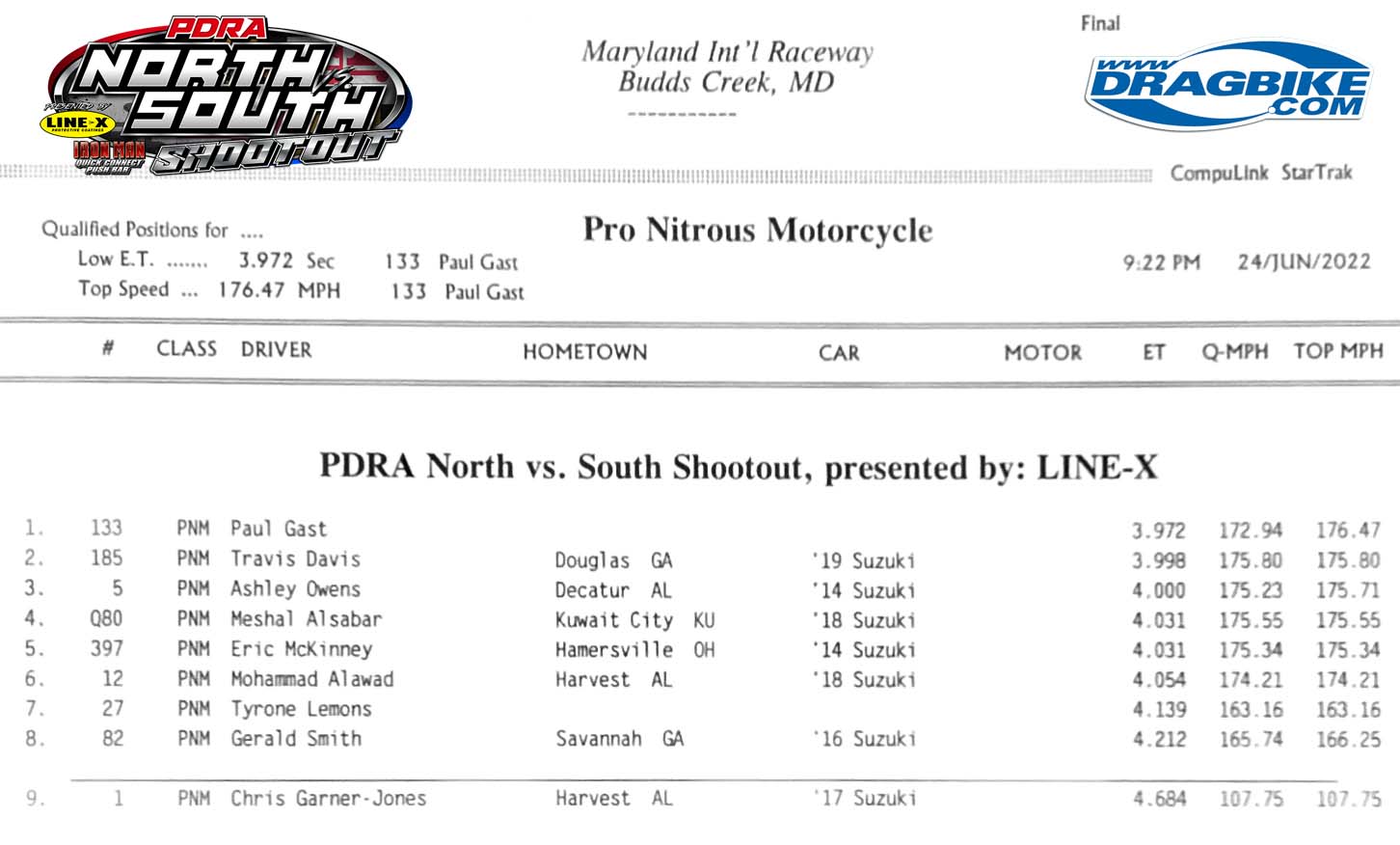 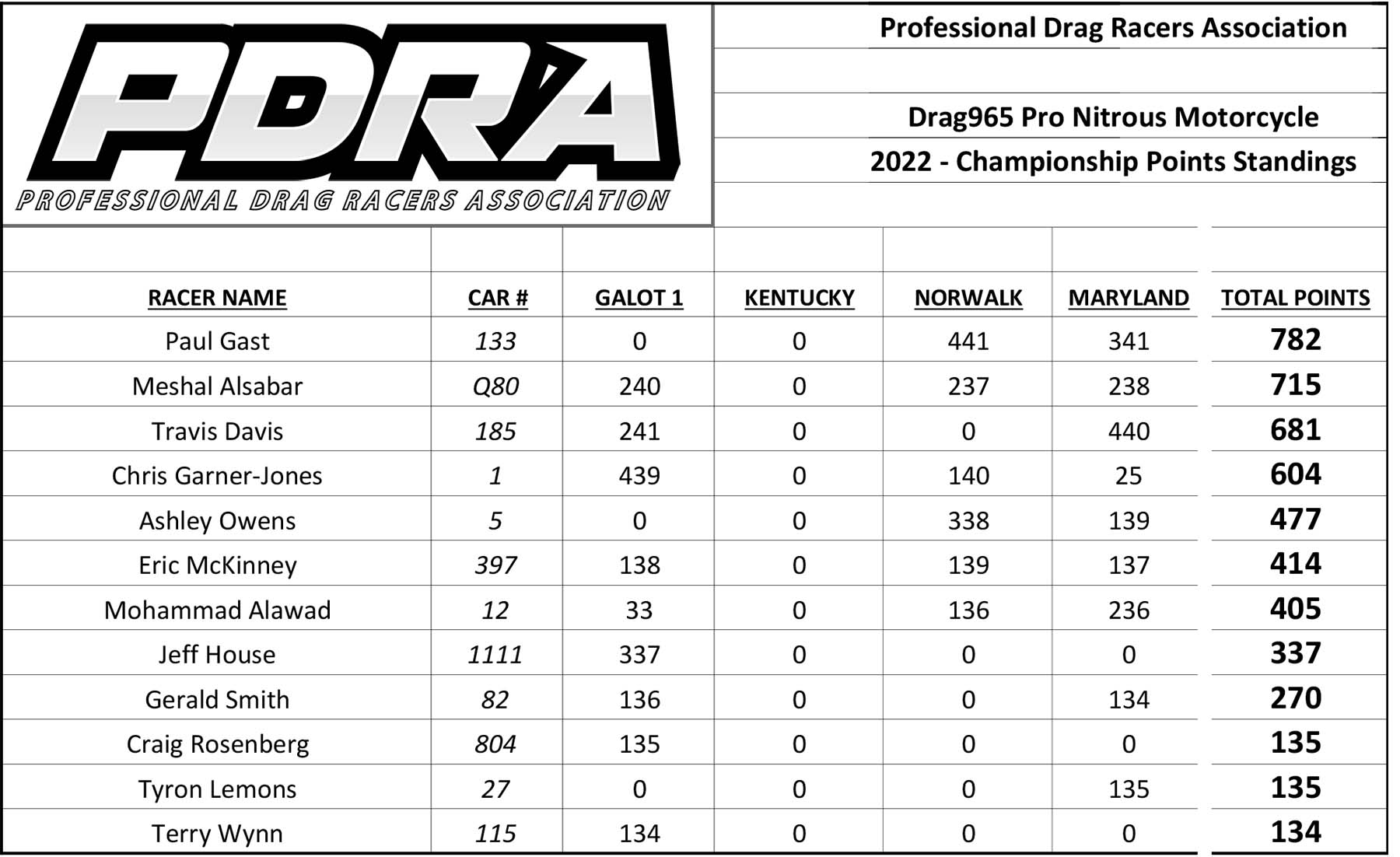