As the Professional Drag Racers Association (PDRA) heads into the second half of its 2016 tour, the championship points battles in two of the premier professional classes are tightening up. A mere 14 points separate Drag 965 Pro Extreme Motorcycle frontrunners Eric McKinney and Chuck Wilburn as the PDRA rolls into Tennesee for the 3rd annual PDRA Memphis Drags, August 11-13, at Memphis International Raceway. 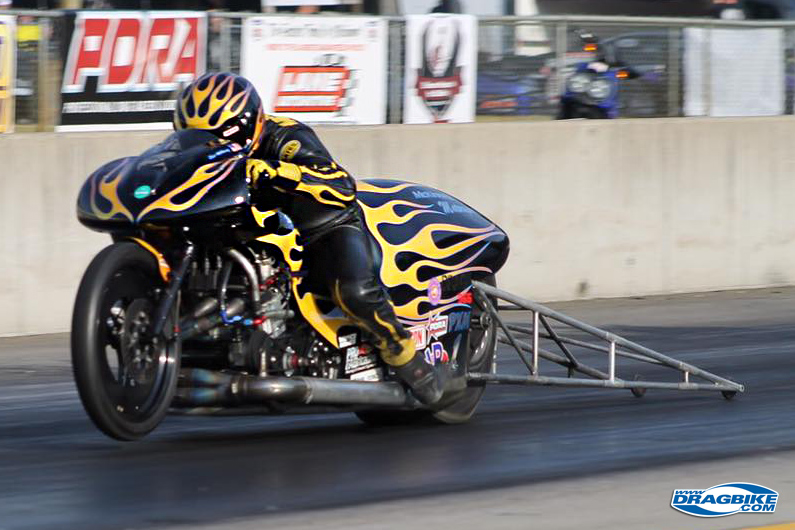 In the PDRA’s lone two-wheeled class, two-time PDRA Pro Extreme Motorcycle world champion Eric McKinney holds a 14-point lead over Chuck Wilburn. The two have been locked in close since the second race of the season and neither rider shows any signs of letting up. McKinney is chasing his third series championship on the strength of runner-up finishes at Tulsa and Michigan and a win at the last race in Maryland, where a field of 17 bikes showed up to race. Wilburn won the PDRA Texas Nationals, runnered-up at Rockingham, and has a pair of semifinal finishes to his name in 2016. 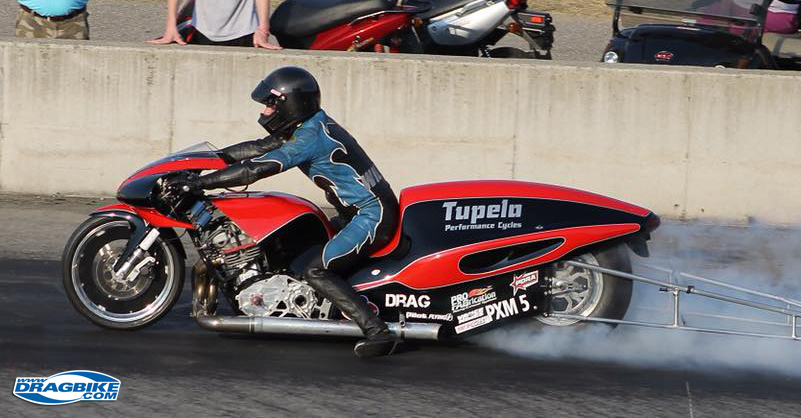 The 3rd annual PDRA Memphis Drags will kick off on Thursday, August 11, with a full day of open testing, which is open to the public. The first of three Friday qualifying sessions is scheduled to begin at 11 a.m., while a fourth and final qualifying session will begin Saturday’s racing action at 11 a.m. Eliminations will begin at 4 p.m. on Saturday following pre-race ceremonies at 3 p.m. Jet cars and a wheelstander will cap off the day’s activities on both Friday and Saturday.

ABOUT THE PDRA
With offices in Pittsboro, North Carolina, and Saltillo, Mississippi, the Professional Drag Racers Association is the top sanctioning body in the United States for the sport of eighth-mile drag racing. The PDRA’s professional categories include Pro Extreme Motorcycle, Pro Boost, Pro Nitrous and Pro Extreme, the quickest doorslammer class in drag racing. The 2016 PDRA schedule consists of nine national events. For more information on the PDRA, visit www.PDRA660.com.