Matt Smith has never raced at Bristol Dragway, but he doesn’t have to look far to see the impact his family has had at the fan-favorite facility. Smith’s father, Rickie, was named one of the Legends of Thunder Valley in 2007 after his longtime success at the track in Pro Stock and Pro Mod, with his name alongside other Bristol legends atop the grandstands. 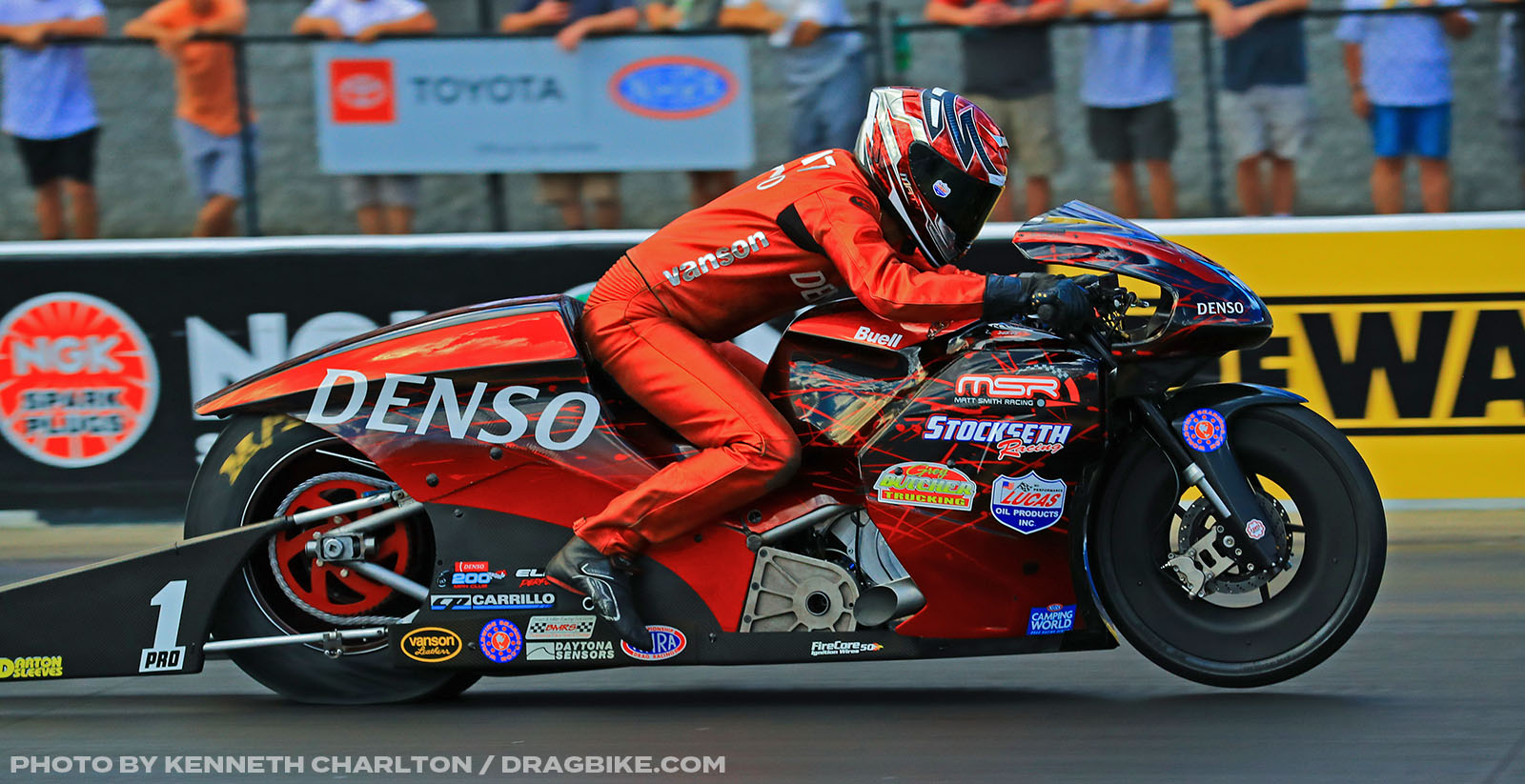 Smith will have a chance to grab his first NHRA Camping World Drag Racing Series victory in Bristol at this weekend’s NHRA Thunder Valley Nationals and the defending Pro Stock Motorcycle world champ is heading into the race with plenty of momentum. He won last weekend in Dallas — also picking up his first career win at that track — to move back into the points lead on his Denso Auto Parts/Stockseth/Matt Smith Racing EBR, and now has a chance to keep rolling as Pro Stock Motorcycle makes its official points debut at Bristol. The class raced at Thunder Valley as part of two exhibition races in 1999 and 2000, but this will mark the first time championship points will be on the line in the class at Bristol Dragway.

“My dad is a legend in Bristol, so it’s good to go back and race there,” Smith said. “I’ve been there a bunch with him, but I’ve never had the opportunity to race there. We wanted to move to some new venues like Bristol for the bikes, so we’re looking forward to it. Our team really does (well) at new venues so we hope to be able to pull a win out this weekend, but I think it’s going to be tricky at the same time. I’ve never raced there and we’ll see what happens, but hopefully, we can run well and get as many points as we can.” 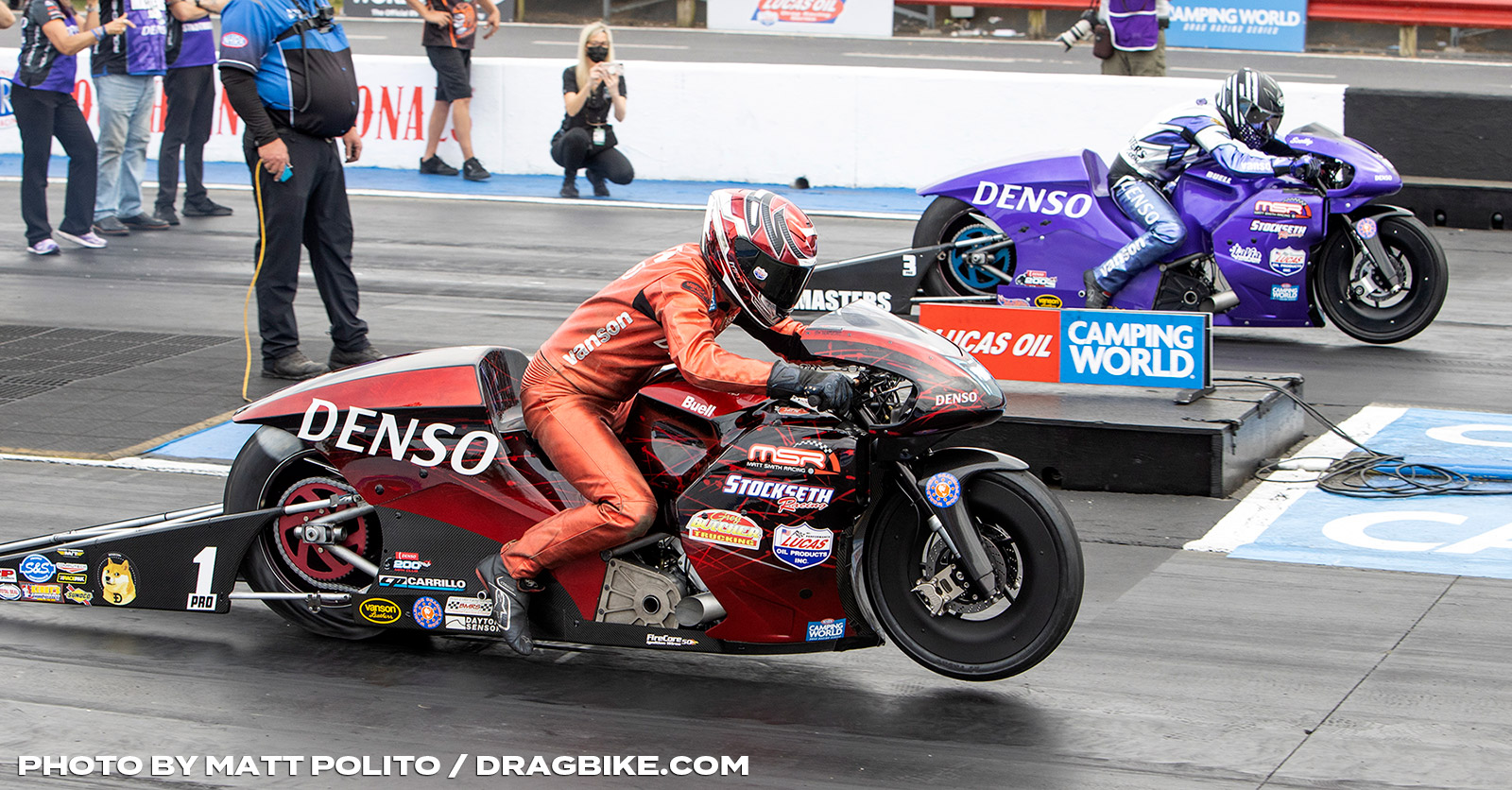 He won four times before the Countdown to the Championship started, but Smith didn’t enjoy the start he wanted at the first two playoff stops as Steve Johnson moved into the points lead. Smith, though, remained confident with a bike that has been the top-performing motorcycle in the class the last two years and he was stellar during eliminations on Sunday in Dallas. That sent him back into the lead at the halfway mark of the playoffs, but Smith holds just an eight-point lead over Johnson heading to Thunder Valley.

His wife, Angie, helped the team in Dallas as well, knocking off chief competitors Angelle Sampey and Eddie Krawiec. Sampey now trails Smith by 53 points and Krawiec is 101 points back, which means plenty will be on the line this weekend. Smith, though, has made a habit of rising to the occasion in crunch time and he’s confident he can do it again while chasing a fifth world championship in the class. 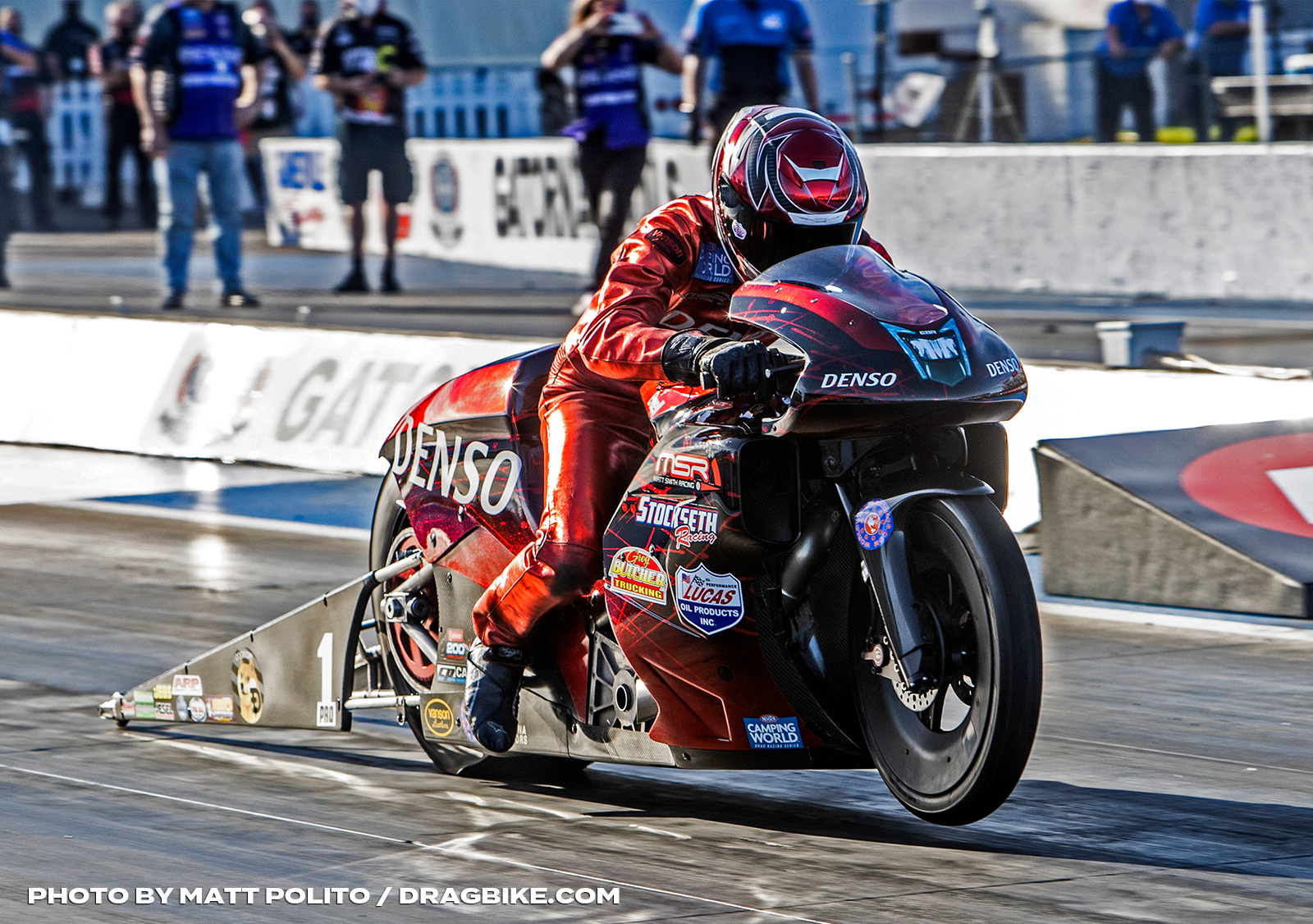 “We’re going to go head-to-head with (Johnson) the rest of the year and hopefully we can pull this out and get that fifth championship,” Smith said. “We’re going to do everything we can to get it. You’ve just got to go over these bikes every second you can and hopefully, we have the best bike these last three races. You have to take advantage of every opportunity you can get. We came into Dallas knowing we needed some bonus points in qualifying and it all comes down to, if we can win the next three races, it doesn’t matter what anyone else does.” 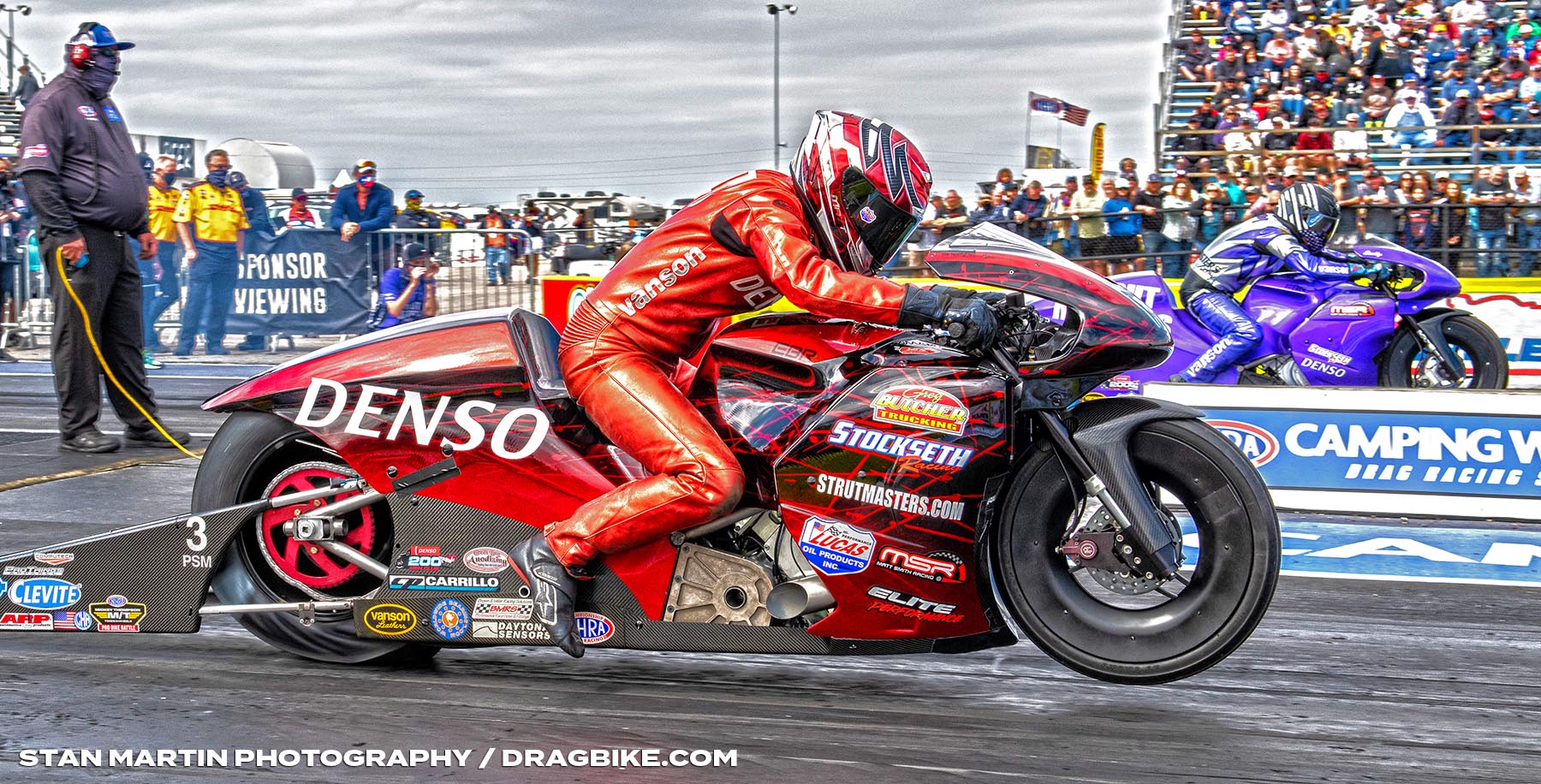 As always, fans are granted an exclusive pit pass to the most powerful and sensory-filled motorsports attraction on the planet at Bristol Dragway. This unique opportunity gives fans a chance to see teams in action and service their hot rods between rounds, and get autographs from their favorite NHRA drivers.

To purchase reserved seats, visit www.thundervalleytix.com or contact Bristol Dragway at (423) 989-6900. Kids 12 and under are admitted free in select areas with a paid adult. For more information about the NHRA, visit www.NHRA.com.