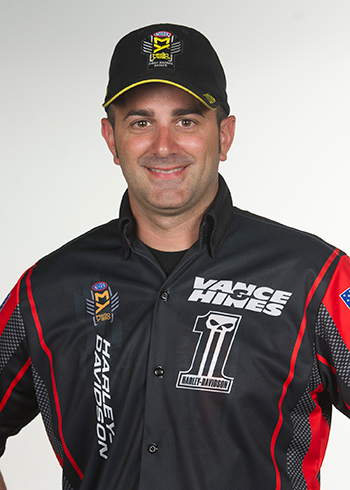 Starting the NHRA Mello Yello Drag Racing Series Countdown to the Championship with a first-round loss is usually not an ideal recipe to winning a world championship.

It’s the exact scenario Pro Stock Motorcycle standout Eddie Krawiec was faced with, but the three-time world champion has recovered in impressive fashion. He won the most recent race at Maple Grove Raceway, surging to just 38 points behind teammate and points leader Andrew Hines, and will look to keep that momentum going at this weekend’s 31st annual AAA Texas NHRA FallNationals at the Texas Motorplex.

“We had that bad race early on and hopefully we’ve shown we can recover from that,” said Krawiec, who has four wins in 2016. “The key is just to stay consistent. We’ve left a lot on the plate and could be in a better position, but I have a saying that after the race you move onto the next one no matter what. If you think about yesterday, you’re not focused on tomorrow. You need to learn from your mistakes and if you can do that, you’re only going to become that much better.”

The first-round loss was the first of the season for Krawiec, who started the year with nine straight trips to the semifinals or better on his Screamin’ Eagle Vance & Hines Harley-Davidson. That kept him in first place for the majority of the regular season, falling to second after the Chevrolet Performance U.S. Nationals.

But as the likes of Savoie, Chip Ellis and three-time world champion Angelle Sampey faltered early at Maple Grove Raceway, Krawiec turned in one of his best performances of the season, knocking off rookie Cory Reed to jump back in championship contention.

“One thing you have to do is be consistent and we were great at that during the beginning of the year,” said Krawiec, who has 35 career victories. “Everyone has picked up and there’s so many good motorcycles in this class. When you get in these types of situations, you have to be able to take advantage when one is presented to you. If you can’t, you’re going to be in trouble.” 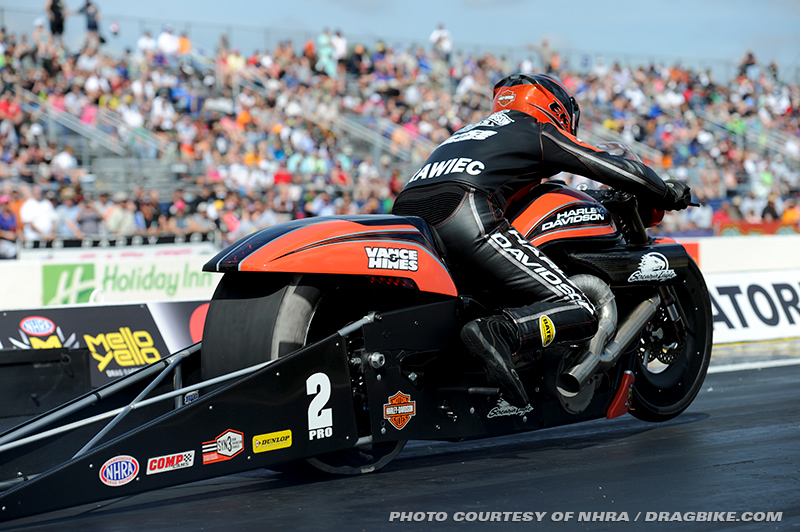 Tracking down teammate Hines, who has five wins in 2016 and is after a third straight world title, will be difficult, but Krawiec is up for the challenge. The team spent the week off before Dallas searching for more horsepower and Krawiec is excited to see the end result at the Texas Motorplex. Ellis, Sampey and Savoie all remain within striking distance, but Krawiec has always preferred these high-pressure situations.

“Personally, I like the pressure,” Krawiec said. “I feel like I perform well under pressure and I would rather be in those situations. I know what I have to do in these races and I try to stay focused on what’s in front of me.

“My mindset is no different than any other race. I want to go there and win. We’ve got good momentum behind me, so there’s no reason to try to change things up. We’re trying to be a little more consistent and I think we’re onto some things.”