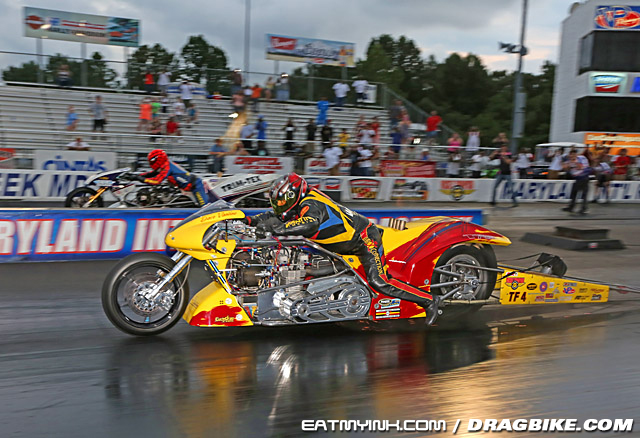 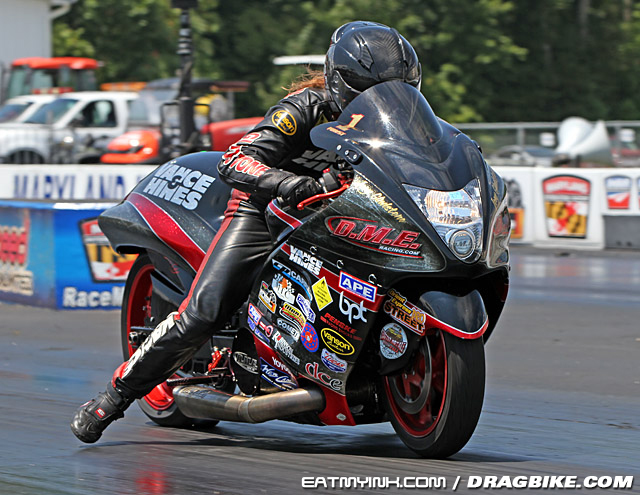 But Michigan racer Mark Paquette has evolved into a consistent 6.70-6.80 racer and is expected to mount a significant challenge. He and Gladstone have both expanded their racing resumes with recent NHRA Pro Stock Motorcycle gigs, and both are anxious to prove who is the best. 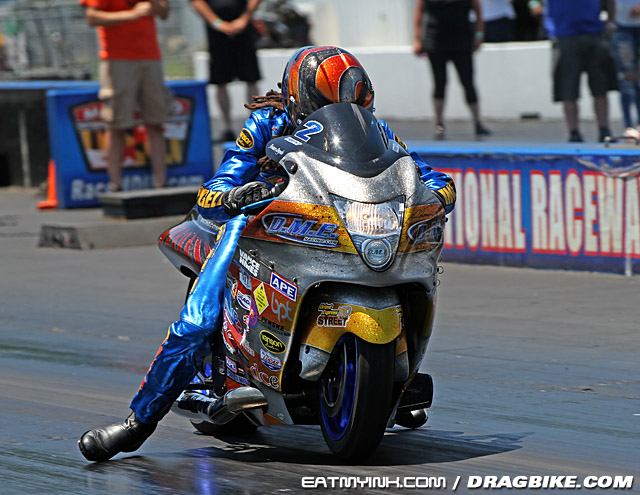 Gladstone need only pay for a tech card to sew up his fourth straight Pro Street championship, but he’s got some chasing to do if he’s going to pass defending champion Anibal “Cannibal” Merced and his nitrous-huffing Kawasaki ZX14 in DME Real Street. Merced brings a 40-point lead over Gladstone as the two have separated themselves from the rest of the field. Can Gladstone win both pro championships? 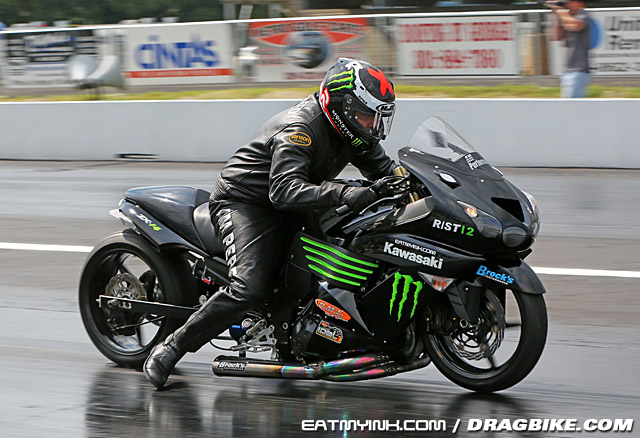 If only two racers are left in the Real Street title fight, it seems like the whole field still has a chance for the Vance & Hines 4.60 championship. Long time racing superstar Ronnie Procopio has a 29-point lead over 2014 champ Eran Pielert, who leads “Long Island Mike” Ostrowski by only four. Behind them lay several other hungry racers who still have a chance.

Ostrowski need not worry about who will be the FBR Shop 5.60 champion, though, because it will be him. After runner-upping at the season opener, 2014 MIRock 5.60 champ Ostrowski has won every race since. 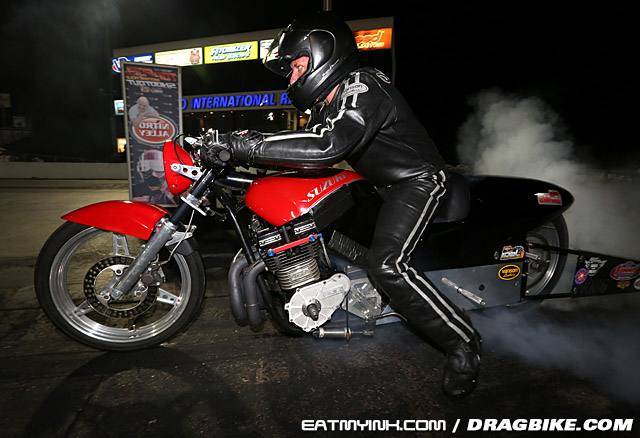 Crazy 8s is even tighter than 4.60. Dustin Lee leads Spencer Claycomb by 11 points, with Coutlan Whiting another nine back. Racers as deep as seventh place still have a chance at this one. 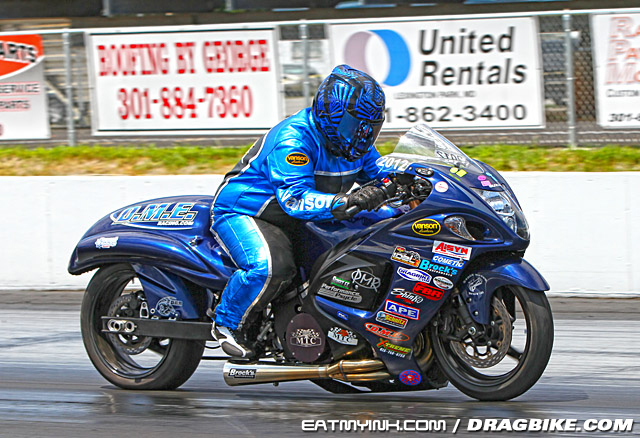 Maryland homeboy Chris Clontz has a healthy but not-insurmountable lead of 91 points over Jay Windsor in Top Sportsman. Can he seal the deal, or go out early like he did in July? 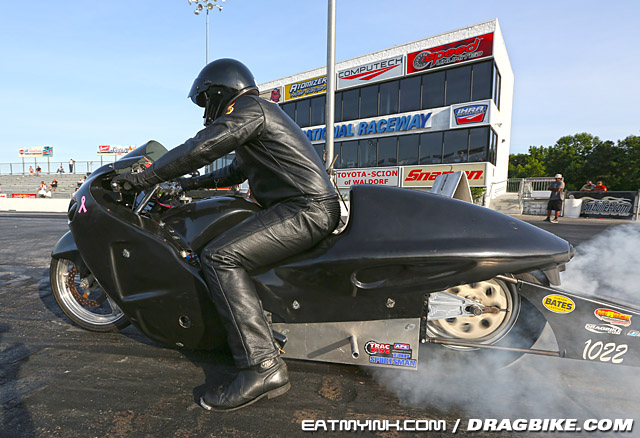 All of this season’s Brock’s Performance Street ET and Shinko Pro ET winners will face off in what might be the most heated competition of the weekend—the Tournament of Champions. Bracket racing studs will be chopping down the tree and playing the finishline for gold cards and bragging rights.

And Top Fuel legends Larry “Spiderman” McBride and David Vantine will face off in a series of ear-splitting, eye-tearing, nostril-stinging Top Fuel match races as nitro madness descends again upon MDIR. Will they run the sport’s next side-by-side five second pass?

Larry McBride invites you to the Fall Nationals https://www.youtube.com/watch?v=2EM-nnNNCDQ