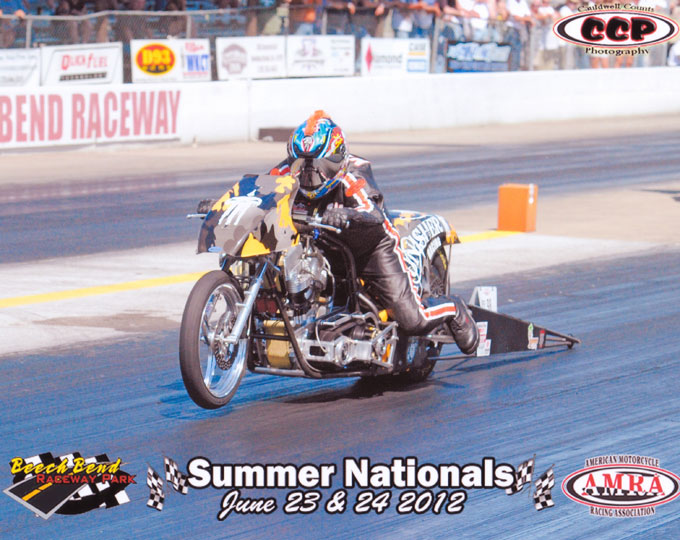 For eliminations Dale ran 7.437 first round, 7.676 second round and 7.692 in the final round against Pete Stimmeling to take the win. We realized we had pinched a ring in the 2nd round and this caused our times to fall sligthly for the final two rounds says Steve Vickers with Hawaya Racing. 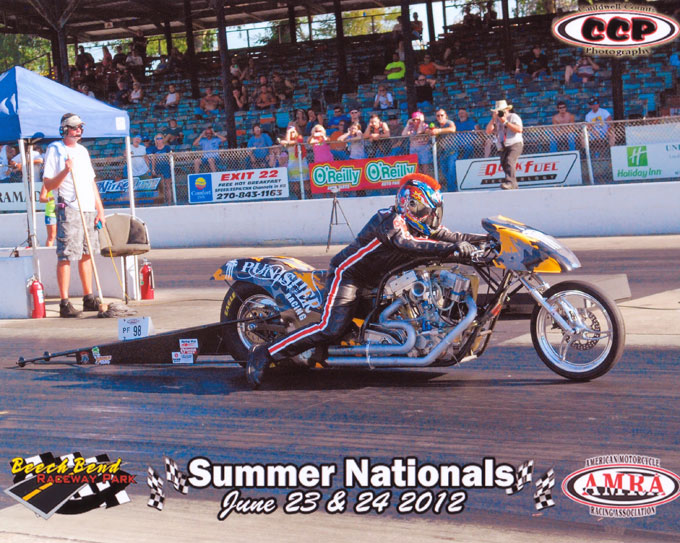 Dale is a graduate of the October 2011 Hawaya Racing Nitro Bike School and this is his first year piloting his 120CI Derringer powered Pro Drag bike. Dale has Max Morath (who received his Crew Chief certification) and Stephen Vickers with Hawaya Racing tuning the bike.

Dale is doing a great job piloting his Pro Drag bike and promoting the sport says Johnny Vickers of Hawaya Racing and we look forward to seeing Dales progress during the 2012 season. 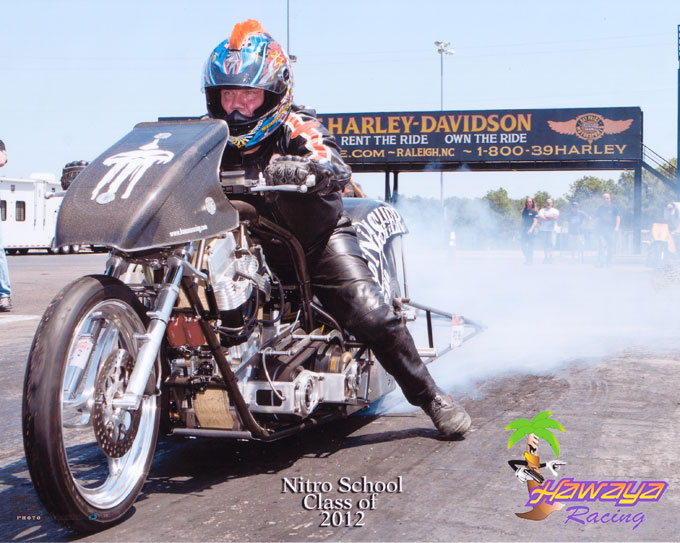 Dale will be running the full AHDRA Circuit this season and has a few special events earmarked for this season as well. Stay tuned for Team updates!

Punisher Racing would like to thank the following for their ongoing support: