Congratulations to Mohammad Darwish for taking two wins today in Pro Bike and Superstreet Bike! Round 2 of the ADRL Series continues Next week. Full video recap of qualifying and eliminations can be seen below. 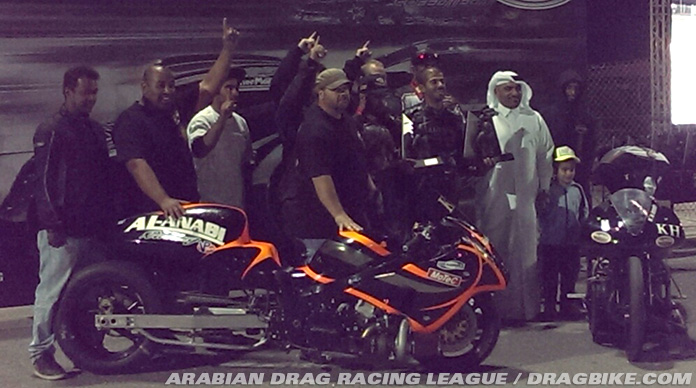 THE DIFFERENT CLASESS AND CATEGORIES

Arabian Drag Racing league has the fastest cars & bikes on earth competing in 11 different categories. The categories are split to ensure everyone has a fair chance of winning the title of being crowned “King of Arabia” The fastest cars of its kind in ADRL can push out around 4000 BHP and tend to be turbo charged or Supercharged, these cars will go over 200 mph in less than 4 second! Making it the fastest motorsport on earth.

QRC was formed to build upon a passion of the regions highly fueled adrenaline addicts. Drag racing is its core passion and with the Al Anabi team making its mark in the United States, Sheikh Khalid Bin Hamad Al Thani the founder & president decided to bring the best of the globes drag racers together in 2008 to star in the first of its kind drag racing event of the region. That was when the The Arabian Drag Racing League (ADRL, as it’s known to the diehard fans ) was formed, which now is in its 6th year and has grown substantially making it the regions most highlighted motoring sports event.