The weekend’s ANDRA Grand Final brought the 2018/2019 Summit Racing Equipment Sportsman Series season to a record-breaking conclusion with no less than eight national records reset at the Perth Motorplex event.

The 1320ft records reset at the event are as follows. For the full current records listing, please click here.

For Brett Ghedina, the record tops off an impressive weekend at the ANDRA Grand Finals event at which he took out the Top Qualifiers Medallion – thanks to TileCo-TheShowerPeople and KC Tools – for Competition Bike before going on to win the event before being recognized with the Crow Cams Best Engineered Award for his impressive Pace Motorsport Honda CBR1000. 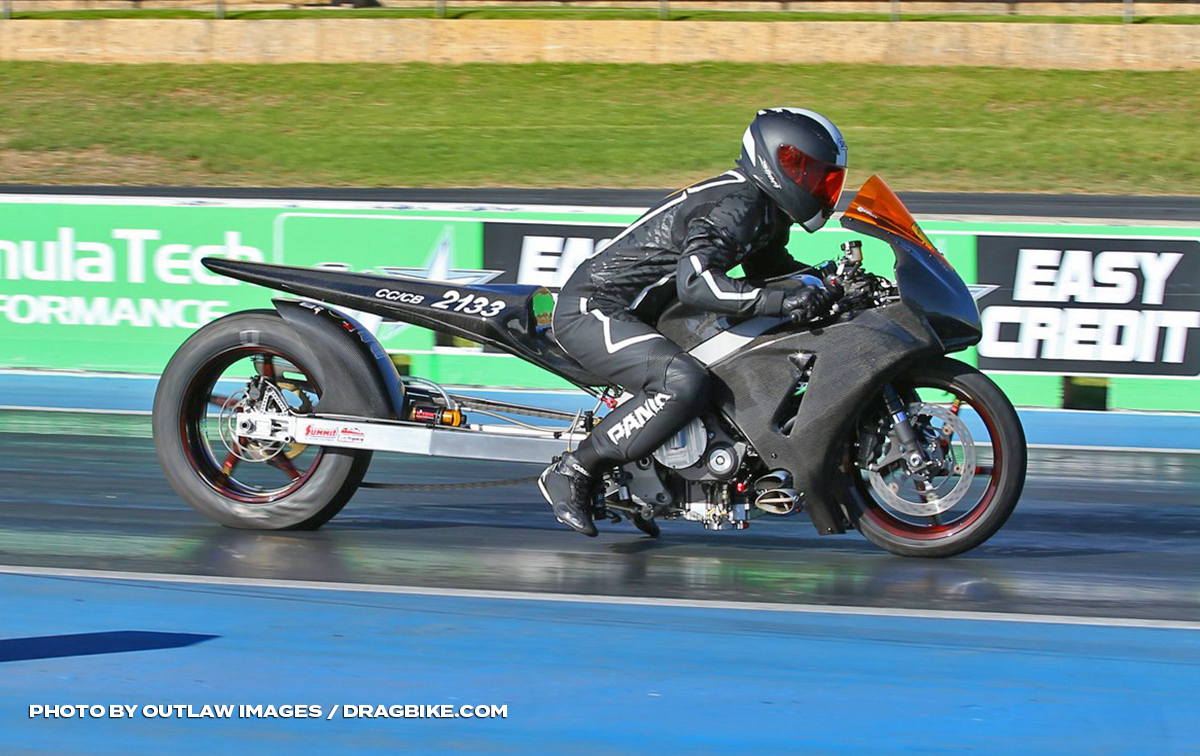 “I am stoked with the results, we didn’t come into the ANDRA Grand Finals intending to achieve that, the idea for our race weekend was just to come away with a new Personal Best but the rest kind of eventuated from that,” Ghedina explained, while thanking his crew members Trevor and Jason as well as his business, Pace Motorsport.

“We are really blown away with the achievements, a lot of hard work has gone into getting it where it got too, but I didn’t think at all that it was going to get to this point this year in the five race meetings we have been to so far.

“We want to be the first ‘six second’ 1000cc no wheelie bar bike in the country – there are two 1300cc motorcycles over East that have achieved that already in Australia but none with a sub-one-litre motorcycle.

“That was the only thing missing from the weekend, it would have been the ultimate but being so close certainly gives you an extra kick of motivation. It will probably take us another six months to get that last bit off there but we will get there eventually!”

The 2019/2020 Summit Racing Equipment Sportsman Series will commence at Alice Springs Inland Dragway across August 3 and 4, 2019, before continuing to the Hidden Valley Drag Strip the following week (August 9-10) ahead of round three at Mildura’s Sunset Strip (September 21-22). Further calendar details will be announced in the near future and will be listed on the ANDRA website at https://www.andra.com.au/series/calendar/19-20-andra-drag-racing-calendar/