Everyone in drag racing will be watching the Pro Stock Motorcycle class this weekend in anticipation of the first 200-mph quarter-mile pass in class history. Without question, one of the favorites to earn this little slice of straight-line history is Lucas Oil TV rider Hector Arana Jr. 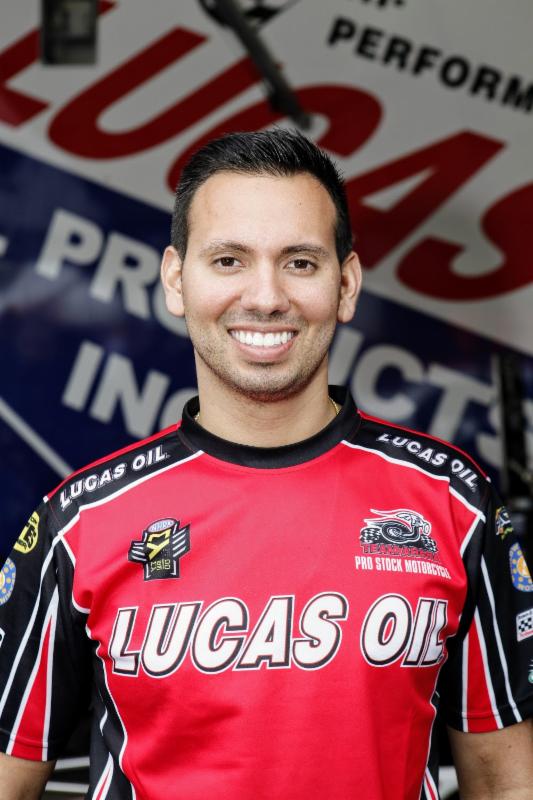 “I’d love to be the one to do it,” Arana Jr. said. “But there are lots of riders dreaming about the same thing. I think it’s going to be done this year, maybe even this weekend, but so much has to fall into place for a number like that. The conditions have to be perfect, so we’ll see what happens when we start qualifying and go from there.”

Two years ago, at the spring race in Charlotte, Arana Jr. came oh-so-close to the magical mark with a scorching 199.88-mph blast that set an NHRA national record. He backed up that run to make it official with a 199.26-mph run the same weekend.

“That was one of those times when everything went right and the weather was agreeable,” Arana Jr. said. “A lot of bikes were making big runs there. Some times when you have a mark like this that everyone’s trying to get you can almost
try too hard. You have to just do your thing and if it happens,
it happens.

“We’ll definitely try for it if the air and the track are there but it’ll have to be in qualifying because once we get to Sunday the main thing is to win the race. This is the first event of the year for the Pro Stock Motorcycles so it’s important to get off to a strong start.”

Overall, Arana Jr. has registered four of the 10 fastest passes in the class, with runs of 199.37 and 199.08 mph from the 2015 race in Englishtown, N.J., adding to his two record-setting passes in Charlotte.

“It’ll be interesting to see how everyone improved this off season,” said Arana Jr., who married his longtime sweetheart Nicole Nobile in the offseason. “You can look at testing numbers but you never know if those are 100 percent correct because teams may be trying different things, moving weight around, stuff like that. The real test is on the strip when the lights are on and the stands are full. 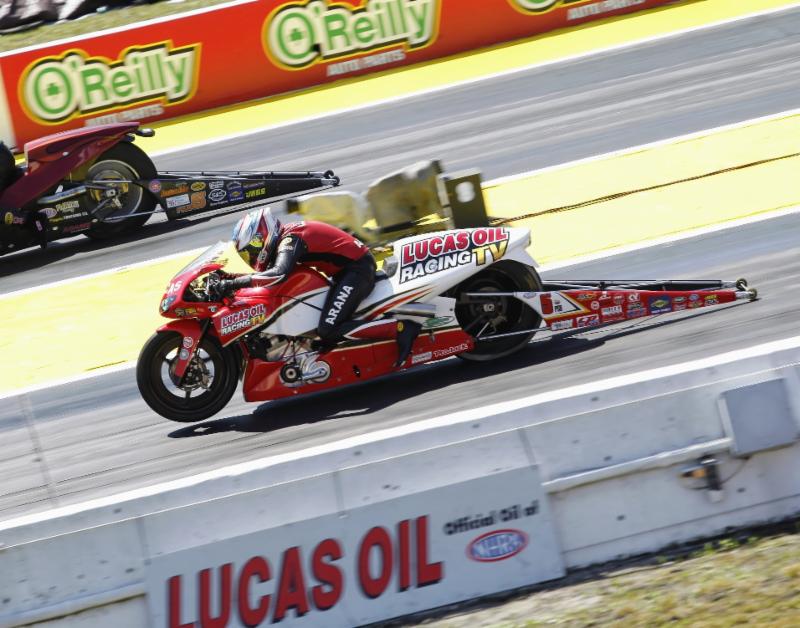 “Dad has been working non-stop on the motors and we’ve gone over these Buells too many times to count. I think we’re as prepared as we can be.”

Pro Stock Motorcycle qualifying sessions are scheduled for 12:45 and 4:15 p.m., Friday, and 12 and 2:30 p.m., Saturday, with eliminations starting at noon, Sunday. Television coverage on FOX Sports 1 begins with two qualifying shows, one at 12 a.m., Friday, and the other at 11 p.m., Saturday, followed by live elimination action beginning at 1 p.m., Sunday. (All times listed in EDT).