Two popular motorcycle drag racing sportsman racers are currently in hospitals recovering from bad car crashes in separate incidents. They have a very long road of recovery ahead of them. Fellow racers and motorcycle drag racing fans will be somewhat relieved to know these two racers are fighting for their lives and winning the good fight. Both Tyler D’Anthony and Eldred Yarbrough are improving.

On Saturday, March 26, 2016, Tyler D’Anthony of Watertown, CT, was in a bad traffic accident when the BMW he was traveling in veered off the roadway and struck a tree. Of the five occupants in the car, Tyler suffered the worst of the crash. He has been unconscious since the impact of the crash. 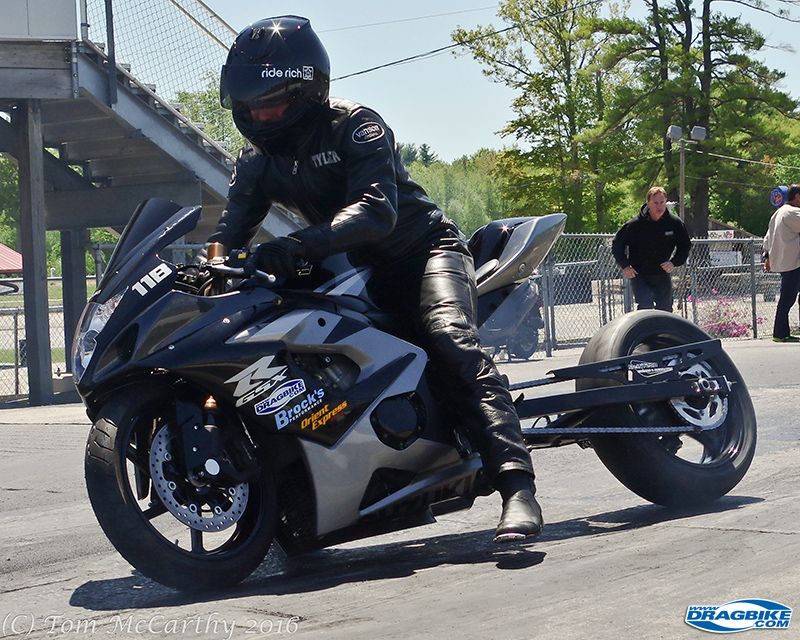 As of Sunday April 3rd, 2016, Tyler has opened his eyes more than once in the last few days. He has been unresponsive to voice stimuli, but he has improved markedly. On Thursday, March 31st, Tyler was taken off the ventilator and he is breathing on his own now. His family has been at his side the entire time.

Tyler’s dad Nick had this to say: “we are just overwhelmed by the response of drag racers near and far. Racers from NH, NY, CT, and MA have dropped by offering their help. We can’t thank you all enough for your support; it means the world to us.”

There will be a fund raiser for Tyler and the other boys involved in the crash on Tuesday night, April 5th, at the Grand Oak Villa in Oakville CT from 5 to pm. Please contact Nick D’Anthony for details. 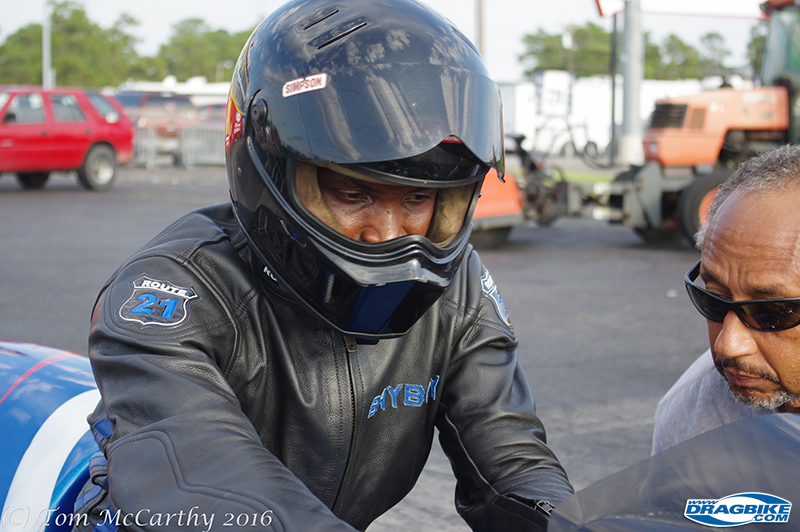 Eldred “Baybay” Yarbrough is also progressing with his recovery from a horrific crash on Friday night, March 18th, 2016. Baybay was on track in Eatonton, Georgia driving a grudge car when it flipped, rolled and caught fire. He is burned over 90% of his body and thanks to fast acting great emergency medical care his long road to recovery is progressing well.

In an interview with one of Baybay’s racing buddies on Sunday April 3rd, Dragbike.com was relieved to hear “Baybay is doing well, he’s been through eleven surgeries so far and he’s pulling through.”

While Baybay is still under intensive care, this is normal for a burn patient with such extensive burn injuries. He’s still on a breather at this time, but his vital are stable and he’s responding very well to treatments.

His mom has been at his side since the night of his crash and she remarked recently “The prayers are working! Keep them coming!” There is no way to measure the power of prayer but the value of it to the family and friends of these crash victims is immense.

Now that racing season is in full swing, there will be fundraisers both on and off track for these racers. Be sure to look for them at racing events this season and on the Go Fund Me page.