HomeTeam ReportsRegular title contender Hector Arana Jr. is prepared to step up in...

Regular title contender Hector Arana Jr. is prepared to step up in 2015

Regular title contender Hector Arana Jr. is prepared to step up in 2015

Lucas Oil Buell rider Hector Arana Jr. has finished in the top four in the Pro Stock Motorcycle standings in each of his first four seasons as a professional, and he would love to win his first championship this year as the Countdown to the Championship begins this weekend at the NHRA Carolina Nationals.

“We have a good shot,” Arana said. “We have really strong motors, and my dad and the rest of the crew have been working really hard at the shop doing what they can to make sure that all the motors are ready and the bikes are in tip-top shape.

“We’re going to do our best to stay focused, pay attention to all the details, and do the preventative maintenance we have to do to eliminate any issues.” 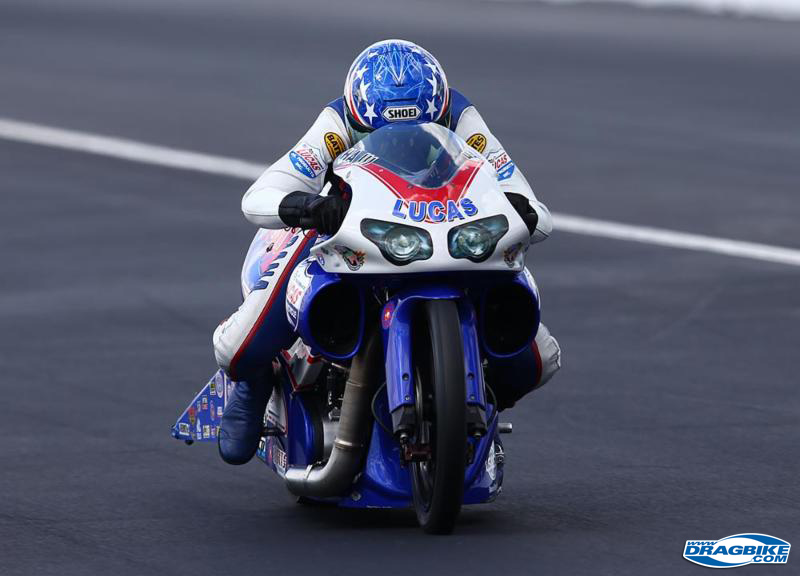 Arana’s father, Hector Sr., won the Pro Stock Motorcycle championship in 2009, and Arana’s best finish in the points was second in 2011, when he also won the Road to the Future Awards as NHRA’s top rookie. He finished third in points in 2012, fourth in 2013, and third last year.

This season, he has won one race in two final-round appearances and has amassed a 17-9 round-win record.

“I have to stay focused and do my part as a rider,” Arana said. “Like I always say, just go one round at a time and go from there.”

That’s his simple approach to the six-race, title-determining Countdown: Focus on one round at a time and let the points fall where they may.

“In order to win the championship, you’ve got to go rounds,” Arana said. “Sometimes you get caught up in thinking too far ahead instead of thinking where you’re at at the moment and you can get lost, so my goal is to not let that happen, stay focused, and keep going one round at a time.”