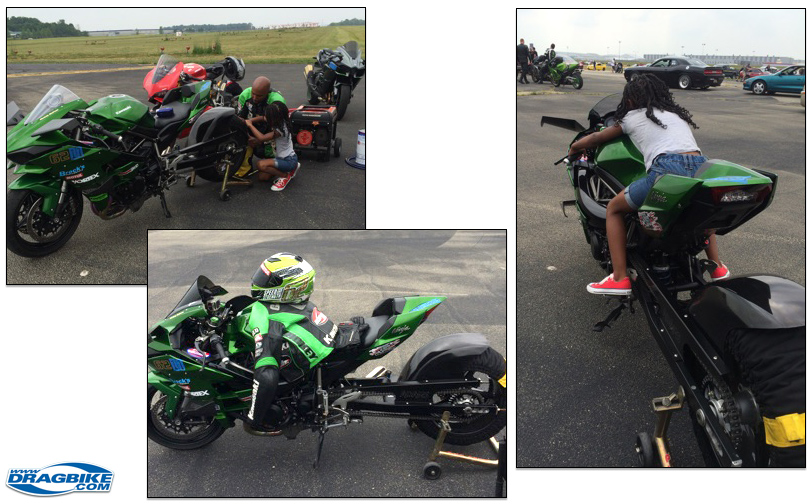 Rickey Gadson stepped away from drag racing for a weekend to try his hand at land speed racing with his Kawasaki Ninja H2. Rickey and his crew headed to Wilmington, Ohio for the East Coast Timing Association’s Ohio Mile event.

Rickey only had a week to prep for this event – no easy task when you are dealing with a 340 horsepower motorcycle. Modifications have to be made with care and be thoroughly thought through when you plan to arrive to an unknown location and compete at a high level and you only have two days to make it happen. 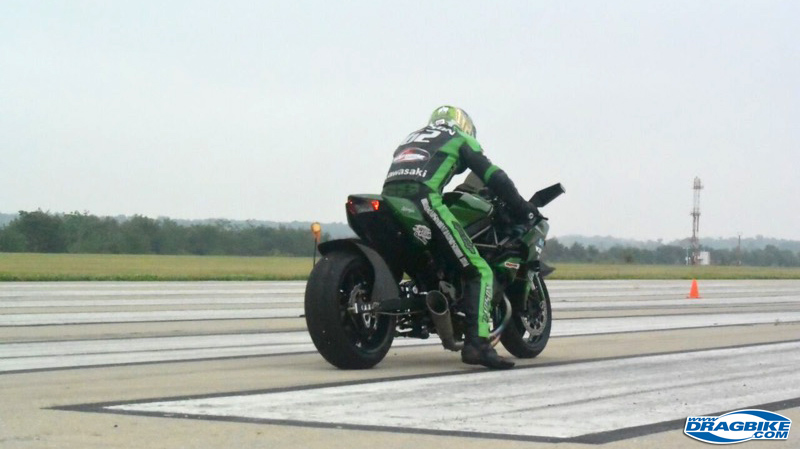 The first thing Rickey would have to consider is making changes to handle the lack of traction and the additional distance he would cover need to cover, not to mention the stringent safety guidelines of the ECTA. Rickey consulted with Brock Davidson of Brock’s Performance to help him on the project. Brock has a strong knowledge of sport as he as attended and participated in several Land Speed events in his career.

With all the possible gearing changes anticipated, Rickey ordered a variety of Vortex Sprockets, a set of tire warmers and loaded up the trailer with his Ninja H2 equipped with a BST Carbon Fiber rear wheel and headed out to the unknown. 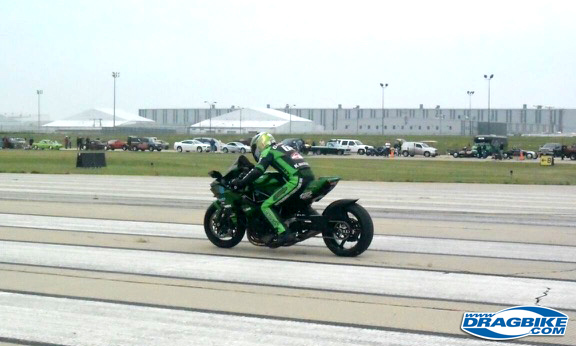 Going into his first ECTA event Rickey would be required to take a rookie orientation and complete two trial runs of 150 and 175 mph before he would be allowed to make any high speed runs. This is mandatory for all riders new to the ECTA. Safety is always at the top of the list when you are attempting to break records on highly modified motorcycles.

Going into this event the record Rickey was attempting to break was 213 mph. Rickey, like the champion he is, broke that record his first pass out with a 218.10 mph! Feeling he could get out of his H2 he made a gearing change and his second pass out was 218.34 mph. He wanted to see an even greater speed but bad weather came in and Rickey would not be able to make any more runs.

Knowing Rickey as we do, we can tell you this is only the beginning. 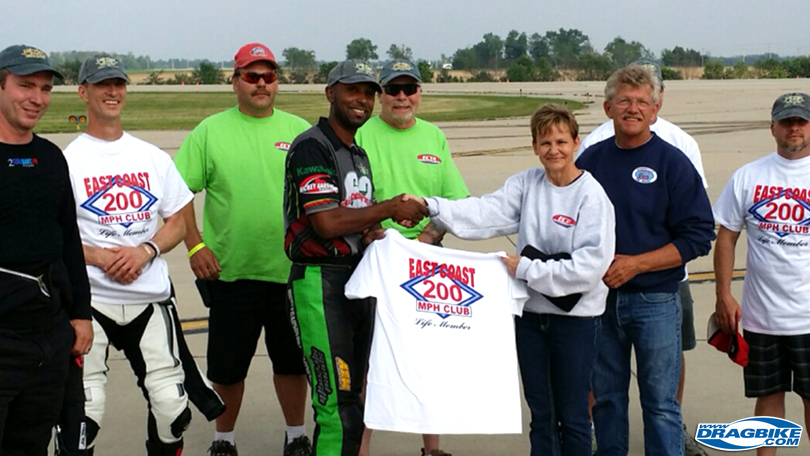