HomeNews / Race ResultsRockingham Dragway : 'Run What you Brung' a Sucess

Rockingham Dragway : ‘Run What you Brung’ a Sucess

Despite an unfavorable weather forecast, the inaugural race in the “Run What You Brung” Grudgefest at Rockingham Dragway was proclaimed a success by track owner Steve Earwood who hosted more than 80 serious bike racers for a series of “locked in” face-offs that extended the Saturday program well into the late night.

“The response exceeded all our expectations,” Earwood said, “and we’re already looking forward to our next all-bike race, which will run the week of April 18-19. “We had participating riders from six states on Saturday and because of the response, we had planned to open the track for timed runs on Sunday.

“However, most of these riders have day jobs so I think they headed home after Saturday’s program making it unnecessary to open up on Sunday. We’ll file that away for future reference,” Earwood said.

When the bikes return on April 18-19, in addition to the popular ”After Dark Underground” grudge racing format, it will also feature $5,000 to win Pro ET and $2,000 to win Street ET events on both Friday and Saturday as well as racing in the 5.60 and 8.88 Index classes. 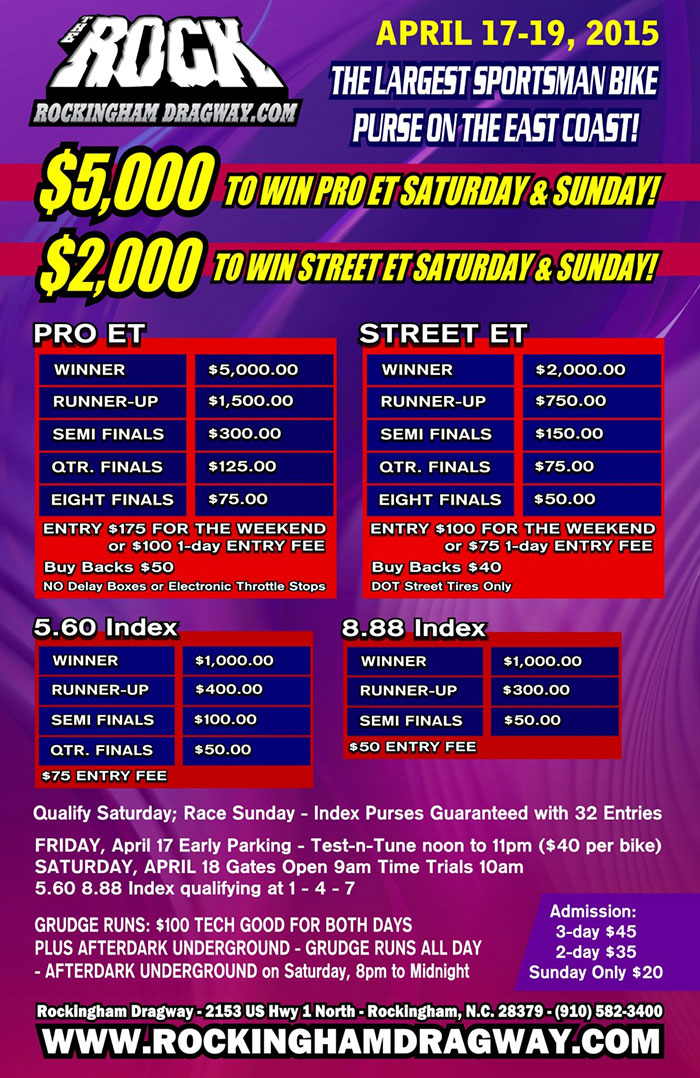