words and photos by Rick Eaton

After an extended, 7 month break, Pro Stock Motorcycles returned to action at Lucas Oil Raceway in Indianapolis, Indiana under brutally hot temps. Despite the less than ideal conditions, the riders still put up some impressive numbers. The competition was intense.

The success of testing and offseason R&D programs was visibly obvious. A few riders showed some rust but, overall, this group came out ready to race in Q1. After 2 sessions… Eddie Krawiec was number 1 with a 6.89 second pass. 130-degree track temps did not slow these riders down much. The top 10 was deep in the six-second zone.

The NHRA is running an abbreviated tour for the remainder of this year. This was the first of several 2-day races .. 1 day to qualify .. 1 day to race. 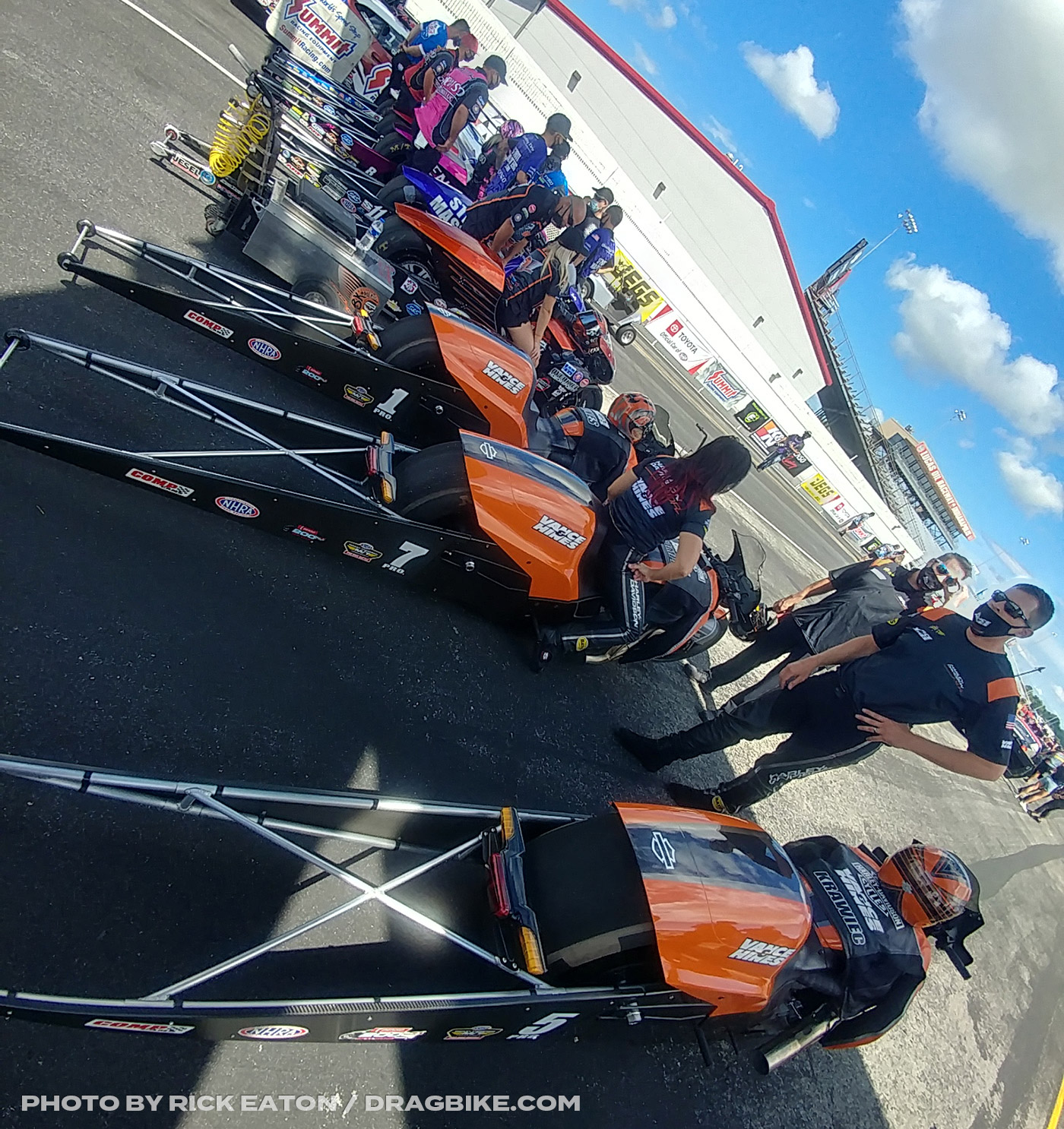 Sunday/Raceday opened up with ideal race conditions. It was just the opposite of Saturday’s brutal heat. Nearly everyone improved upon their qualifying times and speed. All of the winners were in the 6 second zone but Matt Smith sent a message to all with low E.T. and Top Speed of the event in his round one win.

The performance continued as round two began and Scott Pollacheck had a real heart breaker. He almost runs low E.T. of the event with a 6.85-second pass … but a gut-wrenching -.001 red light puts him into the trailer. Also in round 2, Hector Arana Jr has the best reaction time of the event and takes out Eddie Krawiec on a huge holeshot. Arana’s 6.92 takes out Eddie’s much quicker 6.87. The 3 bike Vance and Himes team is down to one bike. 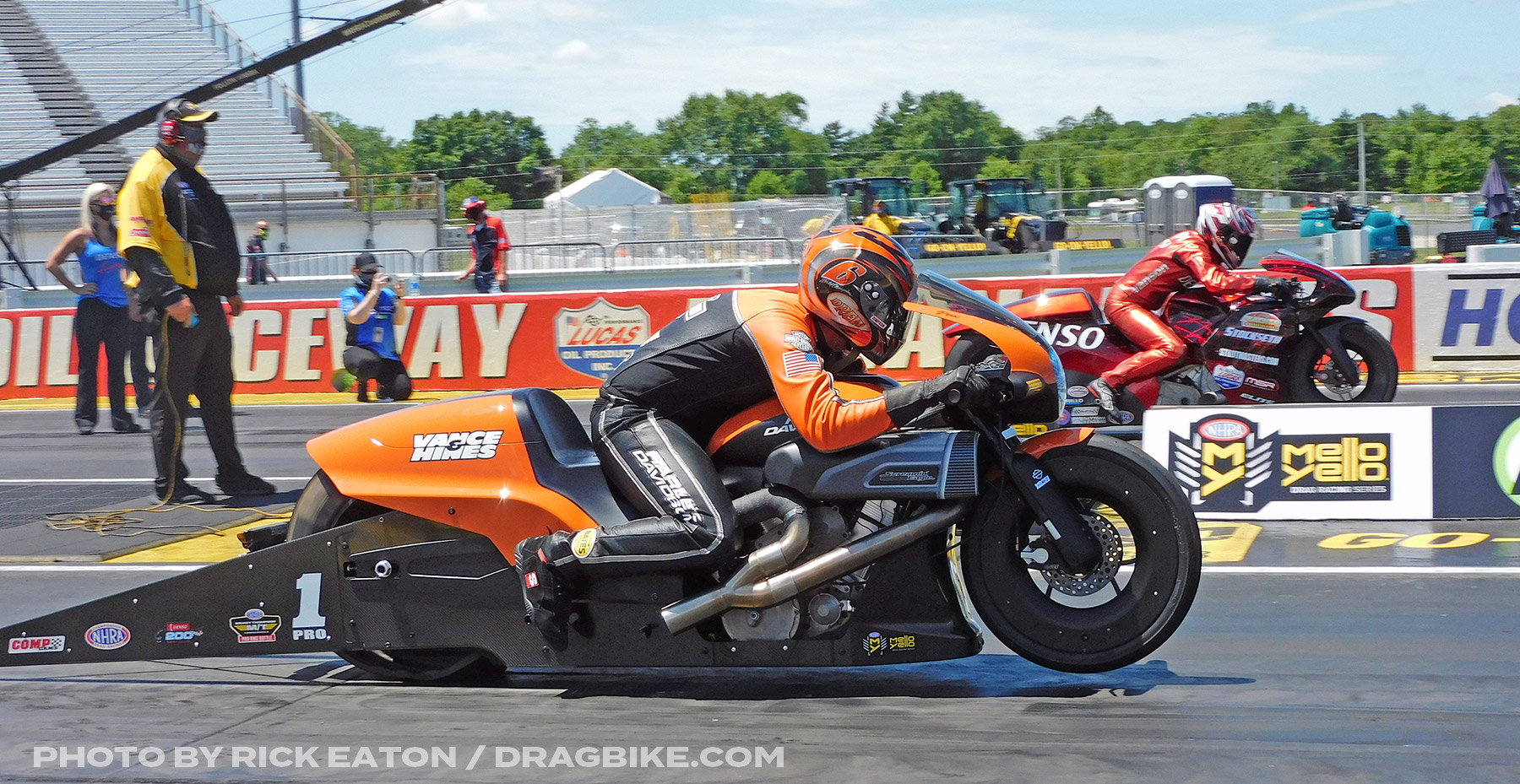 In the final 4 it’s Matt Smith vs Andrew Hines. In the title chase, this is a big one. Both riders run identical elapsed times but Smith advances with a holeshot win. Ryan Oehler wins easily on the other side of the ladder … and Oehler has lane choice against Smith in the Final Round.

Matt Smith goes into the final round after running Low E.T., Top Speed, and big holeshot win in the semis. He appears to be on a roll. Could this be his day? Nope … It all comes crashing to a halt when he drops the clutch in the final round.

Ryan Oehler gets a clean launch, Matt Smith does not … and the race is over at the 300-foot mark. An engine or clutch issue slows Smith and Flyin’ Ryan disappears over the horizon. Matt Smith helplessly watches his day come to a brutal and painful ending. 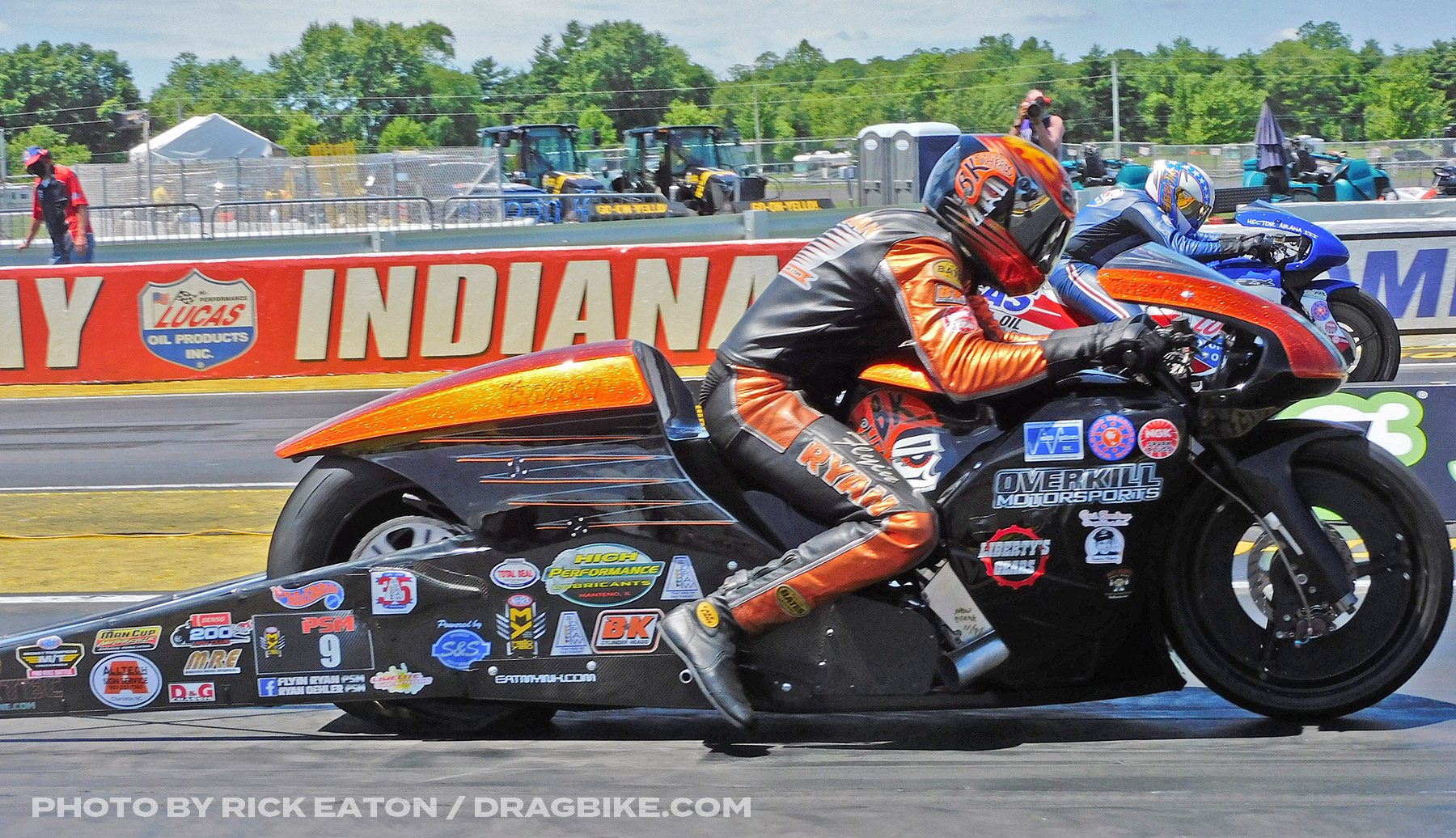 They say “If you can dream it… you just might be able to do it.” For Ryan Oehler and his team, a win in Indy is as big as it gets. Their team has worked hard.

Congratulations to all of you for a job well done.
– Rick Eaton 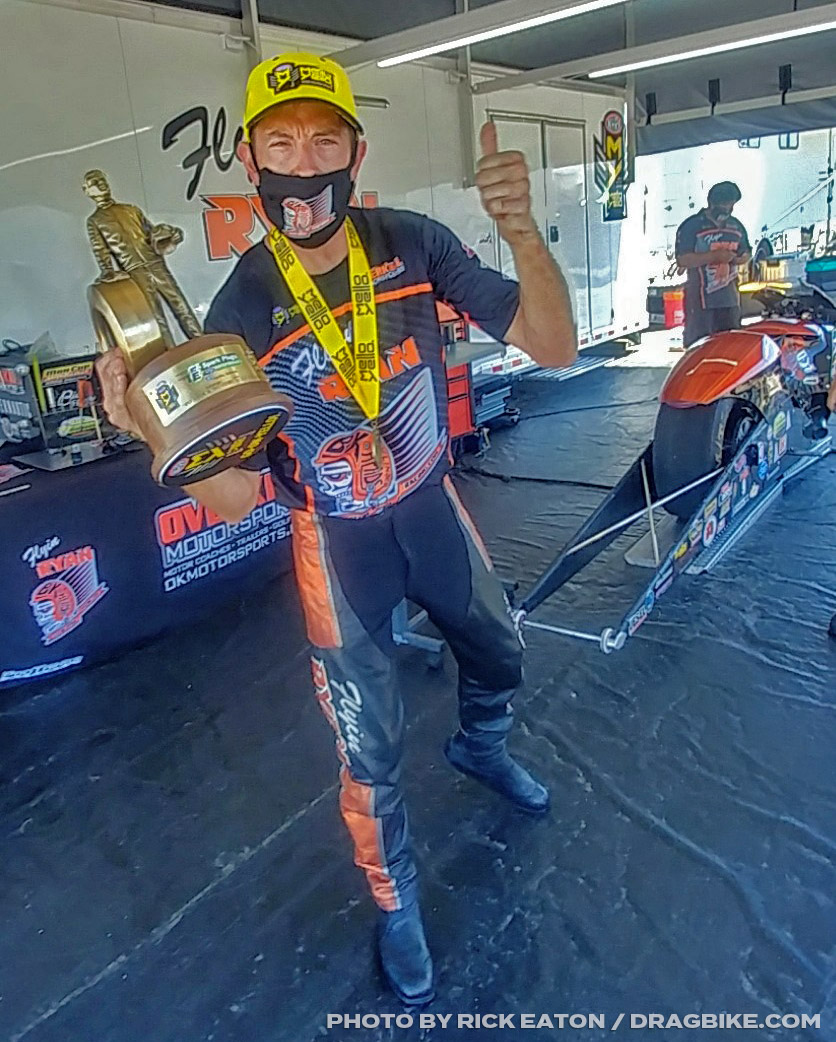