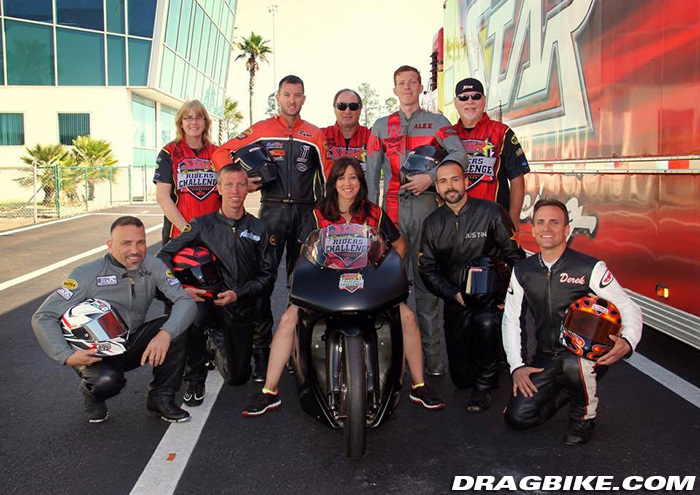 WOW!  The Star Racing Riders Challenge was an amazing event, from concept to creation this event was a total success.  The moment that I signed up for the challenge, I knew that it would propel and motivate my life and current racing season like nothing else could.  In preparation for the challenge, I like many of the other contestants began training, losing weight, and working on our mental preparation.  I had also previously attending George Bryce and Frank Hawley’s drag racing school in 2012, which definitely gave me an edge over the competition.  I left the school in 2012 a changed man, I had several new tools that I was able to use throughout my life and racing that made me a much more confident rider and stronger competitor.  This challenge was no different in that respect.  As I left the challenge yesterday and I drove home, I began to reflect and analyze the past week back in my head.  I realized that the information and knowledge that I gained in the four days that I spent with the entire Star Racing team and the other competitors was priceless.  I learned many things about myself personally and professionally that I may have never learned otherwise.  I learned that perception is reality, knowledge is power, and to never give up on your dreams.  Every single person that I came in contact with during this challenge was incredible.  Each person had something different to bring to the table and we all learned from each other throughout the week.  I also gained a ton of respect for anyone who currently rides and competes on a Pro Stock bike, wow!!!  These bikes are beasts! 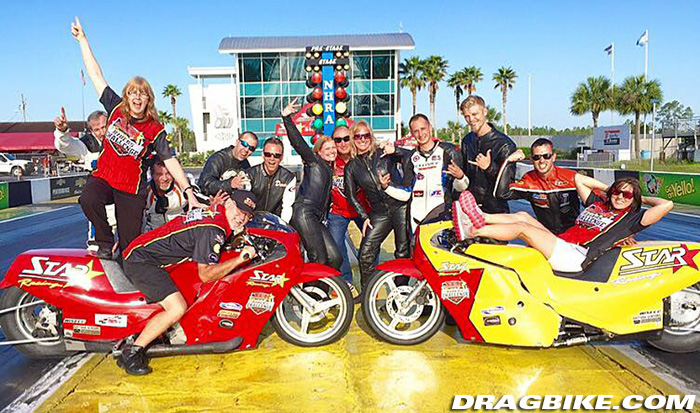 As the challenge began and I entered the third group of the competition, I was welcomed with open arms by all the competitors.  We had a great group and I was happy to meet and share this remarkable experience with them.   But after I was announced a finalist and walked into the classroom on day three, it was a totally different atmosphere.  It was at that time I knew that it was game on and that these six competitors were about to duke it out.  We all wanted to win so bad, however we knew that only one of us would walk away the winner of this competition.   After the first day of the finals came to an end, everyone knew it was going to be a very close competition.

However, I also knew that whoever won really deserved it.  As I walked into the classroom on the final day I knew that I would be happy for whoever the winner and I was proud to be in the same room with each of them.  Being in the third group and competing for 4 days straight was a grueling task.  They asked each of us, if there was an advantage of being in group 1, 2, or 3.  At first I thought that being in group 3 was a total advantage.  Then after four 12 hour days in a row of extreme competition, I would totally withdraw that remark.  I believe that this was very fair and well thought out event.  Each of us had struggles and things to overcome during the event.  Each of us brought everything that we had and left it all out there on the track. 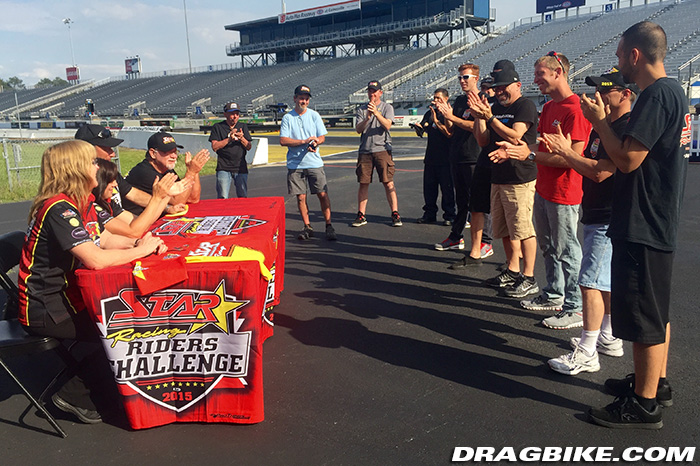 Finally it was time to announce the winner, at this point we all had a really good chance of winning, but as we all know there can only be one winner.  Then to my surprise they announced that we have a tie.  Andrew Paterson and Justin Collier had tied based on total points calculated.  It made for an even more amazing end to this event.  George and Angelle then re-interview both Justin and Andrew separately and came back to the winner circle nearly in tears.  This entire process had been very tough on everyone and especially the judges.  They then announced that Andrew Paterson was the Winner of this monumental drag racing challenge, and I couldn’t be happier for him.  I can’t to watch Andrew compete at the NHRA Summit Southern Nationals this May 15-17 and see his dream become a reality.  Once again congratulation Andrew and I am very thankful for this opportunity that George and Jackie Bryce have given me and I hope to attend this challenge again in the future. 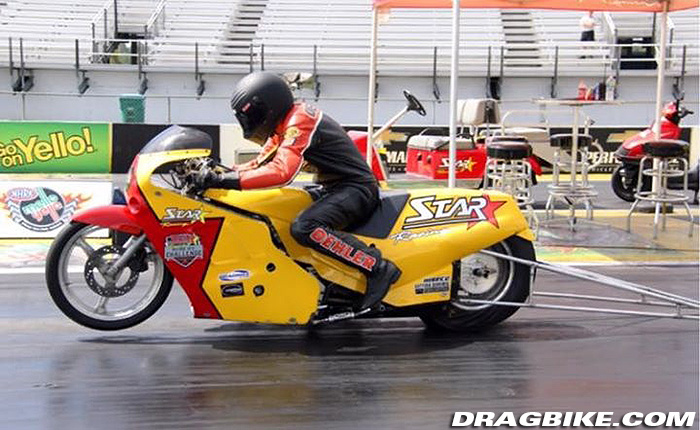