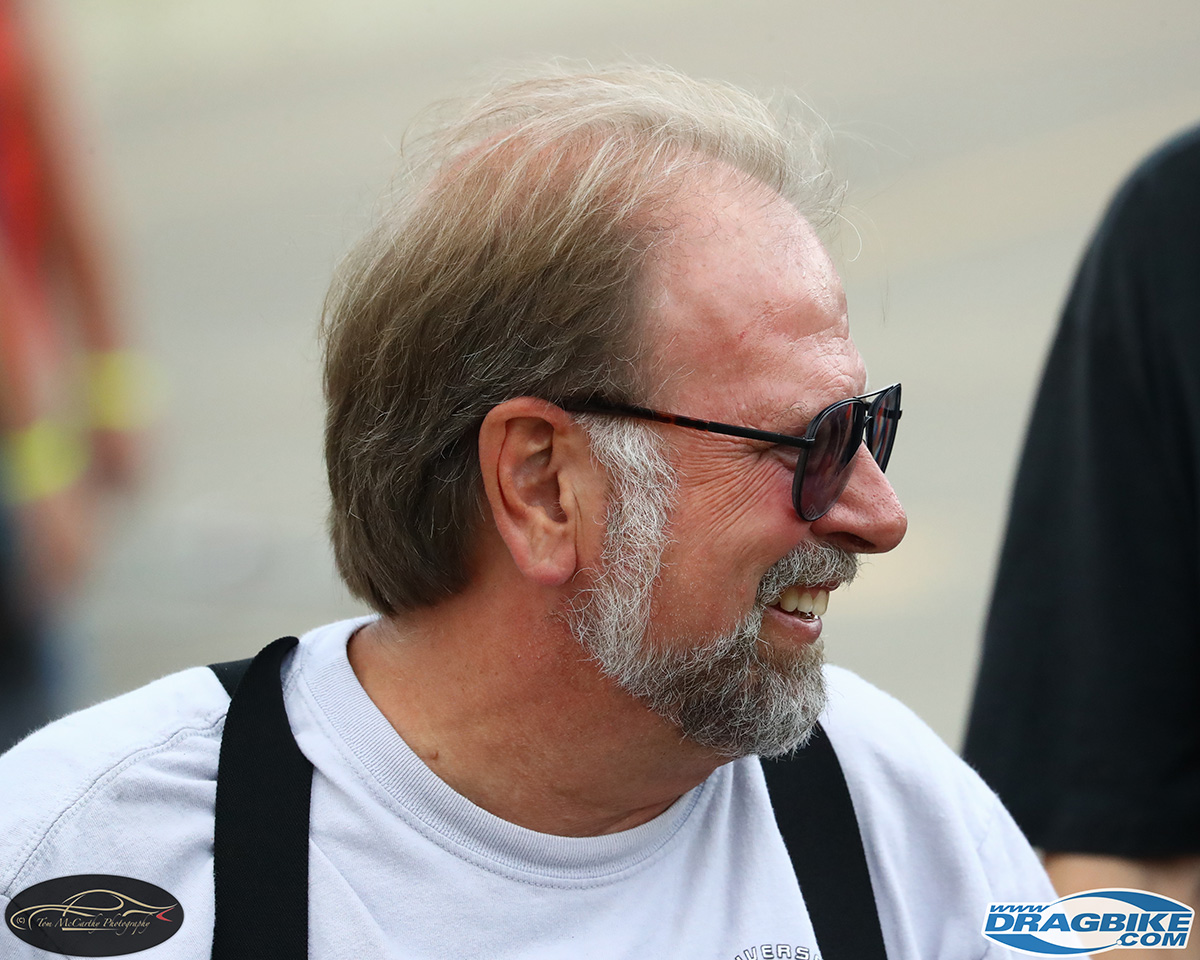 Legendary Top Fuel motorcycle pilot Sam Wills, of Oklahoma, was injured in a shop accident on Friday, February 12th, 2021. Sam was on the upper portion of an eight-foot ladder and took a tumble, resulting in a broken left femur in two places. Sam had recently closed up his Innovative Frameworks business in Oklahoma City and was renovating the old shop when it happened.

As of Sunday, 12 noon, 14 February 2021, he is out of surgery after having a large metal rod inserted in his femur and will be off his feet for a while recovering. His prognoses is for a full recovery and he is on the mend. 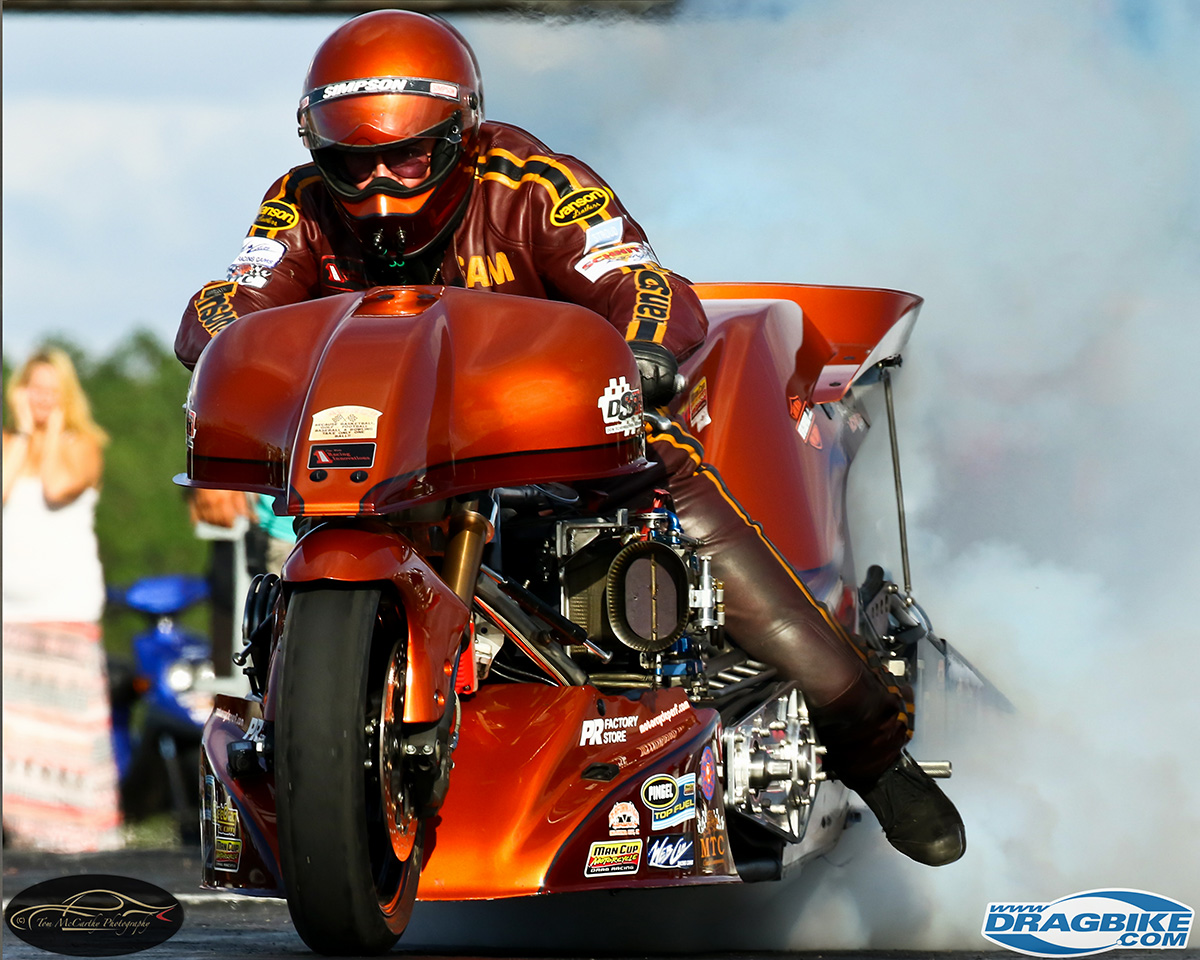 Sam began attending motorcycle drag racing events in the early 1970s. He and his friend Bo O’Brachta, started out racing ET bracket bikes, quickly ascending the drag bike classes, advancing to fuel bike racing by 1974. Since then, Mr. Wills has been a significant figure in motorcycle drag racing history, racing and building Top Fuel motorcycles. Sam has built some of the most famous drag bikes in history and influenced the design of many from his earliest days with his old shop “Racing Innovations” he began alongside Carl Ahlfeldt – one of the greatest tune-up men, every to turn a wrench on a drag bike.

Sam entered the prestigious 5-second zone on a Top Fuel bike on April 28th, 2015, with a 5.88 @ 243 MPH during the Man Cup, World Finals, held that weekend. His accomplishments and contributions to the sport have been enormous and will stand for all time. We at Dragbike.com wish him a speedy recovery.