The weather was perfect with highs in the low 80’s and lows in the evening dipping to the low 60s. It was perfect weather for a weekend filled with fantastic racing. This race brought out a lot of newcomers and the return of some old faces who made a return to the series.
Thank you to all the racers that came out to run with the SDBA and thank you to our sponsors!

The Hard Times Parts & Service 32 bike Shootout – Friday night ended up with Rick Perry winning box (and runner up in no box) and John “Spooky” Markham winning the box class. 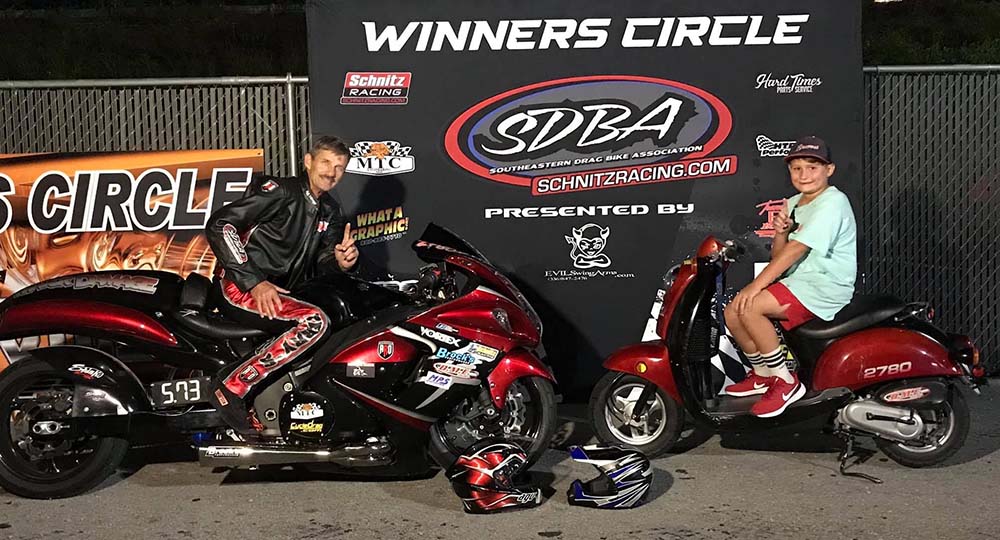 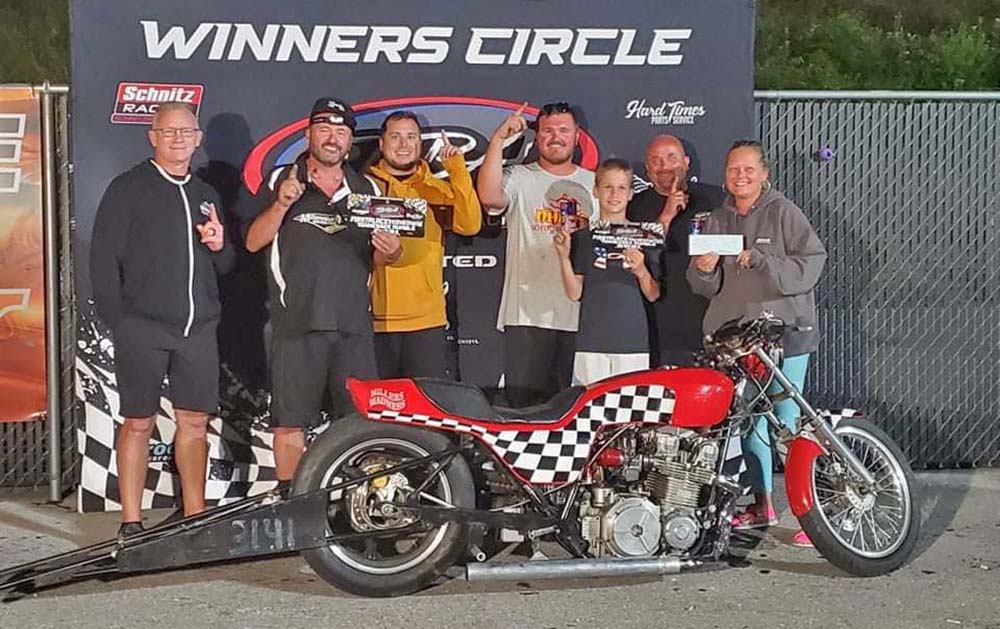 SDBA Pitter Nationals – 16 bike shootout kids vs. adults saw Braylan Perry take the win in the kids class to then face Crossville Dragway’s own starter Johnathon who won the adult side. Johnathon would go on to win the face-off in his first-ever bracket race of any kind. 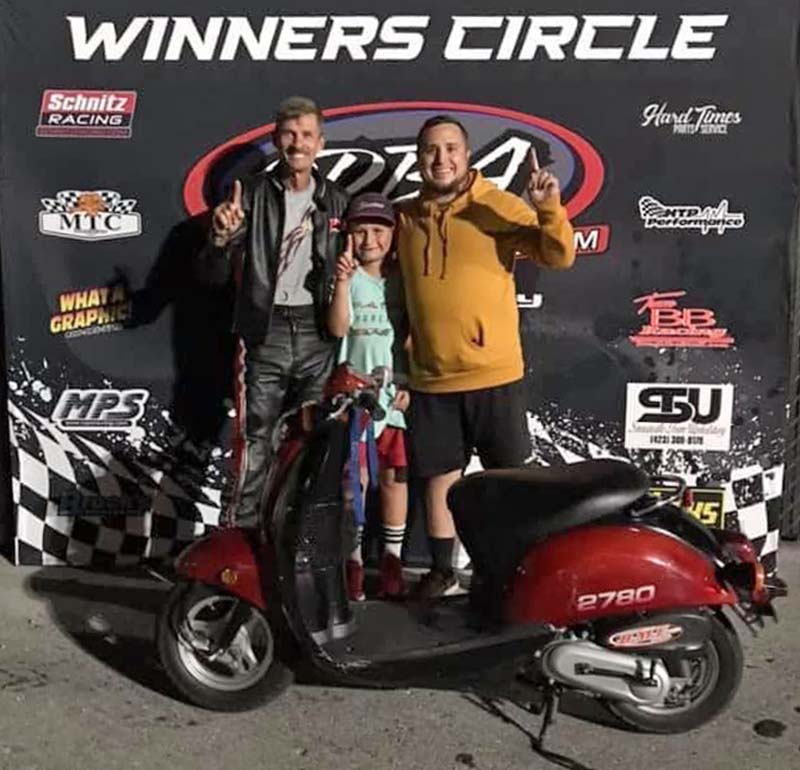 MPS Racing Pro ET – Duane Jackson from team double 0 racing gives meaning to the team name when he manages to take the stripe over deadly Joe Deck by .006 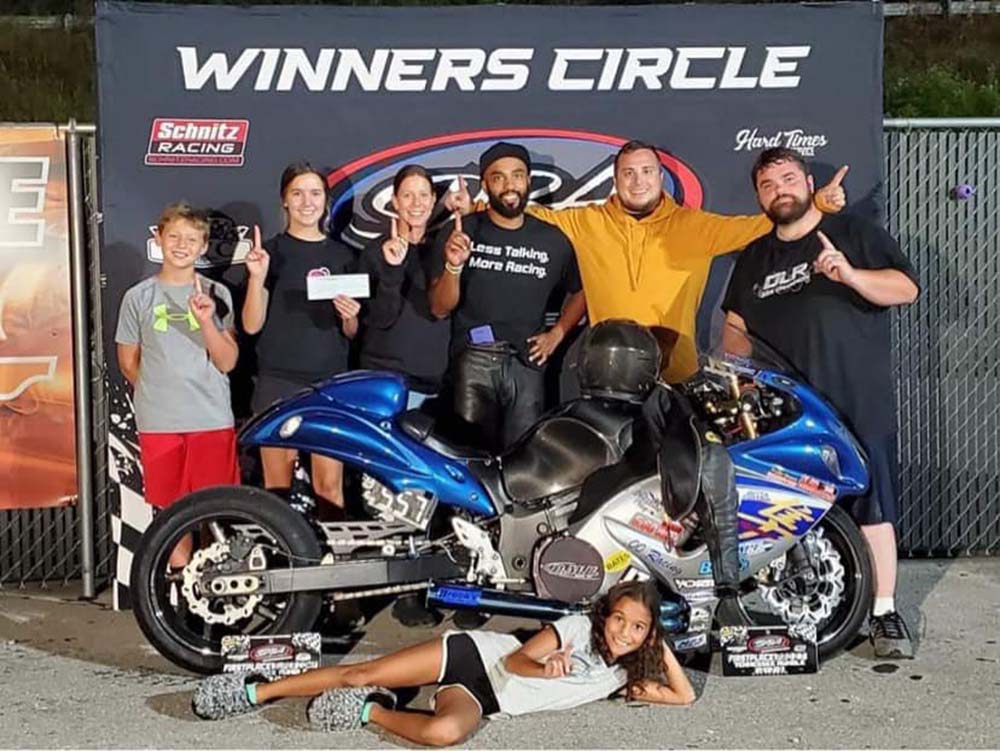 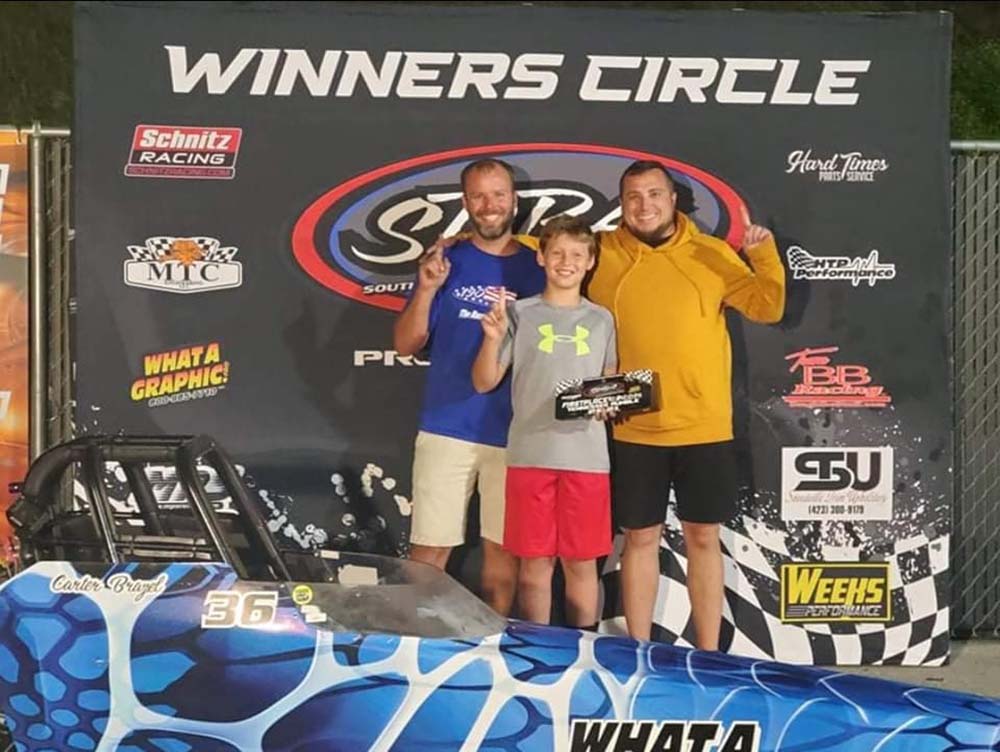 Brock’s Performance Street ET – Cody Spires out of Nashville Tn. came in with a fairly new combination with only a handful of passes on it. Cody was able to take his entry to the finals against the always deadly Dustin Lee. Cody Spires took Dustin off the tree by .011 but the pass ended with Dustin coming around on the big end taking the stripe by .019 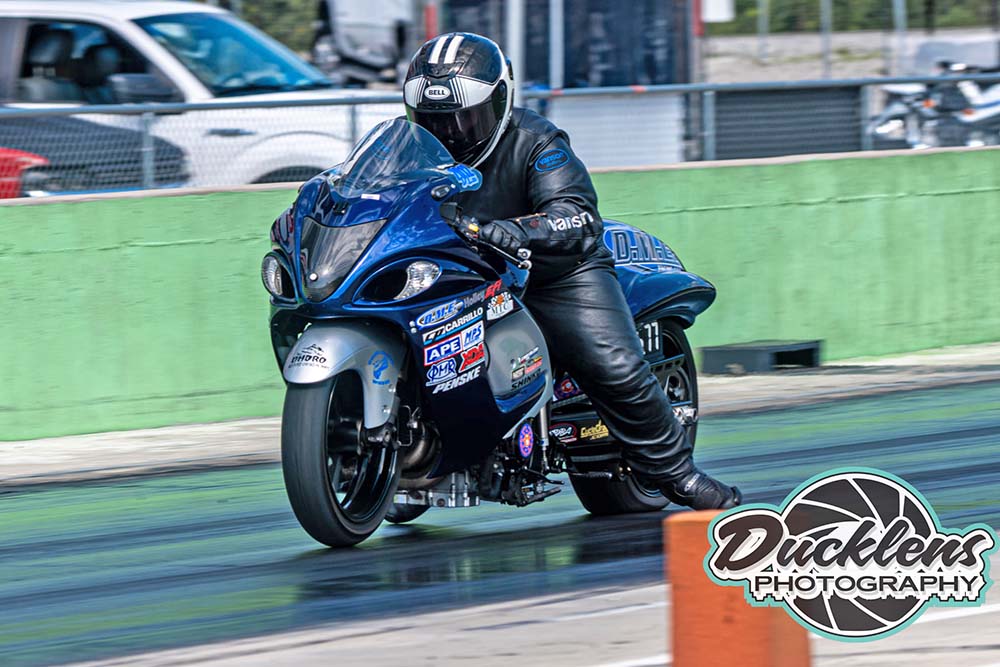 Week’s Performance 4.60 – Kevin Hill Puts his number 1 qualifying position to use for him ending his night as the winner in 4.60 over Big Mike Murphy with Murphy going red on the tree. 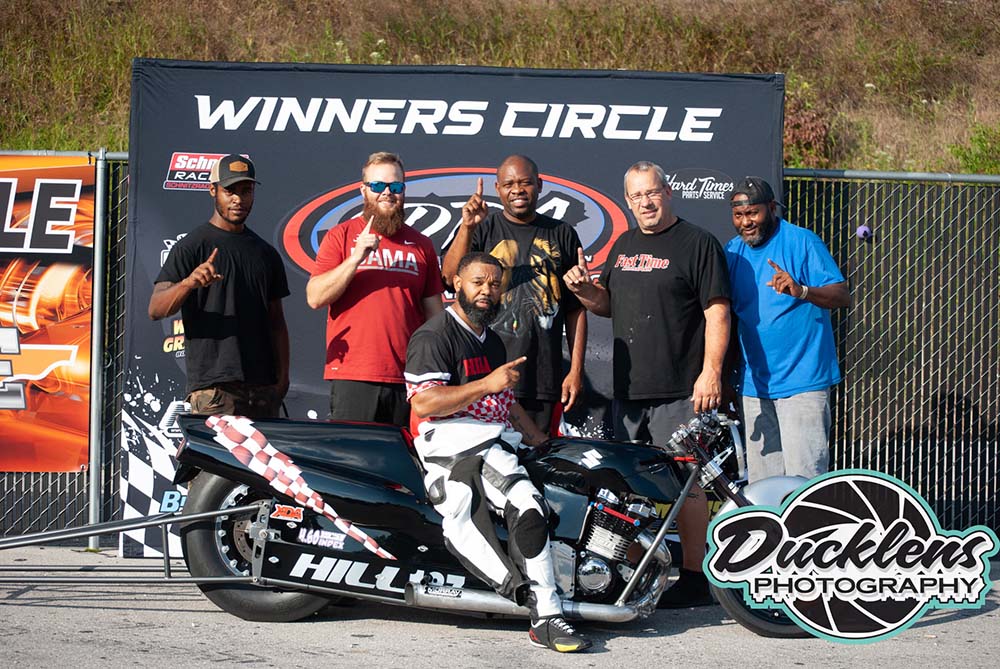 Schnitz Racing Top Gas – Mantez Thompson Jr. in only his second ever TG race takes the win in the finals over Mr. Top Gas himself Joe Deck. #1 qualifier – Dustin Lee 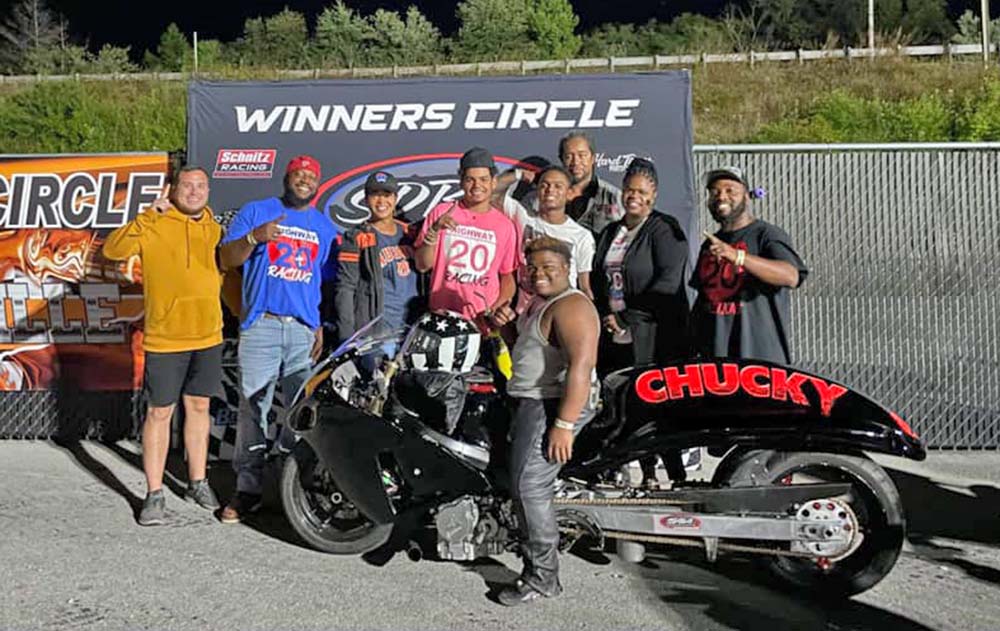 Sneedville Upholstery & Trim V-Twin – The ever deadly Randy Hammons on his Harley Vrod takes the win over John Reid aboard his Harley Destroyer replica named the Confederate Express. 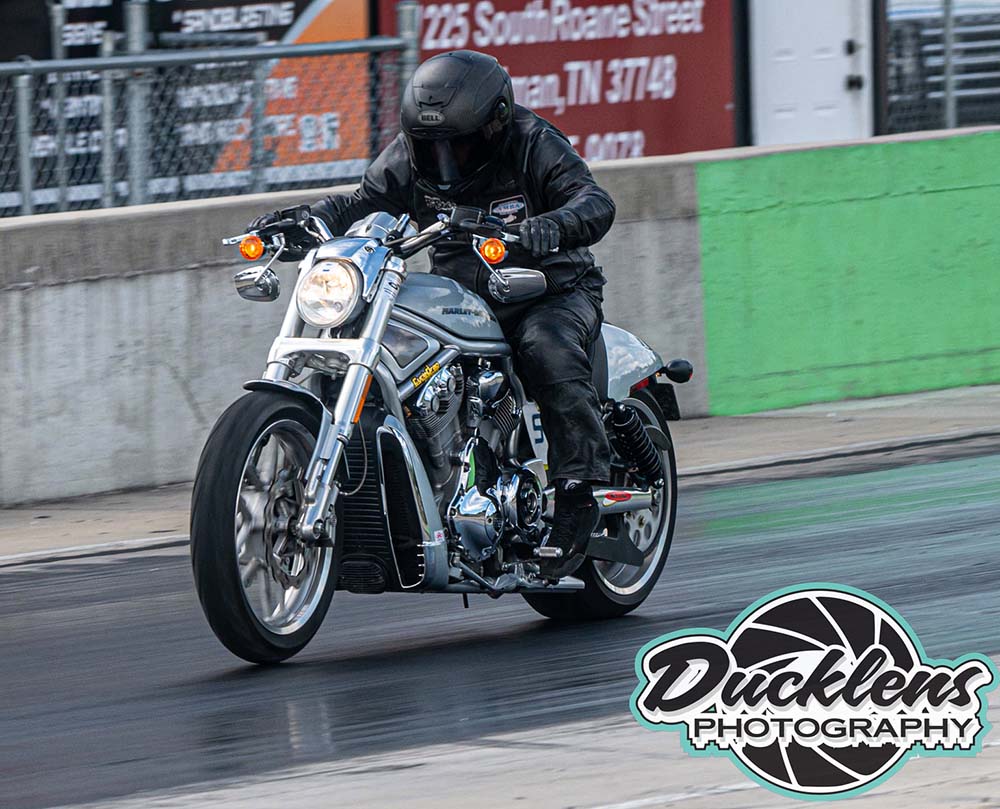 MTC Engineering Super Comp – Out of Virginia, Duane Jackson makes the 9-hour drive worth it to take the win in Super Comp over Larry “Pretty” Hand – #1 qualifier Wes Brown.

BB Racing Ultra Sportsman – Our tightest field at every single race saw the top 3 qualifiers separated .0072. In the end Dalton Markham in only his second race with SDBA this season took a bike he had never ridden before “the chopper” and wheeled his way all the way to first place taking the win over the always consistent Corey Lee. #1 qualifier Ken Ford. 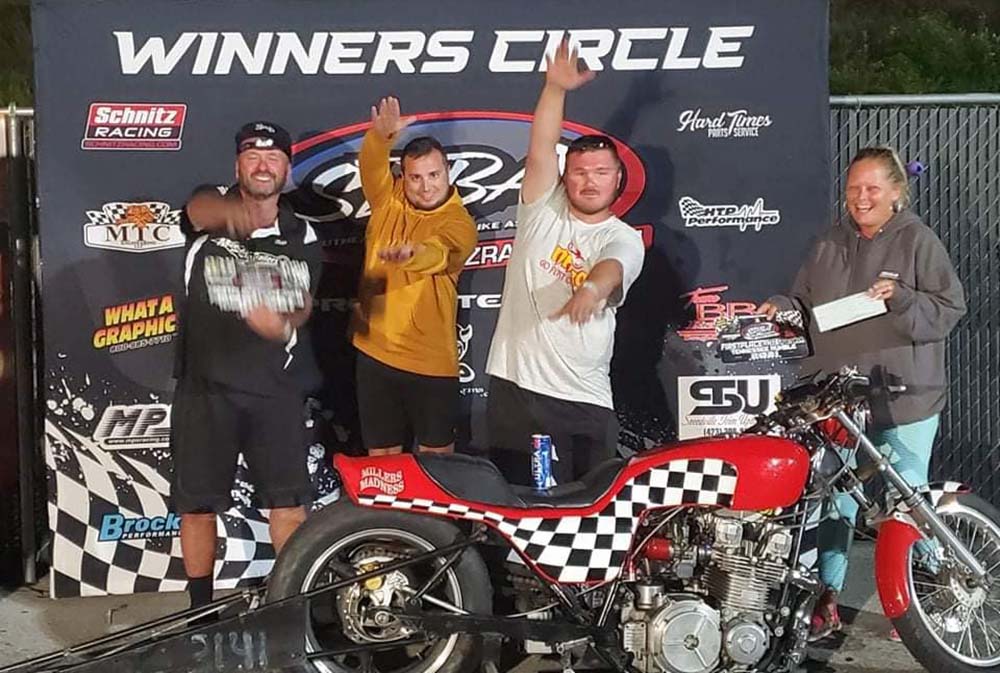 With two races left in 2021 the points chase is getting tight, racers are getting on edge, bikes are at their breaking points, but everyone is excited to battle it out and see who comes home as the season champion of the Southeastern DragBike Association.

The next race will be at Huntsville Dragway for the Fall Brawl on October 2nd. Be sure to come join us! 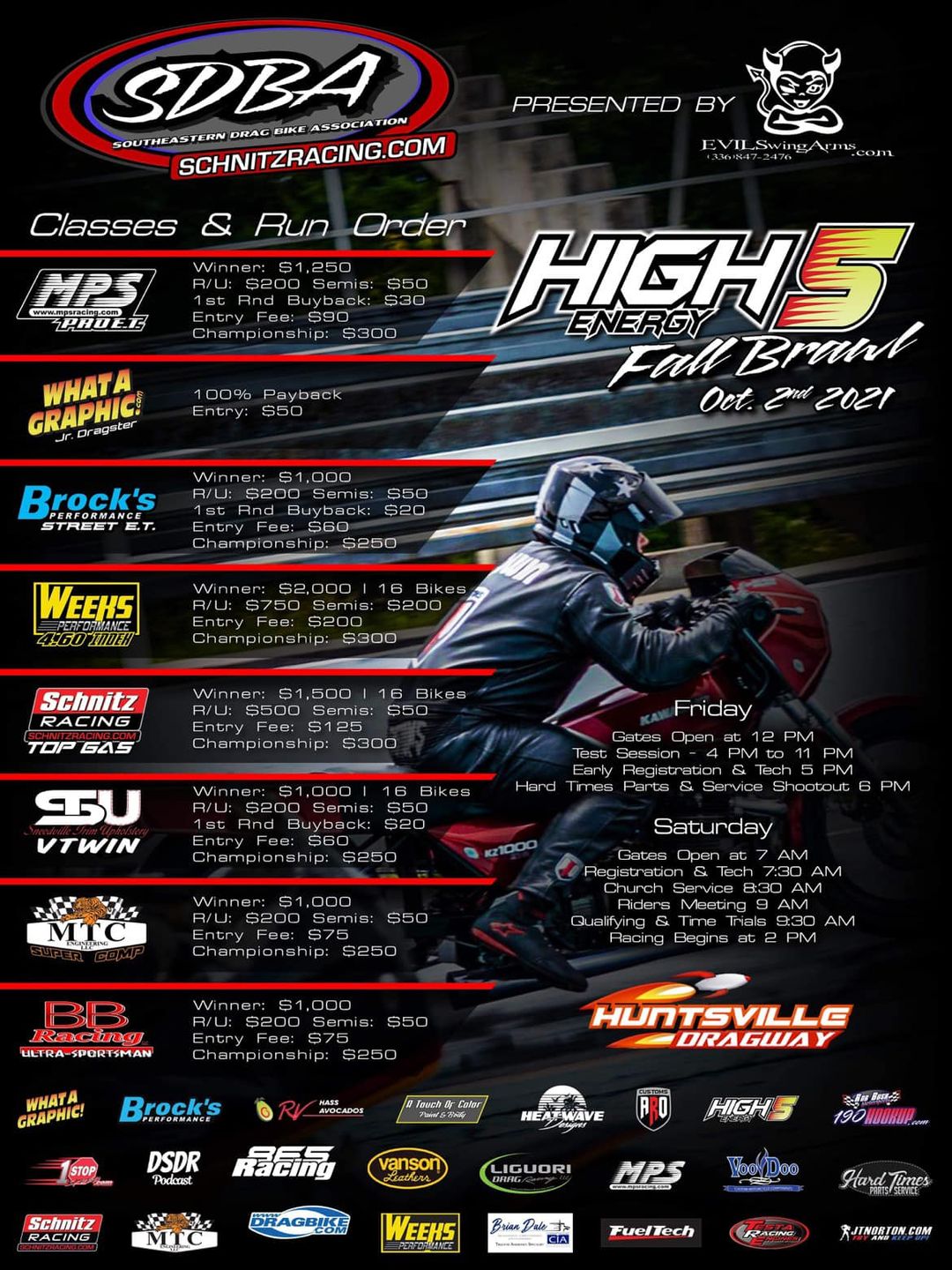 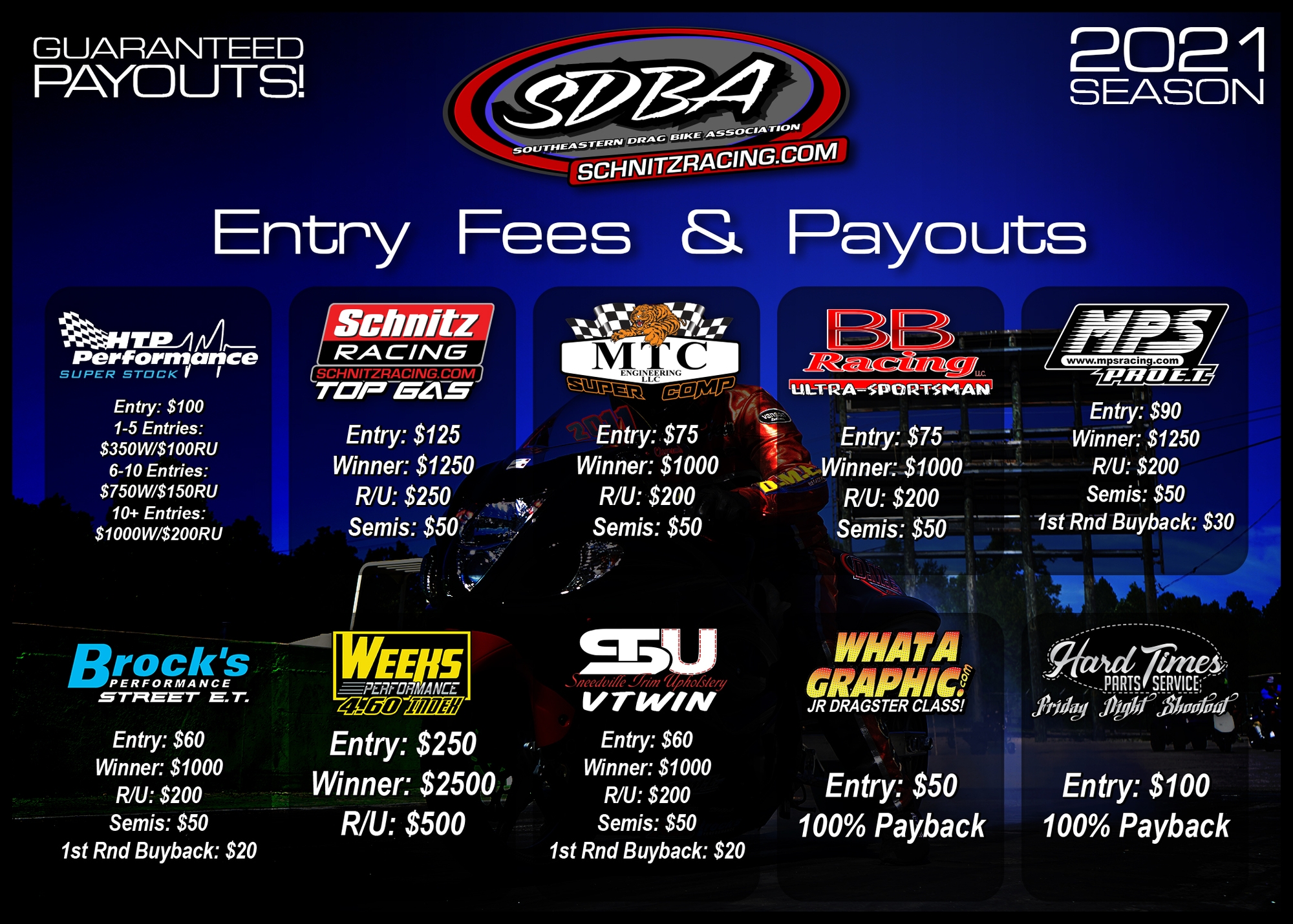