The Shield Bright Coatings, Top Fuel Harley Team, had an optimistic first outing on April 8-10, 2016, at the Man Cup Exoticycle Roaring Toyz, Spring Cup race. The event, held at the prestigious South Georgia Motorsports Park near Valdosta, Georgia is the first stop on their five-race tour this year.

Mike Beland, the pilot for the Don Johnson tuned bike was pleased with the first outing, “We qualified 7th and made the field in our first outing, that’s a great start for a new team” he commented after the race. Mike was more than ready this first race. 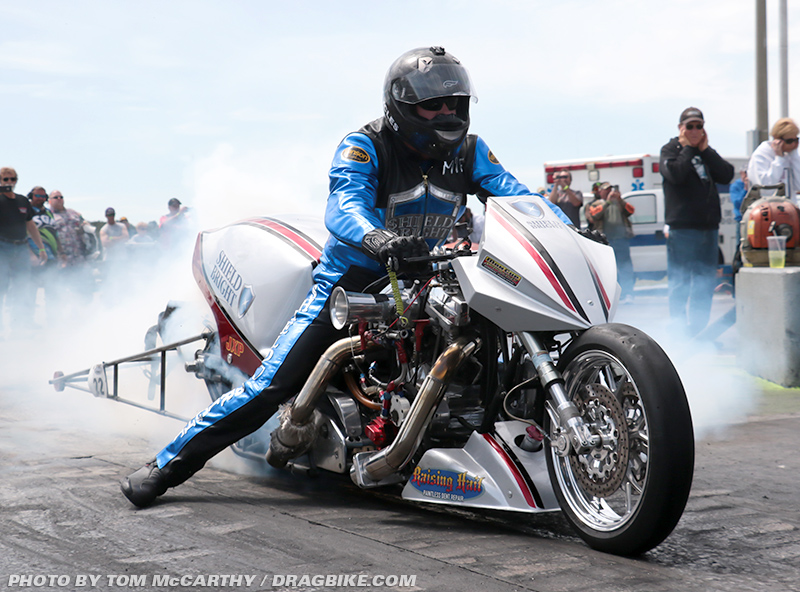 “In round one we had the big legend of our sport, Larry “Spiderman” McBride and there’s no quicker way to bring out the best in you than to face the best.” Larry qualified second for the field so Mike brought his “A” game to the starting line.

Mike got out on Larry with a .147 quicker reaction time to the starting line tree than Larry’s .172 reaction and for a moment; Mike was out in front. But after that, McBride’s new bike just pulled away. Mike commented, “We gave it all we had and it was a good first race.”

“Overall I think we all worked well together. We tried some new clutch combinations that didn’t work out the way we hoped they would, but that’s racing. You have to try new combinations to find more power and go quicker.”

The next outing for the Shield Bright Team is June 11 & 12 at Rockingham, North Carolina. “We are excited about going to the Rock. That’s a race track that can take just about anything you can throw at it. And the shutdown is forever long, so as a fuel bike pilot, we all like that. Myself, I can’t wait for the next race.” 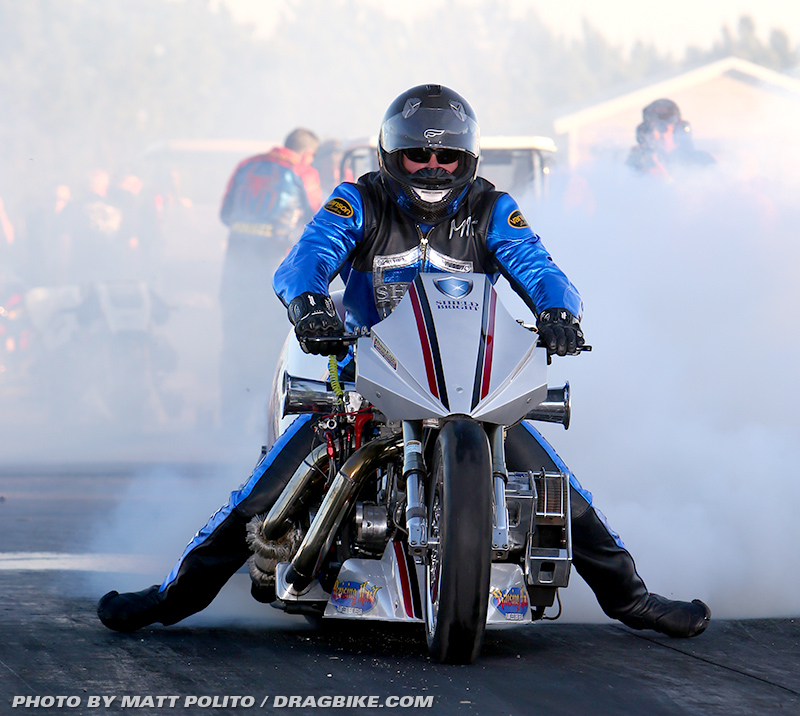 SHIELD BRIGHT is a cutting-edge, professional restoration and coating company with services extended to all vehicles (Aircraft, Automotive and Marine). We specialize in high-end restoration processes and premier coating products, and we continually strive to be the very best in the business and have been successful in doing so over the past 20 years.

Originally designed for the aerospace industry and now extended to all vehicles, “FlightShield” is a crystal clear nano coating that chemically bonds to aircraft paint to become a new surface and protective layer offering an ultra-smooth, high gloss and resistant coating.

For more information on Shield Bright and their services or on the Mike Beland, Don Johnson racing effort please contact: