Last weekend the Malta Drag Racing Association hosted Round 1 of the 2017 Drag Racing season. The team made changes to its well-known Turbocharged Suzuki Hayabusa owned and Tuned By Simon Giordmaina, ridden by Franklyn Borg to continue where they left off in 2016 which they closed with a national Superstreet Bike ET Record of 7.091sec. 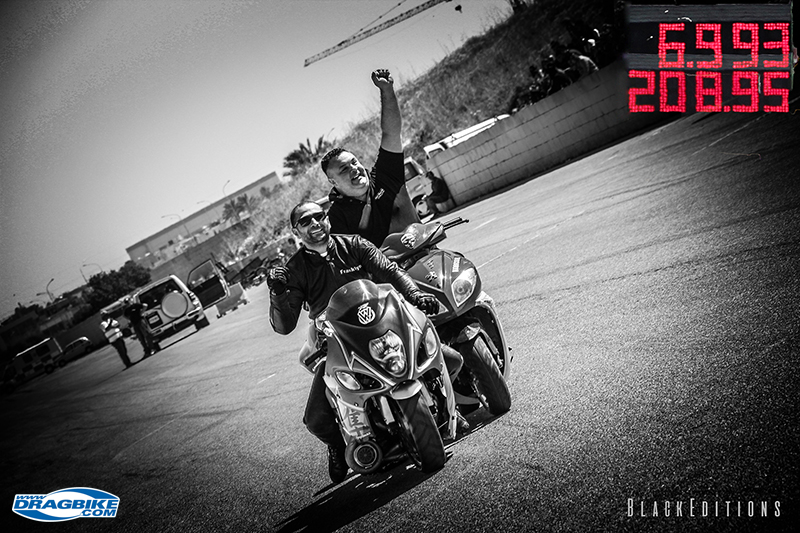 Meanwhile, another competitor of the same class Shawn Buttigieg took over the National Record with a 7.08 pass backed up later with a 7.07, meaning the team needed to step up their game. Saturday Qualifying. Everything showed the air and track conditions were better than last November race, the bike went a 7.11 with a Personal best speed of 206mph straight off the trailer with all increments showing a 6-second pass is not an impossible dream anymore. 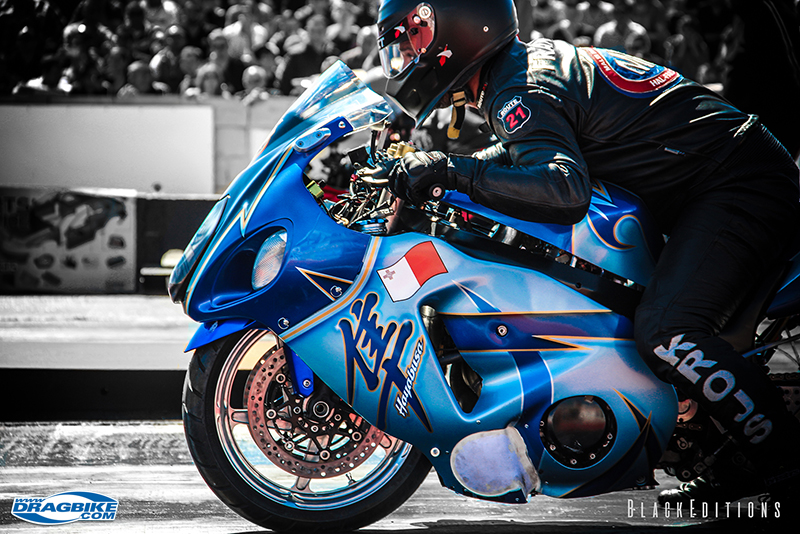 Later on backed up with a 7.083 at an astonishing 208.40mph terminal speed, which made the team believe this could really happen. After a lot of data analyzing from Simon using his Magics in MoTeC and AMS2000 whom also discussed with Franklyn changes in the tune-up between Saturday and Sunday trying to make the combination work between all the tools on the bike’s clutch, power, chassis and more… the bike was ready for eliminations. Air and track conditions were ideal, Had 2 setups ready and decided last minute not to go for the aggressive setup. Bike left the line, stayed on the ground and a 1.23 at the 60 foot, 4.64 1/8 mile showed up on the scoreboard. We thought this could be it, the win light went on and all the hard work paid off, 6.993 at 208.95mph. It was once a dream, not anymore. Not only a national record in it’s class. The bike was the first SSB to run in the 7’s and now also the first SSB to run in the 6’s in Malta, but also puts the bike Number 3 in Europe from the active registered bikes under FIM SSB Class rules. 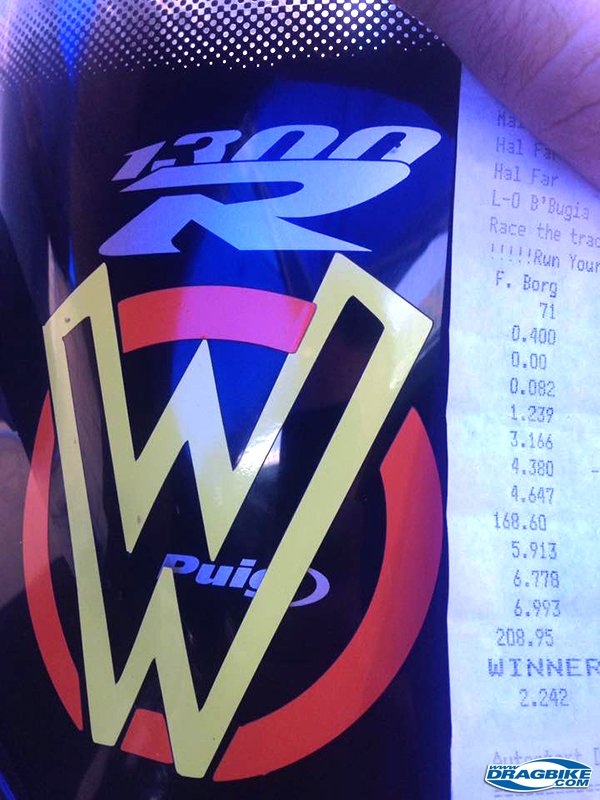 It could not be a better weekend for us after all the hard nonstop work since last November coming back, qualifying 1st in both SSB class and OPEN Class and winning both Finals….

Simon, Franklyn and the whole Team would like to take this opportunity and thank firstly Mr. Rodney Williford for helping and putting us in the right direction consistently, MTC Engineering for the amazing Clutch, NLR for power control and more.

Special thanks from Simon himself goes to Franklyn for doing a great job riding the bike and for also helping out, Leli for all the help, Gabriel for the support and now Press and Media relations, George for finding the time for hard work at the workshop. 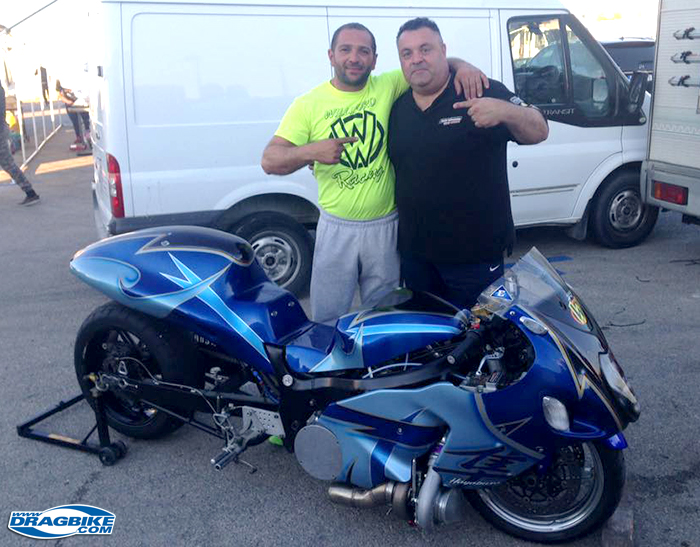 Special BIG Thanks goes to all the people who have always and are still supporting us, again the feedback from you on the stands was something special, you can never explain how happy it makes you when you see the stands cheering at what you just achieved so thank you all again.

We have to say a BIG Well done and thank you to the MDRA for putting such a great event and a track that can handle what you throw at it.

Our parents who support us while also being caring, Charles & Carmen and Marcell & Doris.

Last but not least Simon & Franklyn want to thank their wives and children for the full support they always give… even when it sometimes means less time with them…. we love you and we thank you for being there backing us up all the time.