Police discovered the bodies of Scott Grigaliunas, 39, and his wife, Becky, 42, at their home in rural northwest Ohio on Oct.8. Both had been shot. A family friend had called police after Mrs. Grigaliunas didn’t show up for work. 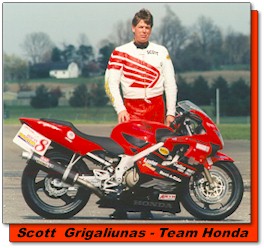 Brandon, 15 at the time, was at school when the bodies were found. The house was not ransacked and there were no visible signs of a burglary, Vermillion said. He declined to comment Wednesday on what the motive was believed to be.

The elder Grigaliunas was a four-time season champion in International Drag Bike Association events, with two of those titles won last year in separate categories. He was twice voted rider of the year by the association’s 1,500 members.