Just weeks before the most prominent motorcycle drag race of the year, Frankie Stotz clinched the NHDRO Pro Street Championship on his American Honda CBR1000RR.

Before arriving at the Man Cup World Finals, Kent and Frankie spent countless hours going over the bike and getting it ready for the final battle with hopes of crushing the Pro Street record with 6.5x pass. But the weekend turned into to more than they had hoped for. 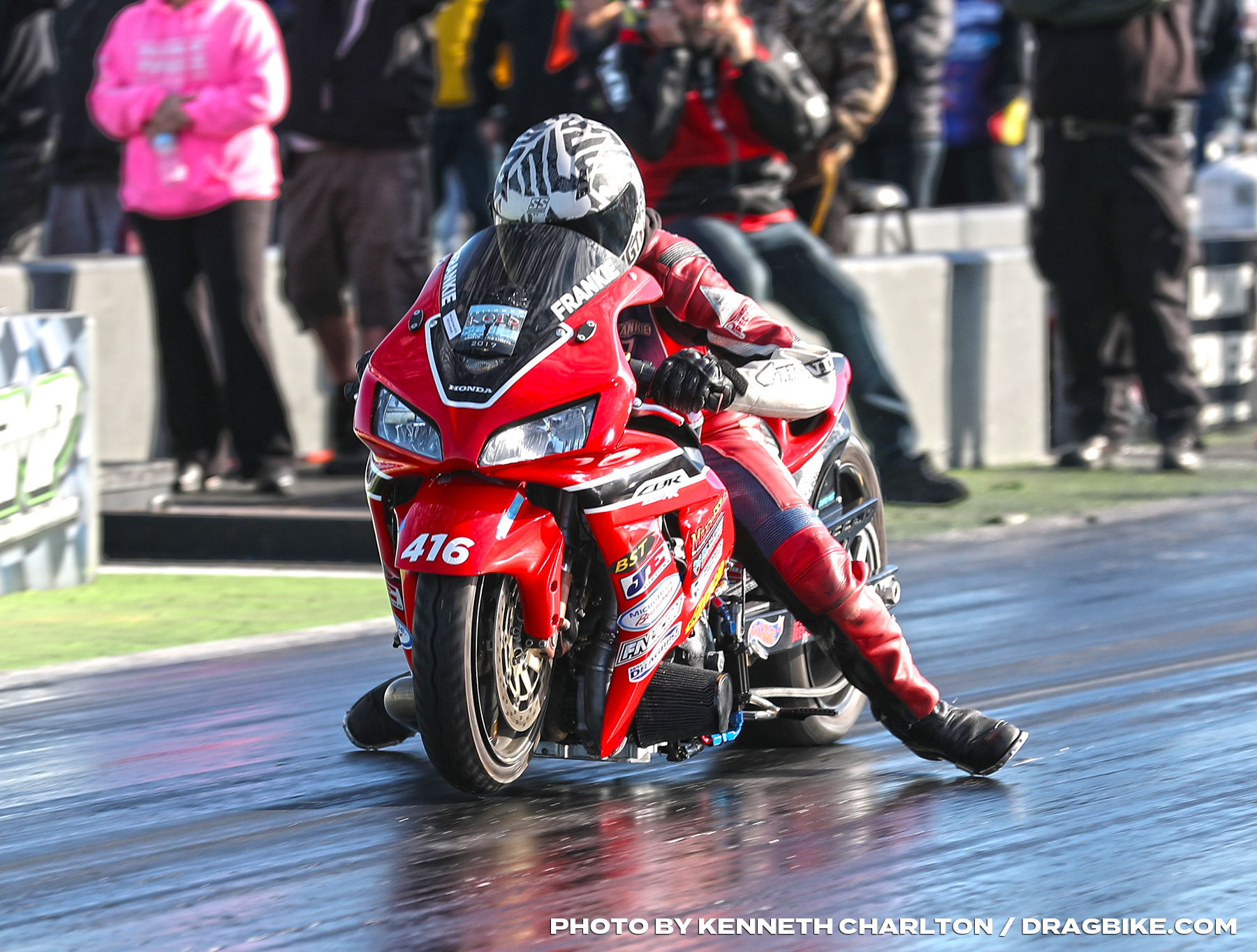 On Friday, the bike came off the trailer and ran a 6.70 at 201mph to give him the number one qualifying positioned as he headed into eliminations that evening. In the first round, the bike didn’t adjust to the cold like they thought and ended up wheeling in first gear for a 7.14 at 201mph. But this was enough for him to take the win and head to the second round where the bike would become unbeatable for the entire event.

With the event featuring two Pro street Races over three days, there was no room for error. During the first race, the DME Racing All-Star Shootout, Frankie ran a 6.63 to reset the Man Cup record and take the win over DME teammate Jeremy Teasley for a $10K payday!

But the domination did not stop there, Stotz also took the number one qualifying position in the Man Cup event with 6.666 at 204mph to bring the crowd to their feet on Saturday night. 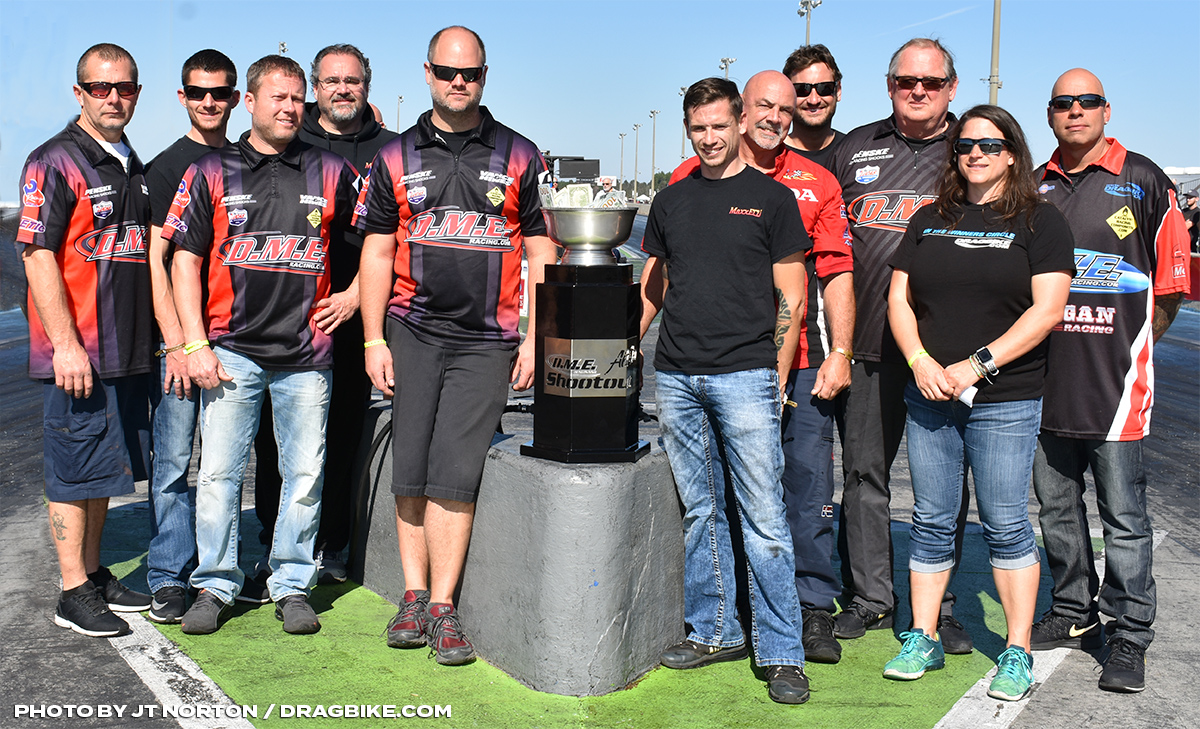 On Sunday the temperatures rose at the track to low 70’s and turned the Honda into an unstoppable machine that no one could beat, not even on a holeshot. With five rounds of competition, Stotz was untouchable running a 6.646, 6.607, 6.608, 6.601, and 6.603 to take over the Pro Street GOAT list record and become the quickest Pro Street bike in the world!

The consistency and performance this past weekend is a statement to the amount of work this team put in this year. They won two events in one weekend, they are world record holders, and Pro Street champions.

Everyone better buckle up for 2019 because the little Honda is coming for it all. 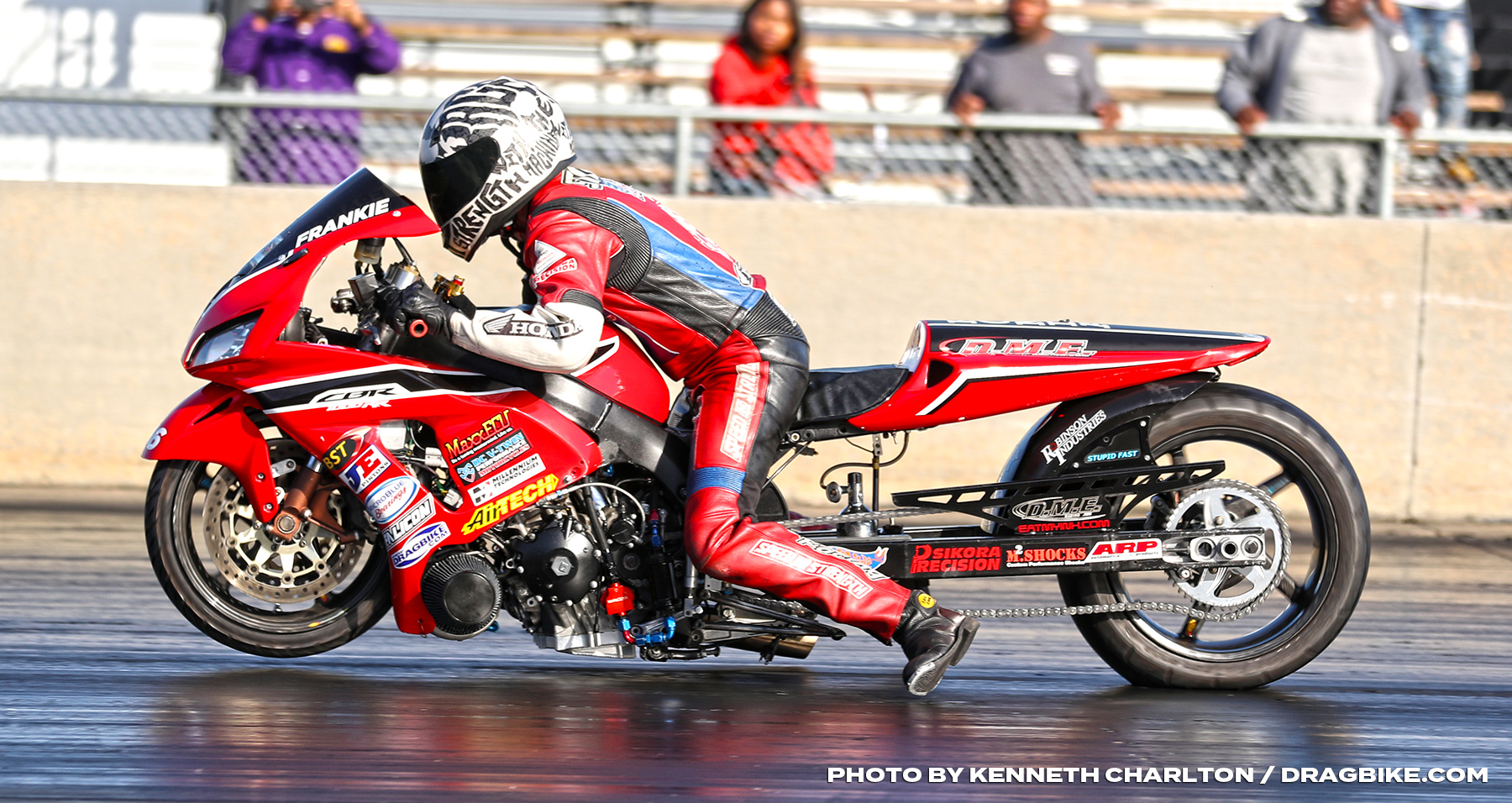 Kent and Frankie would like to thank their sponsors for the continued support of the team and the class, as well as Jason and Dave Dunigan, Chris Connelly, Dimey Eddinger, Andy Sawyer, Steve Nichols, Marcus McBain, Wade Rich, and Dragbike.com for the support. 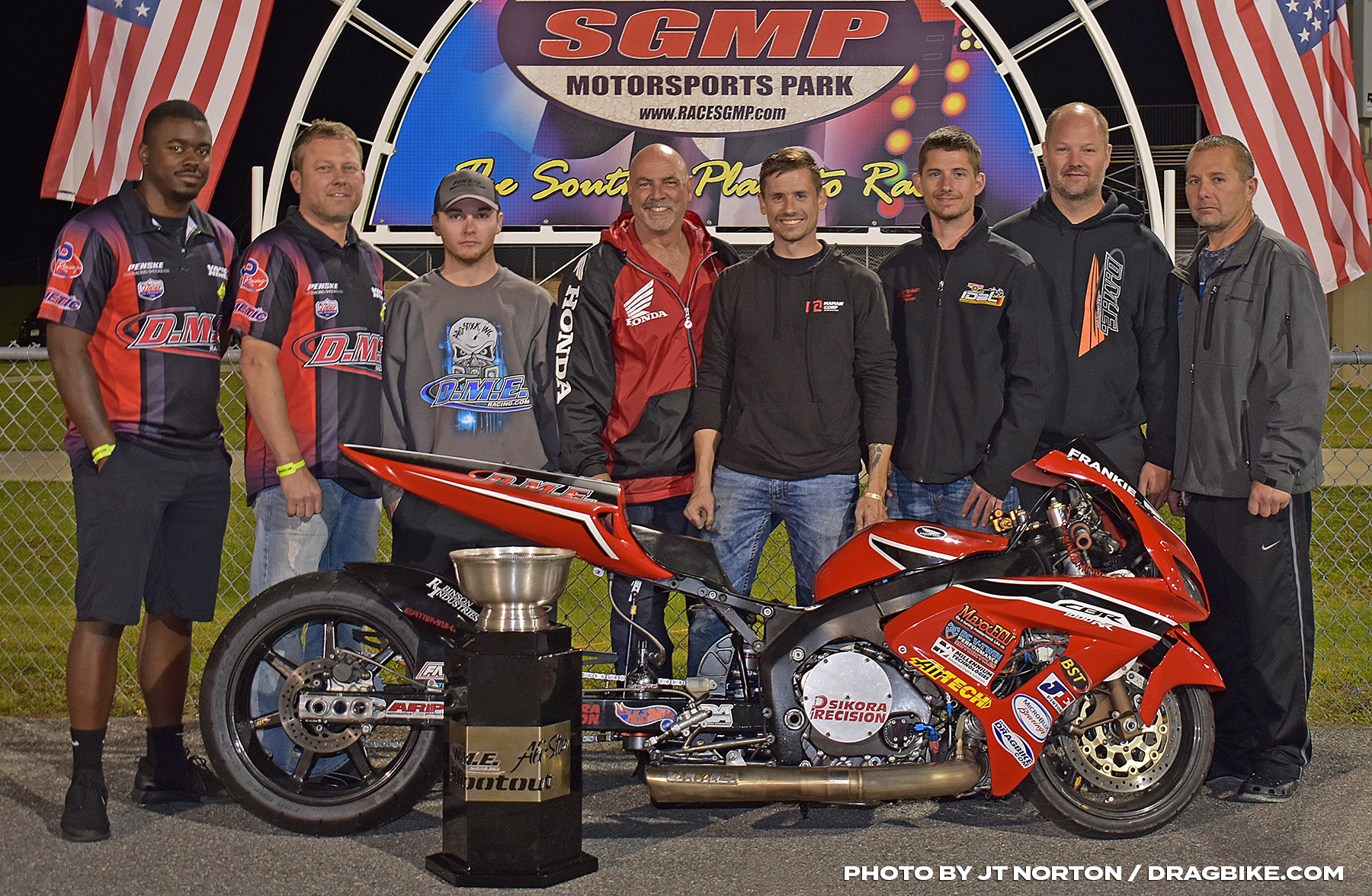