Honda Rider’s Club of America-sponsored
(HRCA) Stotz Racing showed the motorcycle drag-racing world that the team’s
CBR1000RR is a legitimate title contender for the Pro Street Championship at
the opening round of the AMA/Prostar Drag Racing Championship at South Georgia
Motorsports Park in Valdosta, Ga., March 3-4. 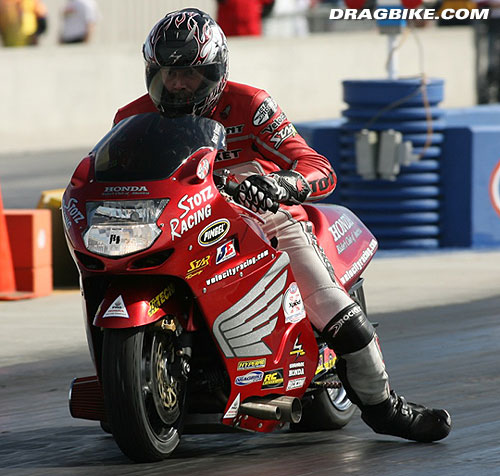 Piloted by Stotz Racing’s Glenn Stickels,
the turbocharged, 460-plus horsepower Honda finished third overall and, in the
process, became the quickest Pro Street liter bike in the field with a qualifying
ET of just 7.47 seconds. The bike is already the current 1000 ProStreet top-speed
holder with a terminal velocity of 194 miles per hour. 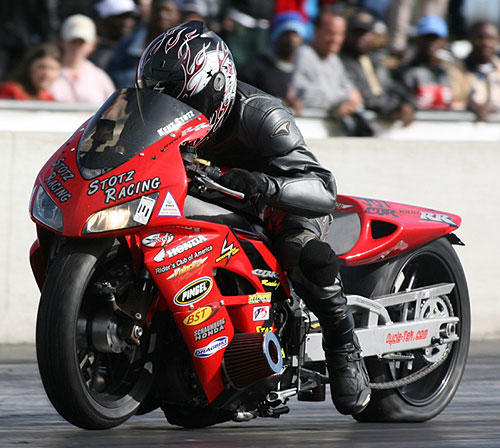 Stotz, who was injured in testing in January,
got a last minute clean bill of health and jumped on his two-time championship
winning CBR1100XX to qualify second and compete in the final. “Now that
I’m healthy, I’ll be running the CBR1000RR in the Pro Street class
for the rest of the season and, thanks to the HRCA, Glenn will ride a second
CBR1000RR to contest the Super Street class. This is a very good start for us
and our CBR1000RRs will have a good shot at winning for the rest of the year.” 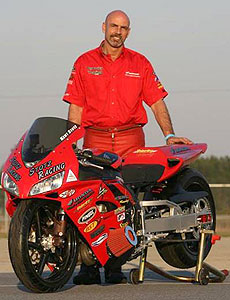 For
the latest information about Stotz Racing, including the latest news and sponsor
links, be sure to visit www.stotzracing.com.