After the first XDA race in Maryland, Stotz Racing was more than ready to head to XDA’s second race at Virginia Motorsports Park to continue their recent success by running the first ever Pro Street bike in the 6.50’s. As we all know in racing, things seldom go as planned. During the first three test passes the bike wouldn’t shift into fourth gear. With the advantage the Honda has with it’s cassette style trans coming out the side of the motor, they didn’t need to pull the motor to check the trans. They found that 2nd and 5th gear were a little torn up. So the team replaced the billet trans with a reworked Honda trans that had 1-4 auto and 5-6th needed kill time to shift. Not making a clean run all during qualifying, they were qualified 9th, and on top of that Frankie had to race his fellow teammate and best friend Jason Dunigan in the first round of eliminations. 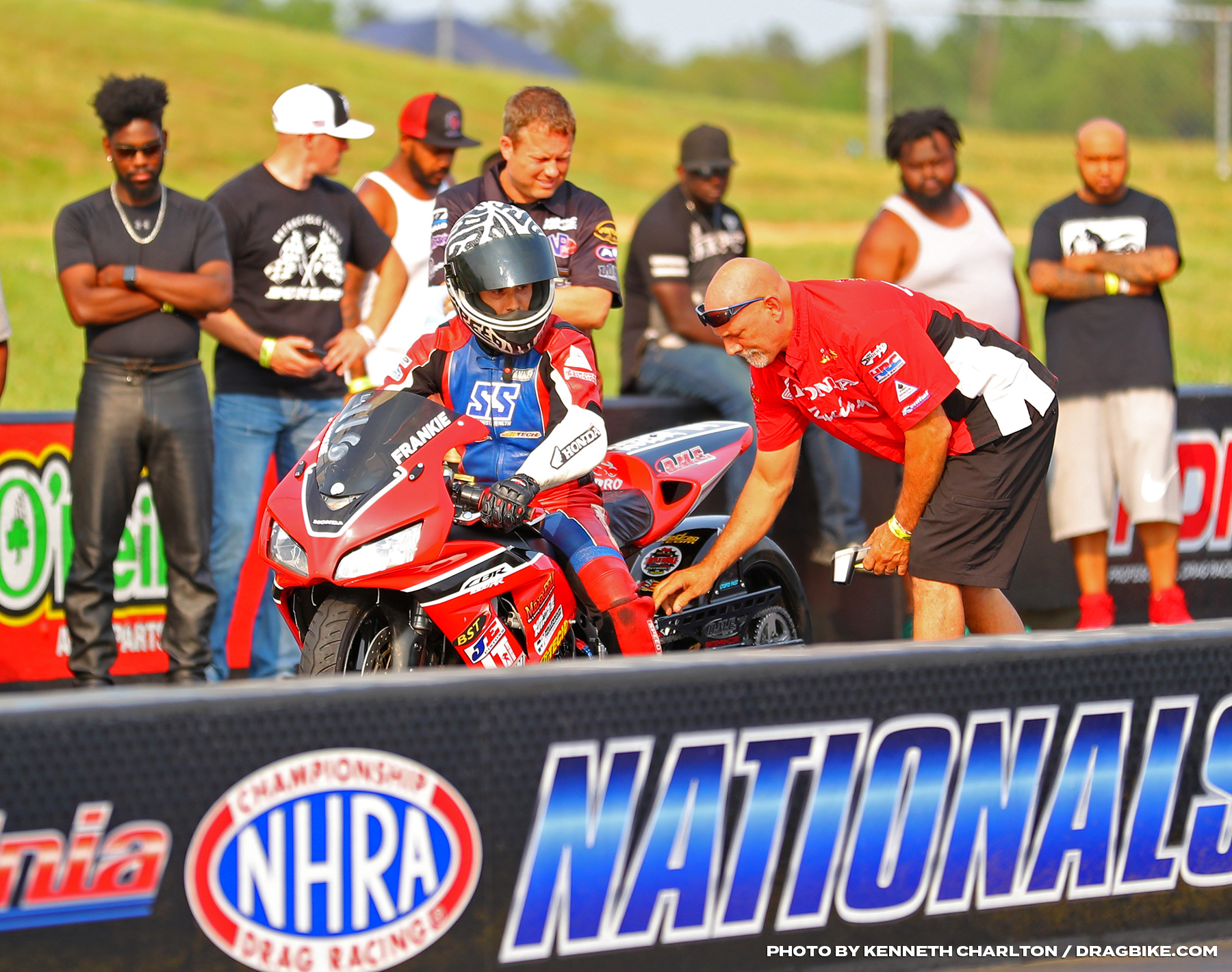 Frankie tree’d Jason and was out 3 to 4 bike lengths when the chain came off the bike allowing Jason to roar right past Frankie. Unfortunately, Jason’s bike kicked a rod through the cases and caught fire. With Frankie watching this from behind both bikes finally came to a stop. Jason’s bike was on fire and Frankie ran to help move Jason away from the fire and to make sure he was alright. So Stotz Racing uncharacteristically went out first round, but hey that’s racing and the next XDA race was only three weeks away. 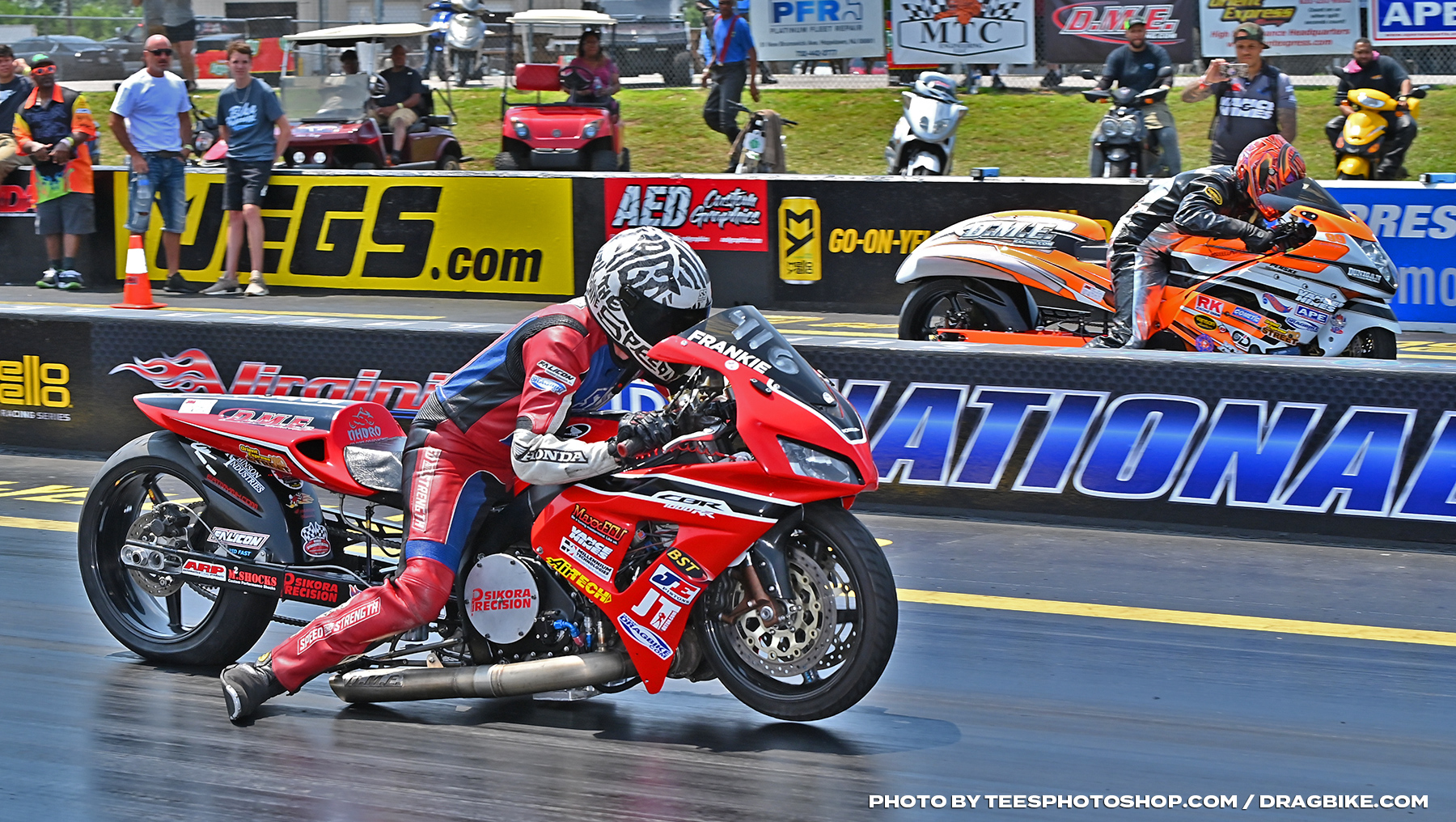 The following weekend the team got ready for some no prep racing at the Anarchy No Prep (formerly KOTS) race. The team went testing the night before the race and were absolutely flying. Race day came on Saturday. In no prep racing there is no testing or qualifying but racing right off the trailer and names are pulled out of a hat to see who races who and how the ladder is set up. Kent and Frankie were winning ugly at first with the track so loose the bike spun through most of the gears and Frankie had to do “some of that pilot shit” to stay ahead. By the 3rd and fourth round the track worked better, the trans shifted smoother, and they went on to claim their 5th no prep event win! The 8000+ crowd thought the action earlier with the bike and cars spinning on the loose track was very exciting but Kent said he was glad that the track came around. “It’s easier on the bike and Frankie’s mom Sharon rests a little easier when her son isn’t spinning all over the track”. This weekend the team will be back in action in Maryland for the third XDA race. Currently sitting 4th in points Frankie and Kent are determined to move up in points in their quest for their 6th championship.

A special Thank You to Glenn and Anne Salpaka and all the crew at Falicon Crankshafts for twenty-two years of support and R&D for the betterment of Drag Racing. We are very sorry to see you go and you will be greatly missed!