Heading into the finals of the XDA race season, the Stotz Racing made a stop at the Anarchy No Prep event and left with two wins! Winning is always the goal, but they also used that race to make sure the bike had no more spark issues like Frankie fought at the XDA Bike Bash at Virginia Motorsports Park.

Marcus from M2 Shocks sent us a brand new shock set up solely for the Anarchy event. No Prep is different than the conventional Pro Street National Championship series. No test passes, no qualifiers, street like conditions, just pick a competitor’s name from a hat and start racing. No Prep tracks need finesse more than brute power, so Kent had the B-motor in their little CBR1000RR. Off the trailer. Kent and Frankie knew they had found the right combo with the new shock and a new clutch tune-up as it seemed to really like the no-prep surface. 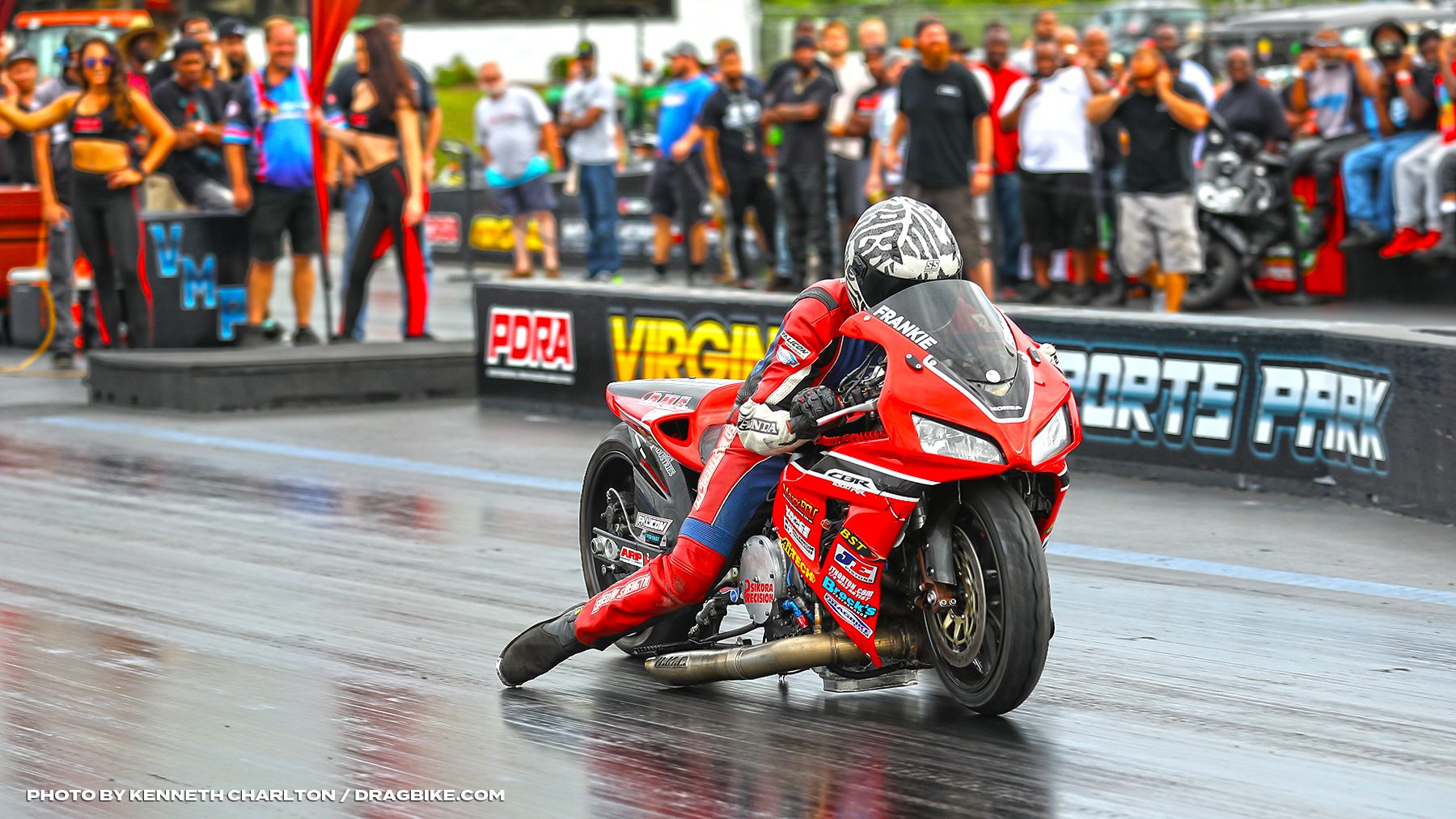 In the first round, Frankie came out on top and told Kent the chassis is extremely happy and they could add a lot more power. That first round is always tricky but as other cars and bikes race on it, the track gets more predictable. Confident they had a badass hot rod in their hands, Stotz Racing claimed their 6th No Prep title with the help from their sponsors. A big thank you to the multitude of friends and family that came to see us win at our home track. We especially thank Al, Zach, and Kaitlyn from ChromeTech for supplying all the great food and hospitality area for the Stotz Racing family and friends all year. Great food, family, and friends made winning even sweeter!

The following weekend at the XDA DME Racing Nationals, Kent put the A-motor and finely tuned M2 Pro Street Shock back in. Off the trailer on the highly prepped Maryland International Raceway, Frankie ran a stellar 4.25@175 to the 1/8th mile in testing. The same numbers as our 6.46 record pass in the spring!

On the first qualifier they decided to find the edge of wheeling, and with that came a price as the bike hurt the transmission and tore up the motor. Their only running back up motor was the same B- motor they ran the weekend before at the no prep race. Less compression, less cam equaled less than National caliber horsepower. Even with the B-motor they qualified 5th with a 6.58 @208. With that being said the only thing they could do was try and go-rounds and hope for a miracle. 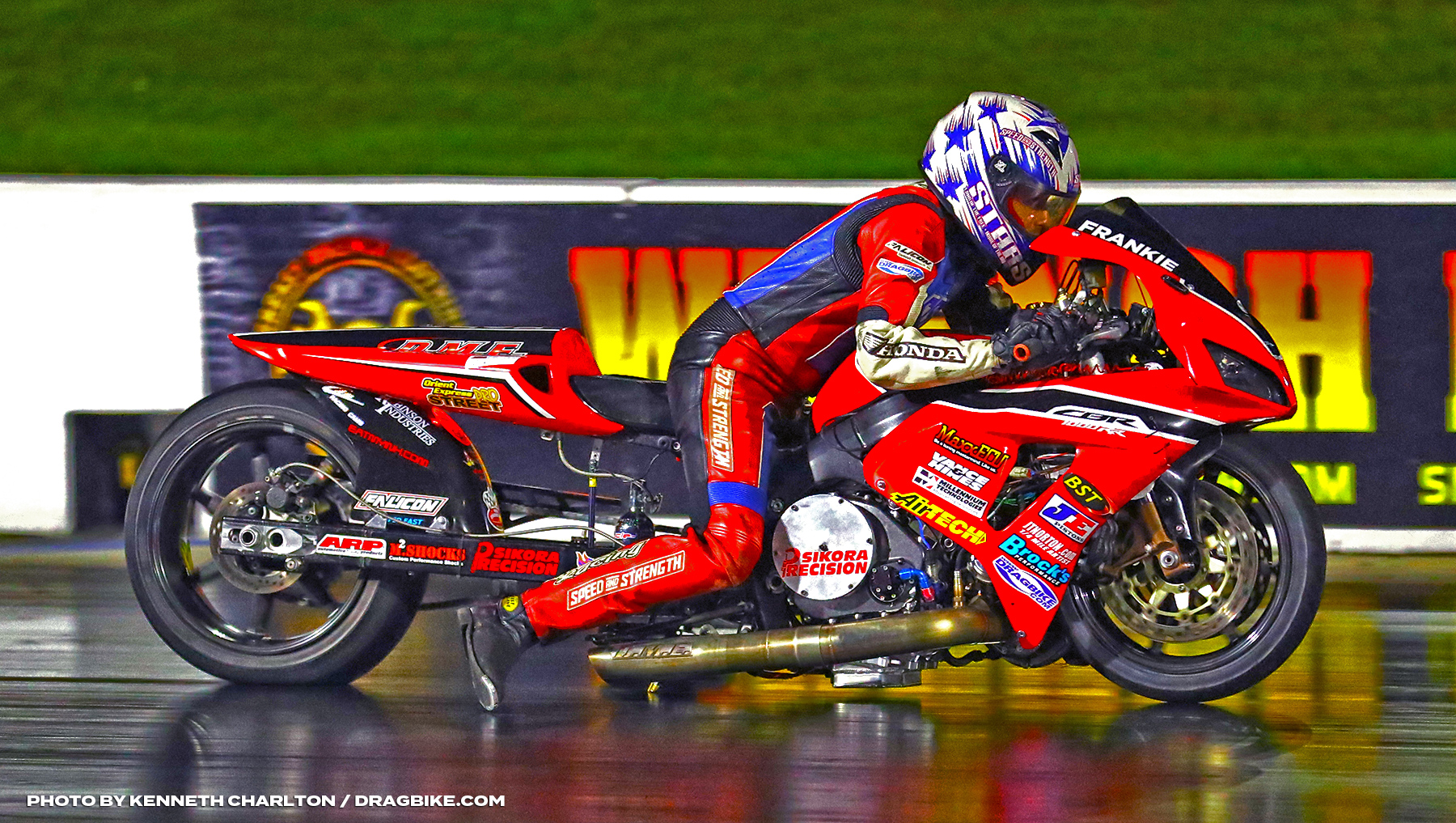 They ended up going three rounds into eliminations before taking a loss.  In the final, DME Racing’s Jeremy Teasley and Richard Gadson on Brad Mummert’s Nitrous GS went to the final round and put on the quickest side by side pass on the board 6.40 to a 6.40! A very exciting finish to the XDA season with Gadson winning the race, and with Teasley winning the Championship, it ended our hopes of repeating as National Champions. Finishing 3rd in points amongst the best in the world is ok in our book but, we won’t be satisfied until we are back to #1. 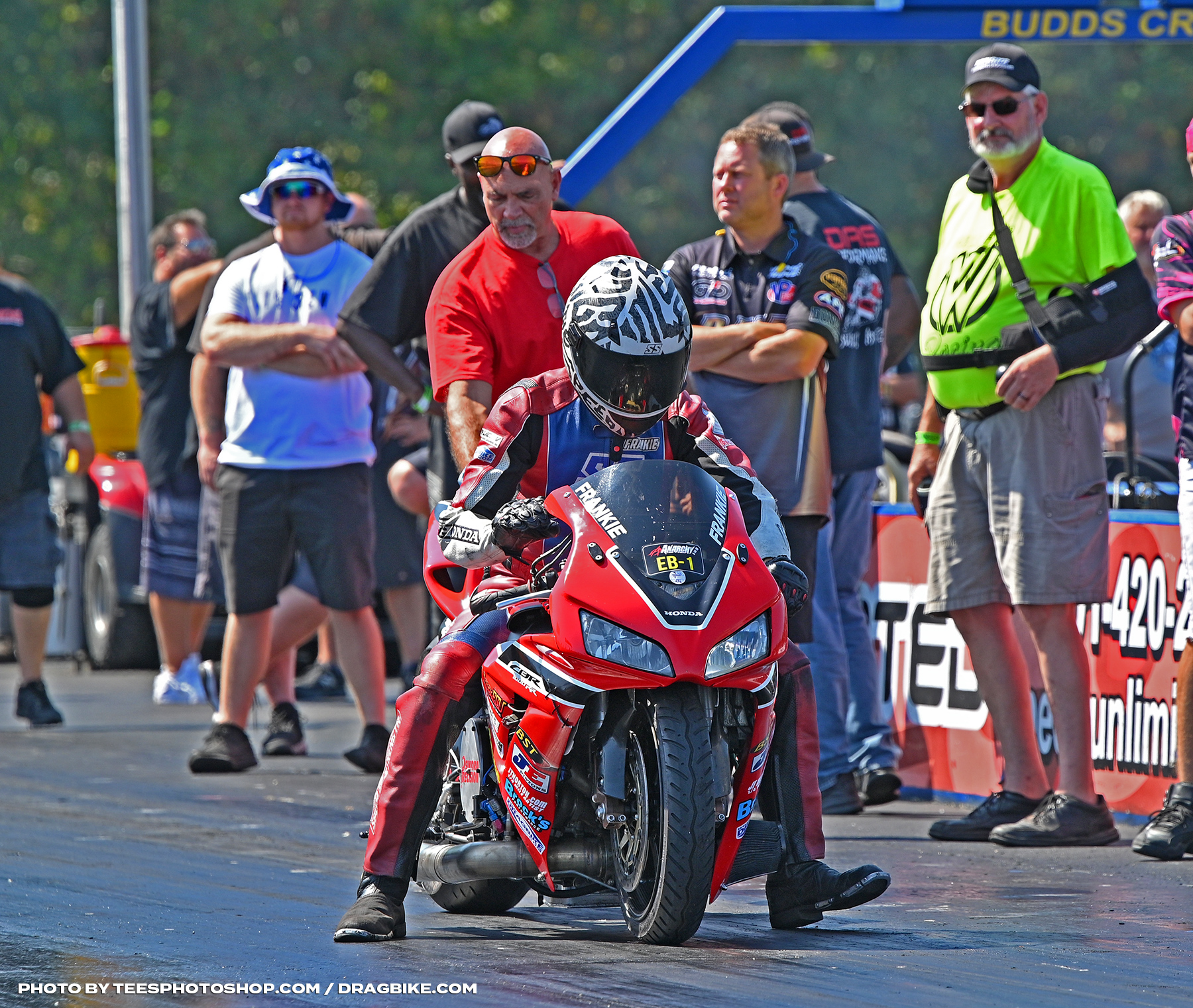 The team has a month-long break until the Haltech World Cup Finals presented by Wiseco Import vs. Domestic event on October 30 – November 3. This race is an invitation-only event to the quickest and fastest racers in the country with the XDA series. You have to be in the top ten in points in XDA to qualify. Last year was the first time this amazing event invited the motorcycles, and with 40,000 in attendance and 2.2 million people viewing around the world, they were a huge hit. The fans and car racers can get an up-close look at our no wheelie bar street bikes that go deep-sixes at over 232 mph at this event. Seventeen nations around the World will be competing to see who is the Best in the World. The Honda cars make up about 70% of the import cars. This will be great for Frankie and Kent to hang with a majority crowd and still be the underdog of the Pro Street motorcycles. MAV TV will also be at this biggest event of the year filming and getting some early info from the Pro Street motorcycle guys for MAV TV’s November 21-24 filming of the Man Cup World Finals at South Georgia Motorsports Park in Valdosta, GA. Stotz Racing is hoping to have back to back championships, and the Man Cup event will be the place they need to pull i toff.  These last two races will be the biggest shows that Frankie has ever been involved in. Stay tuned and we hope to see you there!