Welll, the shiny new graphics on their Team HeadBlade /
Capone Racing with Frank Capone race rig did look awesome in the pits even when the puddles were up to the axles. Mark Godin, crew chief and Capone pulled out last season’s new and improved Pro Mod bikes only to be cursed by an electrical issue that held ’em off their normal pace.

On Sunday, the problem has been resolved, a 2 stage clutch switch was the pesky culprit. However, the super track prep after the rain on Saturday, Capone rolled right thru the light switching it to bright red and ending his day.

Team HeadBlade will be making a personal appearance at Boston Harley-Davidson, Saturday, May 7th and will be at the NHRA Bristol, TN Harley Davidson Drag Racing Series June 20-21. 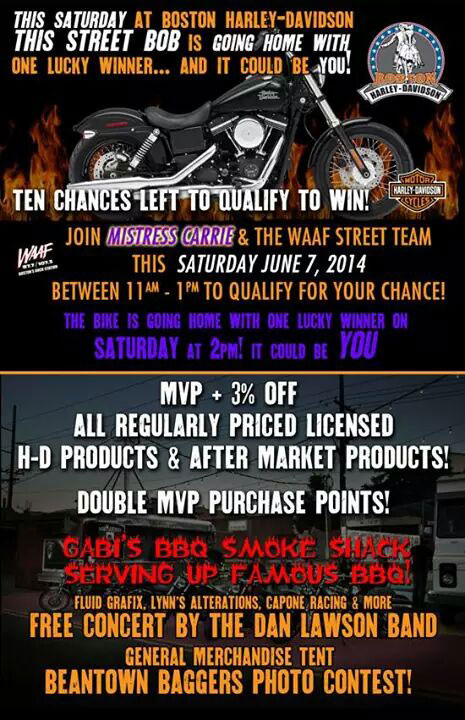 I would also like to thank some very special people for their support through the years:

I want to thank my wonderful family for their support, my beautiful wife, Kim Reno, for her constant understanding, and my crew chief Ricky Stewart. A very special thanks to my mother Jane Reno, for being influential in my life and allowing me to follow my dreams in racing and motorcycles. 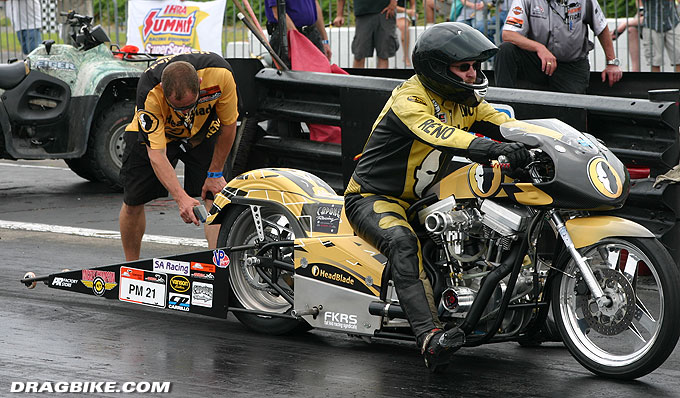