In the second to last race before the Countdown to the Championship, Team Liberty Racing’s Cory Reed and Angelle Sampey battled it out in hopes of earning valuable points to get them closer to the top ten. 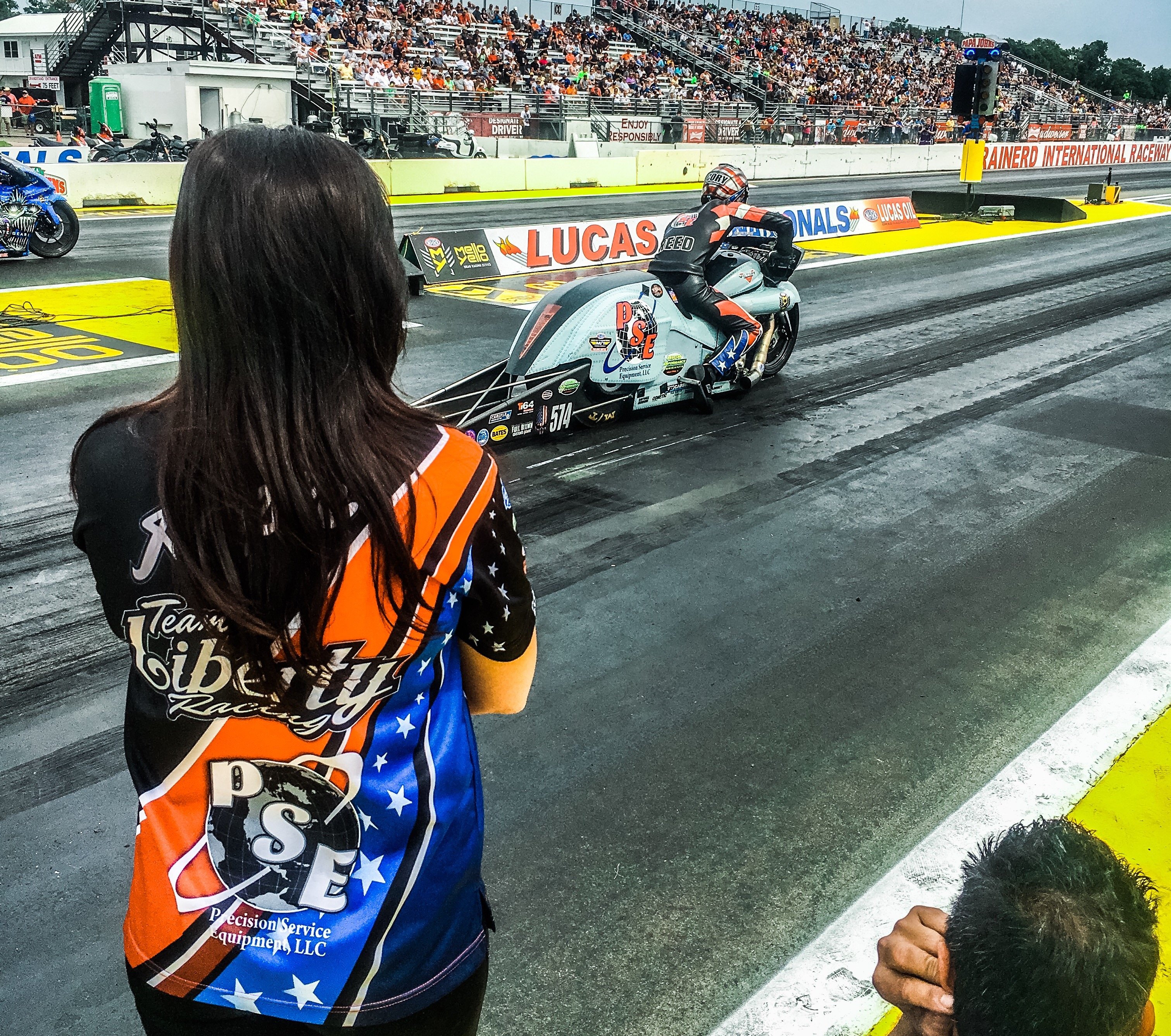 Sampey qualified No. 9 and had a first-round matchup against No. 8 Andrew Hines. Sampey launched and then her PSE/Team Liberty Racing Victory Magnum started to automatically drift towards the wall. To save her equipment, Sampey rolled off the throttle and coasted to an 8.326-second pass at 107.91 mph. Hines’ 6.929, 195.50 advanced to the second round.

“I felt confident this morning because I felt like our luck has been so bad this weekend and it was going to turn around for us today,” Sampey admitted. “It might’ve not turned around today in the big way we wanted but we’re getting closer to it. I’m just so excited Cory won first round. It was a small moral boost for our PSE/Team Liberty Racing team after a tough weekend.”

“I felt like I won the whole race when I won that first round,” Reed laughed. “This weekend was so rough and if you just watched what happened to us all weekend, it’s amazing that we got both bikes up there for the first round; it was a relief to get it done. It’s crazy the amount of work our team has put in this weekend.”