Pro Street history was made with the first side-by-side six-second pass at the 2013  MIROCK Fall Nationals. The first annual Battle Royale brought in over 40 competitors to try their hand at the $10,000.00 purse. And it all came down to two rookie racers, Terence Angela and Tony Ficher. With so much cash on the line, both riders had their game faces on as they moved through the bracket with deadly consistent 6.90’s and 7.0 passes. With close reaction times, Angela and Ficher were side-by-side all the way down the track giving spectators a very suspenseful final. The rookie rider from Aruba took the stripe by 3 hundredths of a second to take the win with a 6.955 to Ficher’s 6.980. Congratulations to Terence Angela and the entire DME Racing crew. 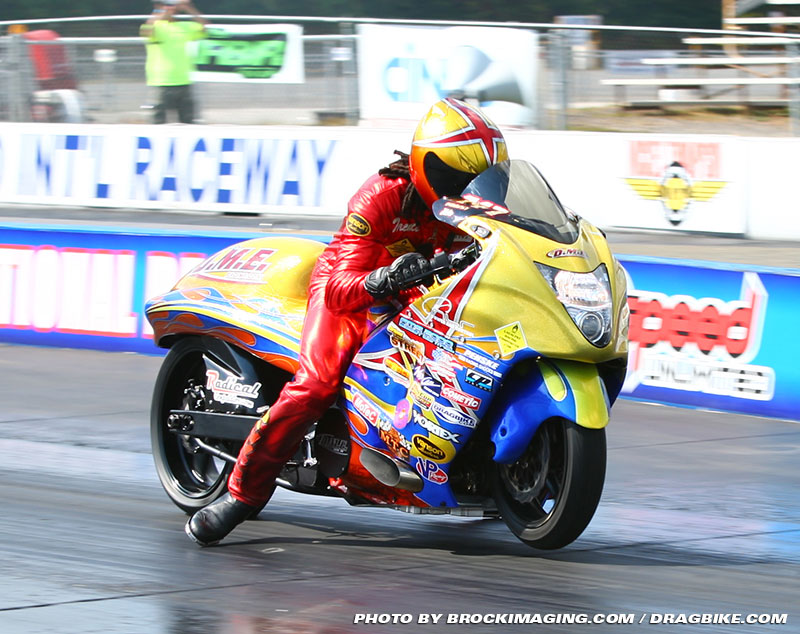 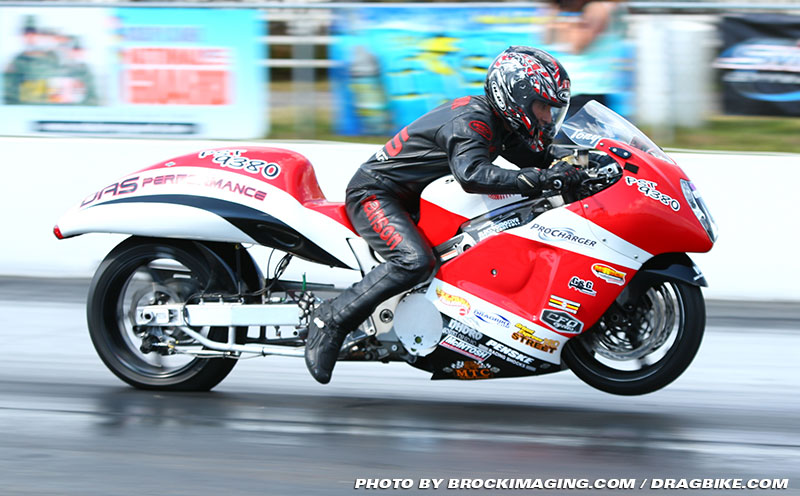 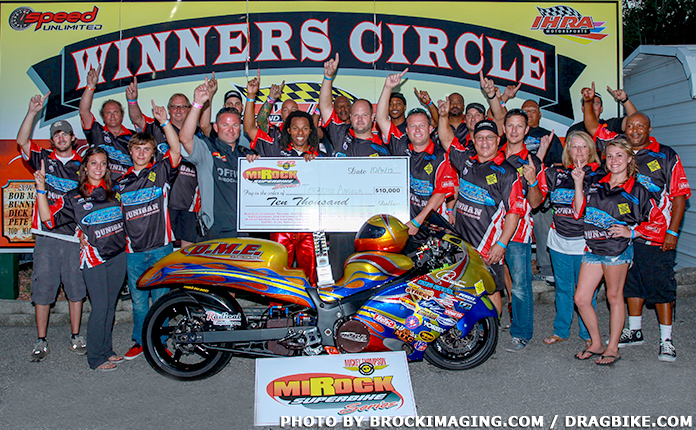 And after all the rounds were won and pictures were taken, MIROCK Tech Director, Phil Davis, came in and tore down Angela’s bike to the bare bones to make sure he was within the class rules. The team passed with flying colors. 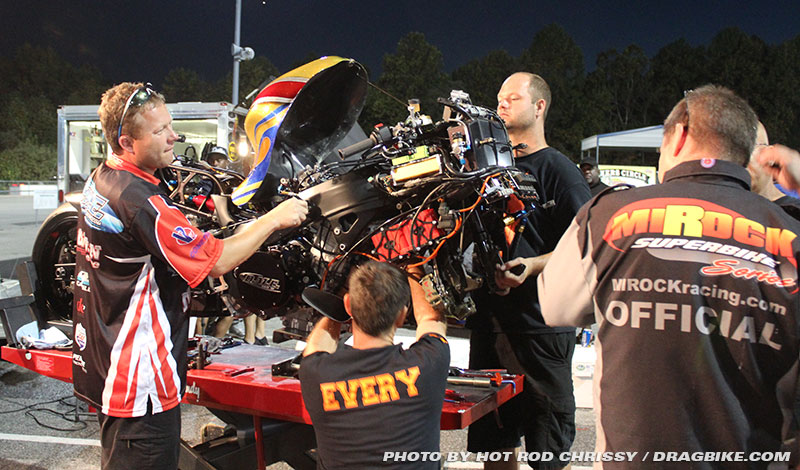