HomeSanctionsCMDRAThe Creation of the Energycoil Tuner of the Year Award

The Creation of the Energycoil Tuner of the Year Award

The Creation of the Energycoil Tuner of the Year Award

The Dragbike.com “Tuner of the Year” award was inspired by the award’s sponsor, Val Dick of Energycoil. Val’s love of the engineering of race bikes and his reverence for those who make them function at their highest potential was the driving force behind the award.

“It was time to start giving the tuners and crew chiefs some recognition,” he said. “The rider gets all the glory but a tuner’s greatest reward is the performance of his machine. It is time recognize their accomplishments.”

Val grew up racing motocross in the mid-seventies to early-eighties, but quickly realized he was more interested in the mechanical aspects of racing machines as opposed to riding them. 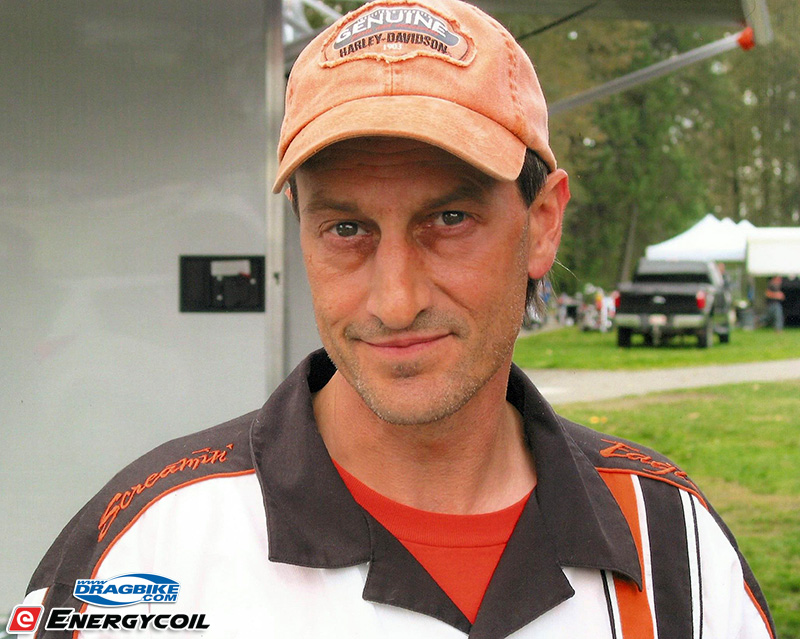 His first success as a race mechanic was for Canadian motocross legend Ross “Rollerball” Pederson. Val was the mechanic for his first outdoor championship and was an integral part of the team for 8 of his Pro Motocross championships.

Val owned both Yamaha and Harley-Davidson dealerships from 1986 to 1996. Rather than spend time on the showroom floor or the offices, Val was most often found in the shop, running the dyno. And he saw his passion turn into hard cash.

“I starting selling performance gains like you were selling beef – we would sell horsepower by the dollar,” he quipped. “I tripled my speed parts sales.”

After selling his dealerships, Val went to work for Dynojet to help them penetrate the Harley market and to show dealerships how they could turn their Dynojet dyno into a profit center – a paradigm shift for many of them. 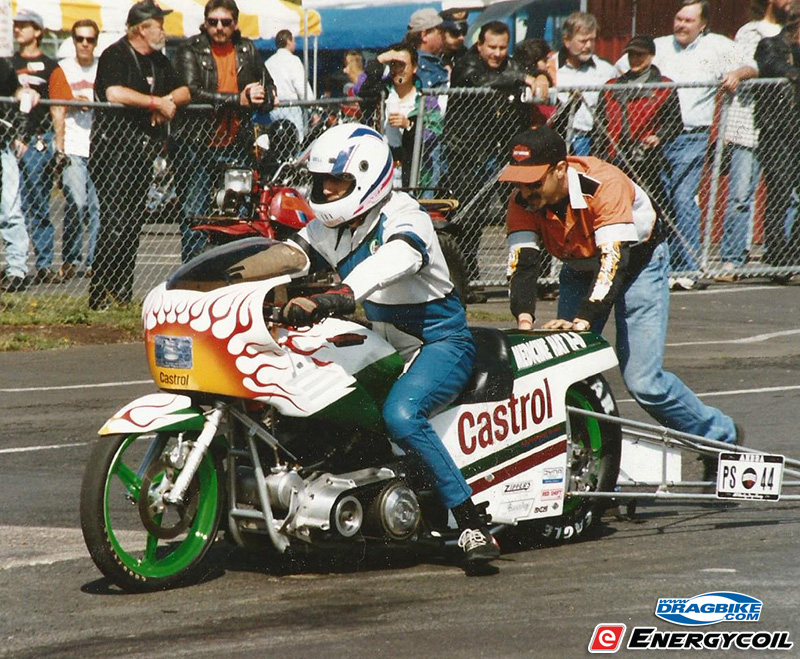 Though his work with Dynojet and his own projects Val claims to have over 100,000 dyno runs under his belt.

Val had great success in the V-Rod Destroyer class in CMDRA competition, tuning Nick Allen to seven straight championships and Chris Fox to his 2014 championship. Val himself won the CMDRA Dennis Mark Memorial Award for Outstanding Achievement in 2009.

Val’s passion for tuning and mechanical components led him to start Energycoil.

One of the keys to tuning, he says, is to take out as many variables as possible.

“You have to have beefy, durable, bullet-proof components,” said Val. “That’s when you can tune. You can’t tune if you are chasing componentry.”

Val felt that one of the most overlooked and most highly critical components was the coil-on-plug design so he came up with his own design. 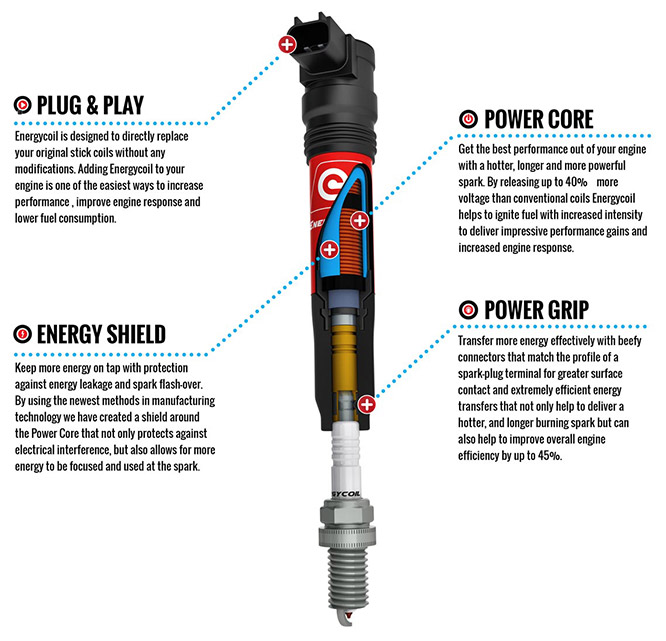 “Problems can be hard to diagnose,” he said. “The bike might be breaking up on the top end so they think it’s an electrical problem. They check the electrical system and it checks out fine so they start looking for mechanical issues. They are chasing gremlins.”

“A lot of times the problem is that the spark plug is not getting enough juice because the coil is not up to the task,“ he continued. “Especially with the increased cylinder pressures we see today with forced induction applications.”

His Energycoils are designed from the ground up with a focus on energy output to provide a more consistent spark throughout the RPM range.

“We thought out every aspect of the product,” said Val, “down to the metallurgy of the wire. We used the best quality we could find in every component. What we came up with is a product that produces a longer spark duration and a hotter, crisper, cleaner spark.” 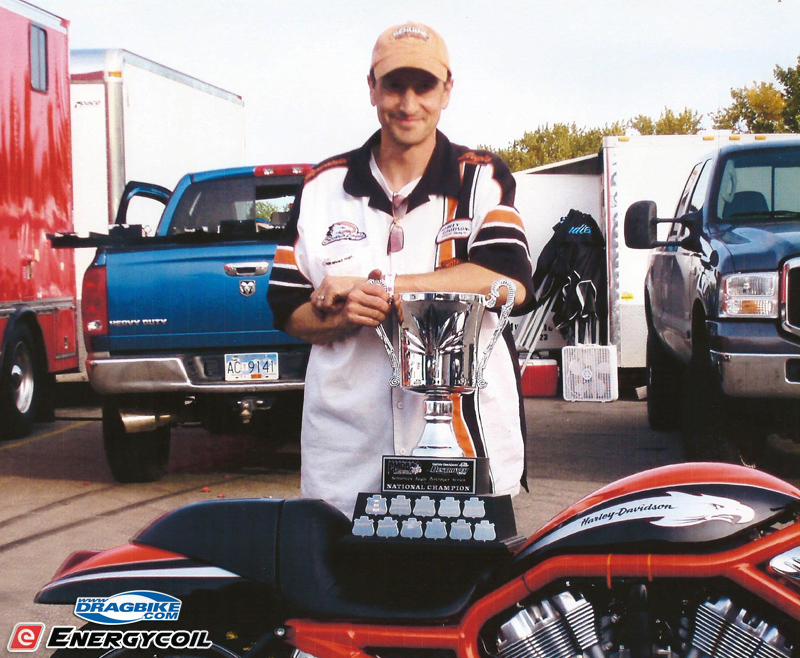 The goal for Val was to take an often-overlooked component and remove the variability from it. With Engerycoils, tuners have one less thing to worry about.

“I love what I do,” he said. “I love motorsports and I want to bring that passion into the vibe and the feel of my company. I’m old school, I’m accessible. I want to encourage people to communicate with us. We want to educate the customer about the technology. That will help them reach their goals and ultimately they will be better tuners and racers.”

Which circles back to the Tuner of the Year Award.

“The tuner is the guy that doesn’t ever get the hoopla,” said Val. “I know how it feels. The rider is getting all the pats on the back and you are back in the pits loading the bike in the trailer. On Saturday night guys would be going around the pits talking with folks while I was in the trailer working.”

“Great tuners have rapid problem-solving skills that are a key aspect to a successful race team,” he continued. “People don’t recognize this. It’s time start giving these people the recognition they deserve.”