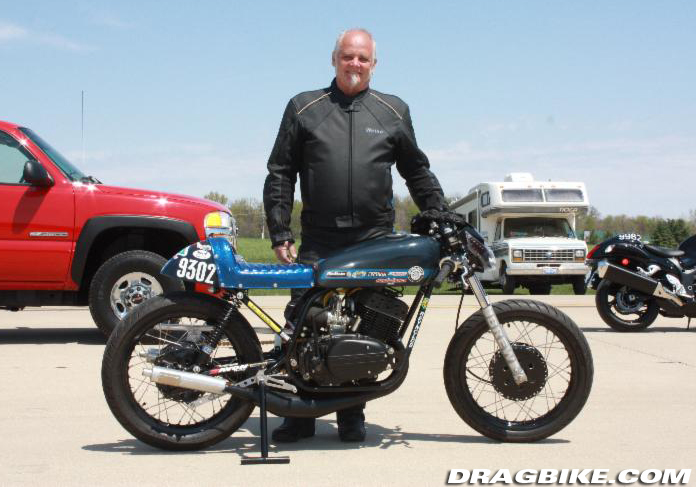 Recently Fowlers Distribution of Waterbury, Ct. announce their support for Steve “Brewdude” Garn of Brew Bikes in Boone, N.C. In order to keep you up to “speed” on the progress of Steve’s efforts as he goes after speed records and enters bike shows through out the year, we have launched the Fowlers Report. We will send this out monthly as Steve reports back to us on the results of his efforts. As the monthly newsletter evolves, we will include many other items of interest in the motorcycle industry.

Below is the first report directly from “Brewdude” himself on this past weekends Ohio Mile in Wilmington, Ohio

The week ahead for the May event at the ECTA Ohio Mile started out on the dyno with the 1974 Yamaha RD350. Doing some high speed runs, checking temps, and the Lectron carb settings. The Lectron carbs made it easy to get the jetting spot on and had an increase of 13% Hp that day. The expansion chambers really flatten the power on top end but not sure how much the effect would be until the Ohio mile. 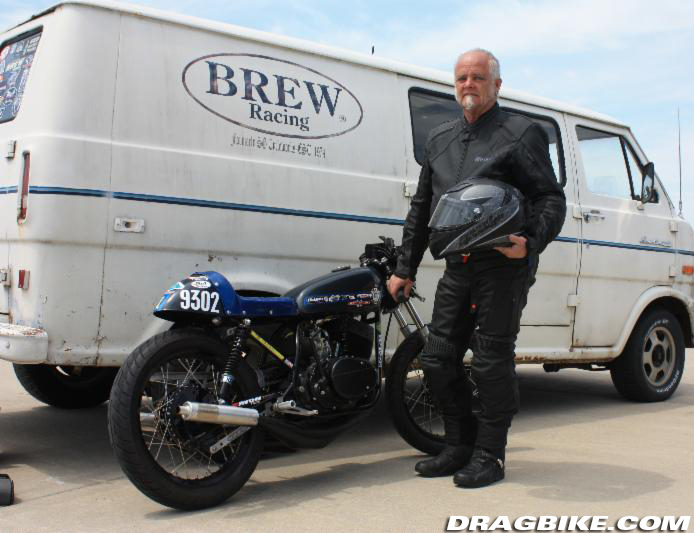 Started out early Friday morning for the East Coast Timing Association event in Wilmington, Ohio. We knew ahead of time there would be some winds but it was more than anticipated. The bike went through inspection and then we headed off for some rest at the hotel.

Saturday we arrived at the track at 6am and unloaded the bike and got it in line. We were the 15th vehicle in line. It was a nervous type of day. New bike with new design of a featherbed frame built with Reynolds 853 tubing. An engine that was just built and 25 mph headwinds swirling as some crosswinds in areas of the mile. The bike only weighs 243lbs wet weight and this is the first time to have the bike up to full speed. The new Weiss leathers supplied by Fowlers Distributing fit perfectly to give the protection necessary as dictated by the ECTA.

In addition the Speed & Strength helmet from Tucker Rocky was a perfect compliment to the riding gear needed to compete.

The first run was full of unexpected situations. About the ½ mile mark a gust hit so hard the bike felt like something broke and I sat up and looked at everything and put my head back down and proceeded. About 100 yard from the lights another gust hit hard and slowed the bike. The run was not at all what I expected. Speed was down but the bike actually felt stable with the winds. The winds made it unsafe to run the event so they shut it down for the day. 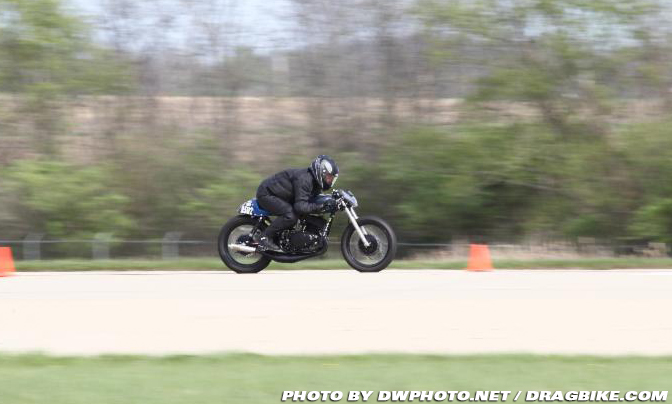 Sunday we were 8th in the line. Many spectators showed up and everyone was anxious to get the event started! Winds were 20 mph with some gusts and was mainly a headwind. The bike felt very stable in these conditions but the gearing was a bit too high and could not get into 6th gear due to the flat top end from the expansion chambers.

At the end of the day the bike is the current record holder with a speed of 110.9mph. There is so much more potential in this machine and we hope to unleash that power in future events. The bike was stable, shifted excellent and made some good runs. But watch out! We located some expansion chambers that will give at least 10 more HP! Now to get to work in the shop to pay for them. 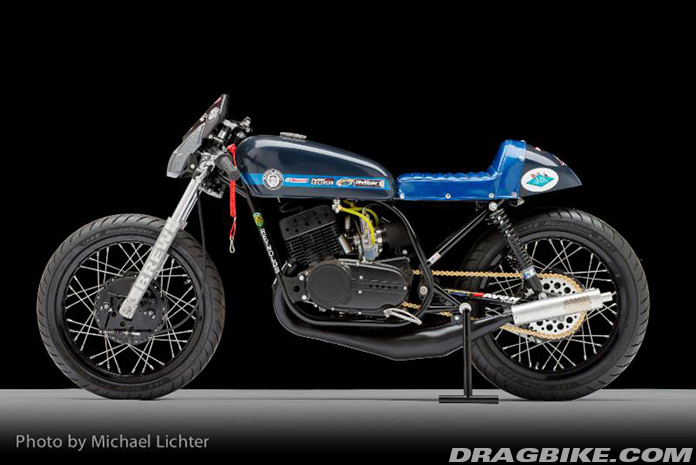 BREW Bikes LLC is a machine & fabrication shop located in the mountains of northwest North Carolina. The name BREW is the acronym for Blue Ridge Electric & Welding. In 2008 Steve “brewdude” Garn won the Easyriders Old school Builder of the year! Then, in 2010, Brewdude built Pee-wee Herman a new bicycle.

Brewdude also does freelance writing and has a monthly tech article in The Horse Backstreet Choppers Magazine as well as a bi-monthly Safety article in American Iron Magazine.