The new TLN Motorsports Kawasaki ZX-6R:  After a long off season and a huge amount of work the ZX-6R is finally race ready. 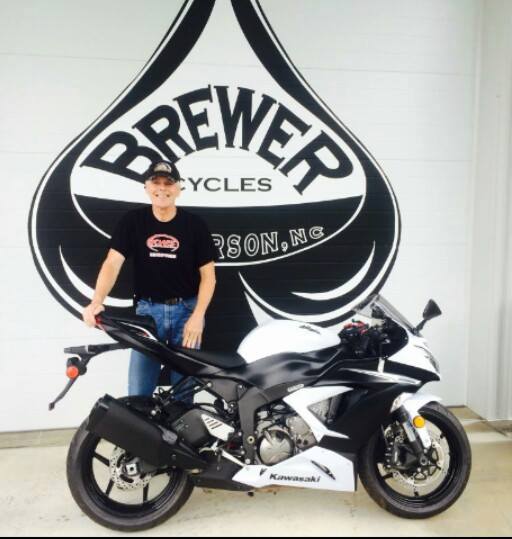 Introducing the new Kawasaki ZX-6R, ready to step in and push the Land Speed Racing 650cc class to a new level.  The bike has been rebuilt from the ground up and designed for speed.  The final dyno numbers are incredible at 151 RWHP and a maximum torque of 56.4.  Those numbers exceeded even what we thought the final numbers would be, and believe it or not, there is more to be found. 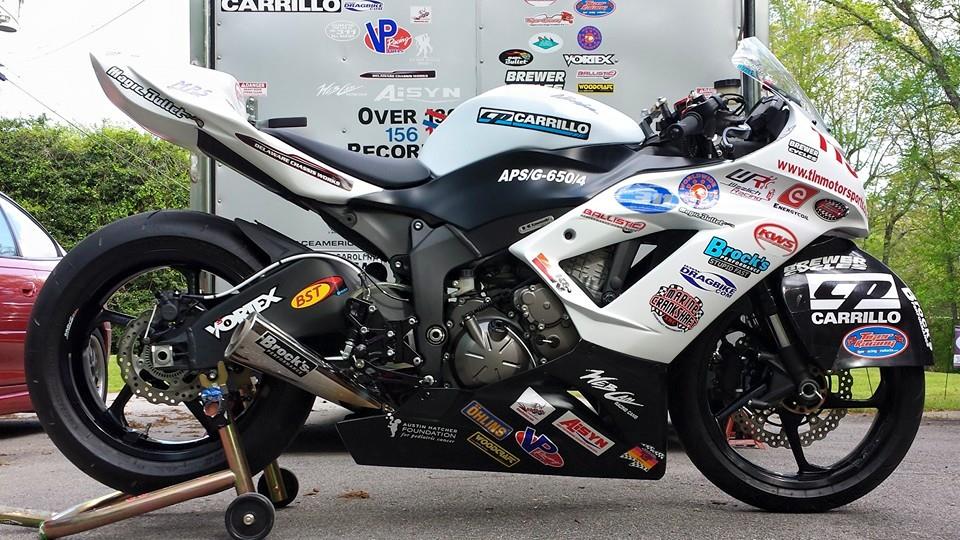 So many of the pieces for the ZX-6R are the first to be made for this motorcycle.  We were able to get help from some of the best in the business who helped us design and manufacture everything we needed to get the bike race ready.  The potential of the ZX-6R is enormous and we at TLN Motorsports believe we will move the World’s Fastest Speeds we currently hold even higher.

We have so many people to thank for their support.  Brock Davidson and Brock’s Performance were fantastic with all of their support.  The Brock’s Performance exhaust is an amazing piece and we would not make the HP this bike does without it.  The also helped us with an Ohlins steering damper, air shifter parts and Alisyn www.alisyn.com less than zero weight oil.  We could not have gotten this build done without them. 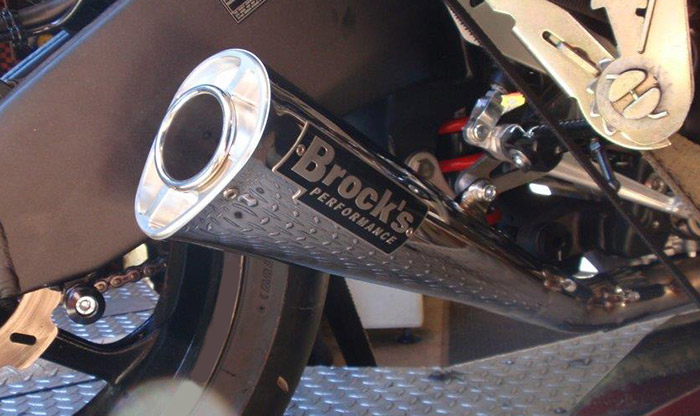 The majority of the build took place at KWS Motorsports Michael and Kevin put many hours of time into making this bike as strong and reliable as possible.  They are the ones that take the ideas and make it into reality.  We at TLN Motorsports have been associated with KWS Motorsports since 2010 and they have never disappointed us.  When we need HP, we simply call KWS Motorsports. 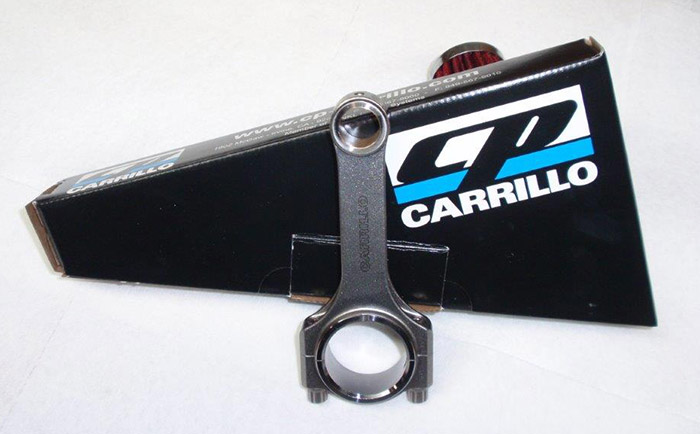 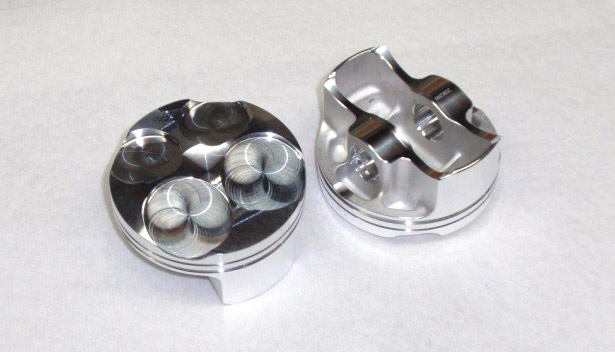 CP-Carrillo did a beautiful job on the custom pistons and rods.  The rods are an amazing 62 grams a rod lighter than stock.  The pistons are custom made for this bike with a set up similar to what we use in our ZX-10R.  The craftsmanship of the pistons and rods are second to none.  It is obvious why we turn to CP-Carrillo every time we build a race engine.

Web Camshafts have been supporters of us at TLN Motorsports since 2009.  Working with the wonderful people at Web Camshafts is pleasant and easy.  They are always looking out for you and your needs and the cams are the highest quality available.  Web Camshafts are in all of our race bikes.

Marine Crankshafts stroked the crank for us.  That crank is a work of art and our 636 is now a 649cc.  We are so happy to be associated with Marine Crankshafts.  Land Speed Racing is about perfection, and that is what you see when you look at this crankshaft. 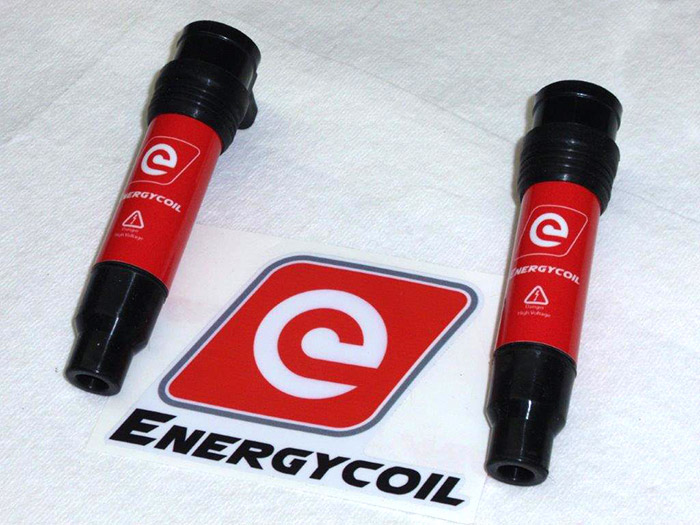 Val Dick and Energycoil came onboard this season and provided us with these fantastic coils for the ZX-6R.  Longer duration spark and shorter charging time allow us to work on the timing of the bike and produce the HP numbers we see.  They are awesome people to work with and they are truly interested in helping you be the best you can be.

Millennium Technologies cut the head for the build.  We use Millennium for all of our head and cylinder work. 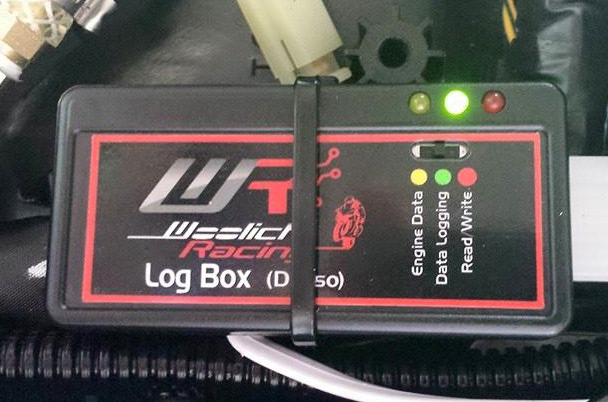 Woolich Racing provided us with the Log Box system for writing to the ECU.  We are primarily using the system for AFR mapping control, but we are also monitoring the engine performance throughout the entire run with the Log Box System.  It is a simple system to use and it provides us with a way to quickly make changes to the ECU and get back in line for the next run. 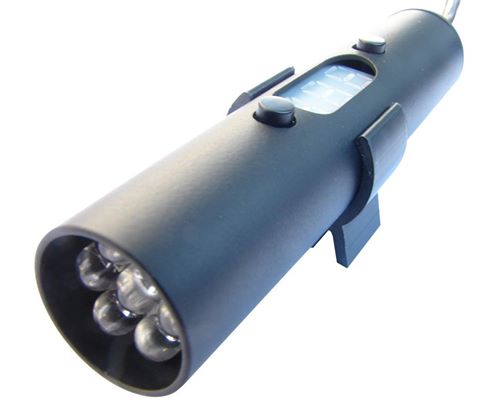 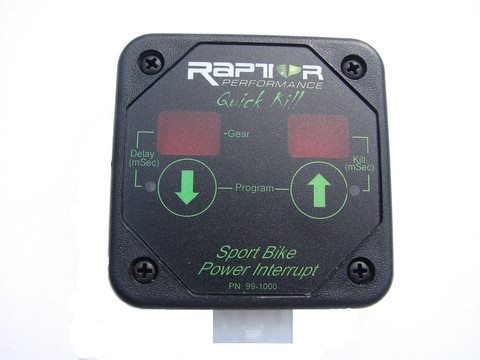 Raptor Performance has provided us with a shift light and kill box.  The system will allow us to control the kill time for each individual shift, set launch RPM’s and even auto shift.  We are looking forward to the gains that we can make using the Raptor system.

Vortex Racing have been a part of TLN Motorsports from day 1.  They have supplied the sprockets for all of our record setting runs.  They provided us with clip-ons, rear sets, chain and sprockets for the ZX-6R.  If we need something in a hurry Vortex is a phone call away.

VP Racing Fuels will again be fueling the new bike.  MR12 will be the fuel of choice.  We have used VP fuels since 2009 and wouldn’t consider anything else.  VP Racing Fuels simply produce results.

Guy Caputo and Tiger Racing Products has been a good friend and supporter of TLN Motorsports for many years.  They provided us with the Tiger Racing front fender and an LSR chain guard for the new bike build.

Brewer Cycles helped us with obtaining a new ZX-6R for the build.  They are our local dealer just down the road in Henderson, NC.  They have helped us out of many tight spots over the years and we know if we need something that if we pick up the phone and call Chris Brewer we will get some help.  People come from all over the country to purchase vehicles from Brewer Cycles because of their customer service. 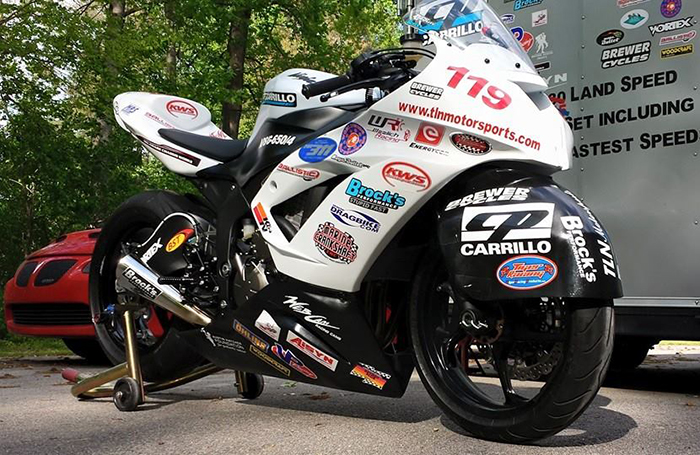 Dragbike.com has been a driving force behind our racing efforts over the past few years.  Through Dragbike.com our chase of speed and success has been made public to so many that would have never known about TLN Motorsports.  We have gained sponsors and supporters because of the coverage from dragbike.com.  There have been times when we were just exhausted and sitting still when Brandi’s enthusiasm jot us back on track.  We simply wouldn’t be where we are without them. 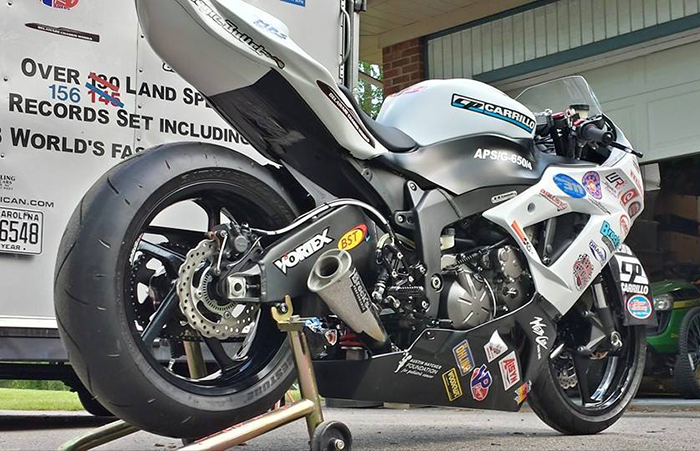 Ron Stone and Magic Bullet became a supporter last season.  Magic Bullet is the fuel additive that works.  Better gas mileage and increased HP.  It is an awesome feeling to have someone that you know is doing the most for you that he can.  Try Magic Bullet Fuel Treatment.  You will be surprised.

David Whealon has been our photographer of choice for years.  He has been the official ECTA photographer and he has provided us with photographic documentation of our success.  David is as fine of motorsports photographer as there is and we continue to be amazed at the quality photos he produces of our runs. 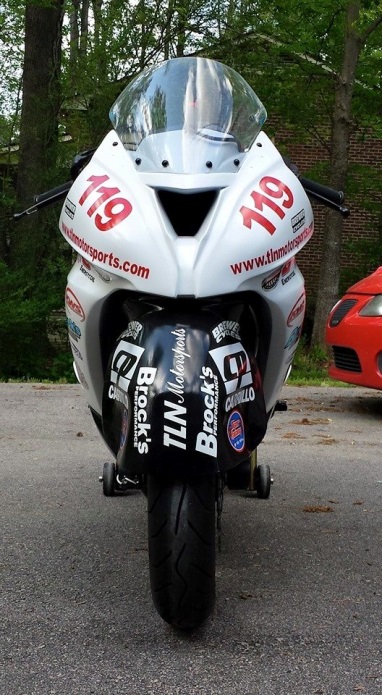 Tucker Rocky has provided us with a GoPro Black camera for 2015.  Look for video of our record setting runs from the Tucker Rocky Cam in the future. 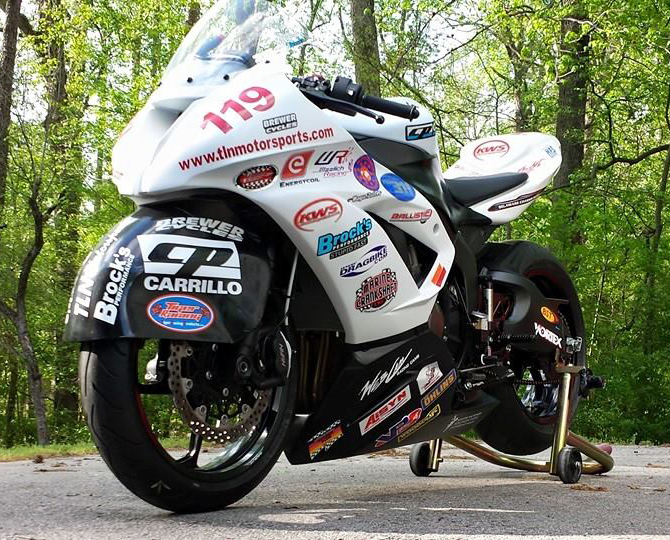 This project started with an idea, a belief that the Kawasaki ZX-6R was the platform of choice for an assault on Land Speed Racing World Records and a visit to Brock’s Performance.  7 months later the most successful N/A 650cc class Land Speed Racing motorcycle of all time is retired and a new ZX-6R stands ready for the 2015 LSR season.  We at TLN Motorsports can’t say thank you enough to everyone that has made this build possible.  We could never have done it ourselves.  There is Land Speed Racing history to be made and you are looking at the motorcycle that will do it.  She has more HP than her predecessor and comes from the same Kawasaki blood line.  We are excited about 2015 and what lies ahead.

We at TLN Motorsports are proud supporters of Wounded Warrior Project we can never forget the heroes that gave so much for each of us and The Austin Hatcher Project Pediatric cancer can be beaten. 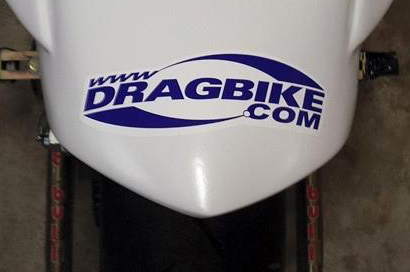