TLN Motorsports with Hass/Serafini Racing at the A2 Wind Tunnel 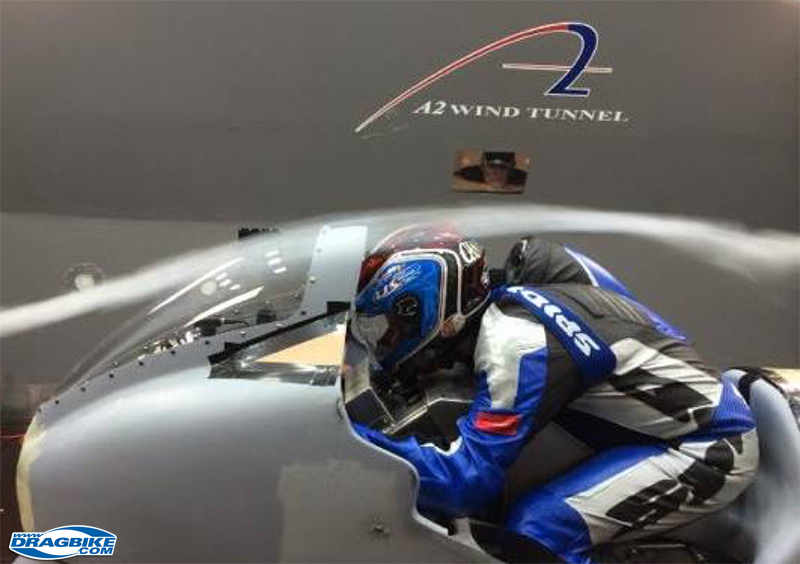 TLN Motorsports with Hass/Serafini Racing at the A2 Wind Tunnel

TLN Motorsports was very fortunate to be invited by Hass/Serafini Racing to attend the wind tunnel testing of their compound turbo Suzuki; the next 300 mph sit on motorcycle. On the Friday the day after Thanksgiving Don Hass, Steven Serafini, Joe Timney, Greg and Tracy Neal gathered in Mooresville, NC at the A2 Wind Tunnel. The objective for the day was simple, test the aerodynamic body on the compound turbo Suzuki. Find the correct combination of Aero HP, balance and down force to allow that bike to reach its full potential as safely as possible. TLN Motorsports had been invited to the test due to their long time association with Hass/Serafini racing and past wind tunnel experience.

After baseline conditions were established Don Hass took his place in the rider position for the first of many pulls where the most difficult part of the job was to remain still during the entire test. While I know what the numbers are, let’s just say the initial test was impressive. The numbers were equal to aerodynamic tests on other purpose built Land Speed Racing bodies from the very beginning Friday morning. 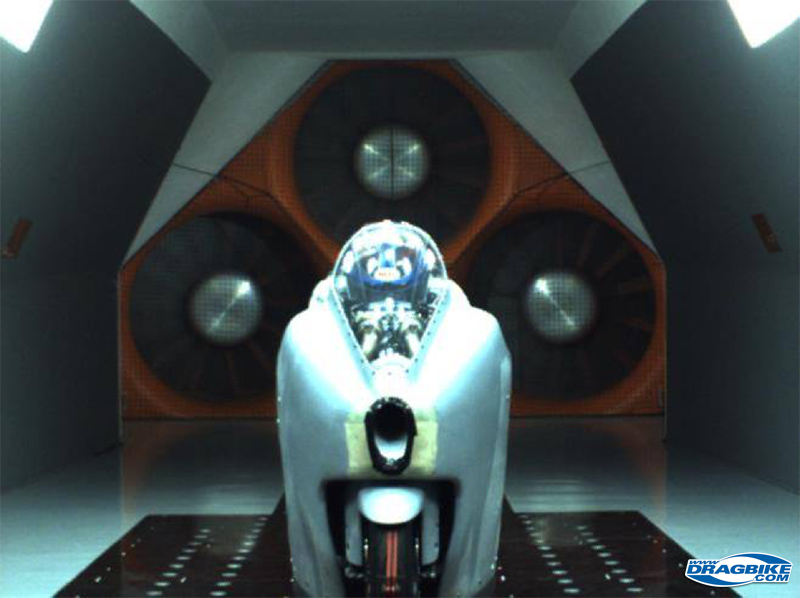 The usual series of changes and runs were made with the usual mixed results. Things that you are sure will help sometimes are mind boggling as the do the opposite of what is expected. It gives you a different perspective on aerodynamics, on what really works and what doesn’t. You learn about frontal area vs overall shape. One change always affects many different aspects of the motorcycle. The wind tunnel is the only true quick way to learn the affect of each change made.

One major change was made that produced unbelievable results. As the numbers started to come up on the graph there was silence in the control room. No one was believeing the numbers that were showing. The tunnel operator stated “It is the biggest gain from a single change I have ever seen”. The decision was made to go back to the baseline set up and compare the numbers. That gain had to be verified as legitimate. Another baseline run was made and the numbers returned to very close to the first baseline test. Hass/Serafini Racing may just have hit the Holy Grail. The bodywork on the compound turbo bike was making Aero HP numbers not seen before, with good balance and a significant amount of front and rear down force. It had well exceeded what anyone there thought was possible at the beginning of the day. 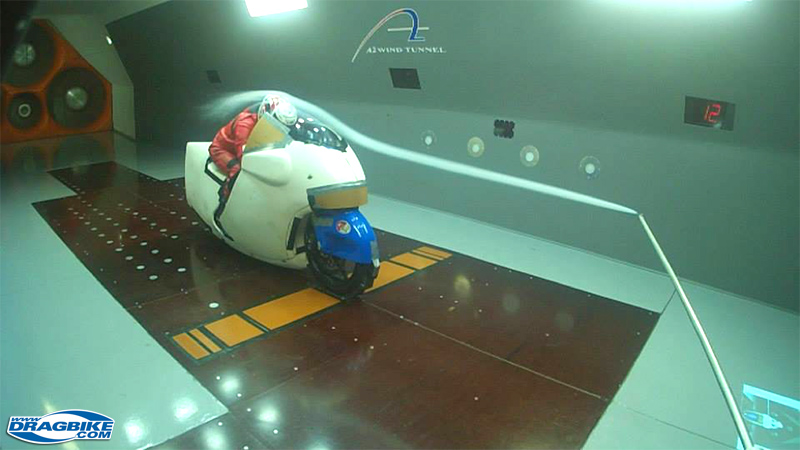 To end the day Greg Neal took a turn in the riders position on the motorcycle to get a feel of the bikes stability in the tunnel and how he fit on the machine. Does that indicate anything for the future? That all remains to be seen, but he was quoted as saying “A future ride on that machine would make a racing career. There is nothing like this bike in existence anywhere”.

TLN Motorsports was not only able to help out Hass/Serafini racing at the tunnel; they were able to gain some very valuable information for their own aerodynamic body program. While that bike will not appear for them in 2016, there is a long range goal and through the partnership with Hass/Serafini Racing there will be some surprises taking to the race track in the next few seasons. There is a plan and it is moving forward.

While this bike may not be the one that ends up taking to the track for TLN Motorsports, the information gained testing it is invaluable in the future aerodynamic body bike they will run. This body will be making an appearance in the future though. When TLN Motorsports teams up with Hass/Serafini racing, you never know what may happen. 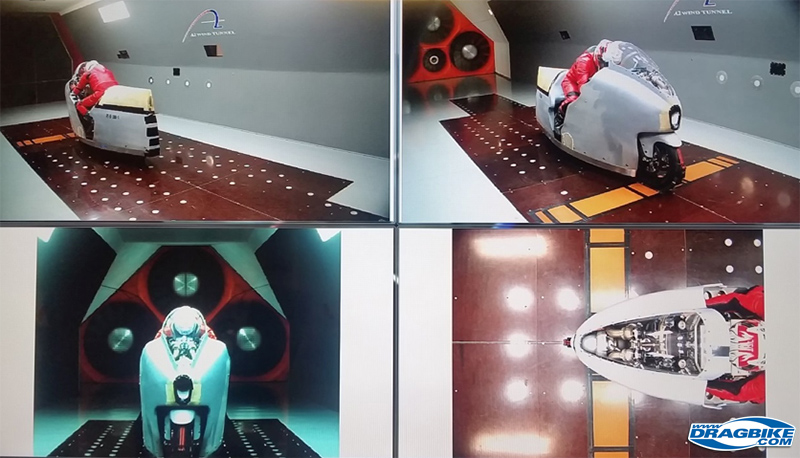 TLN Motorsports success is because of the support from the best in the business. Without each of them it would not be possible. Thank you all for 2015 and we are so excited that each of you will be a part of 2016. Thank you Brock Davidson, Ben Knight and everyone at Brock’s Performance, Kevin Hunt and Michael Godin at KWS Motorsports, CP Pistons/Carrillo, Web Camshafts, Marine Crankshaft, Stephen Serafini and Fab U This, Val Dick and Energycoil, Dave Conforti and Worldwide Bearings, Chip Spaulding and Ballistic Performance Parts, Woolich Racing, Guy Caputo and Tiger Racing Products, Chris Brewer, Tyler Brewer and everyone at Brewer Cycles, Ralphie Navarro and Platinum General Services, Mark the Mechanic, Petron Plus, Shane Burton and Warp 12 Racing, David Whealon and DW Photos, Joe Timney and Donna Timney and Delaware Chassis Works, Millennium Technologies, Blackstone Tek Wheels, Vortex Racing, Fred Vancs and Vance & Forstal Racing, VP Racing fuels, Alisyn Lubricants, MagicBullet fuel Treatment, Ohlins, Raptor Performance, MPS, Brandi Neithamer and Dragbike.com

A special thank you to Thomas Cronan, Don Hass, Patrick Malphus, Paul O’Donnell, Jesse Michaud, Ransom Holbrook, J. P. Trze, Eric Roehrle, Joe Heffernan, Scott E. Jones and everyone that has assisted us in one way or another at the race track. Our success is your success.