Tom Caldwell is ramping up his program for 2013 and the data he’s gathering is starting to pay off for his new combination.

At the AMRA Hagerstown, MD event, Caldwell was able to regain his performance edge for the win and during his assault, took the OLD GUYS DO RULE RACING former Pro Stock bike to new AMRA records for the Pro Gas class. 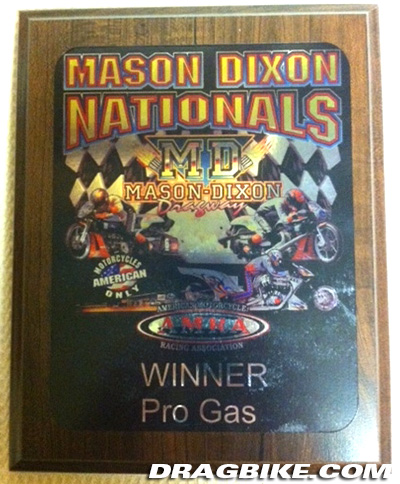 Caldwell said, “We all struggled with the clutch tune up, trying to get hold of the slippery track and qualified 2nd by .040 seconds.

You all know, I was not satisfied with that! The 95 degree heat and average 50% humidity was oppressive. 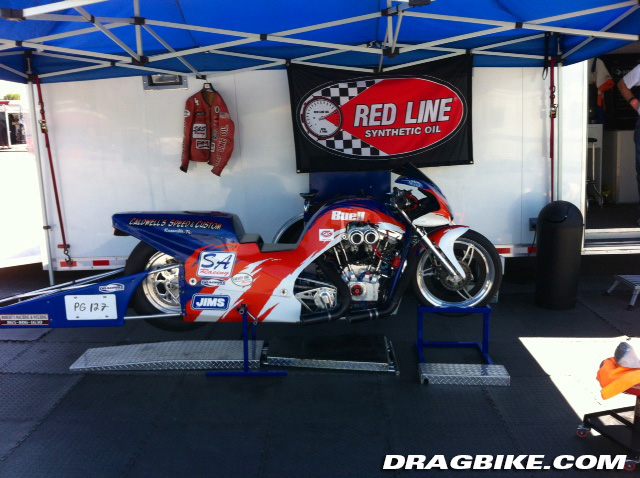 “We were back In Knoxville Monday evening and are prepping the bike for the next AMRA race in Bowling Green , KY on June 29 & 30th.”

Caldwell gives much credit to Steve Allstaedt of SA Racing and Dana Eckhardt, his long time crew member. “These guys work and work and work, I mean I work, too. Anyone who races know that late nights and sacrifice of racing, but this OLD MAN gets to ride and I LOVE to race, it’s in my genes.” 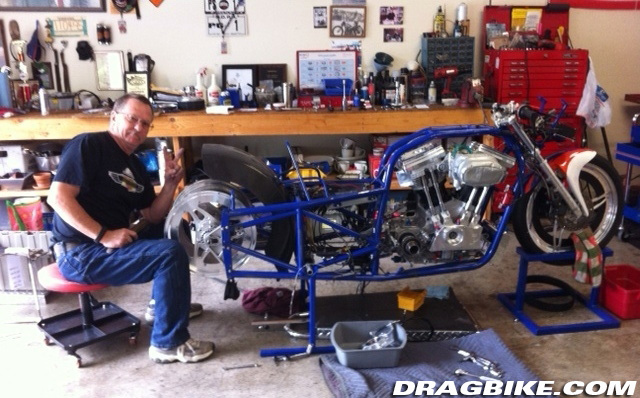 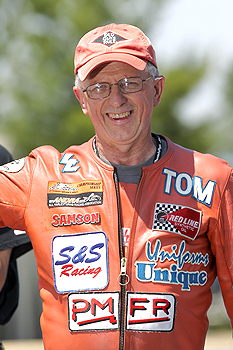