HomeTeam ReportsTommy Bolton Back in the Saddle After 20 Years

Legendary racer Tommy Bolton, aka “Mr. Speed” and the “King of Cali” is back on a drag bike after a 20-year hiatus. The past two decades has seen Tommy building race-winning drag bikes for riders such as Glen Nickleberry, the Smoke and Kermit Lottie, Jimmy Cook, and many others. 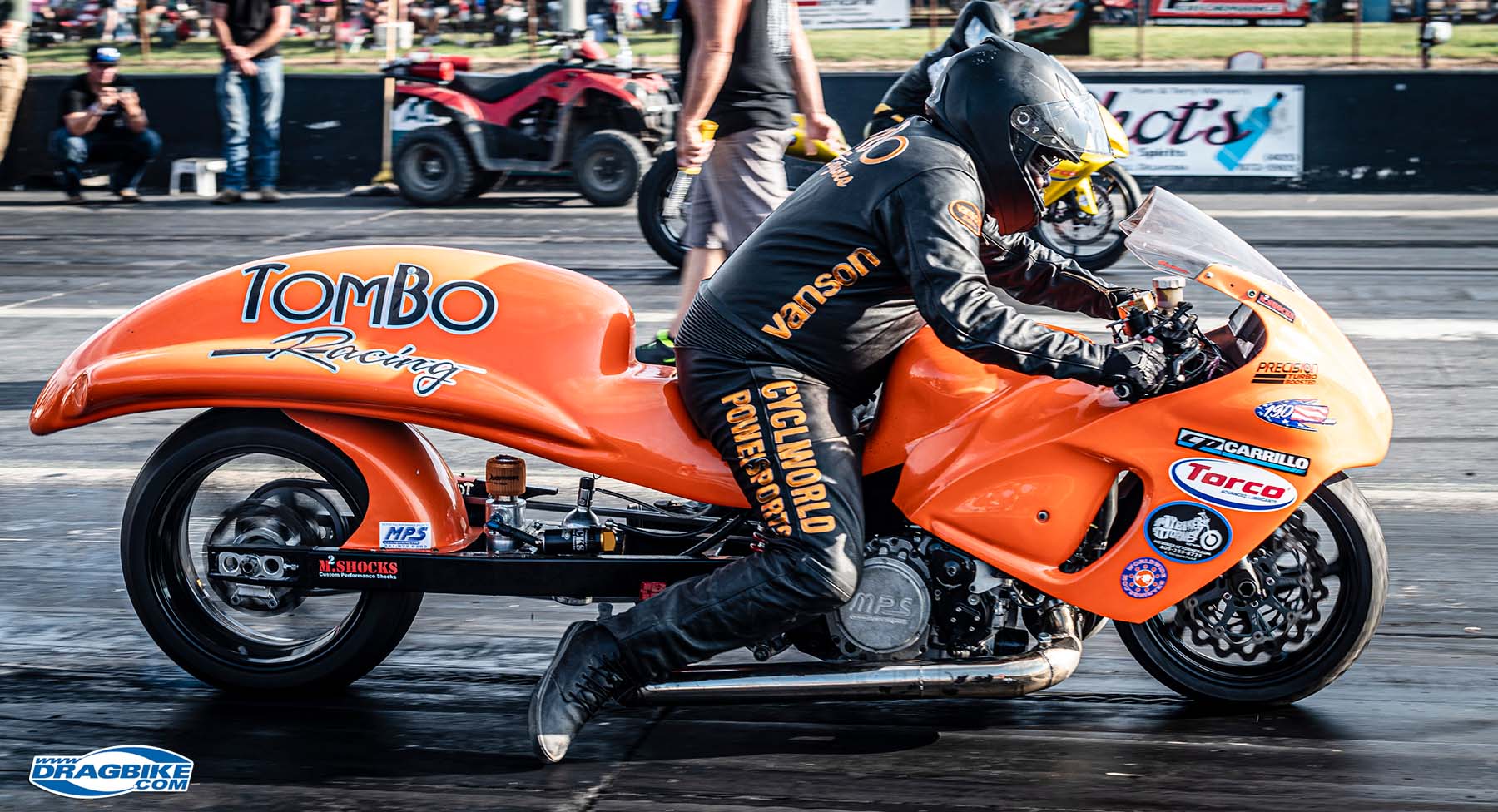 Tommy spent the COVID lockdown winter of 2020-21 working with sponsors and his team to build his own turbo Hayabusa, while at the same time building two new turbo Hayabusa wheelie-bar bikes for the Lottie brothers. 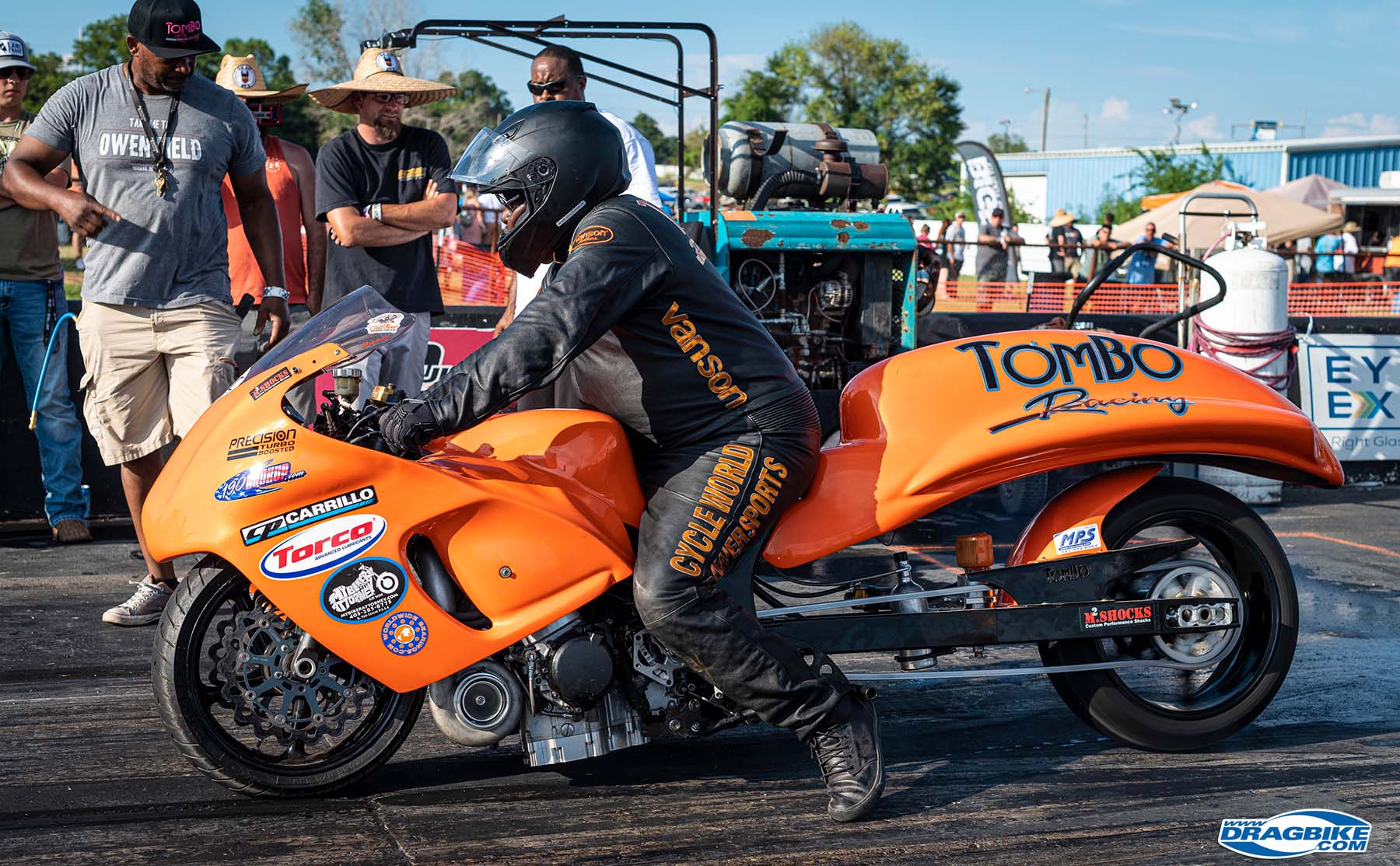 While Tommy’s new no-bar race bike is currently built for Pro Mod races, the motor is basically the same turbo Hayabusa motor he installed in the new funny bikes. “I have to de-tune the motor to get it to hook up with the pro-mod chassis. But later I can move this motor to a full funny bike if I want.” 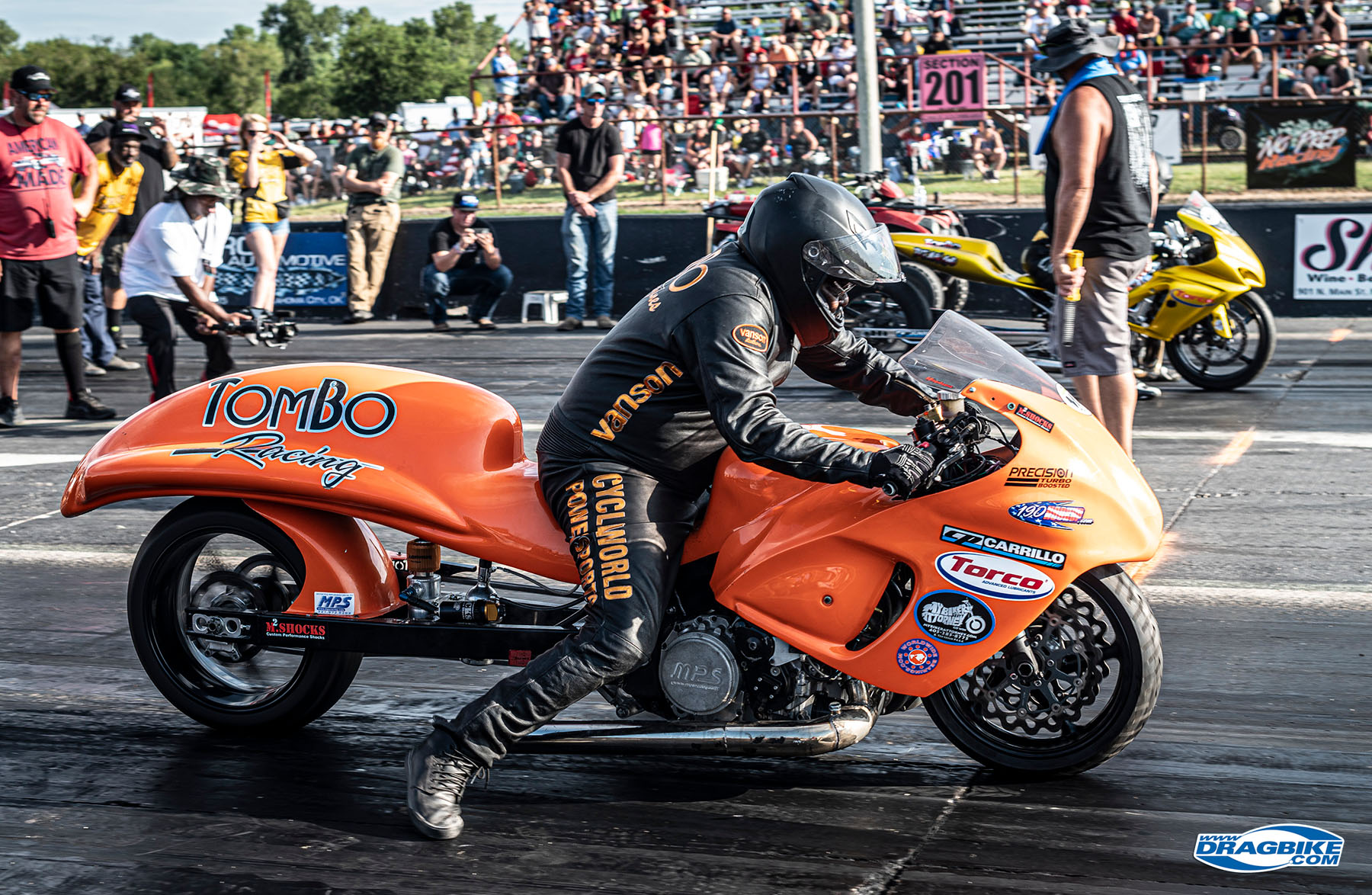 When asked about why Tommy is now back riding rather than just building race bikes, he says “I have been racing motorcycles all my life. I am like a motorcycle decathlete. I have raced dirt bikes, TT bikes, I was the only guy at Ascot flat track races back in the ’80’s, and often the only guy at Willow Springs back in the day.

I have built a lot of Pro Mod bikes that other people have put in the 7’s, and have built nearly a dozen wheelie-bar bikes that others have put in the 6’s, and lots of people now going over 200 mph with bikes I have built. Now I want to do two things – get into the 7’s on a no-bar bike, and get into the 6’s on a wheelie-bar bike. I am 61 years old so now is the time to finally reach for those goals myself. I am chasing the carrot again!”