Tommy Grimes and the Beast to compete at the Man Cup

Tommy Grimes and the Beast to compete at the Man Cup

After a successful start of the season at Tierp Arena in June, where Tommy Grimes recorded a new personal best on the Beast with a 6.19-second pass, the team was back at the same track in August for round four of the EDRS Pro Nordic Motorcycle Championship, the Summit Racing Equipment Internationals.

A 6.31 was enough for the no 1 spot and during the eliminations, Tommy and the Beast Dragbike team laid down a 6.29 followed by a 6.30 semifinal win to reach the final against Harri Piensalmi. The final turned out to be one of the closest side by side Super Twin races in Europe with a loosing 6.39 by Harri to a winning 6.40 run by Tommy reaching the Winners Circle. 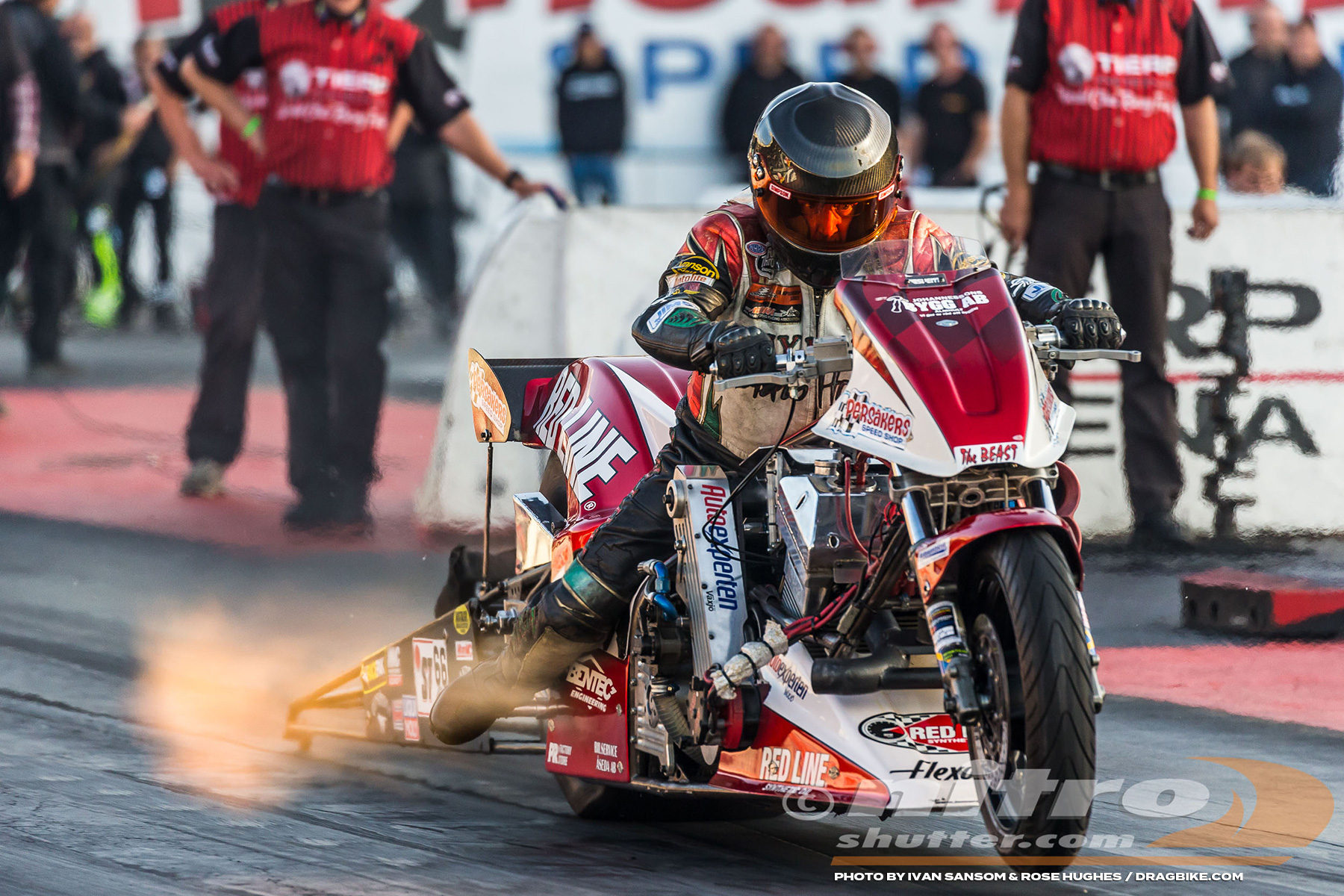 The season will now continue for the Beast team as the bike and equipment are on their way to North Carolina. 2017 EDRS Pro Nordic MC champion Tommy Grimes will compete during the Man Cup race at Rockingham Dragway the 26-27th of October. Tommy will then take the bike back to his shop in Winston Salem where it will stay for the next race which will be the Man Cup World Finals at South Georgia Motorsports Park just outside Valdosta, Georgia, the 21-24th of November.

We planned this schedule at the beginning of the year and the plan was to go for record numbers at the EDRS Pro Nordic MC Tierp races and to pay a visit to the Winners Circle. You could say that we have followed the plan so far, says a smiling Per Bengtsson, Team owner and former rider of the Beast Dragbike.

This is the fourth time we will bring the Beast to the United States but it`s the first time we`ll attend the Rockingham race track. We will use this event as a preparation to be as well prepared as possible before going in to the World Finals at Valdosta, Per continues. Both the bike and rider are better prepared than ever for top-level racing against the best in business and we are very much looking forward to meet several of the NHRA Top Fuel Harley teams at Valdosta. A big thank you to all our longtime partners for making this adventure possible, Per ends. 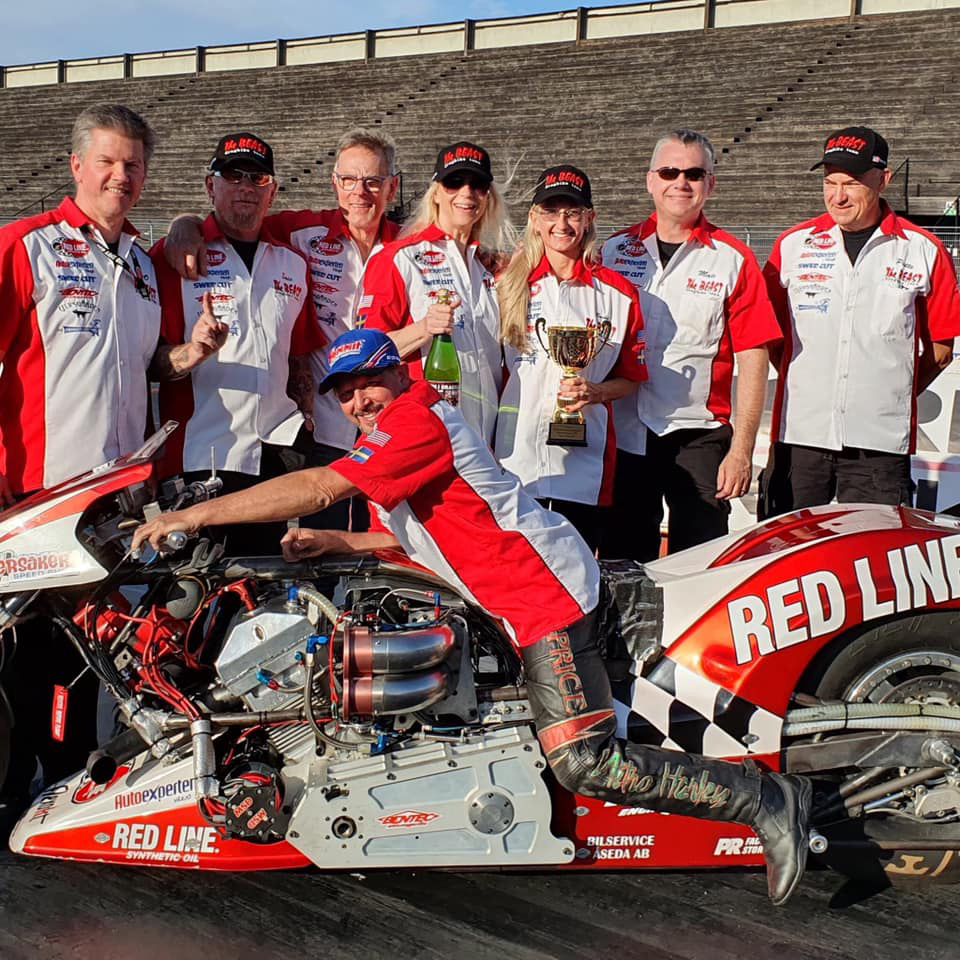 I love riding the Beast and the chemistry with the team is just 100% says a very positive Tommy Grimes. To be able to run this unique bike at my home track in Rockingham followed by the Man Cup World Finals at Valdosta is just awesome and I want to say a personal thank you to Per and his wife Christina together with the team for making this happen!

A special thank you to Man Cup Promoter Jay Regan for your support. You can follow the latest Man Cup news at www.mancup.info

The Beast team page at Facebook is called The Beast Dragbike