The Beast Dragbike team and the owner and former rider Per Bengtsson had a clear ambition when they flew over the bike and equipment to reach the MTC Engineering Nationals at Rockingham Dragway in time as a preparation before the 43rd annual FuelTech World Finals at SGMP, Valdosta. The Winners circle was the goal at Valdosta and that´s where you could find the team with the 2017 EDRS Pro Nordic MC champion Tommy Grimes in the saddle after the final round on Monday!

The logistics and planning to manage to do two races in one month, with flights back and forth to Europe in between, was the biggest undertaking ever for the team from southern Sweden. Thanks to a good planning and with help with logistics in the US from Tommy Grimes and Rachel Pridemore, and a base in Tommy’s North Carolina shop, everything worked out as planned.

The goal for this season was to win the Man Cup World Finals. To be able to do just that, we used the two EDRS Pro Nordic Motorcycle Championship races at Tierp Arena in June and August to tune the bike and team to perfection. The Rockingham race was the key to be prepared on US soil and then go all in at the World Finals, said team owner Per Bengtsson.

We produced three top ETs over the weekend with 6.18, 6.20 and 6.26 seconds, and the race was won with a good strategy. Strategy and fine-tuning are our strength, said Per. Based on our good numbers at Tierp Arena, we knew on our way over the Atlantic that we had the possibility to win. But to be able to win, you need to be the best on race day. And when the track got away on Sunday evening, caused by bad track temperature, you need to detune the bike, and with the Rockingham experience fresh in mind, that sure helped us out. 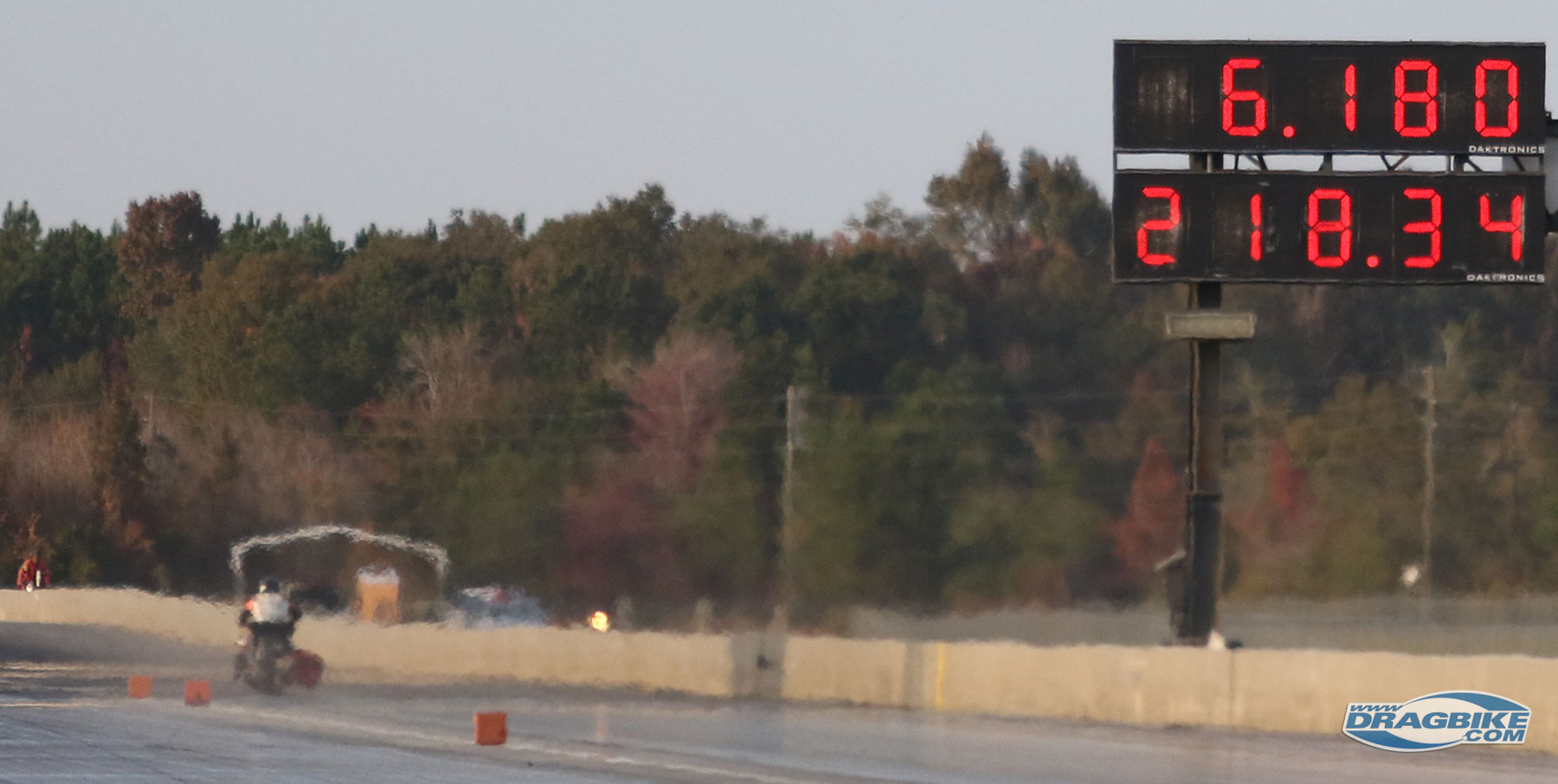 Since this is the only race in the world where we as a European Super Twin bike can compete against the best bikes in the US, Japan and Australia, I put this race very high on the ladder, maybe even higher than my four European Championship titles, said Per. This is the closest you get to a real World Championship and I like to say thank you to promoter Jay Regan and all the supporting manufacturers in the business who together create this effort for the sport!

This was also the first time in our long racing career that we finished the race on a Monday. We think it was a good decision since the track and air were very cold on Sunday evening and safety always comes first. Tommy did a perfect riding job over the weekend and went to the finish line straight as an arrow every run and you could feel the whole team only had one goal for this race: Victory!

To our knowledge, this is the first time a European dragbike team win a dragrace competition in the USA and to top it all, the final was run between two blower bikes, as Jason Pridemore was our opponent and runner up. To sum up the race weekend for the Beast on the technical side, we only used two sets of bearings and a couple of clutch plates from Thursday to Monday. Not a single spare part was brought out of the trailer! This is the fourth time we have brought the Beast over to try to win the Man Cup World Finals and it finally paid off! It just shows how devoted this team really is. 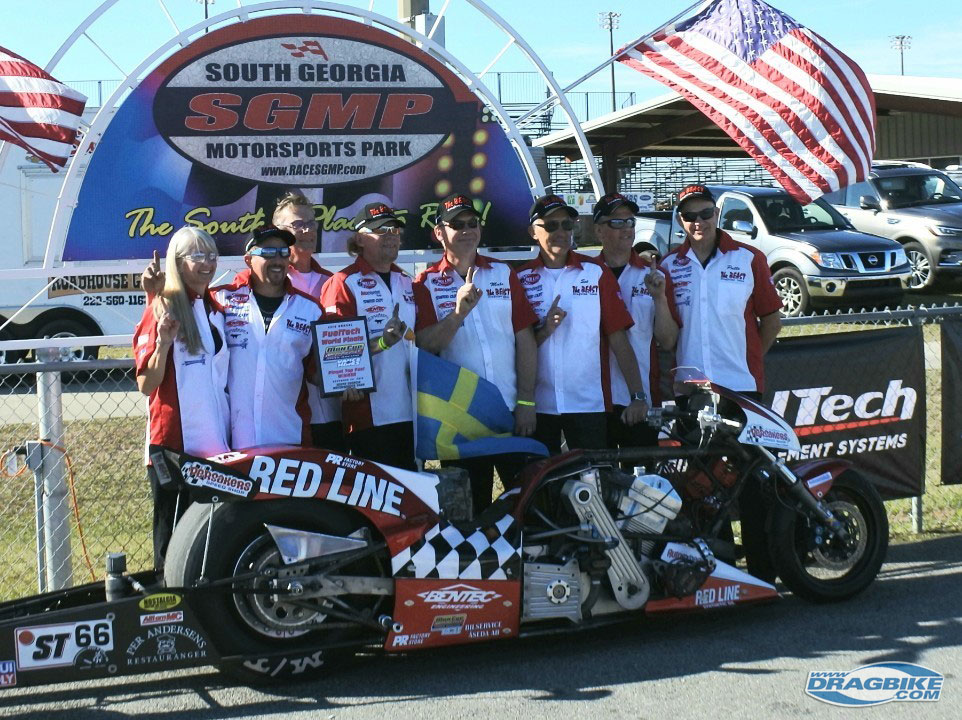 We would like to say thank you to all our race fans from all over the US, Canada, Australia, and Europe who showed us their support at the track. It means a lot.

Looking ahead to next season, the Beast Dragbike team have no plans set for 2020 as the contract with our longtime main sponsor Red Line Oil ends by the end of this year. We are open to new partners and sponsor solutions and we are working in different directions to try to secure enough fundings for a continued show for our fans.

A special thank you to Marty Puckett for the transportation between North Carolina and Valdosta.