Motorcycle’s Quickest and Fastest of All Time

The latest changes to the list are marked in red

Mitch Brown ran a new Personal Best at the Man Cup World Finals at South Georgia Motorsports Park in round two of eliminations with a 5.947 to move him up one spot in the list. 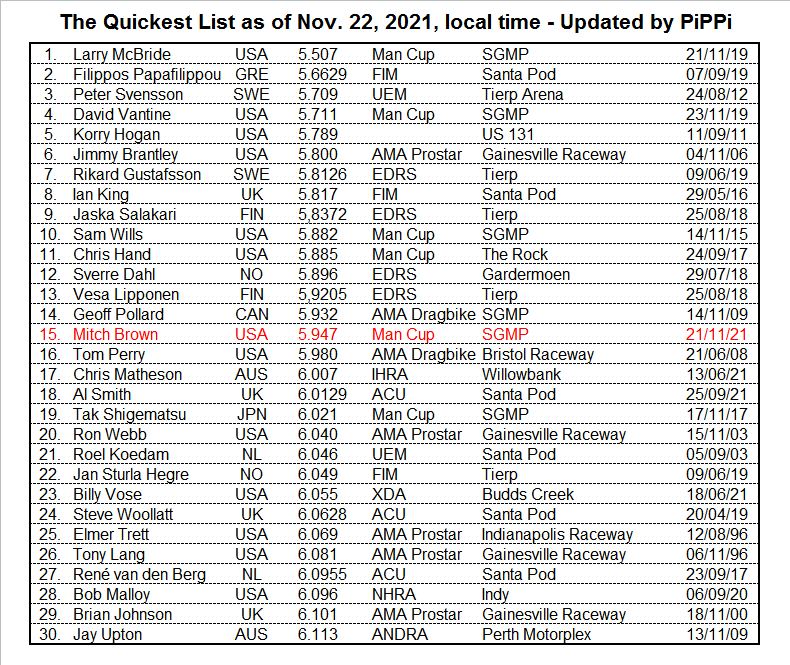 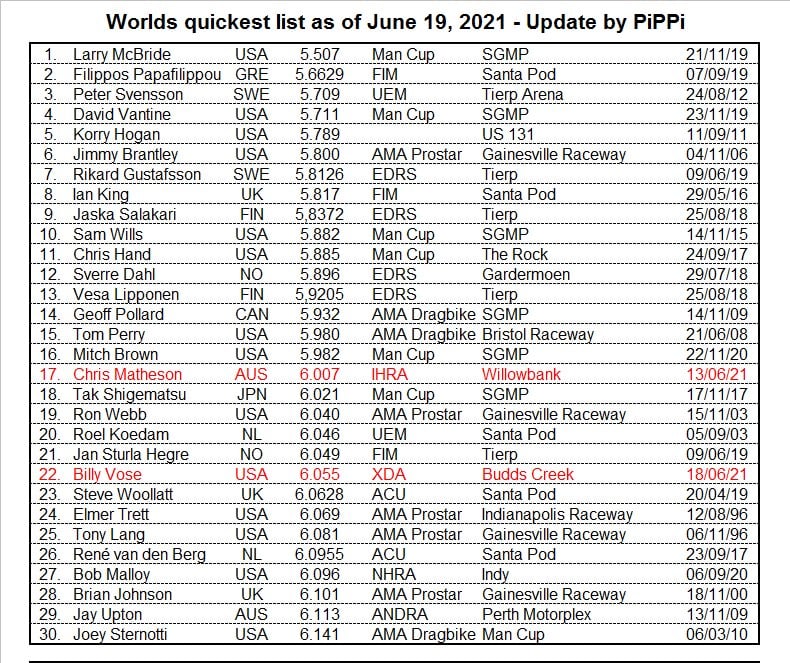 Another change during the UK National Finals at Santa Pod yesterday.

Steve Woollatt runs a new PB at 6.1476, moves back into The List up to the #27 spot and in that bumps out Tii Tharpe. Steve also ran a 6.17 to win the event and the ACU title. Congrats to Steve and the team Phil Baimbridge, David Powell. 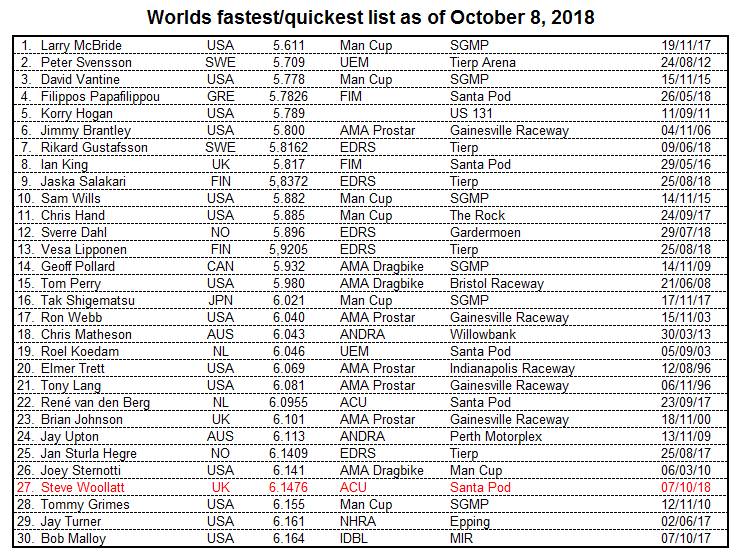 This is updated as per September 2, 2018, after a fantastic race at Indy. The change/changes that affect this list is/are marked with red. Jay Turner bettered his speed and moves up one spot in the Speed List. Tii Tharpe also pulls a good speed here and moves up to the #27. 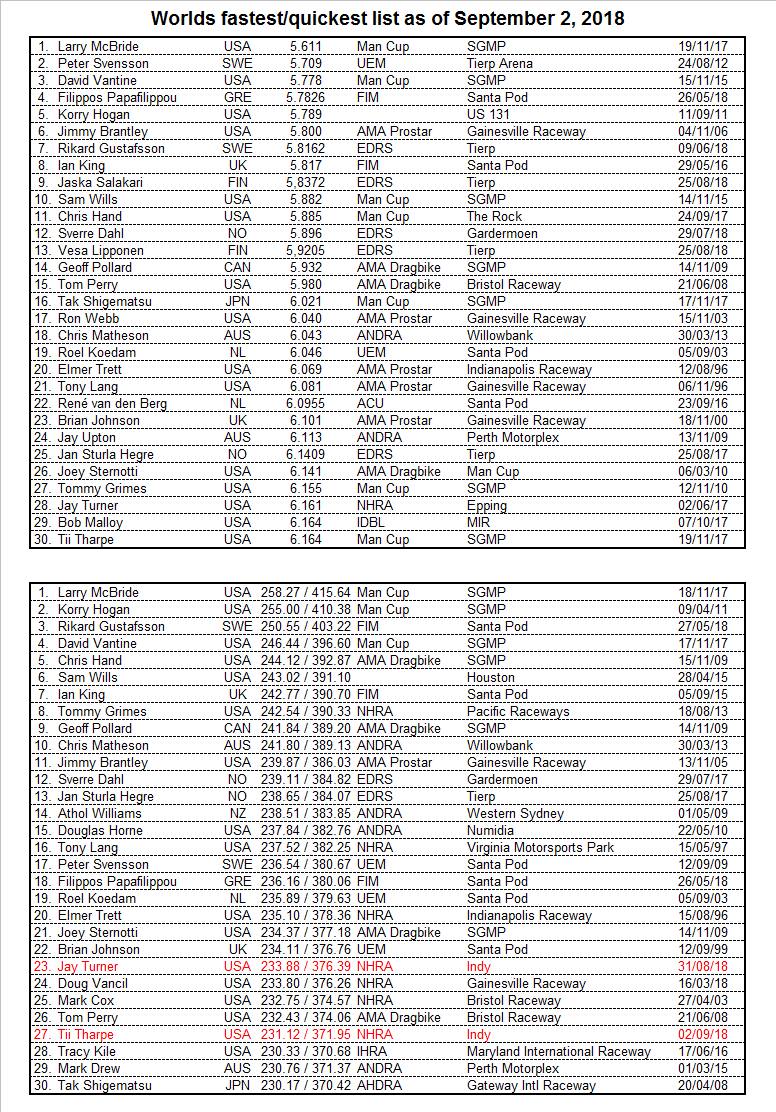 This is updated as per July 29, 2018, after Drag Challenge at Gardermoen, Norway.

Sverre Dahl did real good under very hot conditions and pulled two 5-second runs. In the final he took the gold against Rikard Gustafsson. Sverre into the 8’s with a 5.896 against Rikard’s 6.012, the quickest side-by-side run outside of the US. Sverre stays in the #11 spot but is closing in on the Top-10.” 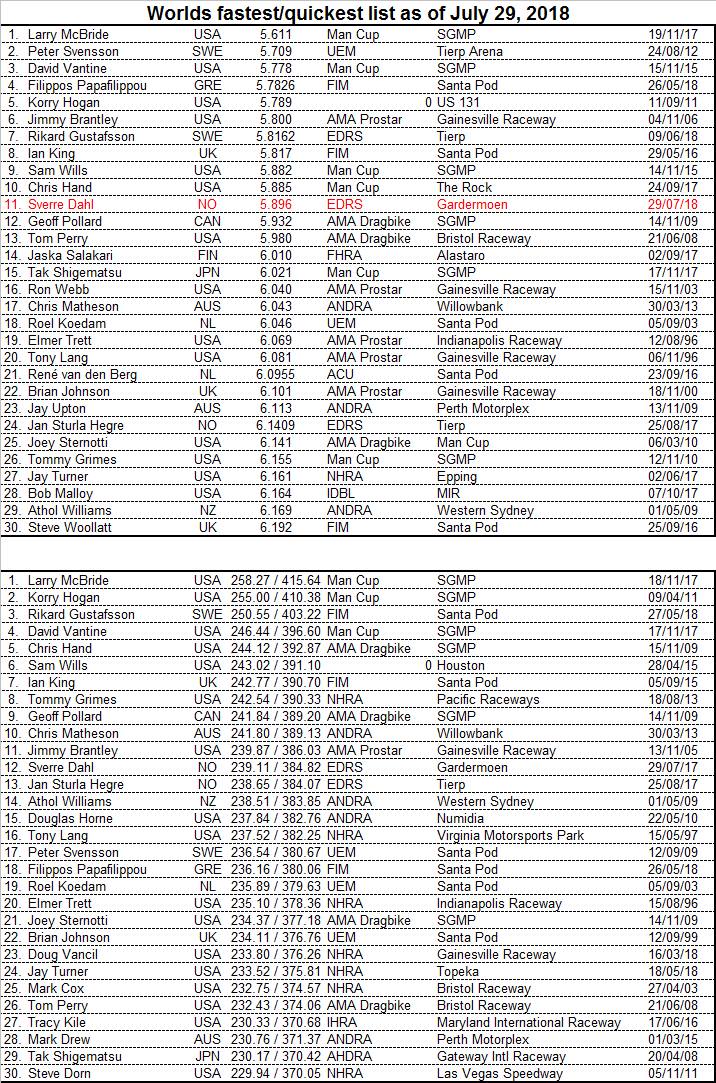