Vance & Hines today launched the company’s long-expected four-valve motor for Suzuki GS-based drag racers. The new powerplant will debut at the NHRA Gator Nationals in Gainesville FL in mid- March. Several teams will be competing with the new Suzuki-based motor and a new Vance & Hines-designed chassis at that event. 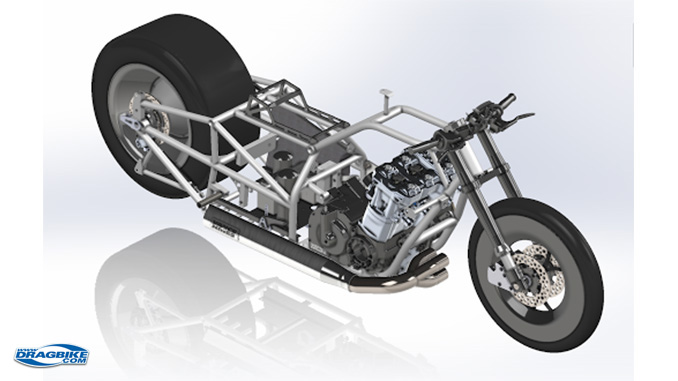 “The scale of this launch is unprecedented in the drag racing world and it highlights our company’s technical capabilities,” said Vance & Hines President Mike Kennedy. “This engine and the cylinder head design are applicable to several racing classes and easily adaptable to every team that is currently running a two-valve Suzuki GS. This launch is a proud moment for Vance & Hines and hopefully will net many victories for our Suzuki riders in 2021 and beyond.”

The new four-valve head modernizes the technology in Suzuki drag racing motors. It replaces the two-valve design which was introduced in 1998 and it retains the 1850 cubic centimeters engine displacement. 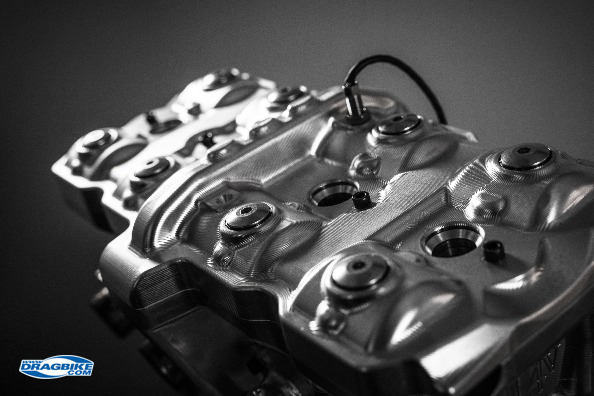 For the first time, Vance & Hines has integrated finger follower technology rather than a shim-under-bucket design in a drag racing cylinder head, which allows for less mass in the valve train and increased RPM.

The intake and exhaust port spigots are modular, so they can be adapted to different air boxes and exhaust pipes without redesigning or remanufacturing the head itself. This allows the new head to be used not only in NHRA’s Pro Stock Motorcycle class, but also in the Pro Mod and Pro Street classes. 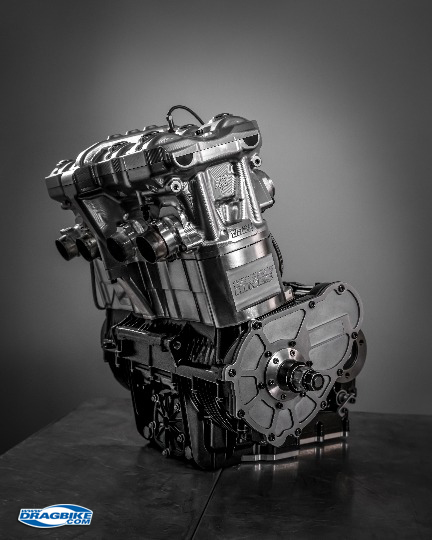 Design credit for the motor, code named “VHIL18504V,” goes to six-time NHRA champion Andrew Hines. The head was completely developed in Solid Works CAD design and was a fully functional running model prior to production.

“The 1850cc motor is approaching nearly 400hp and we believe that this is just the start of a new era of Suzuki drag racing championships,” said Andrew Hines. “Right now, this four-valve design is more powerful than the best of our two-valve motors. And there’s room to get better and faster with this architecture.” 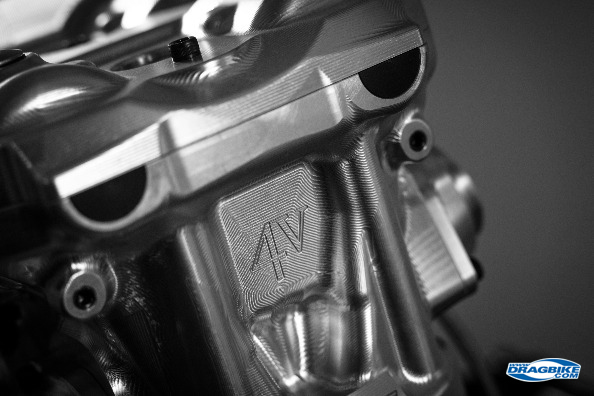 Vance & Hines is the preferred provider of racing equipment for many teams in drag racing. The company is known for fully supporting customers by having all the necessary components in stock and available for racing teams. Currently Vance & Hines is taking orders for complete motors or individual cylinder head packages. The new chassis, which leverages the learnings from thousands of runs in NHRA competition, is available as well.

About Vance & Hines
The Vance & Hines brand has always been about enhancing the exhilaration of the motorcycle ride. It started over 40 years ago, when Terry Vance and Byron Hines were two young enthusiasts in the fledgling Southern California motorcycle drag race scene. Terry always wanted to go faster and Byron knew how to make that happen. In short order, their on-track success and innovation drew the attention of other racers, riders and motorcycle manufacturers, which ultimately translated to commercial demand for their products and services. Today, the Company’s mission and activity is the same; make bikes go faster on the racetrack and take those learnings to make impactful products for riders around the world. Since the Company’s inception in 1979, it has run factory race programs in partnership with Suzuki, Yamaha, Ducati and Harley-Davidson in drag racing, road racing and flat track. Vance & Hines is based in Santa Fe Springs CA and has its Racing Development Center is in Brownsville IN. Learn more about the company’s history and products at www.vanceandhines.com.