Vreeland Makes it 3 for 4 in AMRA Nitro Funnybike

Vreeland makes it 3 for 4 in AMRA Nitro Funnybike with a win on his 23 wedding Anniversary.

After qualifying 4th in a strong 7 bike field Rich said “ I really didn’t like my chances for Eliminations on Sunday. We struggled all day Saturday with a new Clutch hat and never found the speed we were looking for” That combined with a very strong #1 Qualifier Jack Romine 6.93 @ 197.11 and other Tough competitors like Jim Doyle, Rocky Jackson ( who found himself back in the 6s with a great 6.90 pass), Ryan Peery on the “Big Nasty”, former Champ Jake Stordeur and Dennis Fisher. I was just looking to be able to hold onto the season points as we head into the last 3 races of the AMRA season.” 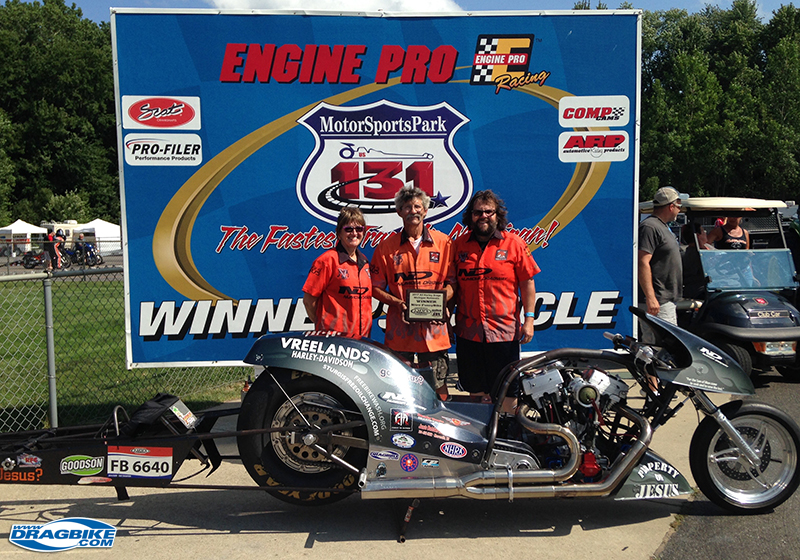 As Sunday eliminations play out things started to go Rich’s way, Jack Romine was broke and choose not to fix his bike, Jim Doyle who worked till the wee hours of the morning could not make the call also. Rich and Jake lined up for the first round and Jake went red and gave Rich a first round win. Jake Stordeur Said “I knew Rich’s Bike was a little quicker so I attacked the tree and went red” That gave Rich a bye run in the Semi’s and a trip to the finals. Dennis Fisher and Rocky Jackson faced off in the other Semi Final. Rocky had just ran a 6.90 in the first round and was look tough to beat but Dennis Fisher took the win. That put Rich and Dennis in the finals for the third time in four races this season. Both bikes fired and Staged, Rich cut a .074 light to Dennis’s .148 and the race was on, Rich took the stripe with a 7.065 @195.06 to give him his third win of the season and a special way for Rich and his wife Patti to remember their 23rd wedding Anniversary. 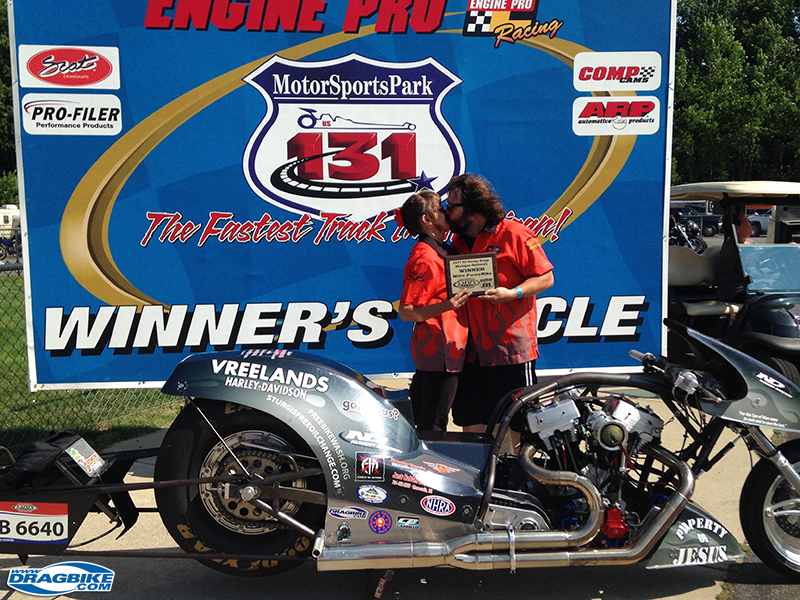