No one did that better this past weekend than three-time MIRock Pro Street champion Rodney Williford, setting low elapsed time of 6.726 and record-shattering mph of 224.21 at NHDRO’s May Bike Fest—the second race of 2017 for America’s fastest growing motorcycle drag racing series. 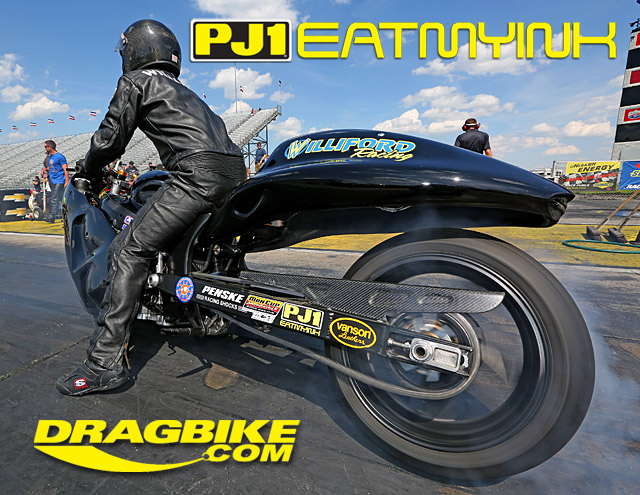 Perfect spring weather and a quarter mile prepped by Kyle Lang set the stage for Williford’s blistering performance. The North Carolina rider qualified number one and raced past Jake Henderson, Ryan Hable, and Gabe Frederick before the final with Brownsburg’s Justin Doucet.

“I can easily say we have less than 10% of the cost of an Indy Car in our bike,” Williford wryly noted. “But maybe more if I count the hours and hours of testing and R&D.”

Quicktime Motorsports’ Rudy Sanzottera took out Muncie winner Doug Gall in round one before falling to Doucet in two.

Sanzottera went to the final of HMH Motorsports Pro Open on the beautiful no-bar Suzuki Hayabusa campaigned last year by his late father Marty, AKA Pops. Rudy put a .006 light on champion Chris Cutsinger in round one, then outlasted Cutsinger’s big tire ‘Busa Funnybike to the stripe. “It blew the intake boots off the head and lost all its boost,” Cutsinger said about his bike’s mechanical failure. “Rudy and I said Pops did it for Rudy.”

But when it comes to big tires, Manufacturers Cup Pro Open champion Mark Rendeluk has his nitrous-huffing PXM bike thoroughly dialed in. Rendeluk ceded the tree to Sanzottera in the final but powered by for the win. 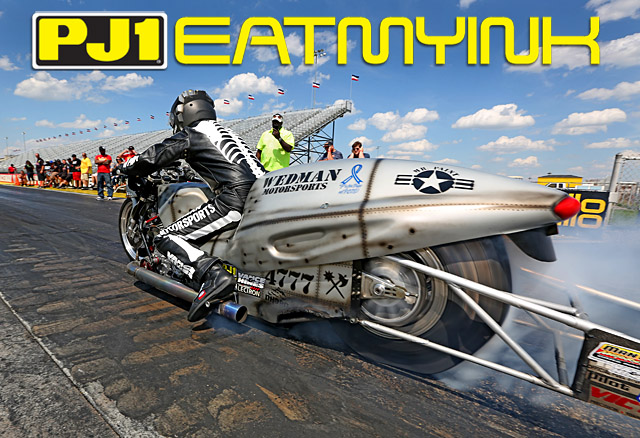 All of the Quicktime Motorsports/Lindeman Performance Pro Ultra 4.60 semifinalists were from Tennessee, with Clarksville’s Smokin’ Joe Rodney taking the final round win over champion Chase Morris. The champ took the tree with an .008 light but gave it up with a 4.66 to Rodney’s 4.62. 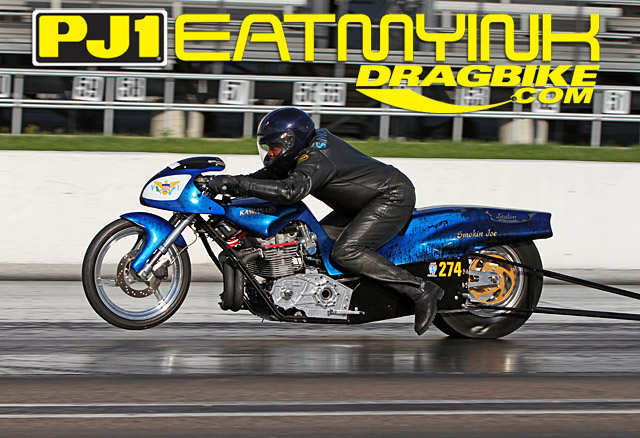 Iowa’s Bruce Damewood scored the G&G Metal Spinners Top Gas win in only the second race on his brand new ‘Busa dragbike. Damewood faced Jeremy Teasley on a ‘Busa streetbike in the final, where Teasley blundered with an uncharacteristic -.055 redlight. “I have no idea why that happened,” said Jeremy, who uses a two-step at the tree. “It did that to me on Saturday too—a -.045 out of nowhere. I don’t have it 100% right and need a few more test sessions with this new set-up.” 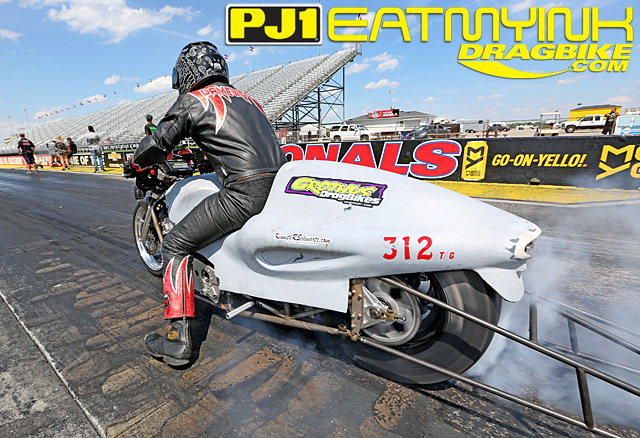 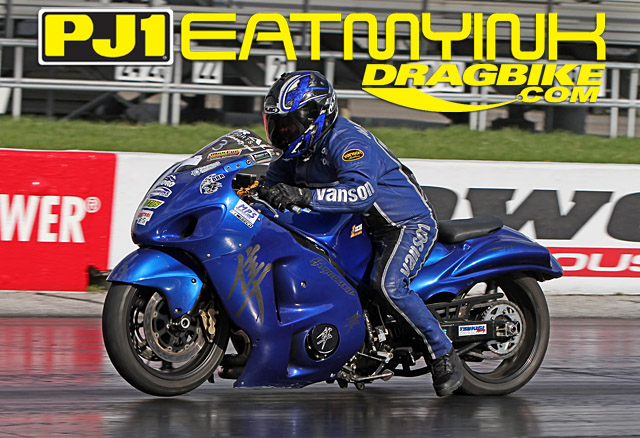 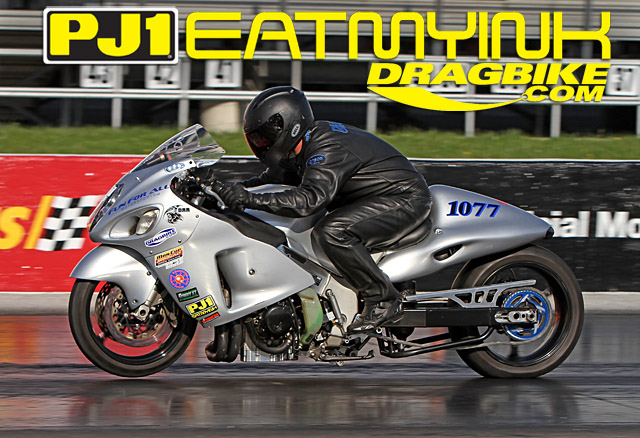 Lee—also from Tennessee—came back around and won Millennium Trailers Super Comp, beating Ben “Expanding My Resume” Knight by nailing his own .009 light in another double breakout final. Number one qualifier Ron “Jiu-Jitsu” Arnold was trailered by Lee in the Quarterfinals. 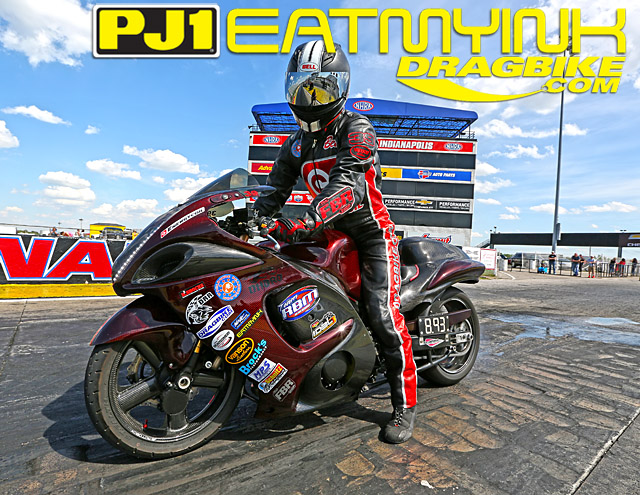 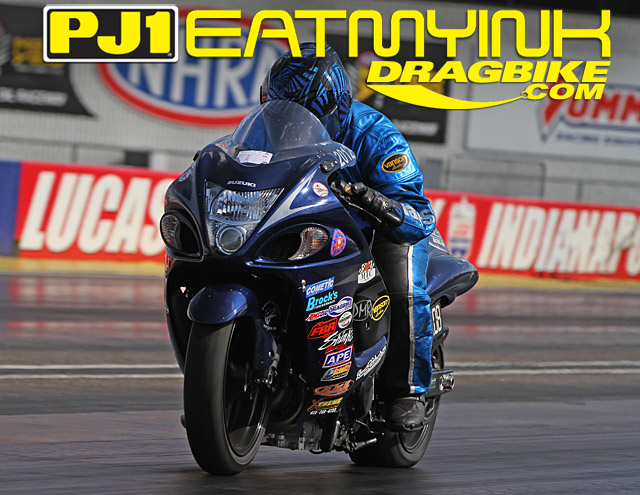 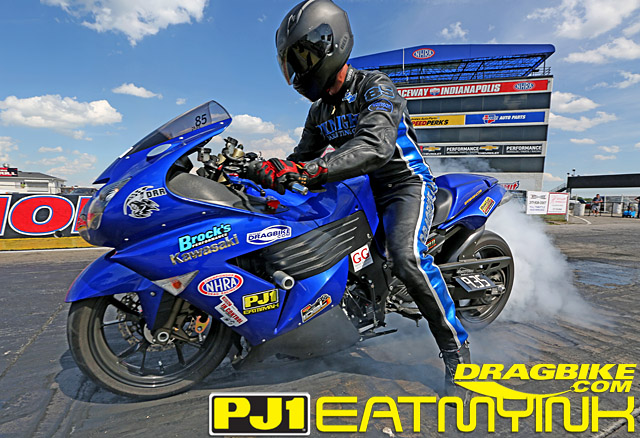 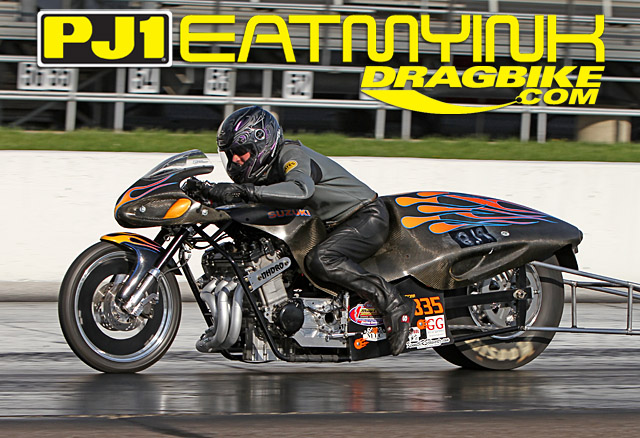 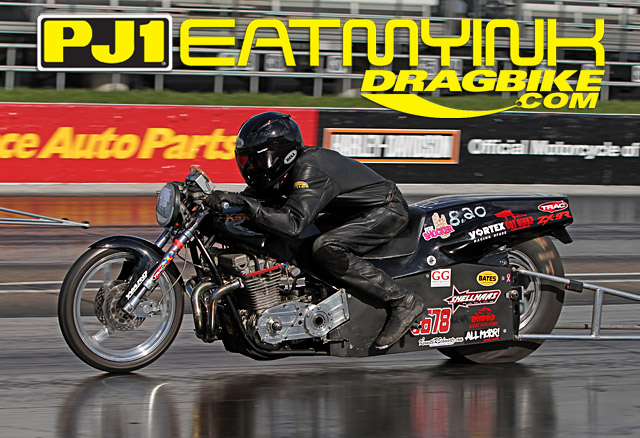 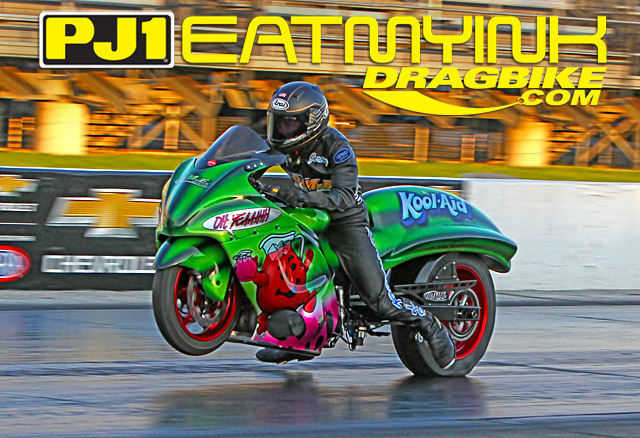 Brian and Niki Welch are looking forward to seeing the NHDRO family back in action at Gateway Motorsports Park just east of St. Louis for June 9-11’s Motorcycle Madness.