The Xtreme Dragbike Association launches the 2020 season at Maryland International Raceway with the 3rd annual FuelTech Superbike Showdown on June 19-21, 2020.

XDA is known as the premier sanction to showcase the quickest and fastest street bikes the world offers. Even with a 2-month delayed start of the 2020 season due to COVID-19, the XDA will be one of the first motorcycle drag racing events that will be held in the country. Jason and Chris Miller have been hard at work putting together a season that will be epic from the first pass to the last.

The Millers have not sat idly by waiting to be told what to do. Behind the scenes, they have attended numerous government meetings as they prepared for a season of changes with plans to cover all the possible scenarios. They had two other contingency plans in place to make sure we were racing on June 19-21 in case they were not given the green light by the state of Maryland. Fortunately for everyone, the State of Maryland came through and we will be able to kick off the season as planned at MDIR in June.

This year XDA will stay focused on solutions while offering the same great experience our racers have come to love and expect. With your support, XDA will continue to give you a place to race with your family and friends year after year. XDA has stood strong for over two decades and has faced many obstacles and has overcome them all. This obstacle won’t hold us back from a year of record performances.

Our season-opening hurdle is that spectators are still not permitted at this event. Racers, Crew, Families, Sponsors, Media & Staff only may attend this event. If your “crew” is arriving separately, just leave their name at the gate or have them tell the gate which race team they are crewing for when they arrive, and they will be granted access. 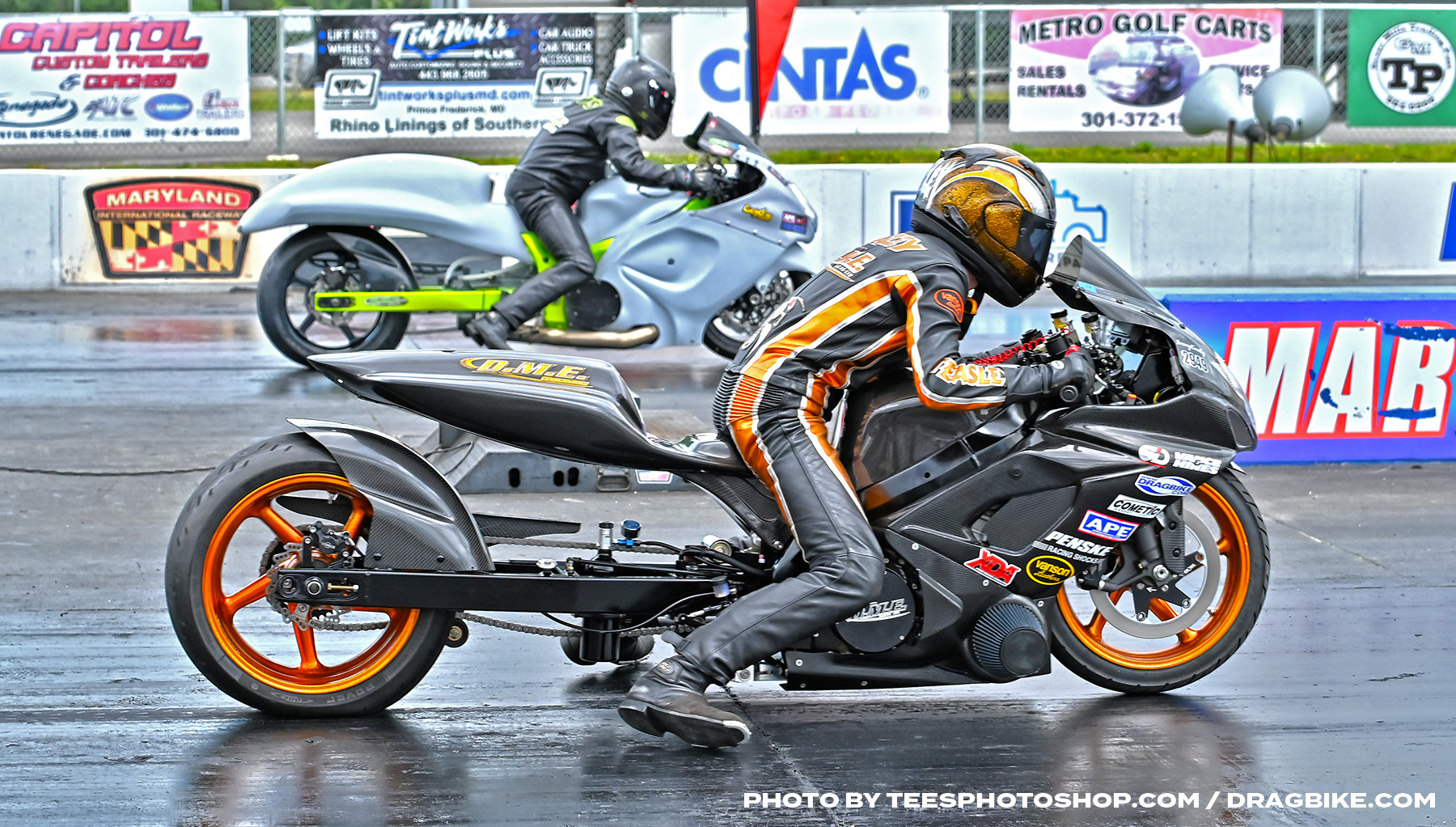 Arguably the biggest storyline of 2019 came from the 6-second, 220+mph Orient Express Pro Street class. Personal bests and world records were established at every event. We start the 2020 drag racing season with the ET record at 6.384, held by DME Racing’s GSX-R1000, ridden by Jeremy Teasley. The MPH record sits at 232.59 by Willford Racing’s Ehren Litten. These two titans have been using the season delay wisely with many performance upgrades and testing. With winter rule changes in place to create parity in the class, the Teasley’s GSX-R1000 took on a 35lb weight penalty and lost a half-inch of wheelbase. And all eyes will be on Teasley to see if his reign as the ‘Quickest Pro Street Motorcycle’ in the world will stay intact. Team tuners Andy Sawyer and Steve Nichols have been tight-lipped about recent testing numbers. Currently, we have eighteen Pro Street motorcycles expected to be on the property next weekend at MDIR. The majority of these machines have new combinations that take advantage of the numerous rule revisions put in place over the winter. Some of these monsters have not had a chance to test, while a few have been out several times this year already getting their motorcycles dialed in. Friday nights qualifying session will tell the tale of who has been working and who just rolled out of the trailer. 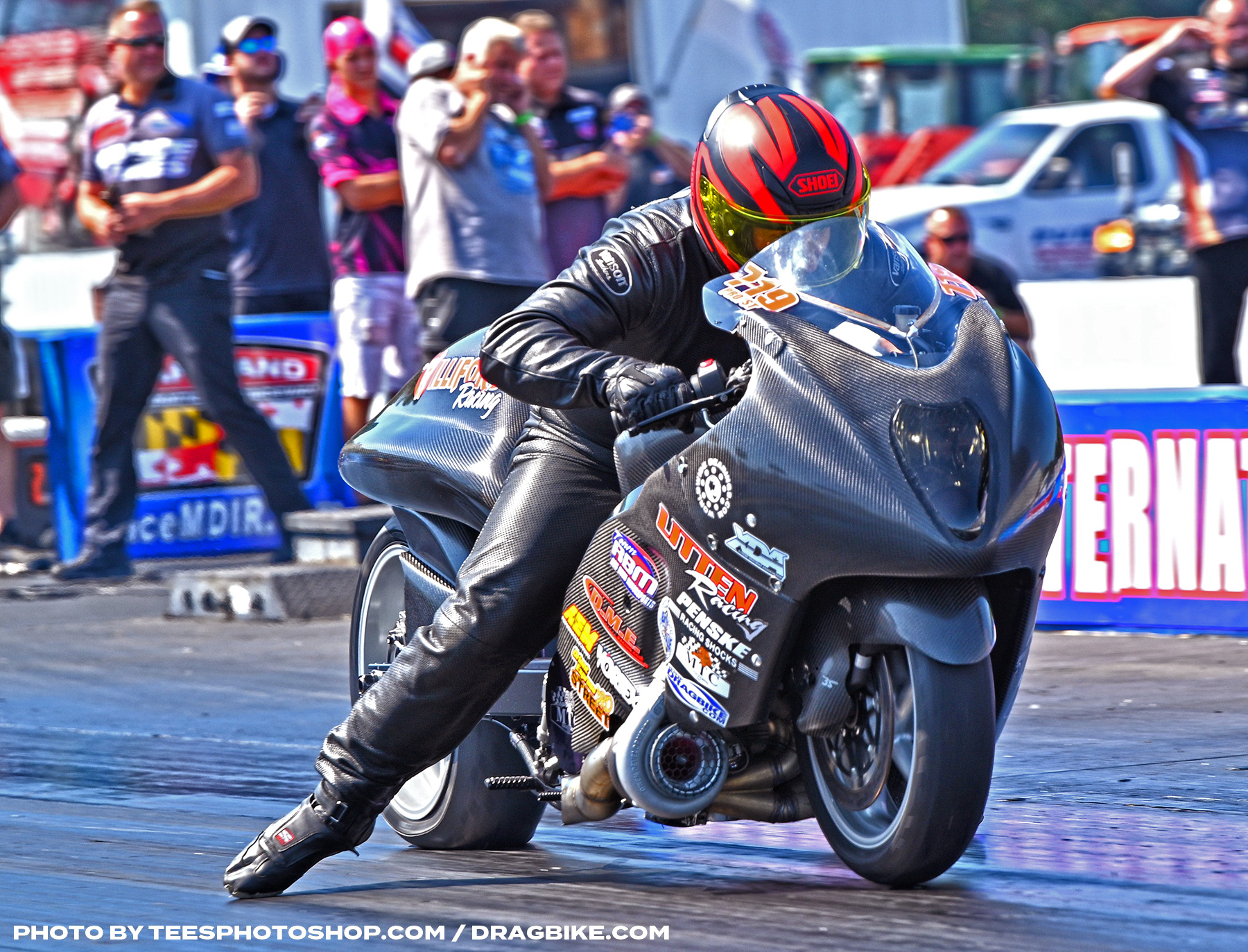 The DME Racing 7-second, 190mph Real Street class saw participation growth last season, and this year we are looking to see performance growth. Jeremy Teasley holds the ET record at 7.539 with the AM Performance GSX-R1000. Eddie Chapman has held the MPH record at 195.17 since 2018. With many new riders entering the class last year, they know what to expect, and that will tighten the competition in this highly completive class. Champion sportsman racer Ben Knight spent the majority of last season Side by Side racing. He will return to motorcycles with his first Pro class entry on his new DAS Performance built ProCharger Hayabusa entry. If you have ever raced against him in the sportsman classes, you know there is no quacking in his lane. Be ready Cameron Teasley. 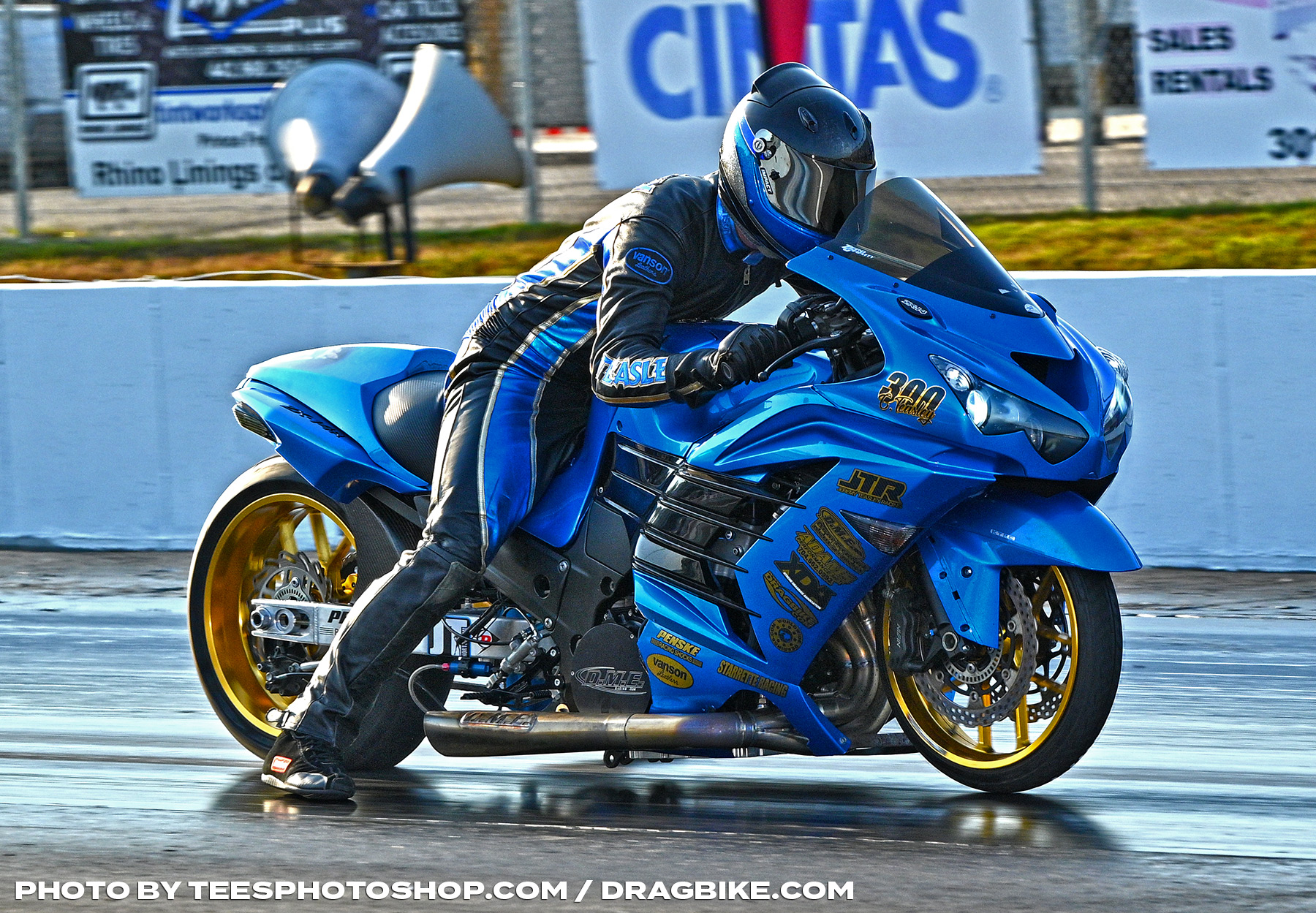 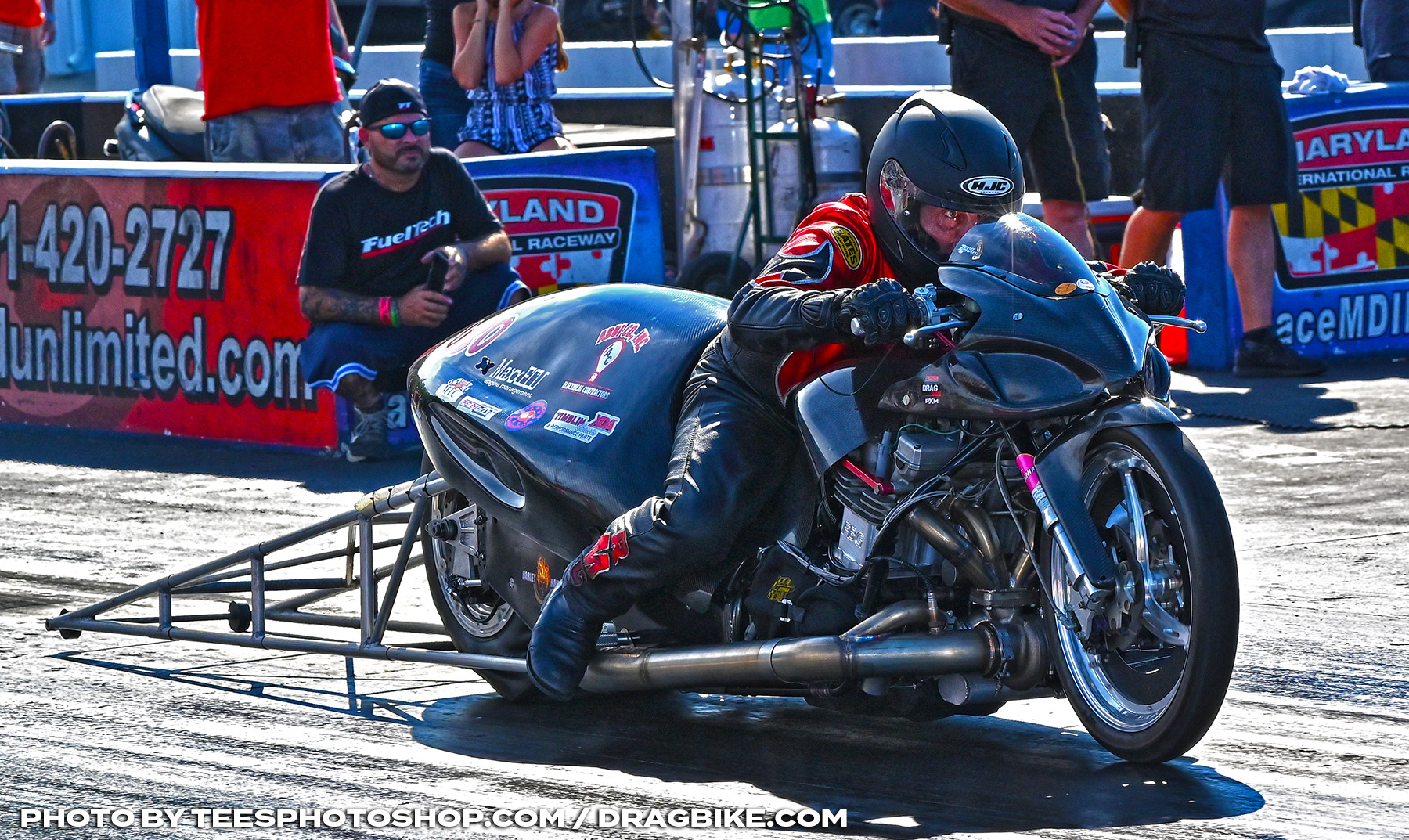 NEW for the 2020 season is the highly anticipated stock wheelbase HTP Performance Super Stock class. These 4‐stroke naturally aspirated production machines MUST be motorcycles originally sold for street use. This class features strict modification rules, stock wheelbase, stock motor, MR12 spec fuel, no air shifters, no dataloggers, etc. You can take the license plate bracket off if you want. The only thing these guys need to work on is their clutch hand. This riders class will see a full field next weekend on a diverse range of motorcycles. Suzuki, Kawasaki, BMW, Honda, and Ducati will all have representation.

The 1/8th-mile killers of the Vance & Hines 4.60 class ended the 2019 season in a tight points battle that will pick up right where it left off when this monstrous class fills the staging lanes Friday night. With full 32 bike fields at every event, the riders of our quickest index category must make a calculated play for the win light with only 660 feet of asphalt to work with. Last year Tyler Cammock’s Championship win broke a six-year record to become the first repeat champion of the class. 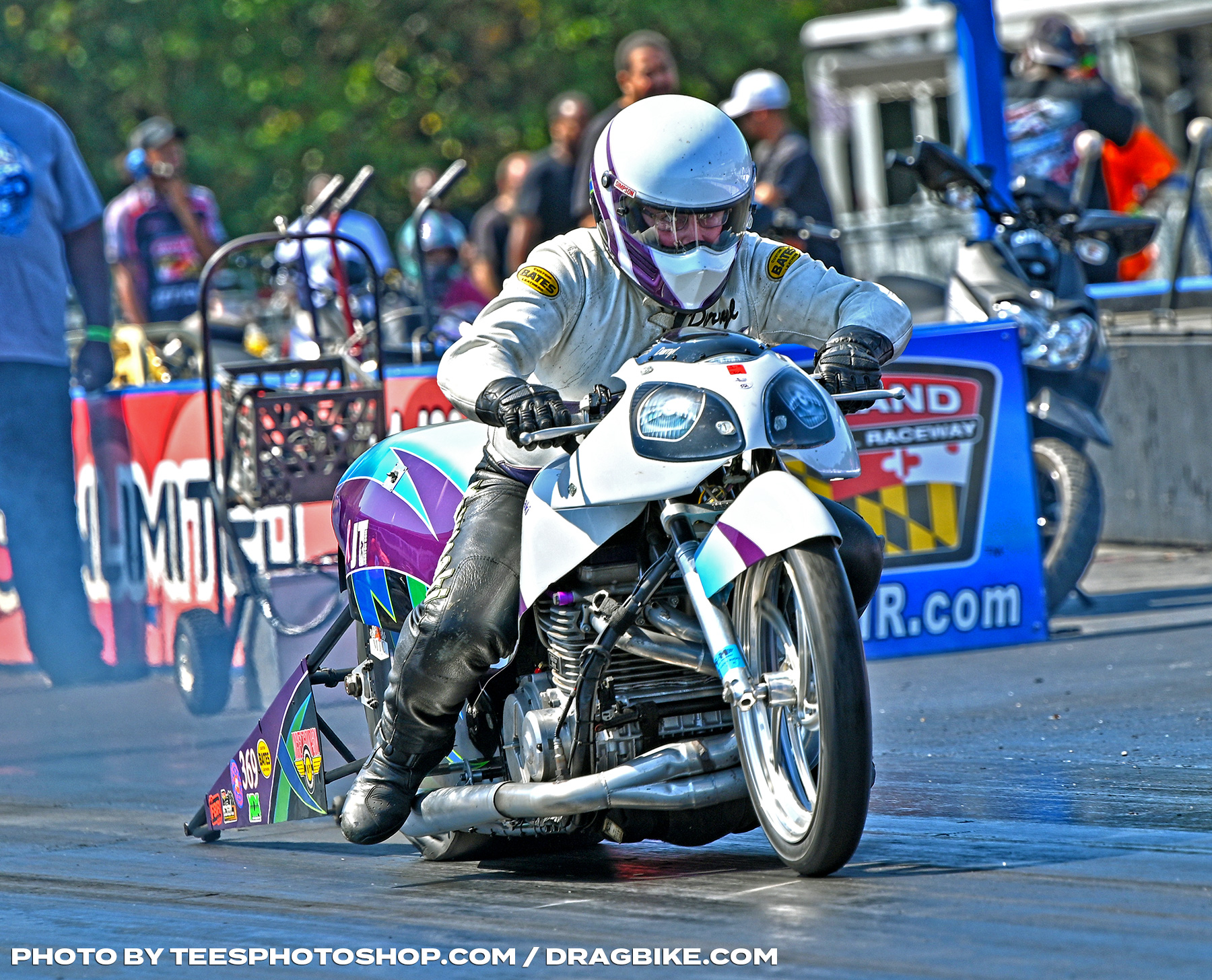 The Saturday night HTP Performance Afterdark Underground Grudge program will continue to feature APE Nitrous Bulls (Nitrous Bikes), Monster Bulls (Heavyweights), and the new Tommie’s Motorsports DMV Bulls (Smaller buy in) at all events. These No-Time classes feature very few rules and offer Grudge racers an opportunity to earn points for a year-end championship (except for the new DMV Bulls class). Typically, a lot of action is seen at the starting line from the team’s designated trash talkers. But you quickly find out who has the performance and who is just there to play. 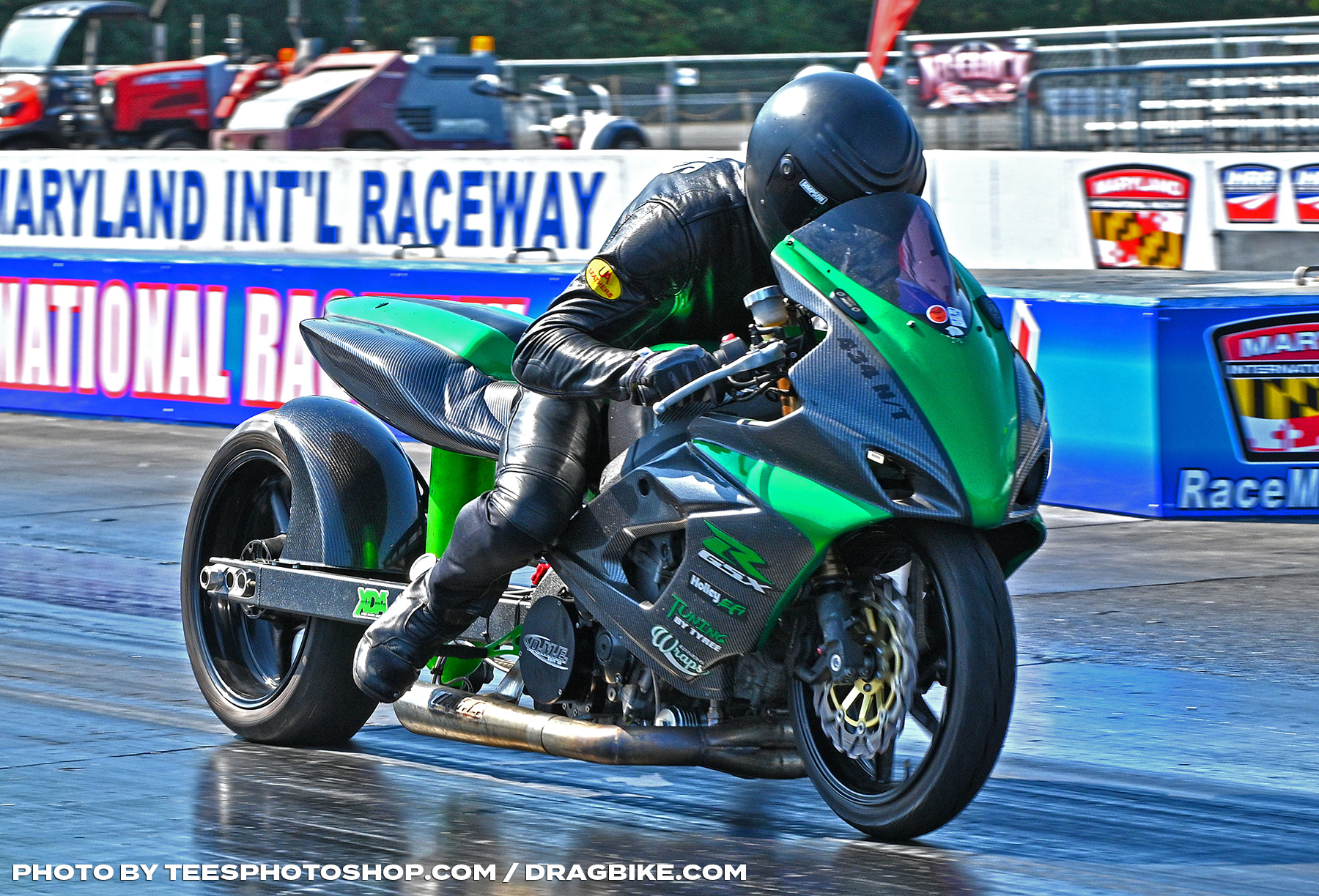 The Mickey Thompson Tires Top Sportsman class features the quickest bracket bikes in the country! The 32-bike qualified field runs on a .500 full tree and will see bikes running ET’s from the low 7’s to the low 8’s 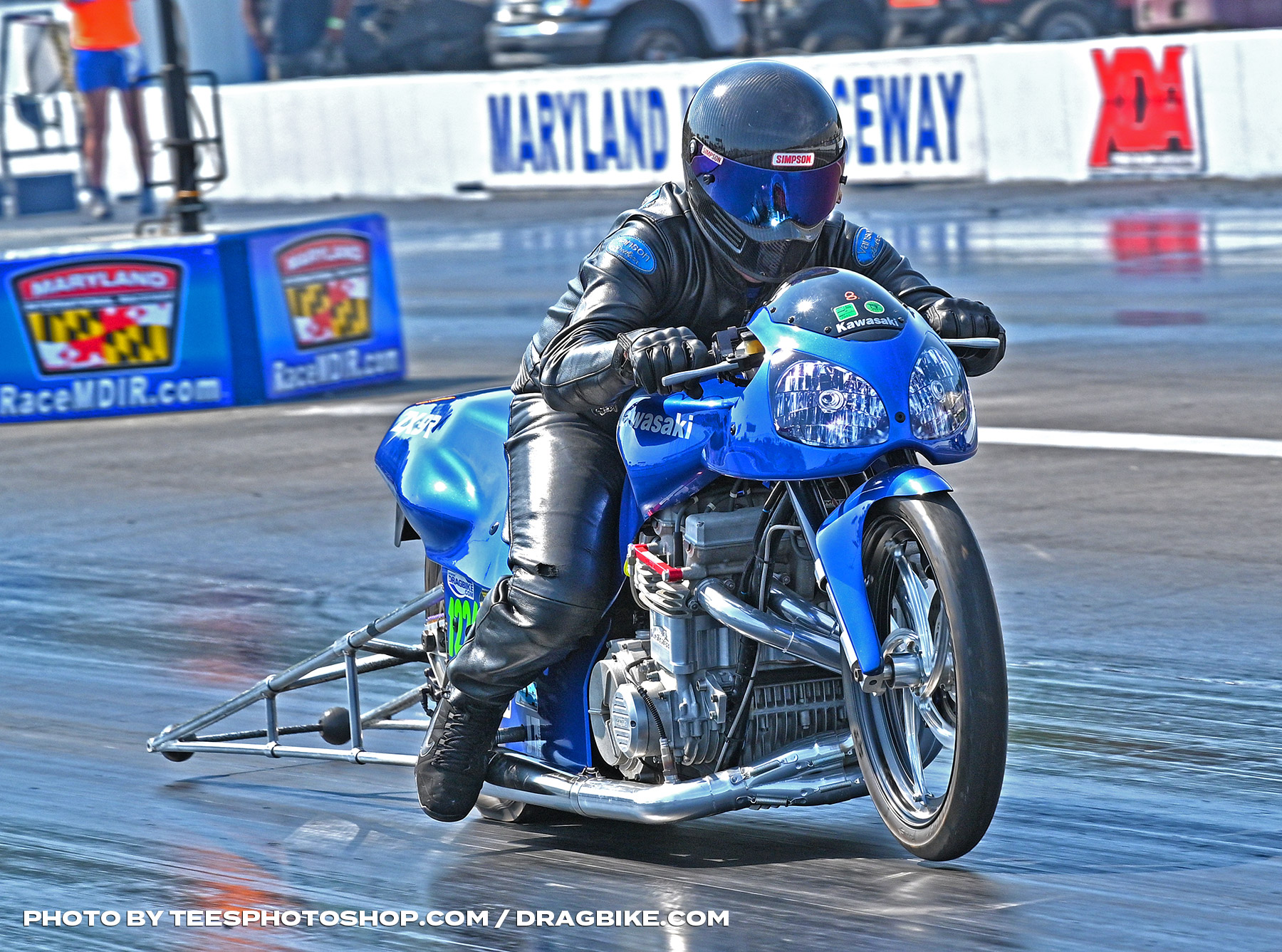 MPS Racing Pro ET is the biggest class at every XDA event. With two races in one weekend, racers have a chance to win $9,000 in payout. And with so many different types of variables in one class, you have no room for error. Last year this class saw 347 entries over the season!

The FBR Shop 5.60 index class had 114 competitors that participated last season. The competition was so intense is this 1/8 mile, .400 Pro tree class that the 2019 championship battle came down to the last pass of the last race of the year. With wheelie bar drag bikes and street bikes together on an even playing field, the action is nonstop in this class. 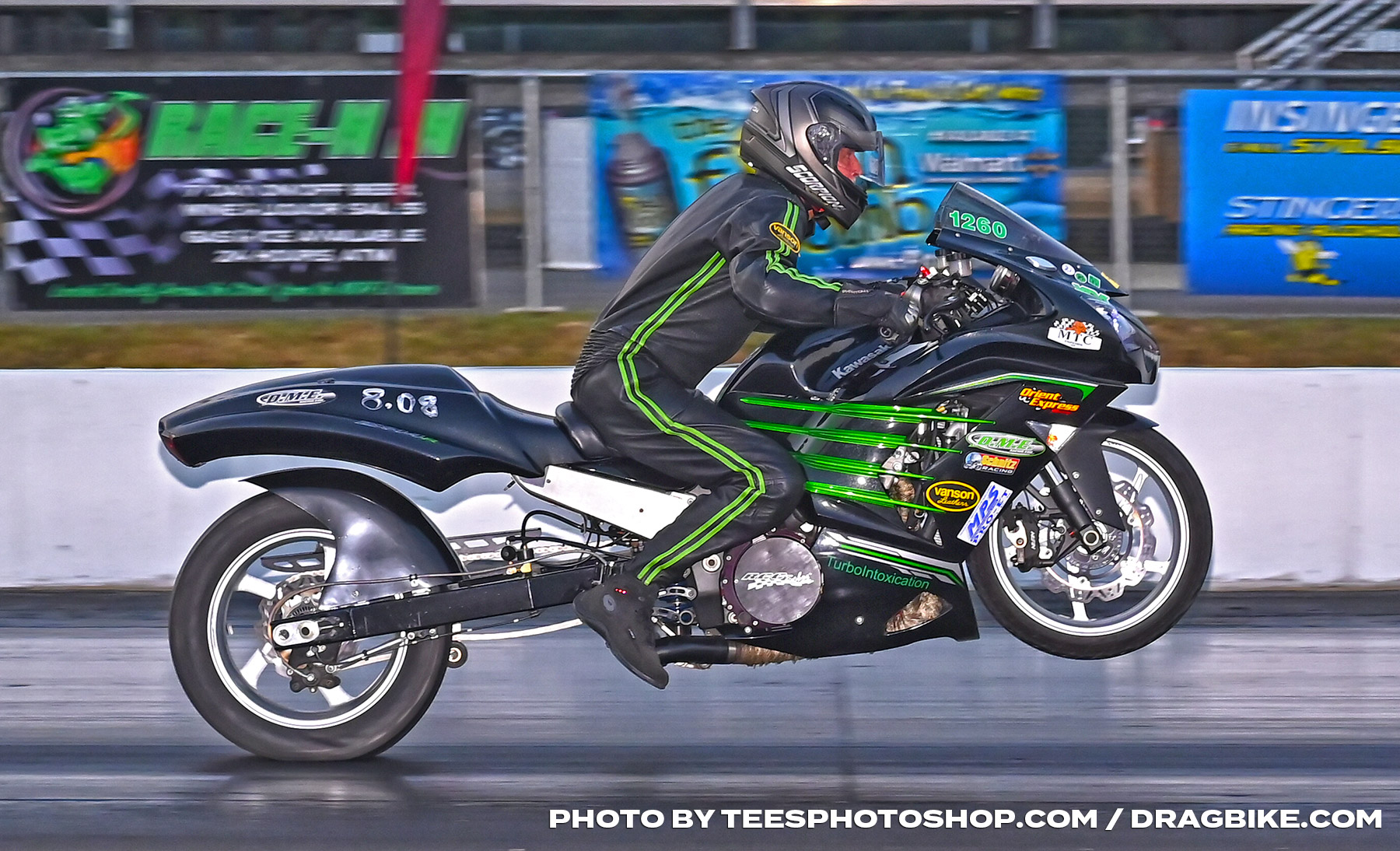 The street‐legal 8.88 index class of Crazy 8’s features over 50 entries at every event with some racers bringing extra bikes just to compete in this class. This class is a step up from Street ET and offers ultra-competitive competition. 2019 Champion Dustin Lee will be ready and waiting to defend his title. Who wants to take him on?

The Brock’s Performance Street ET sportsman class is for street legal motorcycles only and is great for new riders looking to get into the sport. A new clutch rule was put into place over the winter prohibiting lock-up and slider clutches to help bring this class back to its original roots. We encourage anyone who has been thinking about racing to come out to an XDA event and make your first competition pass down the best-prepped track in the county. 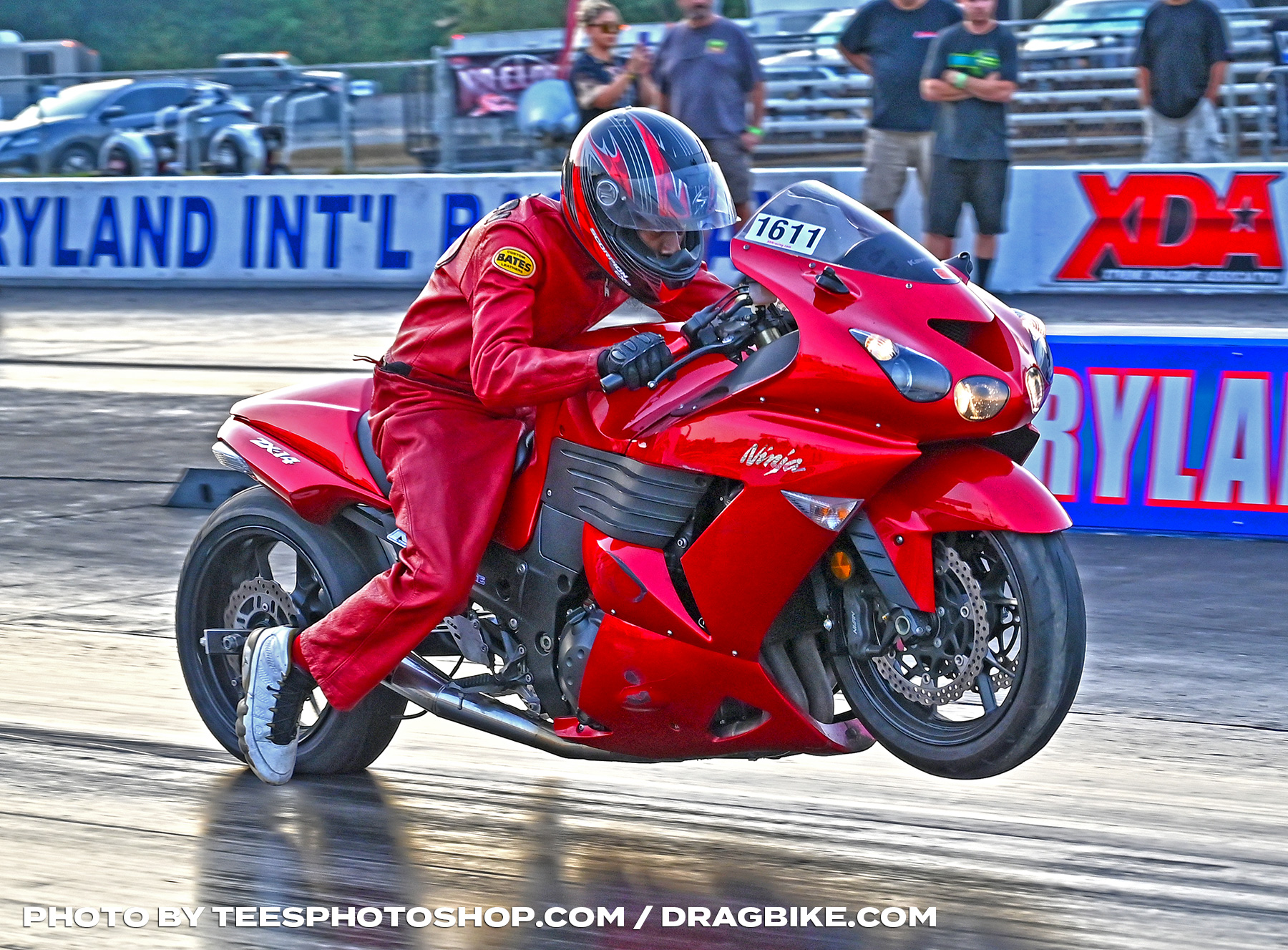 The 2019 XDA Champions and Top 10 in each class will be honored during the Awards Ceremony on the main stage on Saturday at 5pm. As a bonus, sponsor Platinum Fleet Repair will be giving out $1,000 in cash prizes, and anyone in attendance during the ceremony has a chance to win! We will also feature a Graduate’s walk to anyone from our racing family that has recently graduated from high school, college, or other learning institutions. E-mail Fabian Brown for more info at fabian@dragbike.com

There will also be an XDA cornhole tournament played on Friday and Saturday nights in the pit area at each event this year. There will be 3 sets of cornhole boards in play with a $50 buy-in per team, with a total of 10 teams permitted to play for a total pot of $500 per night. See Mac McAdams and Jimmy Shifflett for details on signing up in the pit area.

With over 700 racers attending events from all across the world, legendary Miller track prep, excellent media coverage, and a dedicated team of XDA officials at the helm, the XDA is your place for motorcycle drag racing. Come try us out!